Few novels hold a place in our culture as bright and distinct as F. Scott Fitzgerald’s The Great Gatsby. With its enigmatic and magnetic protagonist, Jay Gatsby, the intriguing narrator in Nick Carraway, and of course Fitzgerald’s writing style, there’s nothing quite like it. Most have us have been somewhat hypnotised by the famous green light.

In this blog post, we look at F. Scott Fitzgerald’s writing style and what makes this portal to the jazz age and the American dream so compelling!

The birth of The Great Gatsby

I want to write something new – something extraordinarily beautiful and simple and intricately patterned.
—F. Scott Fitzgerald

That was The Great Gatsby, which F. Scott Fitzgerald began in the wake of wild times had with his wife Zelda, their friends, and total strangers in New York City and on Long Island in 1922. Fitzgerald wrote steadily through 1923, and had a first draft of the novel finished by April 1924.

‘Trimalchio’ was the title of the finished novel, which he submitted to his publisher, Max Perkins, in October 1924.

Maxwell Perkins enthused about the novel’s glamour (you can read their exchange of letters below), but was uncertain about the way the character of Jay Gatsby was revealed.

In 1925 Fitzgerald and his wife, Zelda, spent six weeks in Rome and on Capri, where Fitzgerald revised the book to meet Perkins’s recommendations and in April of 1925, six months after the initial draft had been sent, The Great Gatsby as we now know it was published.

The Great Gatsby commonly ranks as one of the best novels of the last century, so I think it bears close study. (Hunter S. Thompson wrote out the entire novel to learn what a beautiful writing style felt like.)

I’ve been reading both F. Scott Fitzgerald’s versions of the book side by side; the original, Trimalchio, and The Great Gatsby as we know it today. You can buy Trimalchio here on Amazon if you’d like to do the same.

The first three chapters of both are almost identical. In the first chapter, we see just one change, which tells us this chapter was carefully constructed and set in stone. Not a word of it was accidental, haphazard or ‘lucky’. 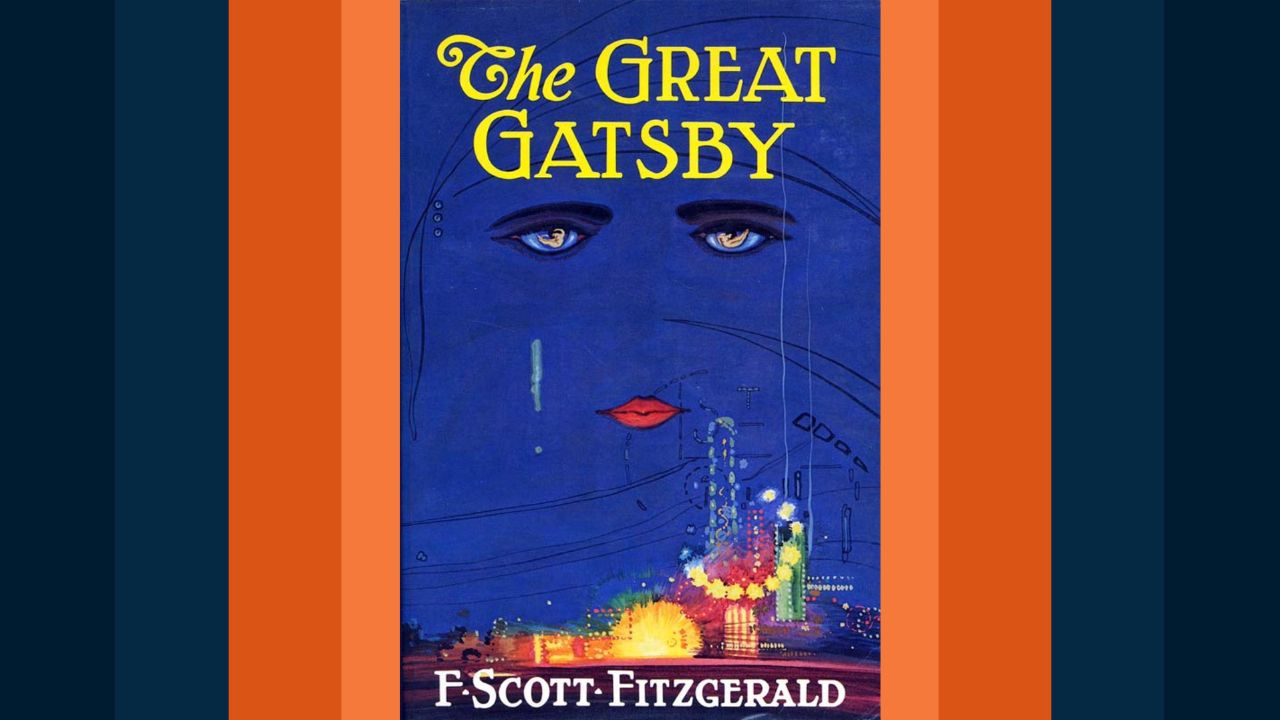 It’s in the first chapter that the writer sets out her or his stall; it’s the master plan. The tone is set, the writing style, and the theme too, as a directive for all that follows throughout the novel. That’s why we struggle over them so. I write and re-write mine hundreds of times, possibly over a thousand, checking the coding and inference and implication of every word.

I’m a bit surprised by the content of The Great Gatsby’s first chapter after a more forensic look at it.

For instance, I’ve always thought that ‘good’ writing styles, proper practice, meant avoiding repetition of the same words. I’m careful not to do so within a book, let alone a chapter.

But Fitzgerald repeats certain words, deliberately obviously, and we can get insight into what he was up to.

What does that mean in material terms? It means colour, elements of nature and heightened sensibility and tangible emotion.

Neurolinguistic programming in The Great Gatsby

Of course, Fitzgerald is writing long before the term Neuro-Linguistic Programming (using language to programme behaviour) was invented in the 1970s. But essentially, what he’s doing here is akin to what Derren Brown does.

Several authors have claimed that Brown uses neuro-linguistic programming (NLP) in his act, which consists of a range of magical ‘tricks’, misdirection and, most intriguing, setting up audiences to provide the response that he wishes them to provide by using subtle subliminal cues in his conversation with them.

In his book Tricks of the Mind, Brown mentions that he attended an NLP course with Richard Bandler, co-creator of NLP. The language patterns which he uses to suggest behaviours are very similar in style to those used by Richard Bandler. Derren Brown uses repeated words to strongly condition the audience’s response.

The connection between NLP and Fitzgerald’s literary devices

I worked for a while at a small ad agency where my job as their copywriter creative director was to use a similar technique in marketing brands. It made for very dull reading.

Nevertheless, it’s what Fitzgerald is doing purposefully in the powerful first chapter. He is repeating words to create patterns that form a beautiful net. Think of it as an alluring spider’s web, which entraps the reader in this alternative ‘beautiful’ world.

(To ensure literary acclaim, he uses a few well-turned aphorisms, as one does, in the first chapter, since the critics and awards judges will make their minds up there.)

But this is a popular, populist book, created to hypnotise and persuade, to lure and involve.

What Fitzgerald tells us with his word choices

They fall into these thematic categories:

I’d be unlikely to use the word romantic five times in a novel, let alone a first chapter. These are really significant numbers that hint at the deeper meaning Fitzgerald hoped to convey through his word choices.

Got it? There’s the copy DNA.

The introduction of Daisy Buchanan

Daisy is namechecked as a character the most in the chapter, at 28 mentions. It is Daisy who is the guide to this other transient, translucent world of fictitious beauty.

The other girl, Daisy, made an attempt to rise – she leaned slightly forward with a conscientious expression – then she laughed, an absurd, charming little laugh, and I laughed too and came forward into the room.

She laughed again, as if she said something very witty, and held my hand for a moment, looking up into my face, promising that there was no one in the world she so much wanted to see. That was a way she had. She hinted in a murmur that the surname of the balancing girl was Baker. (I’ve heard it said that Daisy’s murmur was only to make people lean toward her; an irrelevant criticism that made it no less charming.)
—F. Scott Fitzgerald, The Great Gatsby

By looking at the copy DNA of the first chapter, we can get powerful insight into the purposeful way Fitzgerald worked to create the great rose-tinted bubble of The Great Gatsby.

We have no need to be ashamed of repetition. We need to control the material while achieving the illusion that the words are unfolding as naturally as events do in a way that is as low and thrilling as Daisy’s timbre.

I looked back at my cousin who began to ask me questions in her low, thrilling voice. It was the kind of voice that the ear follows up and down as if each speech is an arrangement of notes that will never be played again. Her face was sad and lovely with bright things in it, bright eyes and a bright passionate mouth – but there was an excitement in her voice that men who had cared for her found difficult to forget: a singing compulsion, a whispered “Listen,” a promise that she had done gay, exciting things just a while since and that there were gay, exciting things hovering in the next hour.
—F. Scott Fitzgerald, The Great Gatsby

Fitzgerald uses his words with forensic application. This novel is more than a medley of rhetorical devices or descriptive sentences. Fitzgerald builds a sentence word by word, fashioning the house of his novel with the right bricks. That’s how ‘genius’ happens – deadly focus, pre-consideration, tight deployment, determination; vision and revision.

Scott Fitzgerald keeps his eye on the central question of the novel – who is the main character, who is James Gatz? Gatsby’s parties aren’t there for the descriptive details or a picture of the American dream, they’re as a means of having characters repeat those three most important words of the story to the reader; who is Gatsby?

You’ll find plenty more food for thought on our novel writing course and discover how other writers built their novels too, sentence by sentence, draft by draft. 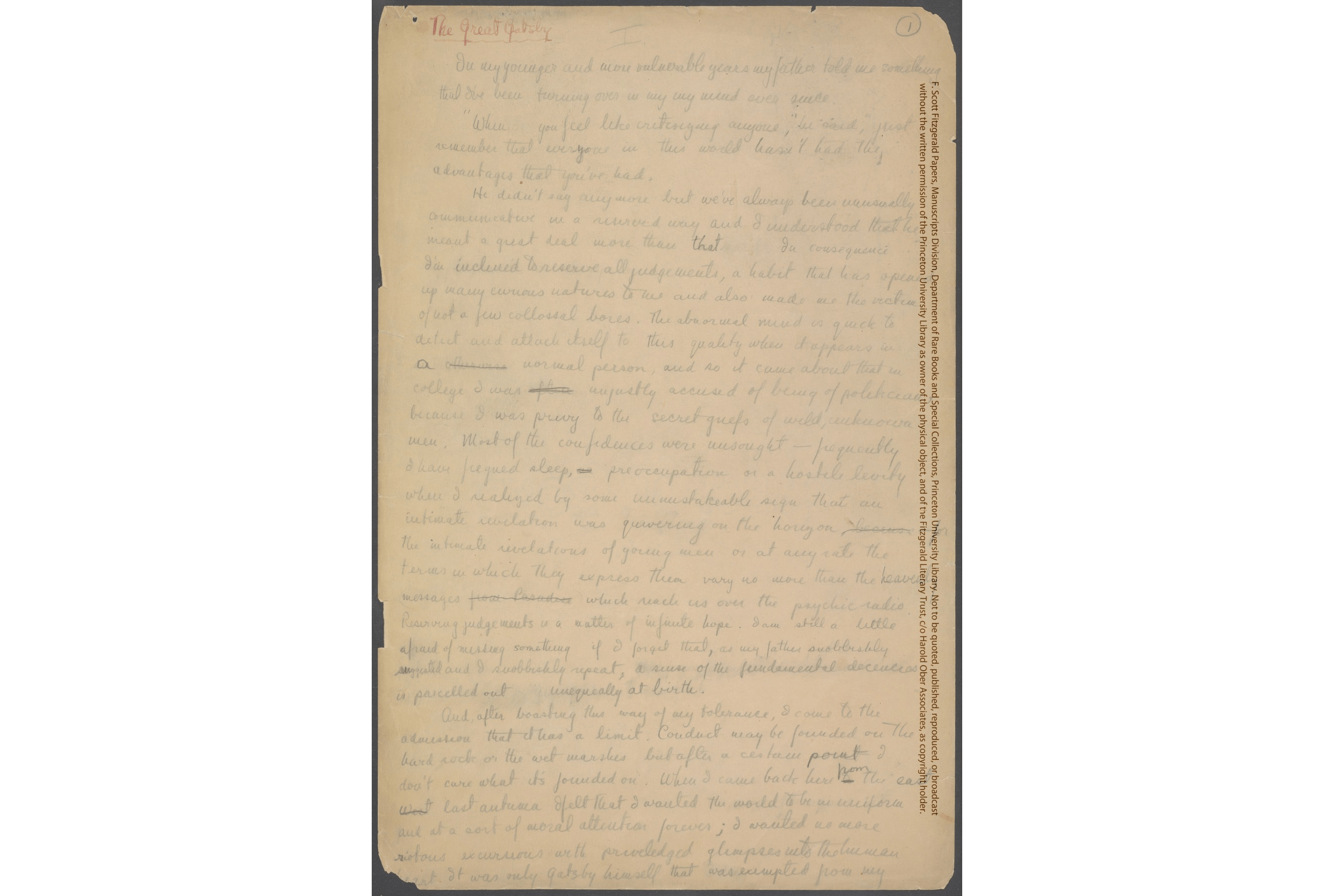 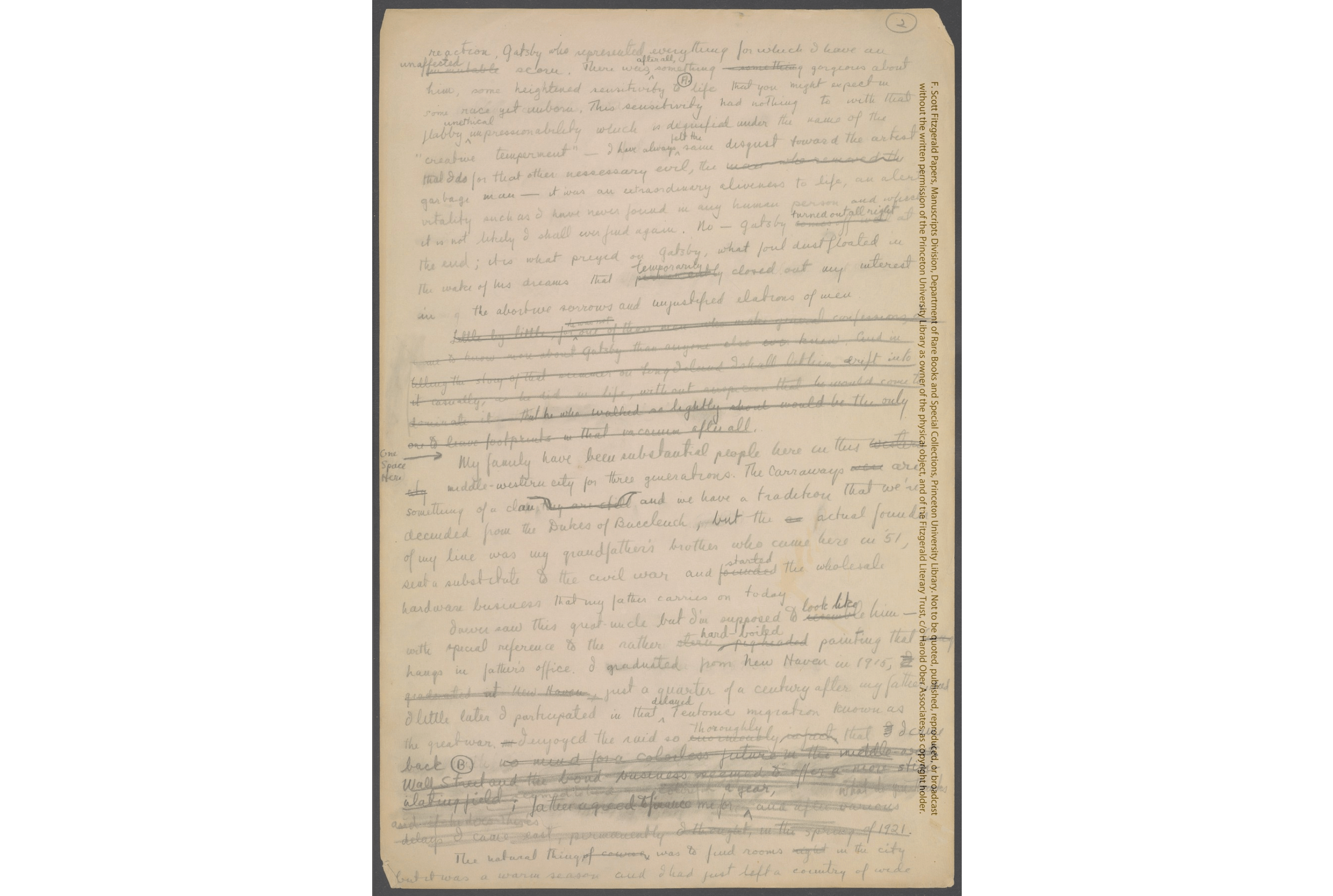 Write like great Scott. With The Novelry. Join us and start writing with our online creative writing courses.