We submit our writers work to global literary agents who work internationally and are AAA and AAR members.

Join us and get on the fast track to being published!

It’s a love story with a happy ending.

We pitch our authors' work directly to leading literary agencies. We're able to sing your praises and give you our recommendation when your work is ready. The success rate is high. We work with leading global literary agencies who represent authors in every country. Our literary agents cover the globe, working internationally and are AAA and AAR members representing authors in every genre of fiction to secure them publishing contracts with the major publishing houses.

Literary agencies like to receive work from The Novelry because the standard of work is reliably high.

We guide writers to prepare for submission whether that's through us, or flying solo. Get to the top of the agent's pile! 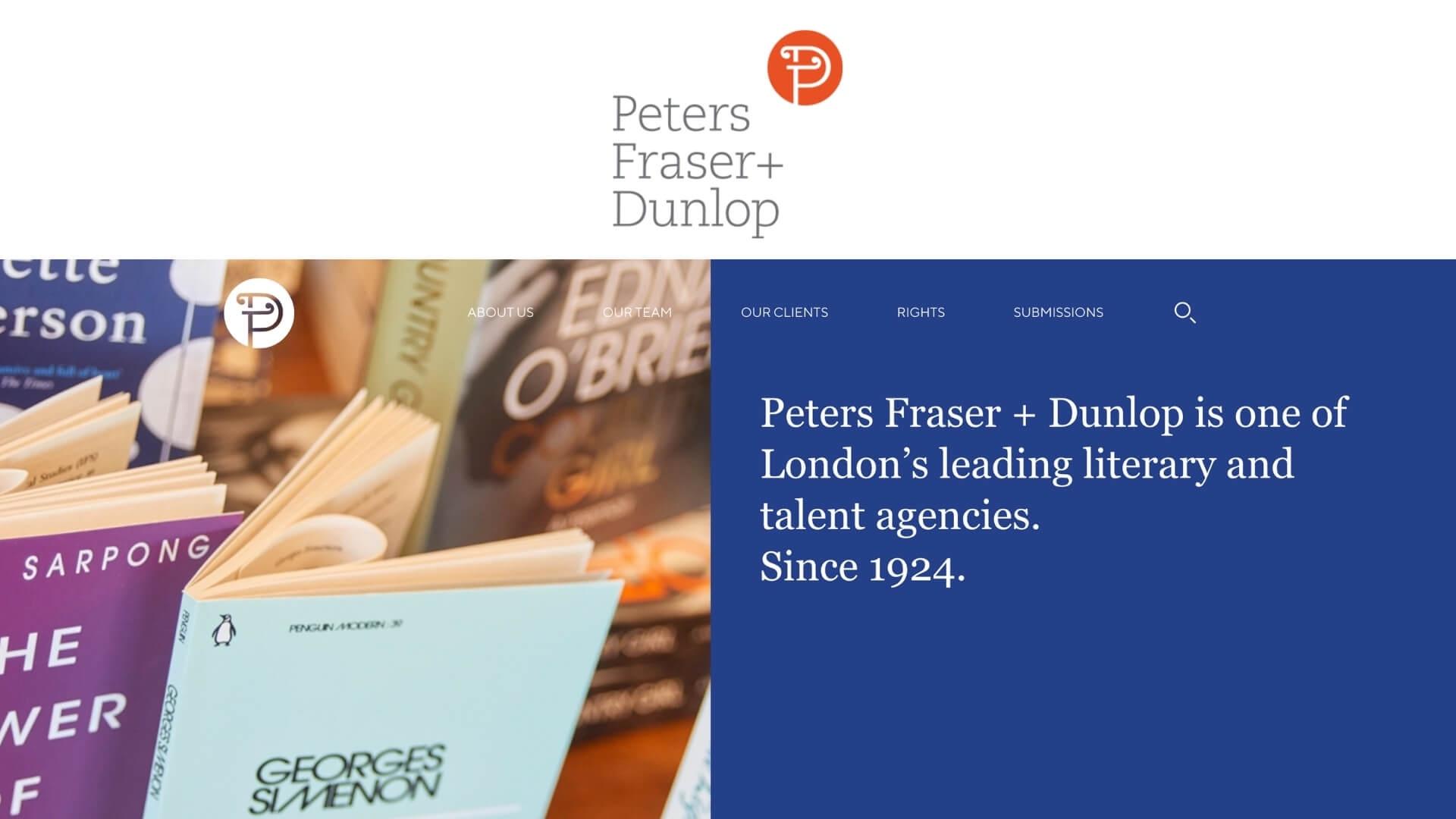 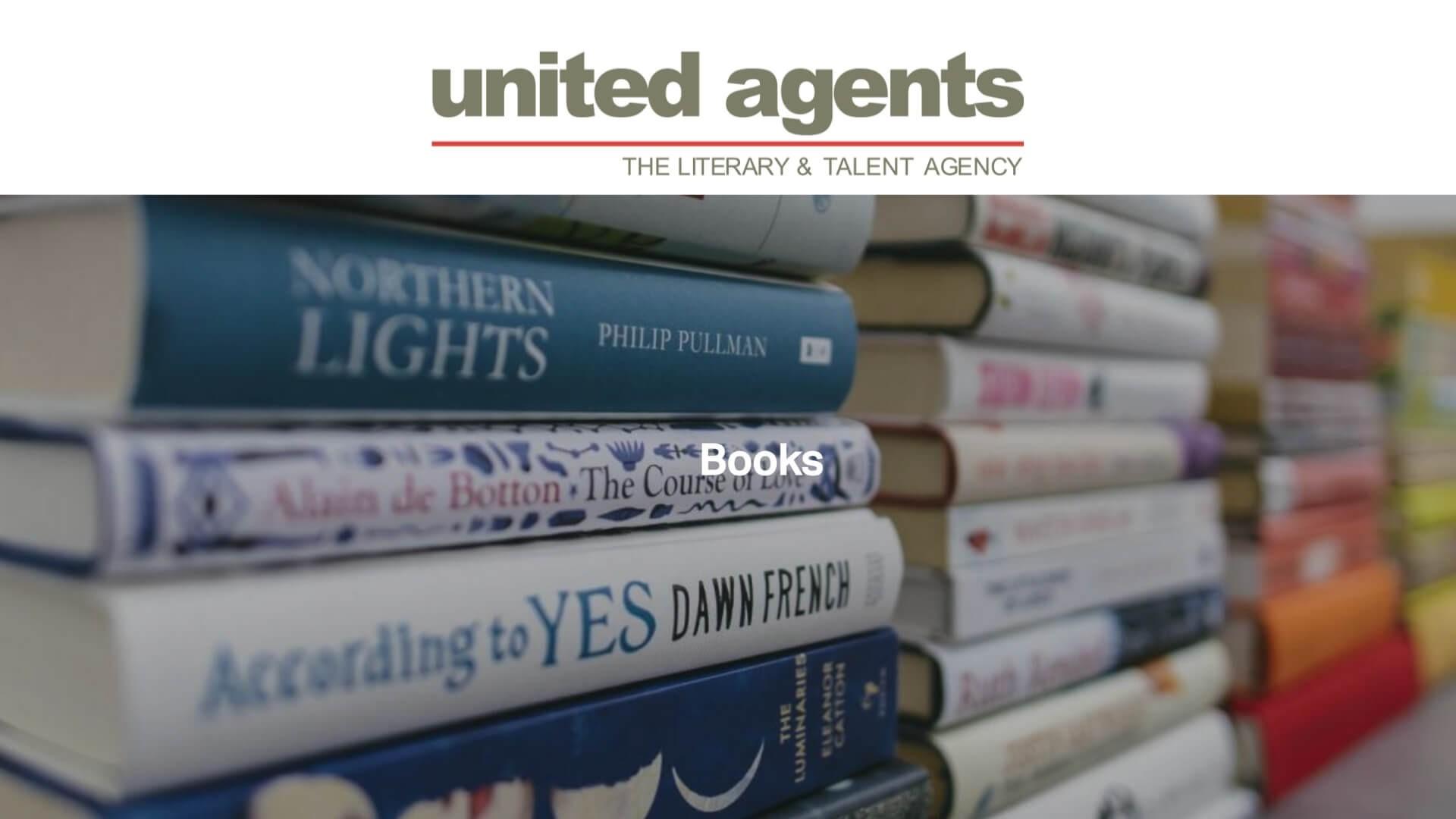 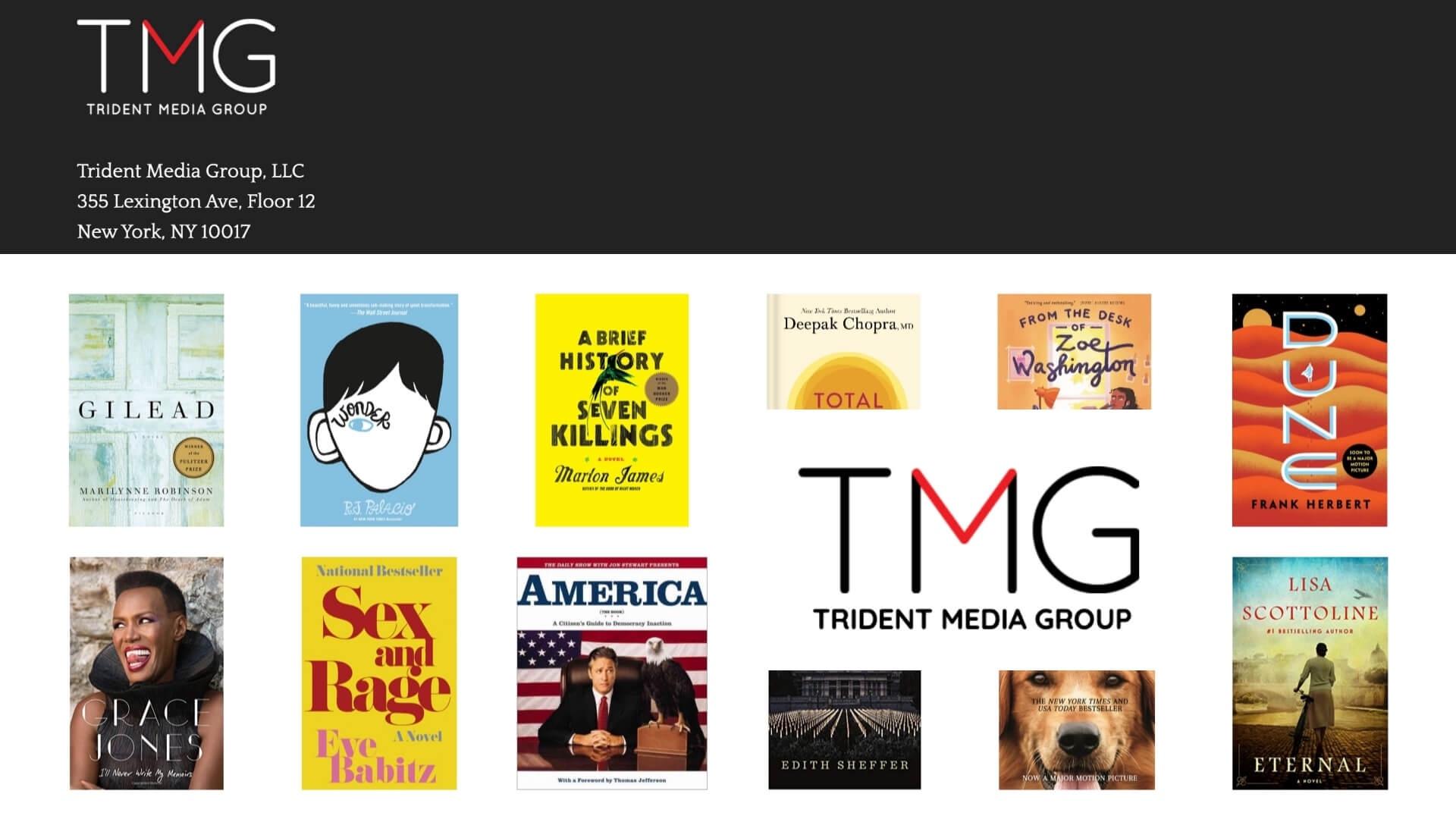 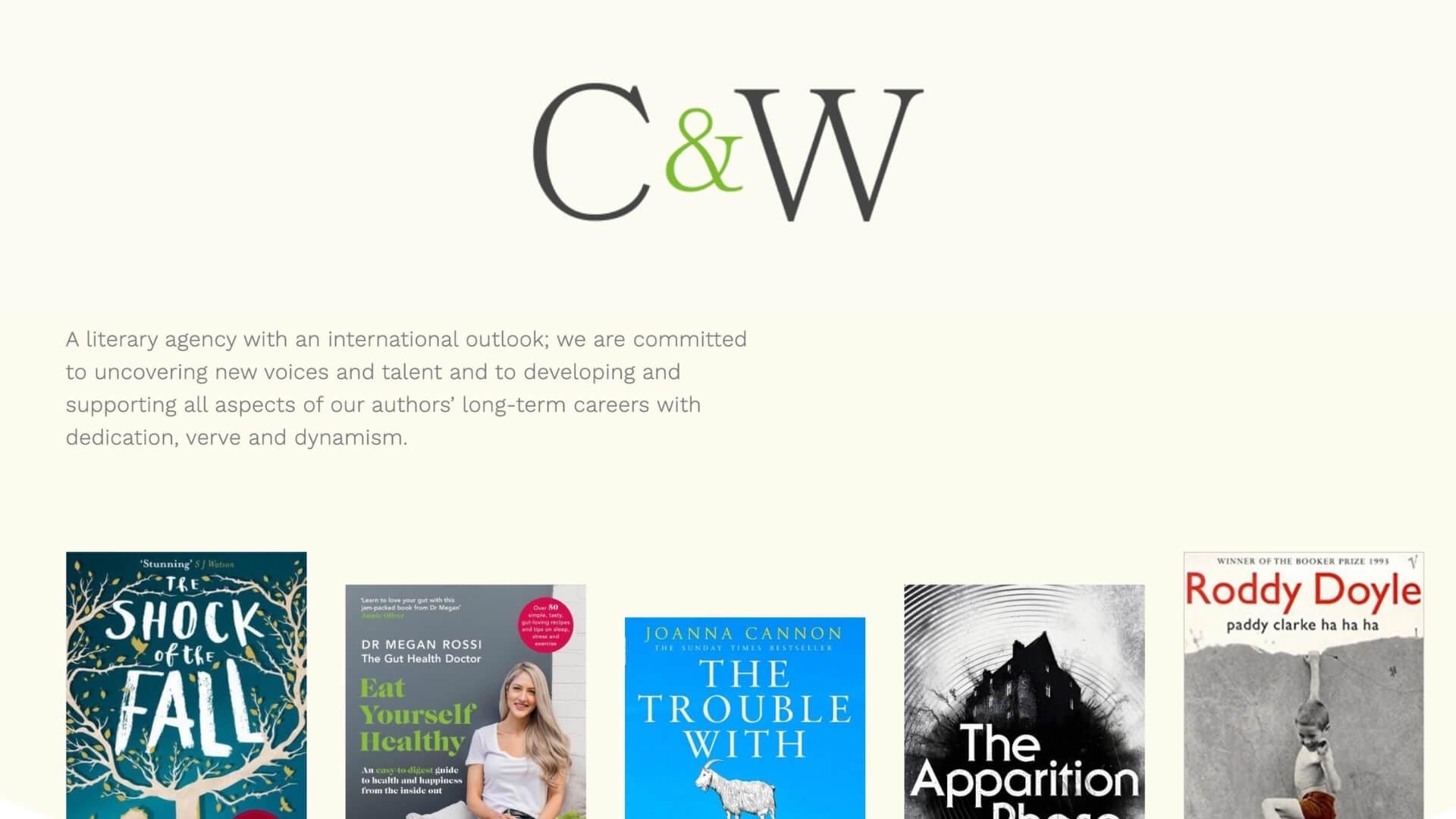 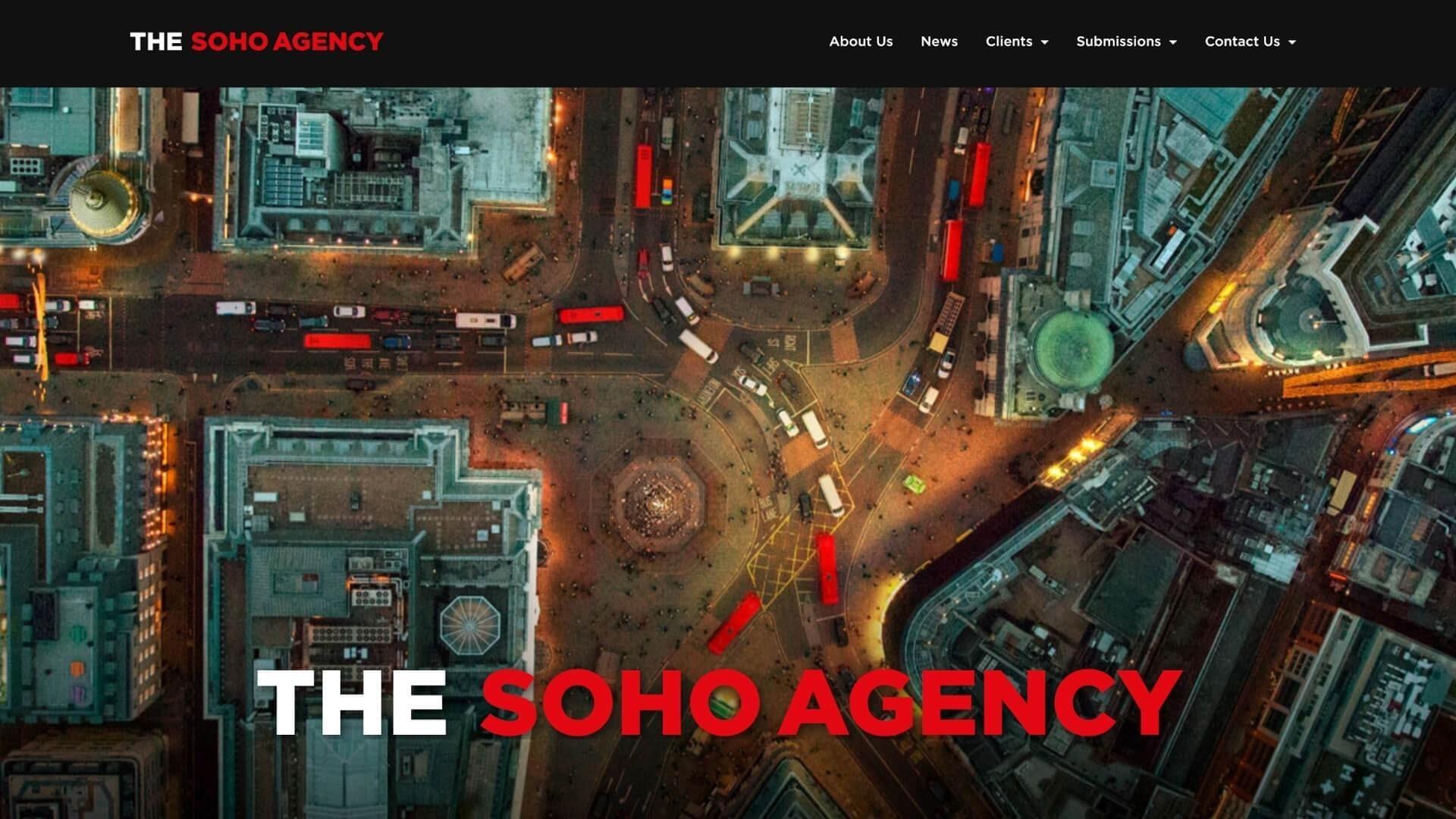 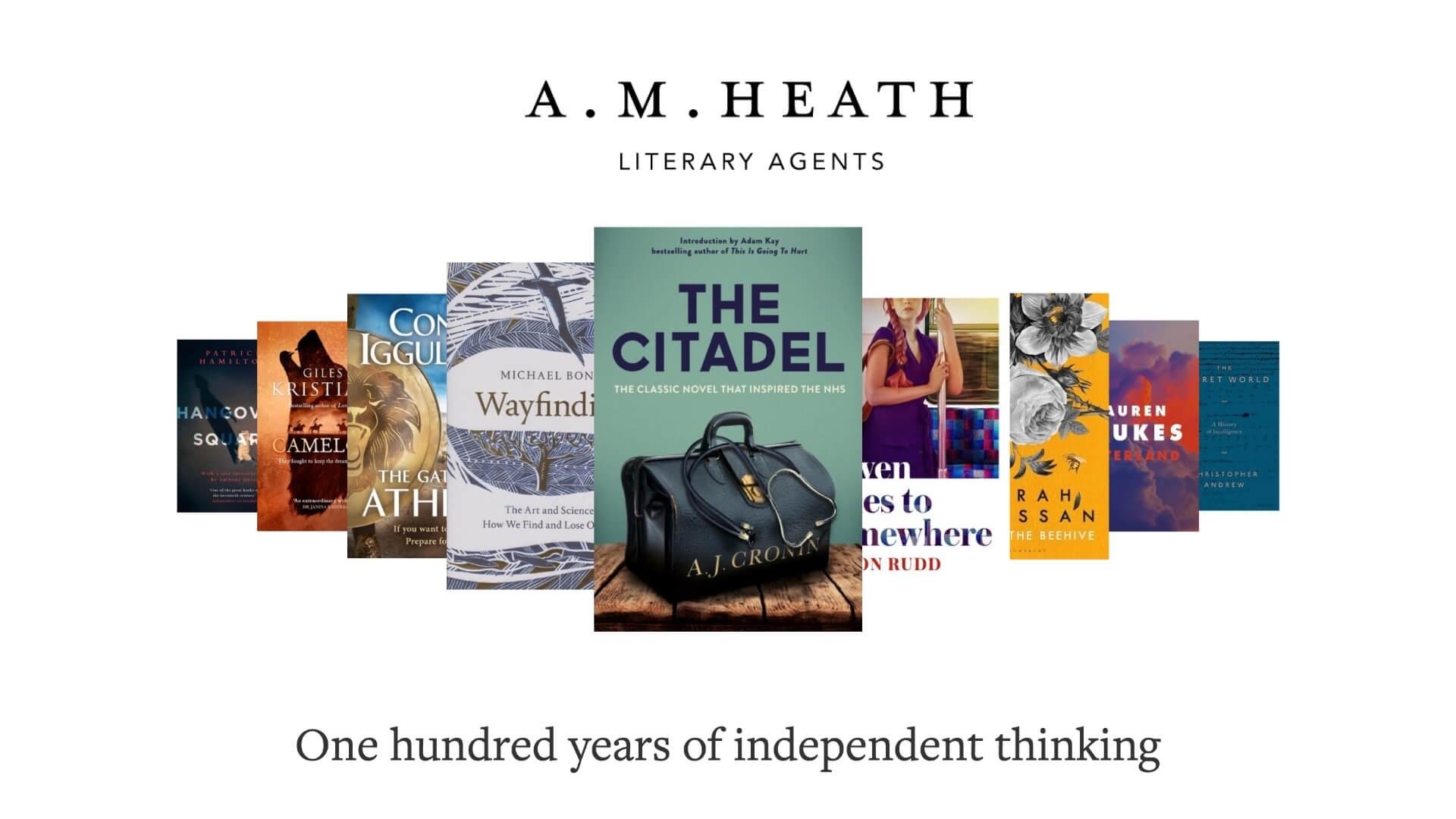 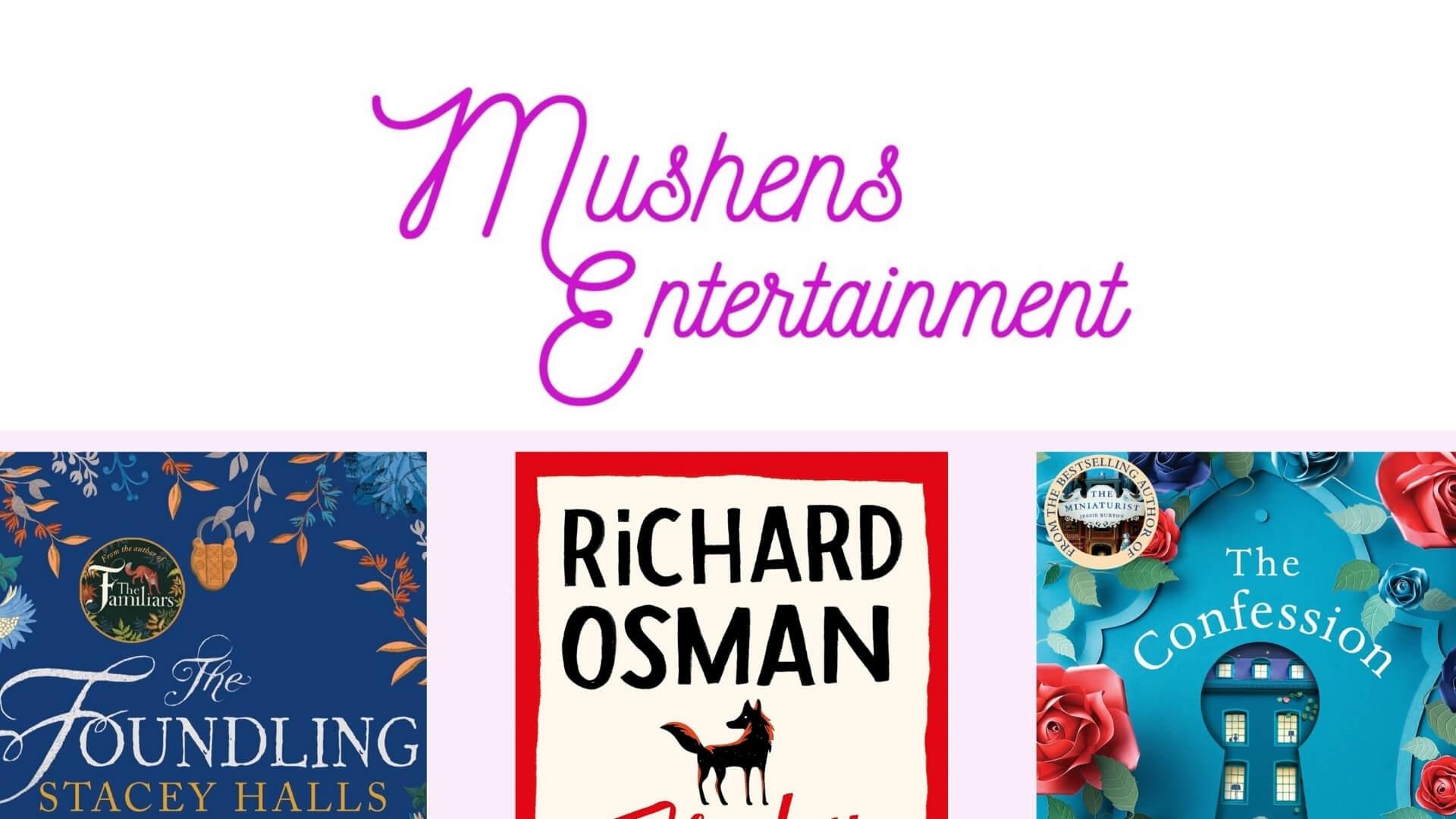 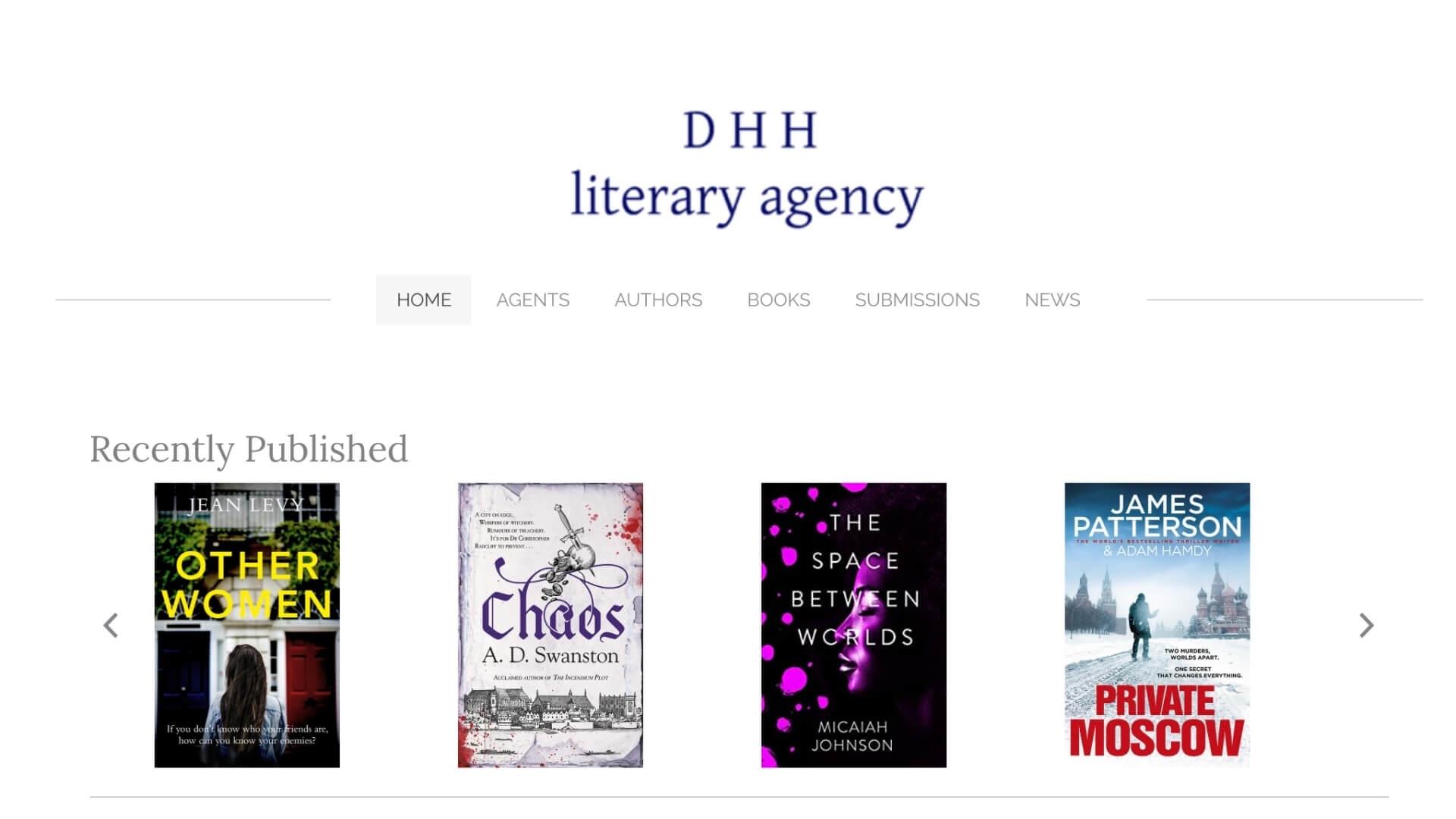 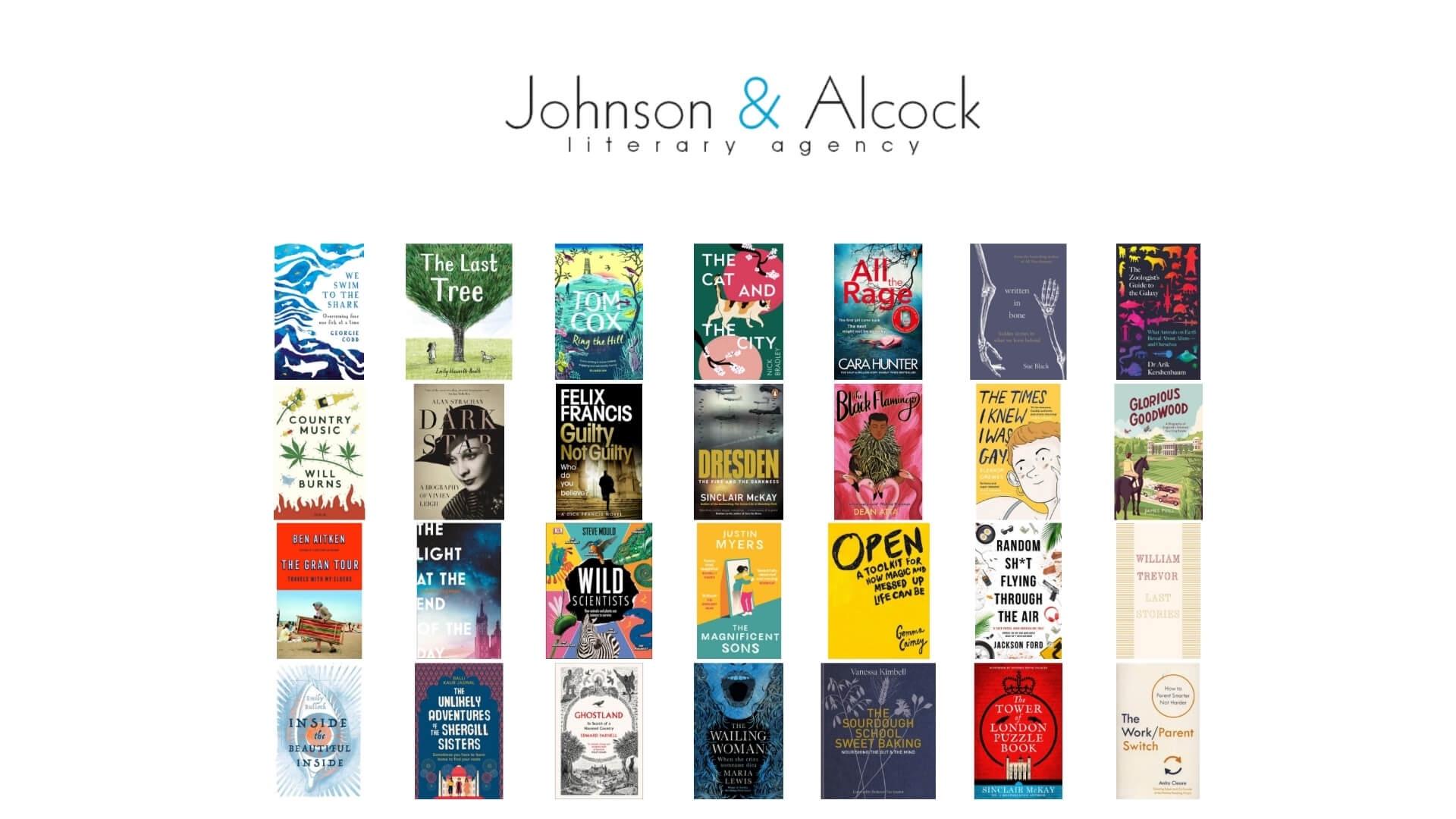 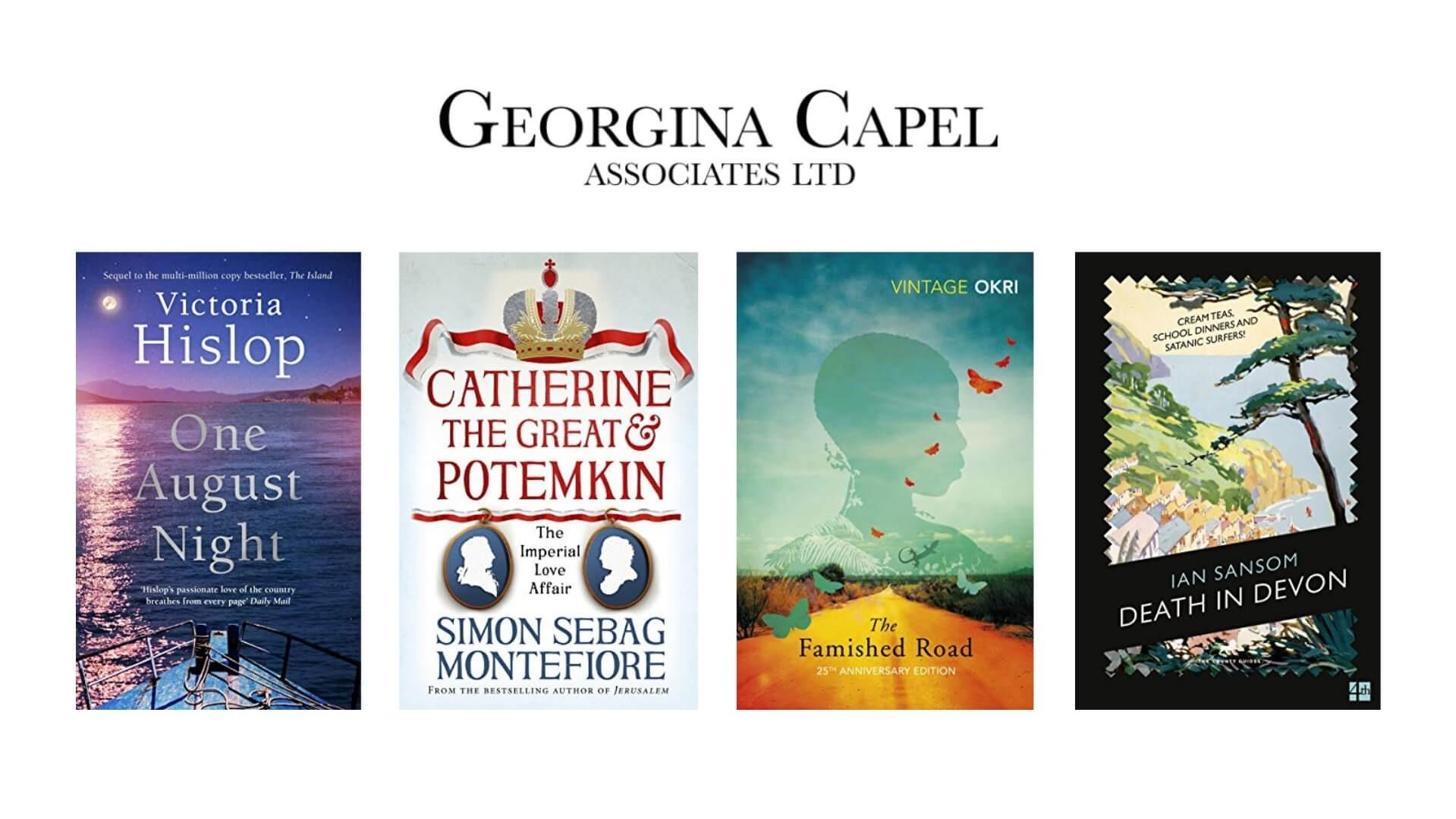 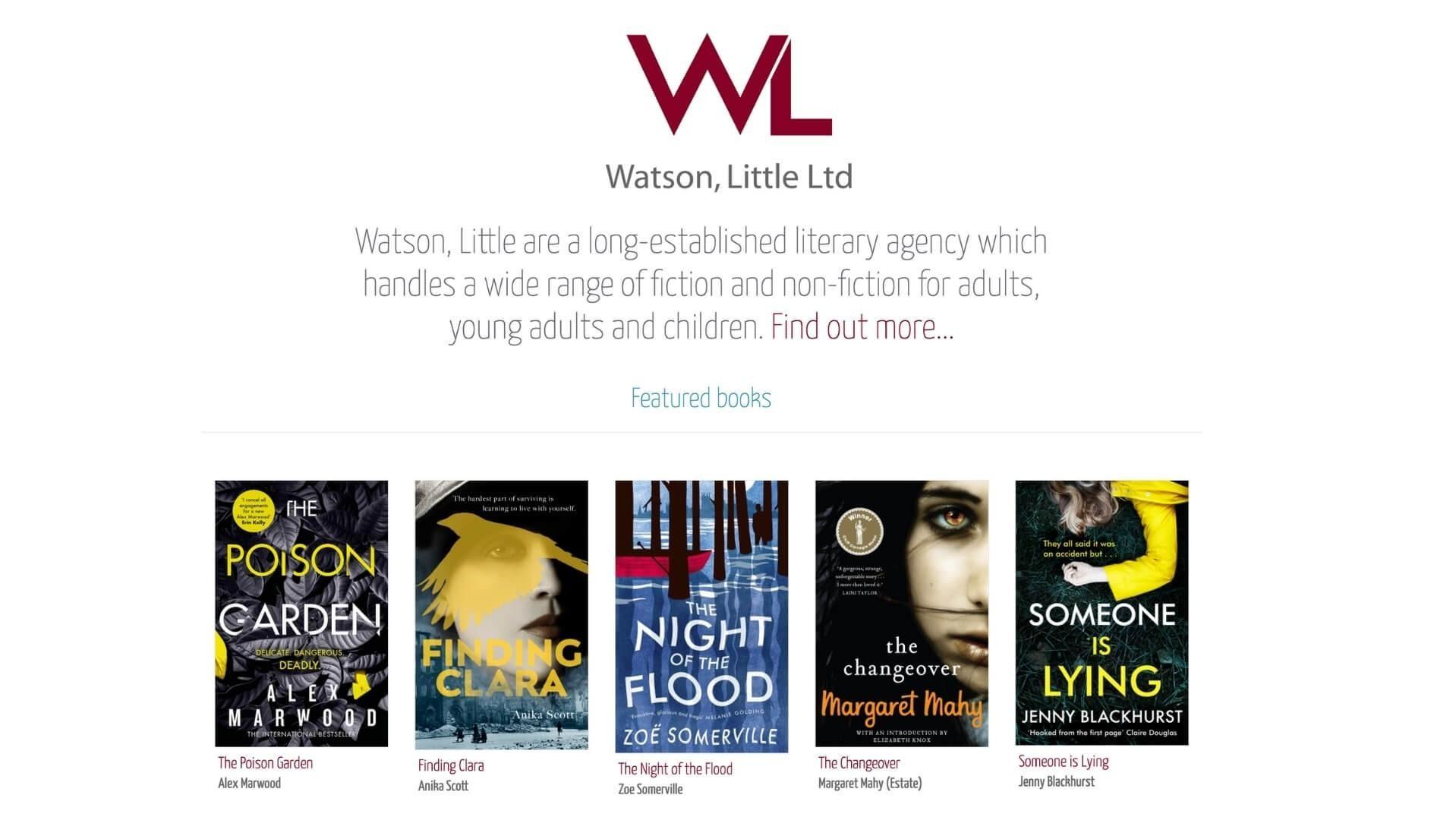 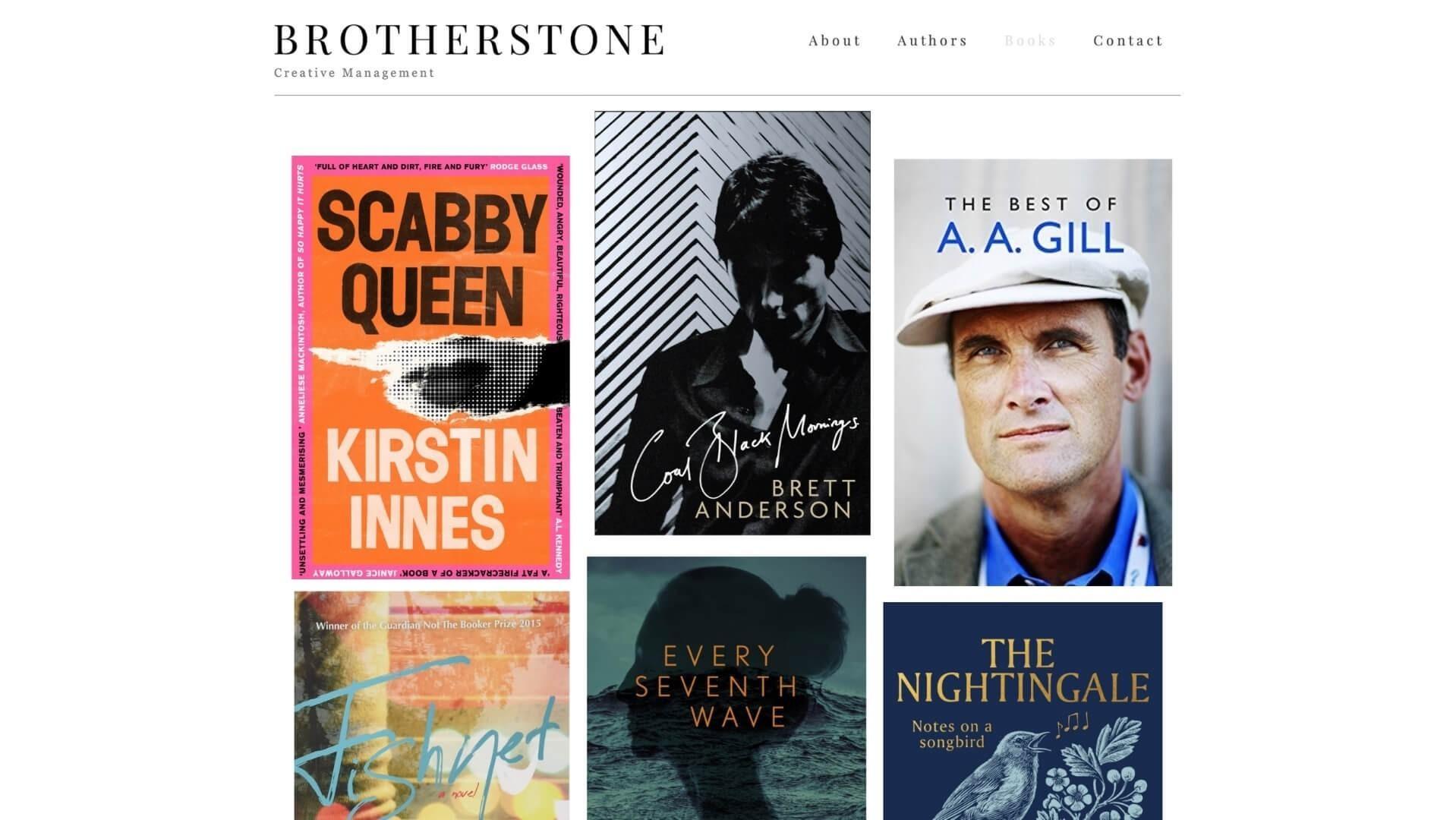 We approach making a submission on behalf of our course graduates as partners. We agree a plan and submit when we are confident of success. We don't ask for any commission and have no financial interest in any arrangement. We want our writers to get the agent who is just right for them, their work and career.

Working alongside agents gives us a chance to keep an ear to the ground with the market for fiction. It's our unabashed intention to do all we can to get our writers publishing contracts, and it's a great joy and privilege for The Novelry to be able to make that call to a writer to say - they love it! 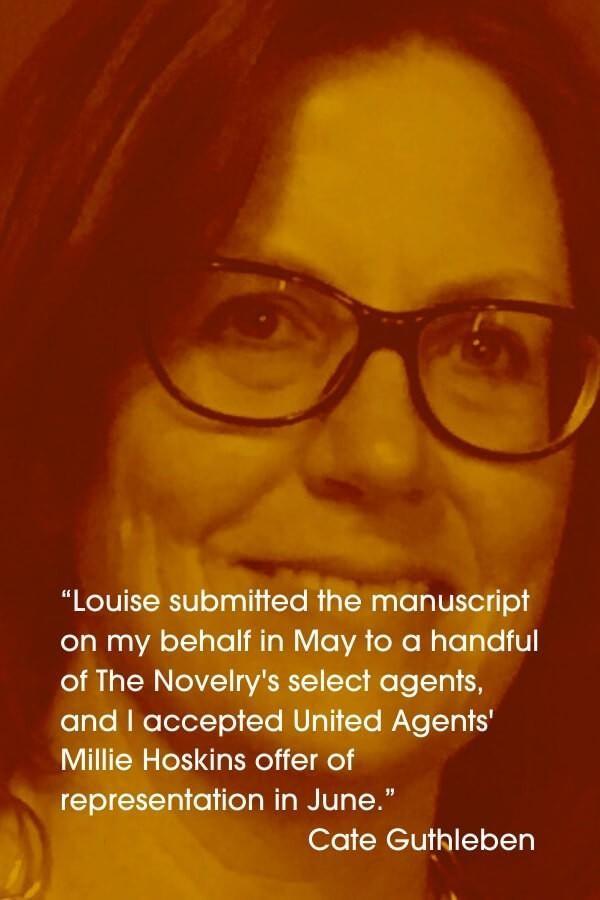 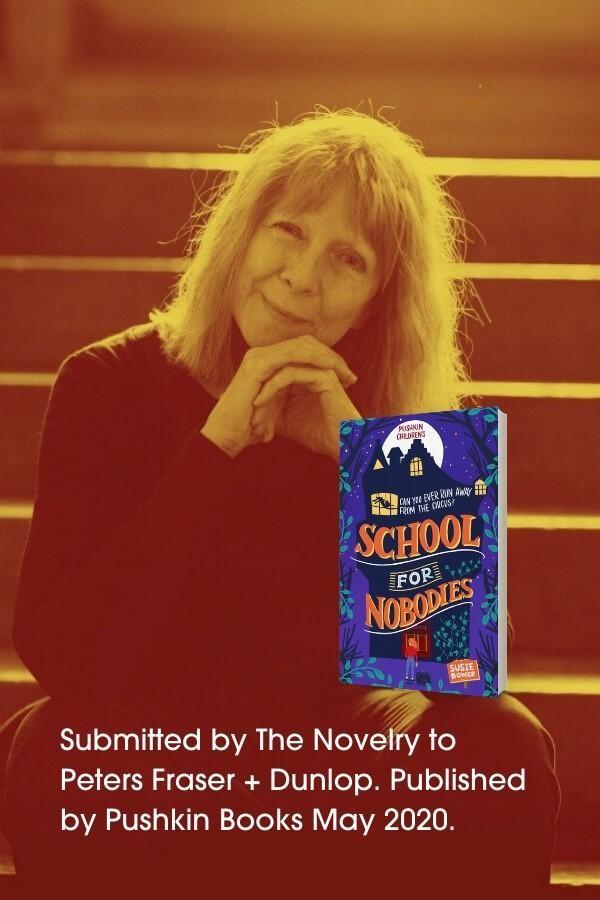 To Qualify for Recommendation to Our Literary Agencies:

You can be any age, any background and from any country. You simply need to be a graduate of either our Ninety Day Novel Course + The Big Edit. As a graduate of our mentored creative writing courses, we can be confident that your work will be of a sufficiently high standard to present. Submission is not guaranteed. The work has to be of a high standard, and the agent has to be suitable for your genre.

The Book in a Year plans

Peters Fraser + Dunlop (PFD) is a talent and literary agency based in London, England. One of the oldest agencies in Britain, dating from 1924, PFD was a co-founder of the Association of Authors' Agents, it is home to a distinguished and varied client list, including Jeanette Winterson, Helen Rappaport, Simon Schama, Sarah Raven, Chris Patten, Bear Grylls, and such estates as V.S. Pritchett, E.M. Forster. They represent our very own Romla Ryan and Susie Bower. 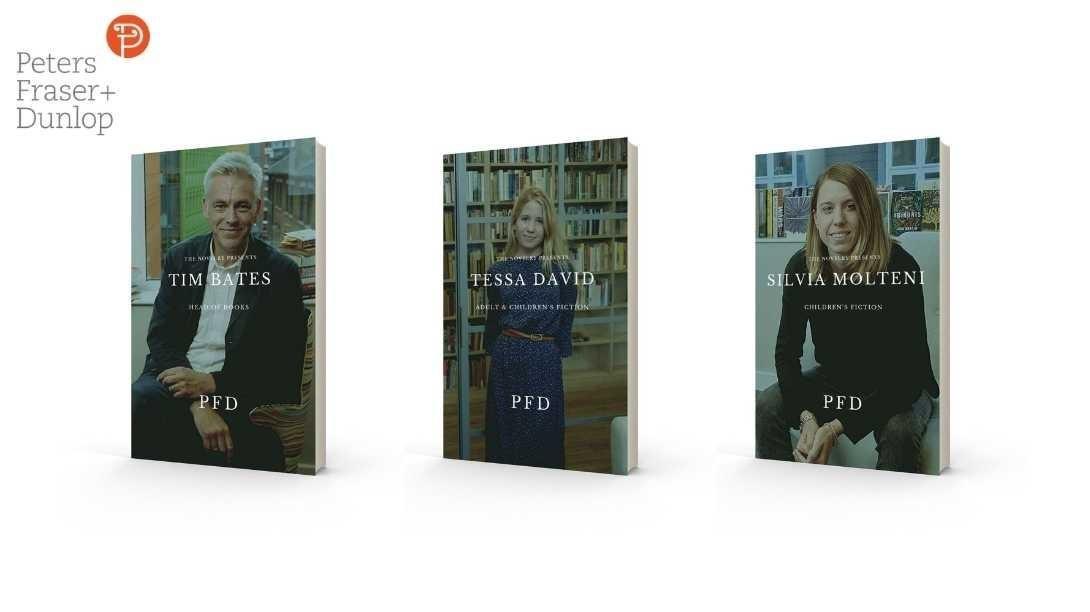 United Agents (UA) is a talent and literary agency headquartered in Soho, London, England.  In 2007 UA set up a literary division and further to the acquisition of AP Watt, now represents writers across fiction, non-fiction, history and children's books, as well as illustrators. Authors have won many of the world’s most prestigious literary prizes (including the Man Booker Prize, the COSTA Novel of the Year, the Women’s Prize for Fiction, the Windham-Campbell Prize, the Carnegie Medal and the Guardian Children’s Book Award) and appeared at the top of the Sunday Times and New York Times bestseller lists. Clients include John Banville, Julian Barnes, Tessa Hadley and the estate of Helen Dunmore. They represent our own Cate Guthleben. 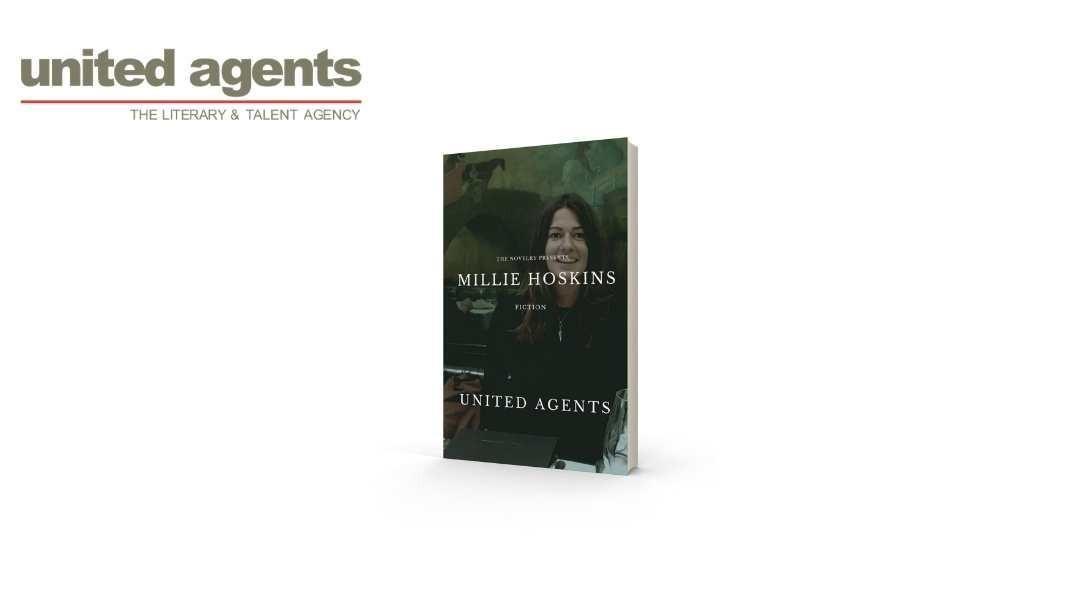 Mushens Entertainment is a leading UK literary agency that represents a diverse range of authors. From Sunday Times Bestsellers, to actors, brands and award nominated authors. Juliet Mushens has been shortlisted for Literary Agent of the Year four times. She represents a bestselling and critically acclaimed list, including no.1 bestseller Jessie Burton, multi-million-copy bestseller Taran Matharu, and Richard Osman. She represents our very own Katie Khan. 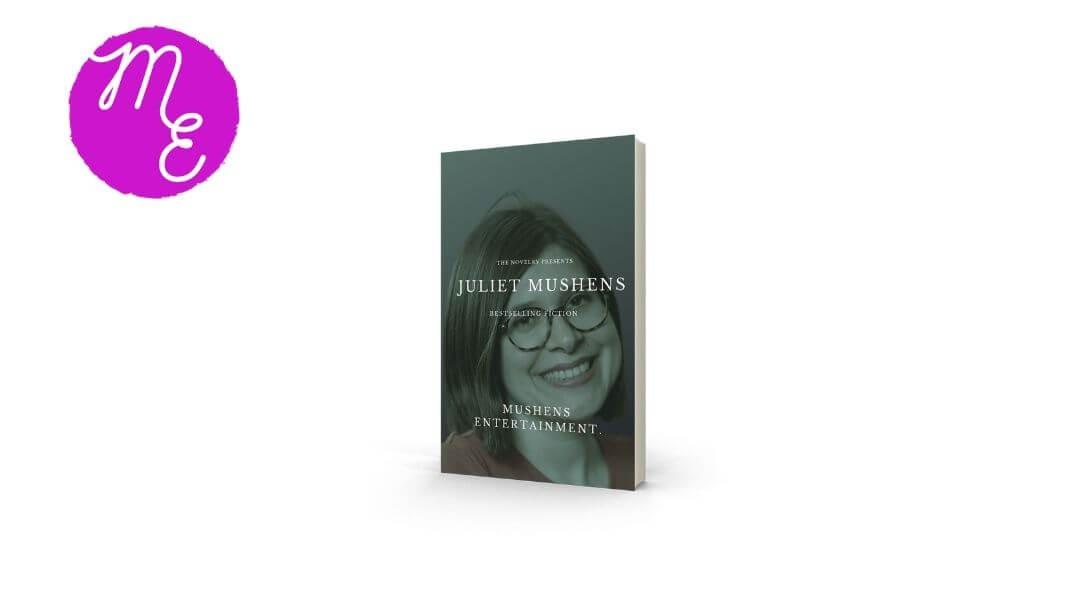 A leading literary agency based in the heart of Soho, London. The Soho Agency was founded in 2019 bringing together LAW (Lucas Alexander Whitley) and Factual Management - two agencies with long term reputations and stellar clients - to form an expanded company with the dedicated staff, complementary skills and imagination to be active in all areas of international literary representation. They represent Nicholas Sparks, Andy McNab, Kate Mosse, Sophie Kinsella, Ben Fogle and our very own Emylia Hall. Our agent for adult fiction is Marina de Pass and for children's fiction, it's Philippa Milnes-Smith whose clients include two UK Children's Laureates - Chris Ridell and Lauren Child. 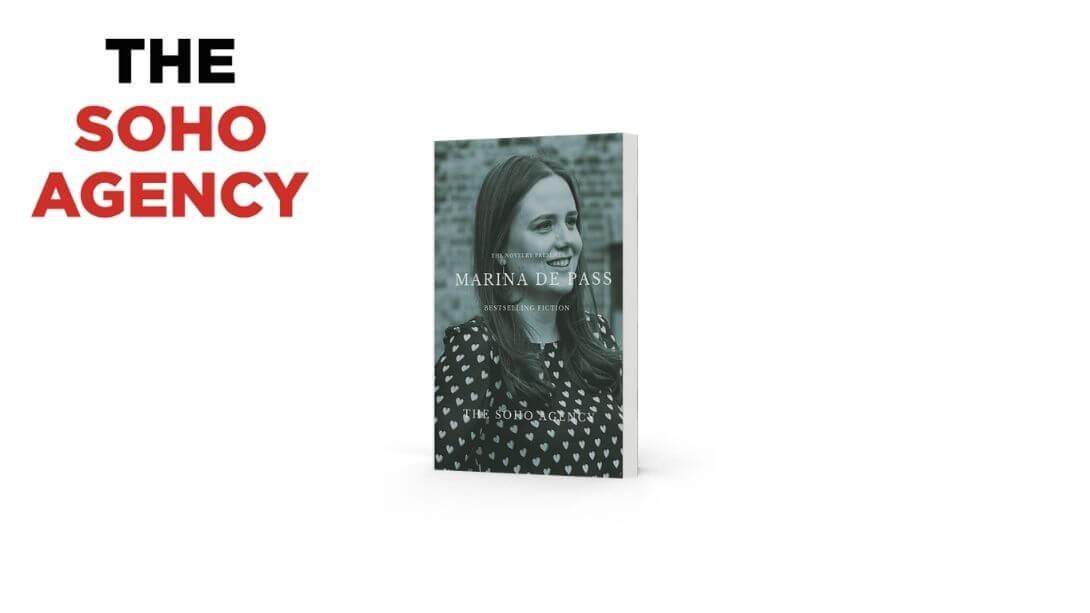 Into their sixth decade, Johnson & Alcock boasts a vibrant list of fiction for both children and adults, and are proud to represent prizewinning and bestselling authors across the genres in the UK and internationally. Our agent is Anna Power, the MD of Johnson & Alcock. She looks after a list of award-winning and bestselling novelists. She's looking for literary and commercial novels including thrillers, psychological suspense, historical and women's fiction. She favours great storytelling and a fresh voice, and enjoys discovering and working with debut writers.  She also represents some children's fiction, from middle grade through to YA. 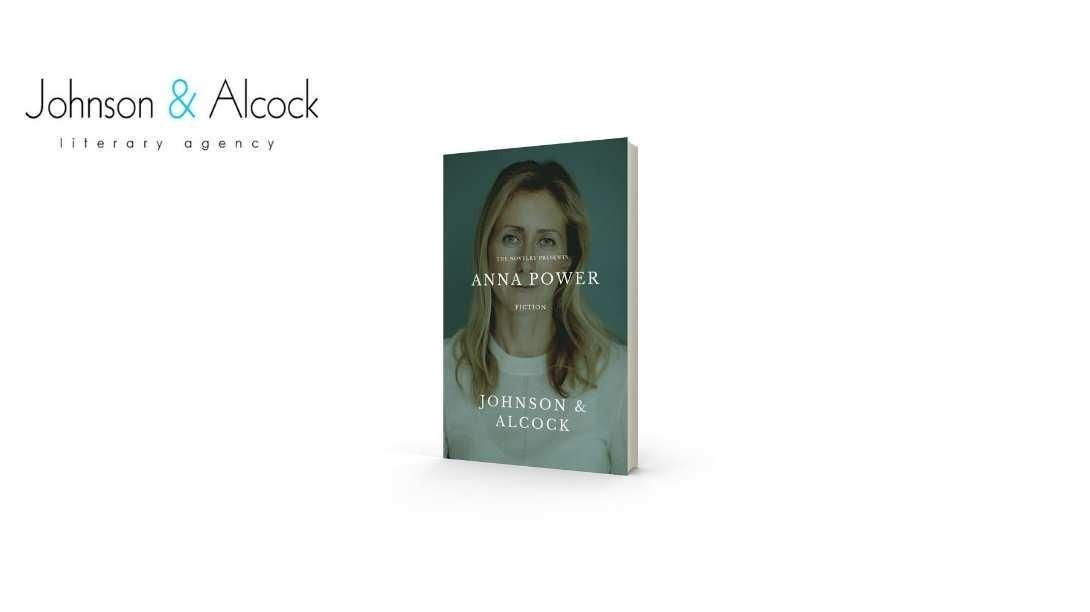 Founded by David H Headley in 2008, this team of passionate book lovers with a huge commercial client list are devoted to finding new talent and growing writing careers. Our agent at DHH, Broo Doherty, particularly enjoys crime, women's commercial fiction, and literary fiction. In 2017 she was voted Literary Agent of the Year at the Royal Novelist's Association. 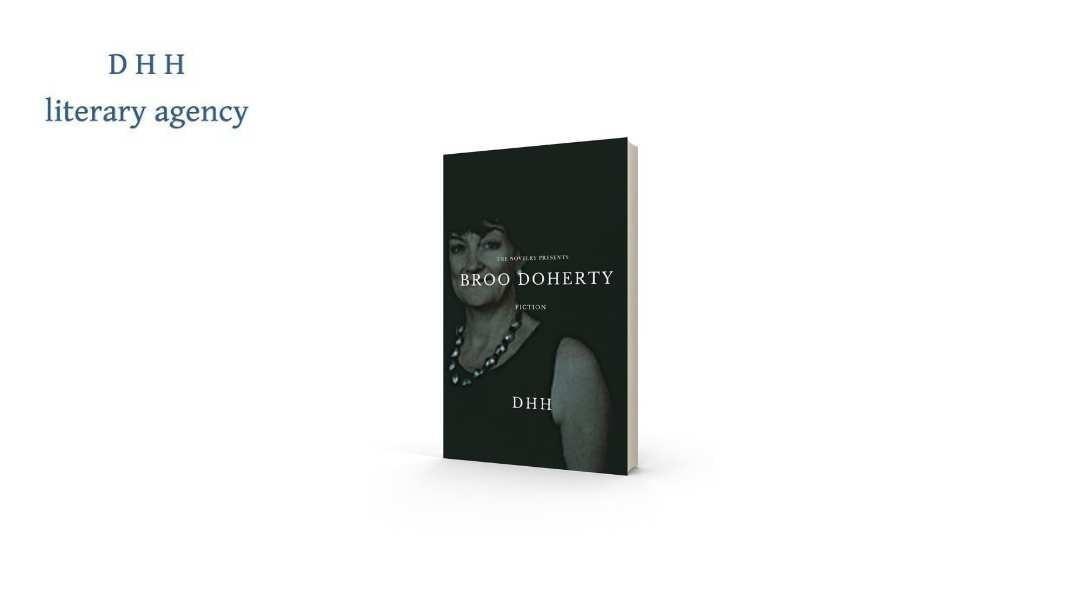 Conville & Walsh is a leading international literary agency founded by Patrick Walsh and Clare Conville in 2000. Their clients include DBC Pierre, winner of the 2003 Booker prize, Sarah Hall, author of The Electric Michaelangelo, shortlisted for the 2004 Booker prize, S.J. Watson, author of Before I Go to Sleep, Stephen Kelman, shortlisted for the 2011 Booker prize and Esther Freud. Sophie Lambert, is looking for literary fiction, upmarket commercial fiction and crime fiction. Her clients include Catherine Cho, Guy Gunaratne and one of our own graduates Rebecca Ley. 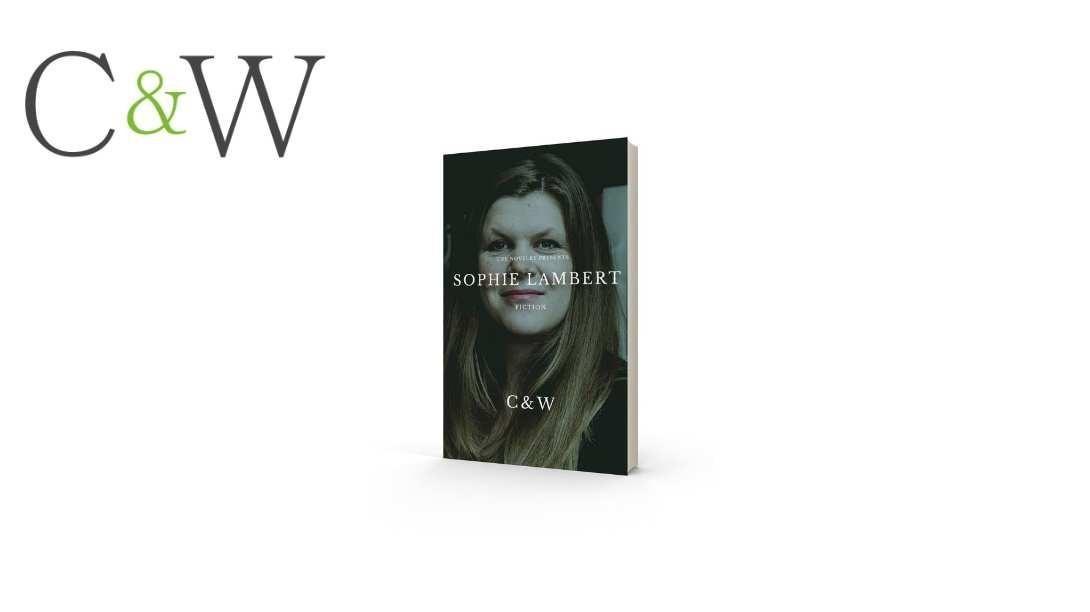 For more than ten consecutive years, TMG has ranked number one for sales according to the publishing marketplace in North America. The agency operates worldwide. TMG is the only U.S. literary agency to consistently be in the top ten in UK fiction and has ranked as highly as number one in UK fiction deals. Among the agency’s clients are Pulitzer Prize winners, National Book Award winners, The Booker, and winners of various other literary prizes. 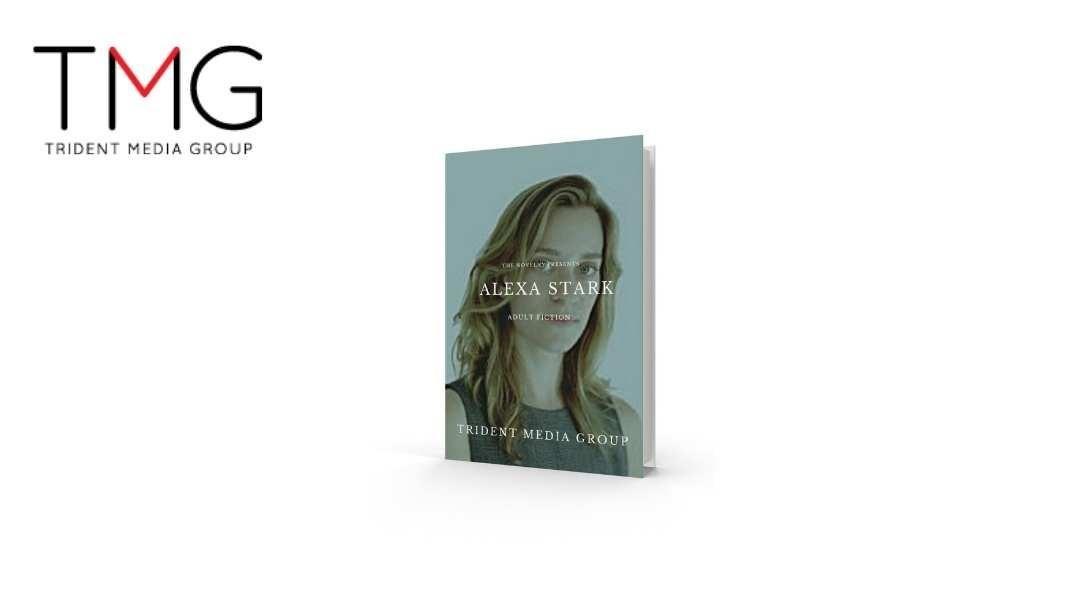 The agency was founded in 1919 by Audrey Heath and Alice May Spinks, two women, both in their mid-thirties. An unmarried woman and a widowed single mother made an unlikely coupling in a literary world dominated by male heavyweights. Taking an office on Golden Square in London’s Soho and christening the company after their own names – the ‘A.M.’ came from Alice May, with Audrey donating her surname ‘Heath’ – they began business. Hilary Mantel was the agency's fourth Booker prize winner, with Wolf Hall in 2009. In 2012, its follow-up volume, Bring Up the Bodies, repeated the feat, making Hilary the first writer in history to win two Booker Prizes with successive novels – and the first to win with a direct sequel. 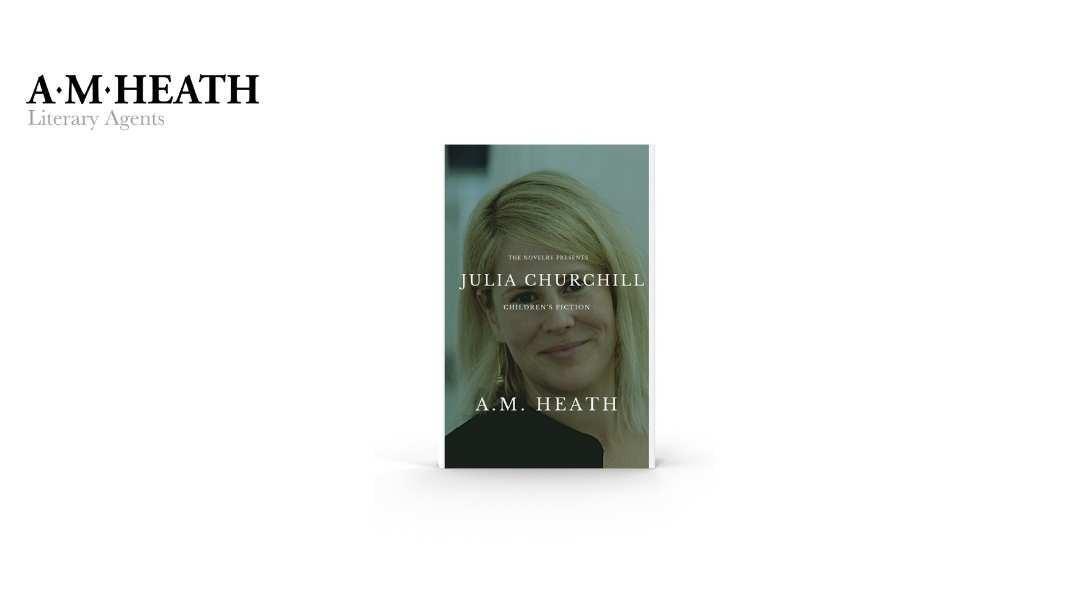 Founded in 1970, Watson, Little Ltd is a long-established literary agency that offers a full service to its clients across all aspects of media. It has an outstanding track record, and has represented a number of celebrated, bestselling and prize-winning authors over the years and handles an unusually wide range of adult, children’s and young adult fiction. Our agent Donald Winchester was the Secretary of the Association of Authors’ Agents (AAA) from 2017-19. Donald is interested in literary fiction and well-written commercial fiction, particularly debut authors, as well as memoir. 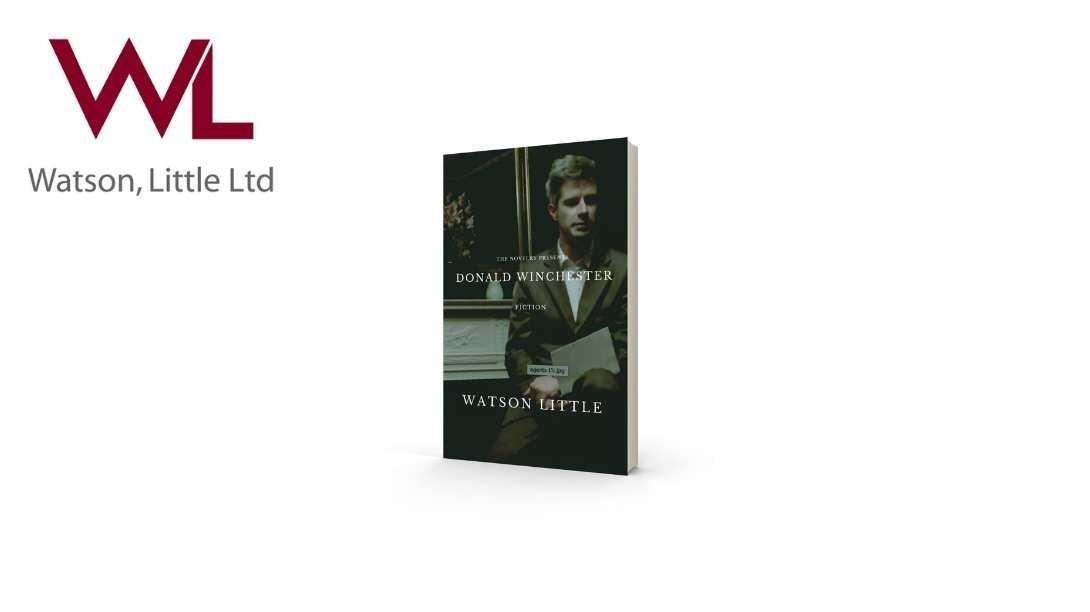 Irene Baldoni joined Georgina Capel Associates in 2017, having previously worked at Faber & Faber and Gregory & Company Authors’ Agents. She has an MA in Modern Literature from the University of Siena in Italy and an MA in Publishing Studies from City University London. Irene is looking for upmarket commercial fiction, literary fiction, Sci-Fi/dystopian or speculative fiction and and crime thrillers. Her colleague Rachel Conway is seeking YA and middle-grade children's novels. Georgina Capel Associates represent Victoria Hislop, Simon Sebga-Montefiori and Ben Okri among many others. 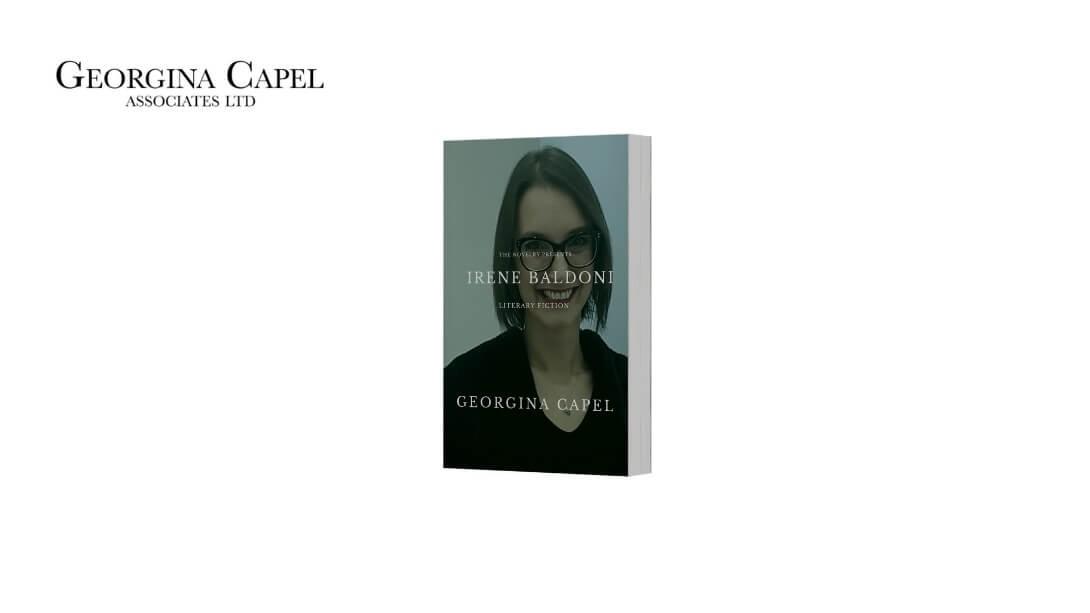 Charlie Brotherstone joined A.M. Heath in 2008, building a list of authors before moving to Ed Victor Limited in 2014. He founded his own agency in 2017 and represents our very own Tracey Emerson. 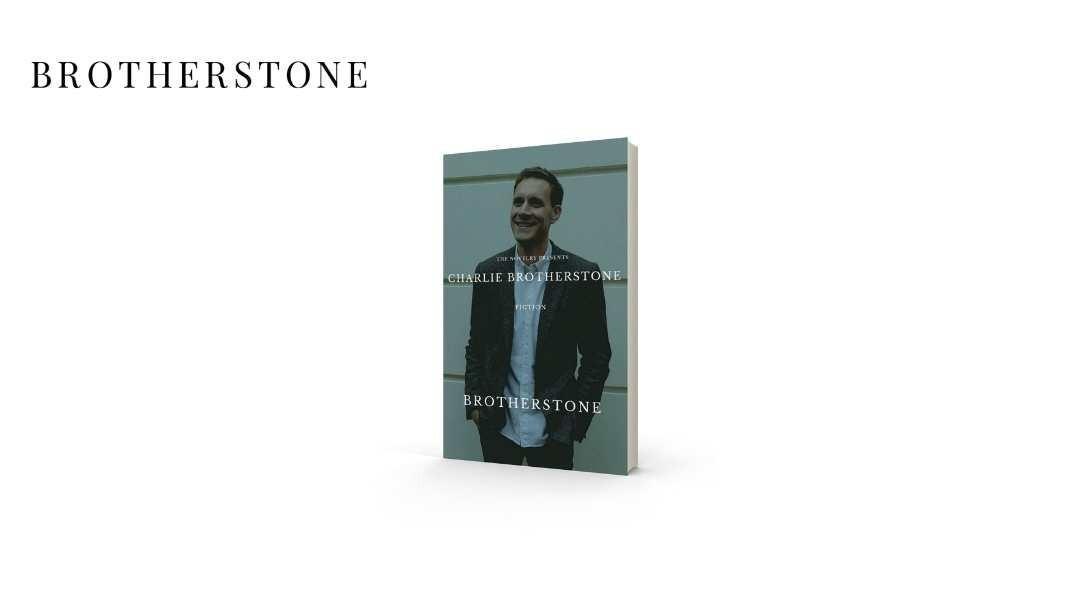 Get the Sunday Blog to Your Inbox.