How to Overcome Doubt and Writer's Block.

Every novel presents such new challenges, it seems one has never written a novel before. An irksome and bewildering amnesia. Yet again,  your judgement and taste exceed your abilities and you're the duffer who won't repeat old ways any which way. But there is hope.

"I think it’s true that with each new book, you make new mistakes... .You start off with different possible tonalities and the right one only gradually comes into play.... As you get older, you understand time, you understand fictional time better, how to move in time, how to move through time in fiction.... Updike, in his later work, he got very good, and canny and clever about time. So we do learn some new tricks." Julian Barnes.

So, it may take longer, this new novel of yours, than the last. Let it.

I write, probably like you do, because life is a lonely path, but paradoxically we are all differently and diversely the same. Our most common, most tragic flaw as a species is perhaps our self-loathing. What we have in common is that we all quietly hate ourselves. You wonder why... and that's where writing fiction starts.

Andrew Sean Greer’s Pulitzer-Prize winning novel Less has been a boon companion as I  try to make this draft of my novel more lurid, and more lucid. Greer nails the theme of his novel written by a man of his age about a man of his age - almost fifty - when he begins to unpick the flaw that's making him miserable - as is the modus operandi of the genre of 'Up Lit'. The hero - Arthur Less - comes to realize he is not hated and scorned. Not at all.

In fact, even the wife of his first lover, the poet Robert Brownburn he ‘stole’ from her, has no hard feelings towards him. The enlightenment begins when he runs into a former lover on Eighth Avenue, Manhatten.

"There’s the man who broke my heart; I thought I’d never recover, I’d never want to see his face again, or hear his name, and look! There he is, out of nowhere, and I have no rancor. How long has it been, six years, Arthur? No rancor at all.”

My wonderful writers have many things in common. Often, there's self-doubt verging on self-loathing and this can hinder the forward motion of the writer writing into the void, as that ghostly belligerent inner voice howls at them - stop, go back, you fool! But there’s me - and our crew - at the end of the line saying to them - Go on! Go on!

Go on in spite of the inner voice. You will find mischief aplenty ahead. Of course, the first draft is thin, but don’t look back, let it be a disgrace, no one is going to see it. You won’t let them. But go on. You're not hated or hateful to anyone but yourself. It is not a moral crime to write a book.

The first base for a writer playing this game is - nobody cares. Get there and you’re relatively safe. No one gives a crap about your novel. So when you wring your hands and tell your friends and family or other writers, you’ve written next to nothing of late and the novel’s stalled - nobody gives a hoot. Your novel will not save the world. No, not yet a while, will it even give cheer to another old writer labouring and lumbering over her fourth draft. So relax. You’re writing for you. Because you know more than you care to know and some of it’s got to leak out sideways.

Second base is raising your game, reading with envy and delight the work of other writers and finding with a sigh that is also oddly a fillip of joy that a new standard has been set. You’re going to have to get better. When you salute your confreres, as I salute Mr Greer, you’re in the game. You’re on the same team.

"“Do you think of yourself as a genius, Arthur?”

Apparently the Head takes that as a no. “You and me, we’ve met geniuses. And we know we’re not like them, don’t we? What is it like to go on, knowing you are not a genius, knowing you are a mediocrity? I think it’s the worst kind of hell.”

“Well,” Less said. “I think there’s something between genius and mediocrity—”

“That’s what Virgil never showed Dante. He showed him Plato and Aristotle in a pagan paradise. But what about the lesser minds? Are we consigned to the flames?”

“No, I guess,” Less offers, “just to conferences like this one.”

'We are liable to miss the best of life if we do not know how to tingle, if we do not learn to hoist ourselves just a little higher than we generally are in order to sample the rarest and ripest fruit of art which human thought has to offer.'

Third base - is wicked self-indulgence, capitalizing on experience and the very worst of your character. You dig deep and tell the truth, your own version. Voice and purpose become one. A writer’s got to take a lot of punishment to get this kind of sense of humour, as Hemingway put it. You’ll have been rejected so many times, you will care only about the work because you’ll have had to make your mind up whether to stop  or go on. You’ll cover off every aspect of the novel - the story, structure and prose - and bind them so tightly together you can’t get a fingernail between them. The thing will be hard and tight and spinning in the air, thanks to the wit and devil-may-care of a writer at the end of their rope. Backspin.

A home run is what happens when it occurs to you, as it does to Arthur Less in Greer’s novel, that the only one who didn’t wish you well, was you. The world wishes you well, and you can make a home here and find peace so long as you take your work seriously but don’t take the world seriously.

I believe in all my writers. I have writers from their late teens into their seventies. I see you. I know what you want to do. I am there in the gap between your ambition and taste and your self-loathing, and I’m going to keep cheering you on, and so will the  members at The Novelry, because if you can overrule that voice of doubt, and hear us, and the world behind us, wishing you well, you’ll get there.

Join us, and get the support you need, when you take one of the courses that support aspiring authors all the way to a publishing contract. 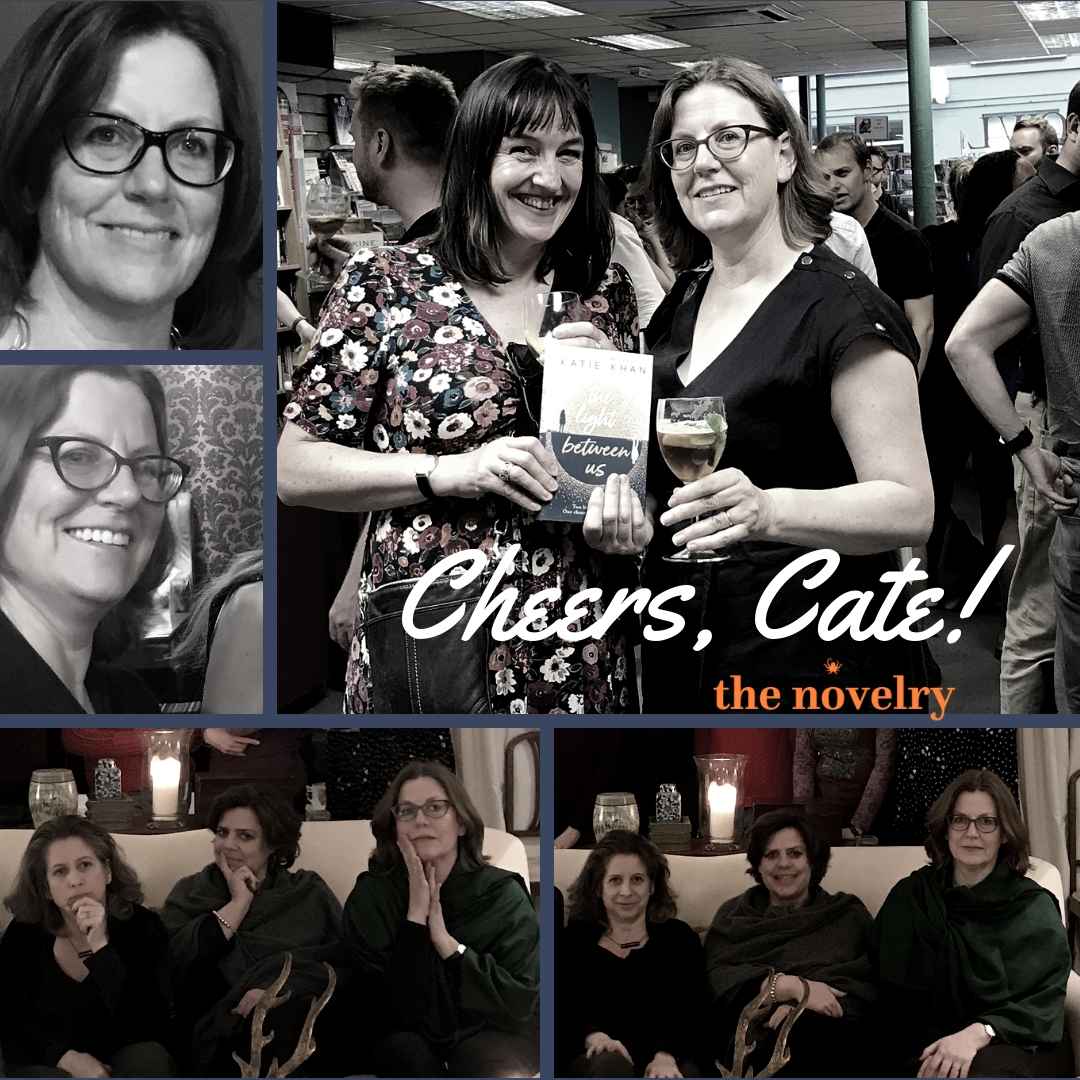 Congratulations to our Cate Guthleben who is now represented by one of our partner literary agencies United Agents. Cate took one of our online novel writing courses, then wrote her novel last autumn with The Novelry and used all of our resources wisely, one-to-one calls and the support of our writers, has a fabulous writing buddy, used the Editing Course and she came on our Full English Retreat too. Poster girl! Cate discovered the story she was meant to write, she writes beautifully and has great reserves of willpower and determination. She was voted The Firestarter winner by our members in February this year. So it was only a question of time (two weeks) before her work was snapped up by an agent.

Her novel-in-waiting is a powerful and moving story, so stand by for more good news in the coming months!