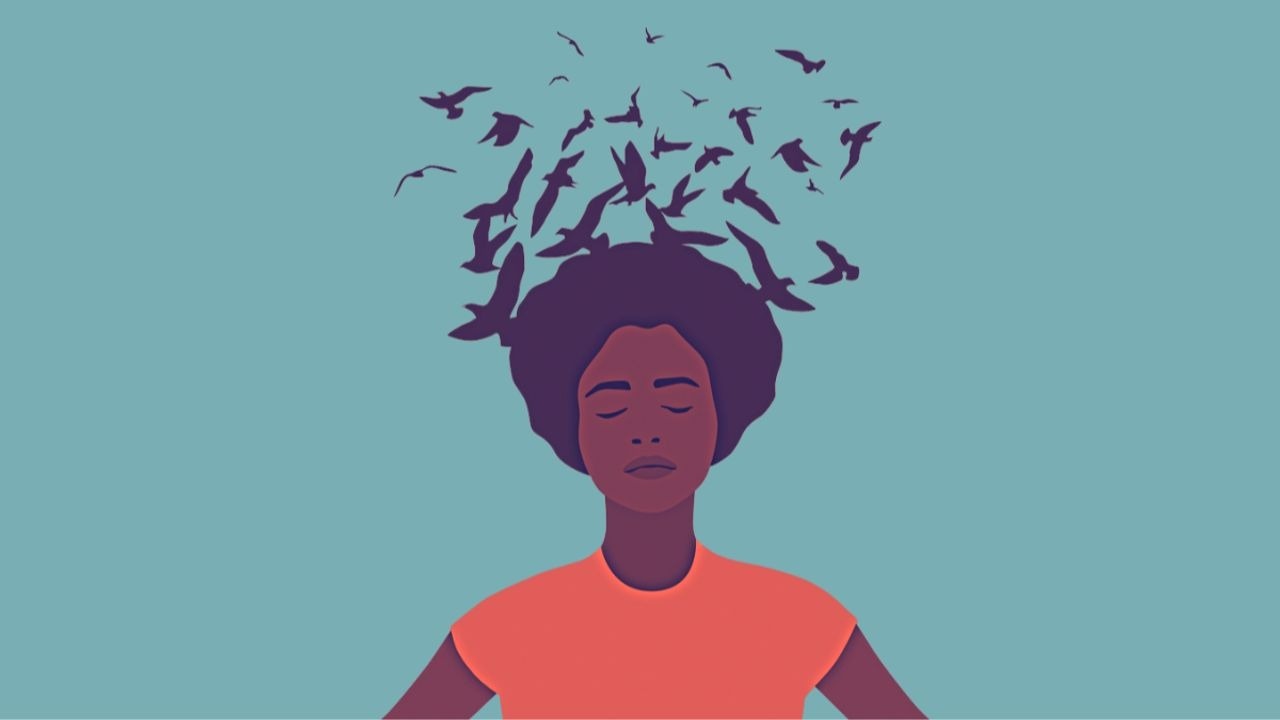 Nothing enlivens a story like a three-dimensional character, but creating one isn’t always easy. Dr Stephanie Carty, clinical psychologist and writer of fiction and non-fiction, joined us at The Novelry on August 22nd to talk to our members about the psychology of character and how to build a back story that feels real and authentic.

We asked Stephanie to share some insights into how to use psychology to create multi-layered, three-dimensional characters and really drill into a character’s inner workings.

So round up the heroes and villains from your work-in-progress and read on!

Like psychologists, writers tend to be excellent observers of people. That is to say, not only do they notice how people act, but they are adept at guessing why.

When I first started teaching writers about the psychology of their characters, I found they intuitively made good guesses about how a particular character would behave. Their conjectures tended to be consistent with theory, even though they couldn’t quite describe how they’d come to this conclusion.

Like psychologists, writers tend to be excellent observers of people.

However, there would be certain elements of a character’s arc or behaviour that they were stuck with or knew didn’t fit, but they weren’t sure why. That’s why understanding psychological theory proved so valuable.

The study of the human mind and behaviour is hugely useful for writers. It can provide those aha moments that move a stagnant plot, explain why two characters clash or connect, and make sense of self-defeating patterns.

Importantly, psychology also helps you to develop a realistic arc of change – a necessity for any three-dimensional character. It lets you dig into the hidden aspects of a character rather than remaining stuck at the surface level of behaviour they show to the world.

This allows you to write characters that are much more satisfying to read; real human complexity rings true and creates empathy or engagement, even when the reader is unaware that something has connected with them at an unconscious level.

The study of the human mind and behaviour is hugely useful for writers. It can provide those aha moments that move a stagnant plot, explain why two characters clash or connect, and make sense of self-defeating patterns.

Chances are you’re already interested in psychology. Now, let’s look at some specifics and how you can turn that understanding into actions for your writing.

Moving beyond straightforward cause and effect

One of the many challenges of the development of human nature is that you can’t equate an experience to an outcome.

It’s not as simple as asserting that a character’s lonely childhood will make them a loner in adulthood. It might, but it might also have the opposite effect. That character might cling to any sign of friendship, with a total disregard for boundaries.

To create a believable character, you need to dig deeper and uncover the patterns that were set up from those early experiences.

A useful way to think about this comes from Attachment Theory. You can consider how your character’s early experiences formed their internal mental representations of themselves, others and the world. These carry into adulthood and colour how they act in your novel.

Let’s take your lonely, isolated character and see how healthy and unhealthy components of an upbringing could affect their adult behaviours – and the trajectory of your novel.

Healthy view of the self, others and the world

She lived with loving parents on a remote island with no siblings. She’s given love, and she understands that although her parents are busy working, they always come home to her eventually. She’s even trusted to make small steps to independence, confident that her parents are nearby to help if needed.

What she learns is:

So what does the grown-up version of this character do? She takes chances for growth, relates in a positive way with other characters, and tries new ways to solve things by trusting herself.

Unhealthy views of the self, others and the world

Now let’s change things. Your character’s parents on this remote island use substances to cope with the isolation. On good days, they scoop her up and play. The next day, they are semi-conscious and unavailable.

What she learns is:

This character’s adult pattern is likely to be different. She probably tries to please other characters to keep their attention and prevent abandonment. She pushes down her own desires, feeling unworthy of them. She misses opportunities offered in the story as she’s too scared to take a chance.

And finally, what if this little girl was brought up by strict parents? They ignore normal childhood distress and show her how to ‘suck it up’. They expect her to look after herself while they work, sometimes leaving her alone for days while they are out fishing.

She grows up keeping her distance from others and tight control over what she does. Emotions don’t often rise to the surface, so others judge her to be cold and avoid her. She takes that as evidence that she doesn’t need them.

Mapping these patterns can make sense of the exasperating things some characters do that are not in their best interests!

How a three-dimensional character handles adversity

Another useful pattern to consider if you want a three-dimensional character is what they do when facing adversity. Again, these patterns can start early in life.

Let’s stick with our girl isolated on the remote island. She has no siblings or friends.

She may throw herself into her imagination, creating friends, stories, or bringing her toys to life. She can’t pack her bags and go to the mainland aged four, but she can escape in her own mind. (As an aside – this is common in writers’ histories, including my own!)

This can be a helpful way for children to cope with isolation, fear, boredom, health conditions and so on.

Now fast-forward to this character being nineteen and at university in Edinburgh with stressful exams and a relationship breakup.

What could the pattern of escaping into the mind look like at this age? It could take many forms, including:

The point is, if you find a link between the type of behaviour exhibited under adversity, it can look very different in form, but it will feel coherent to the reader.

All novels throw something difficult at the main character, so you always have a chance to think about what pattern you want to show, and then consider how to make it age-appropriate.

If you find a link between the type of behaviour exhibited under adversity, it can look very different in form, but it will feel coherent to the reader.

By the way, you don’t have to include anything about childhood in your novel. But if you know all this yourself, it will guide you to write believable, layered, three-dimensional characters.

This is perhaps the most important but most challenging area of applying psychology to characters – how to make your character’s arc of change authentic.

In short, we are resistant to change! Even when things are really awful, your character is likely to cling on to some degree to what is familiar.

If he is used to putting up armour against other people’s kindness in case they let him down, it feels scary to lower that armour and let someone in, no matter how lovely they are.

If he is used to using work success (or serial killing, or womanizing, or extreme sports, or being the person who helps everyone else) to feel good about himself, then no matter how much he may want to change his life for the better, there will be some internal resistance.

Change is threatening, so be careful with your arcs.

Character development is not so linear

The good news is that novels give plenty of room for back and forth. It’s far more believable to have your character make a small step in a new direction, then pull back, then try again, pull back, and so on. You can graph this out across your chapters to make sure that you have this pull-push dance.

One way to think of this is the pull between a yearning and a safety position:

Want to add another layer? Go back to your ‘I am…’ statement in the first section:

A three-dimensional character may not be aware of their complexity

My final point is that your character will often not be aware of all the above swirling around their head. If you’re writing in the first person, they are unlikely to think ‘she says she’s in love with me, but underneath I don’t feel good enough. It reminds me of Mum abandoning me. I’m going to push her away and move back to my remote island, thus punishing myself as an act of self-sabotage.’

Often, your characters tell themselves a different story: ‘I feel a stir of something towards her but the puffins on the island need my scientific knowledge right now. The ethical decision is to forfeit a relationship and go and live out there for three years.’

Work out the story that your character tells themselves in order to protect them from the thing they yearn for. Then show the reader what’s really going on underneath.

How? This one is a bit tricky.

Work out the story that your character tells themselves in order to protect them from the thing they yearn for. Then show the reader what’s really going on underneath.

How to show (not tell) your characters’ psychologies

Real emotions and yearnings have a way of leaking out. They come out in momentary physiological reactions (e.g. flushed face), slips of the tongue, making jokes, projecting the desire/emotion on to another character (‘my best friend is totally obsessed with her’).

As long as you find ways to show the push/pull we discussed earlier, trust the reader to get it. After all, they almost certainly share these patterns, and will recognise them (even if subconsciously).

I hope these ideas have set your mind whirring.

I’d recommend you work through them for just one character at first. You’ll soon find that it’s a good way to differentiate characters from one another.

And you’re in a very strong position: if something doesn’t add up, you get to change either the past history or the current behaviour pattern.

Be playful and enjoy it. I’m certain you can create more layers in your characters over time if you let the ideas seep into your plotting and editing.

Members of The Novelry can enjoy a recorded session with advice from Stephanie in the Catch Up TV Membership area. 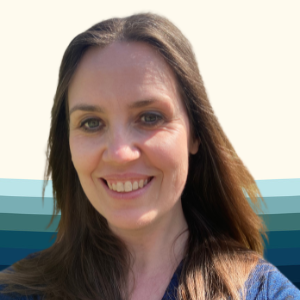 Dr Stephanie Carty is a published writer, as well as a Consultant Clinical Psychologist and NHS Head of Psychology in the UK. Her fiction has been shortlisted for many competitions, and her writers’ craft book, Inside Fictional Minds: Tips from Psychology for Creating Characters, has been an invaluable source of inspiration and education, as have the creative writing courses she teaches.