Claire Douglas on When an Idea is ‘The One’ 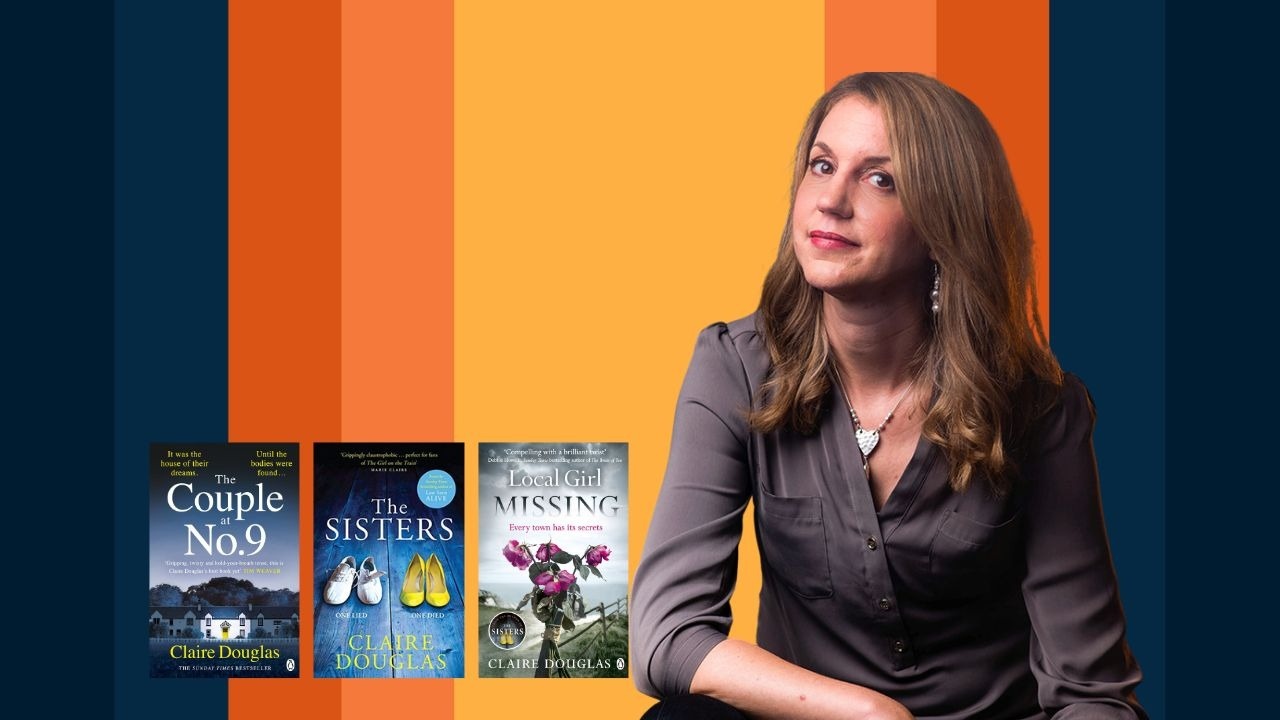 Sometimes, writers have a swarm of ideas buzzing around their brains. Every overheard conversation on the bus, every dishwashing daydream, every insistent but why? from a child can spark off a new story. So how do you decide which one is worth investing in? Which do you dedicate your precious time to, crafting it into a fully-formed novel?

Here, Claire Douglas discusses how she knows when she’s onto a winner – and the ideas she’s let go of in the process.

Claire won the Marie Claire Debut Novel Award with her first novel, The Sisters, which was followed by Local Girl Missing, Last Seen Alive, Do Not Disturb, Then She Vanishes and Just Like the Other Girls. Her latest novel, The Couple at No 9, was a Sunday Times top 3 bestseller and a Kindle number 1.

Read about how Claire dealt with the battle between two very different stories, and decided which to pursue. If you’re being tugged between ideas, it may well help you make your choice!

Narrowing down my ideas was tricky in the beginning

As a book-per-year author and currently writing my ninth thriller, I constantly have to come up with ideas I’m ready to run with. But how do you know when that idea is strong enough to be turned into a 90,000-word novel?

I found this particularly tricky when I first started out.

I was an unpublished author who had spent two years writing (and rewriting) a rom-com about twins. It was very nearly ready to send out to literary agents.

But then one day in 2013, as I was driving home from the school pick-up, I had a brainwave for a psychological thriller, also about twins. The first line and the subsequent paragraph popped into my head, fully formed, and I was terrified I’d forget it when I got home.

I rushed into the house to capture the first chapter and I realised, as I furiously typed, that I felt more excited about this dark, twisted story than the full-length novel I’d spent two years working on.

I realised, as I furiously typed, that I felt more excited about this dark, twisted story than the full-length novel I’d spent two years working on.

An opportunity pushed me to make a choice

Then came decision-time – my friend sent me details of a writing competition Marie Claire magazine was holding with HarperCollins. The prize was an introduction to a literary agent and a publishing contract – a dream-come-true prize for me and something I had been wanting for so many years. (I had many rejection letters in my desk drawer at home to prove it.)

The competition required the first three chapters of a contemporary novel with a two-page synopsis. I had my full manuscript that was polished and rewritten to within an inch of its life, but now I had this other idea – the thriller that I had only just started writing. And I didn’t know which one to send.

I told myself I should send the rom-com because I had finished it and I had only just started writing this other one, which still felt messy and incomplete.

But the rom-com didn’t excite me in the same way my new idea did. So I decided to swiftly write the extra two chapters of the psychological thriller, honed the synopsis, and sent that instead, just in time to meet the deadline.

I didn’t hear back from the competition for several months and simply forgot about it; after all, I’d entered numerous writing competitions in the past and had never gotten anywhere. When they contacted me and told me I had won, I couldn’t believe it.

That book became The Sisters, my debut novel, and my way into publishing.

I’ll never know what would have happened if I had sent my other novel instead.

But, of course, there is always the dreaded fear that I’ll never think of another idea again.

All your ideas are worth saving

My best piece of advice would be to make a note every time you come up with an idea either in a notebook or, as I do, in a Word file.

When an idea strikes I always write it down so that I don’t forget, then I can mull them over in more detail when the time comes to think about what I’m going to write next. Some ideas might only be strong enough for a short story like ‘The Text’. Others I’ve discounted because they might be too similar to other published books, or just didn’t feel exciting when I returned to them.

Where I find ideas

I get most of my ideas from reading crime pieces in newspapers or magazines. I was a journalist before I became a writer, mostly covering local stories that could be turned into true-life features for women’s magazines, and this experience has sparked many of my ideas.

My latest book, The Couple At No 9, is about Saffy and Tom, who find two bodies buried in their garden while building a kitchen extension. This was inspired by a story I covered about a young couple in Winchester who were excavating their basement to install a kitchen when they found a skeleton.

That skeleton turned out to be hundreds of years old, but it triggered the idea for a thriller. Then I let my imagination take me further, adding another layer: what if the house Saffy and Tom were renovating actually used to belong to her grandmother, Rose? And what if the murders had taken place thirty years before, when Rose lived there? And what if Rose couldn’t remember much about that time because she’s in a nursing home with dementia?

How I test my ideas

For me, the four main ingredients I need before I can start believing my idea is ‘The One’ are:

I don’t really plan my books – I’d definitely be in the ‘pantser’ category! – but as long as I have intensively thought about the four points above, I find it’s enough to carry me through the 90–100k words needed.

If, after I’ve thought about all these elements, the idea is enough to excite me, then I’ll run with it. There is only one of my books – an early one – where I felt I didn’t listen to what my instincts were telling me, and even though the novel was published, I was distracted while writing it because another, better, idea (that went on to be the next book) kept pushing into my sub-conscious, and I couldn’t wait to write that one. As a result, I wasn’t quite as passionate about what I was writing and it was more of a chore to get down the words.

If you have a few different ideas and you’re not sure which one to run with, think about the following: