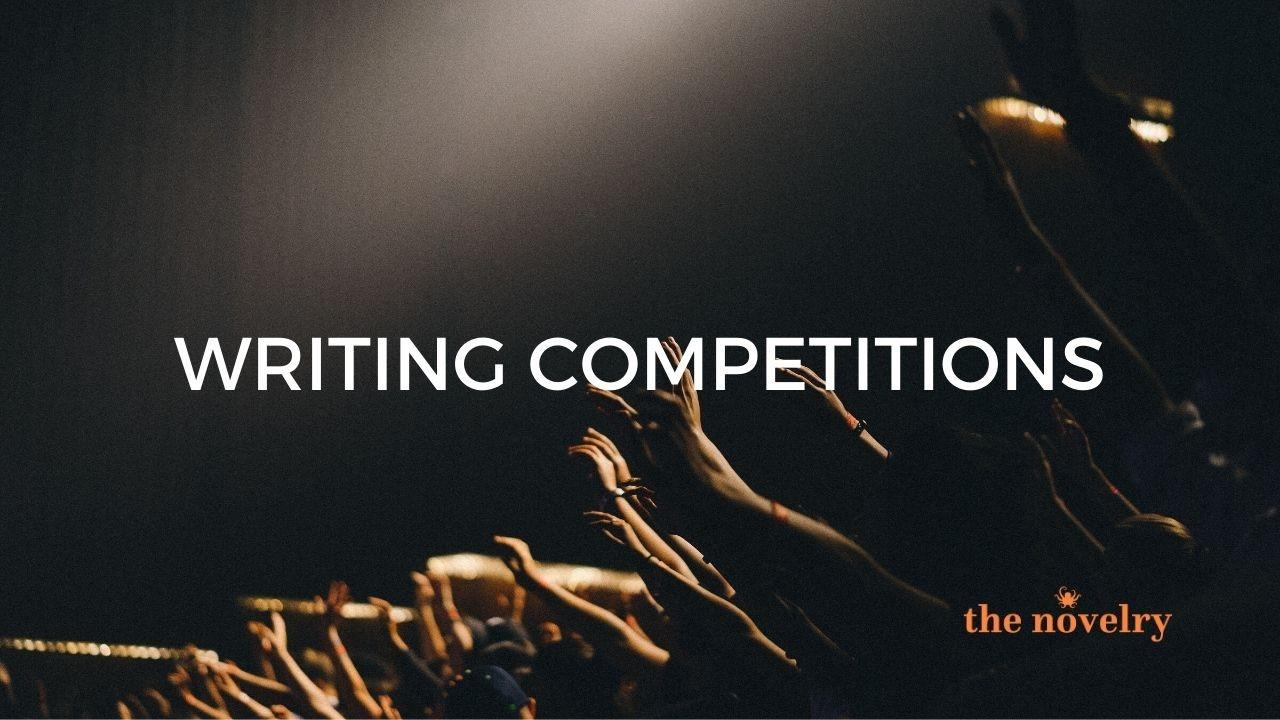 Would You? Should You? Could You?

It's worth thinking what entering competitions can do for you and your career as an author.

Some points of view from our writers.

From Longlist to Literary Agent: My Year of Writing Competitions. 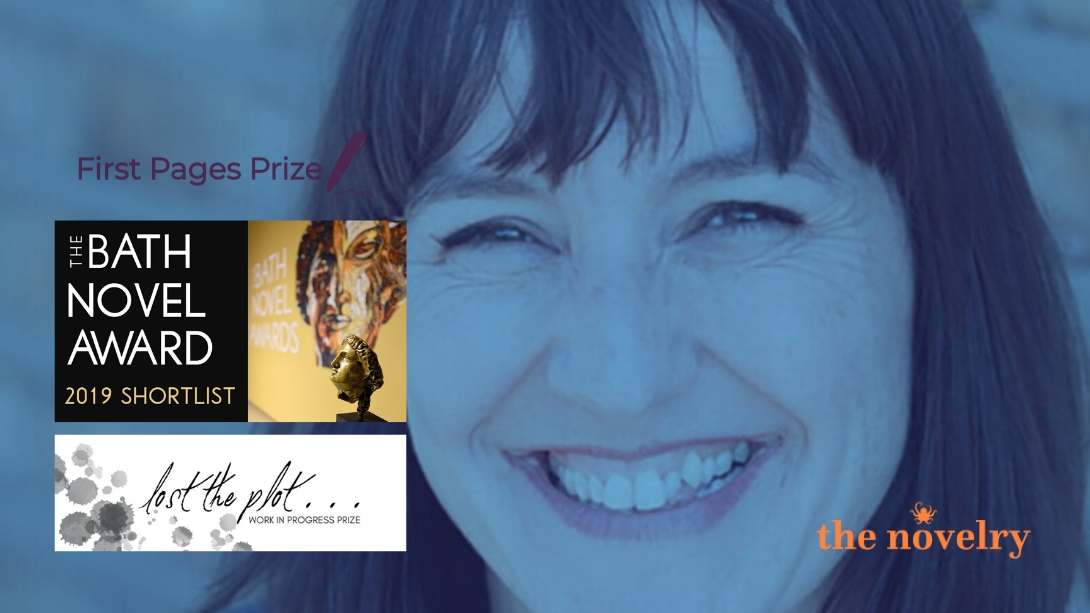 By Louise Tucker, member of The Novelry.

This time last year I started entering my unpublished novel into writing competitions. I had drafted and redrafted it, had good feedback from agents but no takers, and wasn’t quite sure whether to give it up and start something else. Then someone at The Novelry shared a link about the Stockholm Writers’ Festival First Pages Prize and, thinking I had nothing to lose but money, I entered.

The same week another friend at The Novelry put up a reminder about the Lucy Cavendish Prize and I decided to enter that too. What harm? I thought, as I pressed the ‘submit’ button and paid out some more cash; at least I was constantly revising and revisiting the crucial first pages and chapters.

A month later I received notification that I had been longlisted for the Stockholm First Pages Prize.

Was I ecstatic? For three days, yes. On the fourth, I found out I wasn’t on the shortlist.

But that small success encouraged me and in May I entered three more: the Bridport Prize Novel Award, the Bath Novel Award and the Blue Pencil Agency First Novel Award.

Part of me thought it was like buying tickets in a rather expensive lottery (they all cost something to enter) but at the same time, another part of me thought this is really good training for submitting to agents. I kept a note of the longlist dates then forgot about them.

Six weeks later, a friend at The Novelry direct-messaged me: ‘I think I’ve spotted your MS about 4 times so far in the Bath tweets!!!’

Bath tweets? I headed over to Twitter, a place I spend very little time and energy, and found a whole series of comments about various manuscripts, many of which sounded very much like mine:

‘Widower must cross the world with his late wife’s ashes. Clear and moving, an emotional YES’.

Those tweets are short hints, but there were five that sounded familiar. The Stockholm First Pages Prize had given me confidence but these tweets gave me something else entirely: an audience. It was thrilling.

Soon afterwards, I found out I was on the Bath Novel Award longlist. At that stage, the stakes got higher. Longlistees must submit the whole manuscript within nine days of the announcement. In a rush, I finished some rewrites, proofread the whole thing two or three times then sent it in. I tried not to hope for anything more. This was, after all, my first attempt at fiction. Two long-listings was already a great start.

One thing I hadn’t expected was that a hint of success would help me with all my submissions. Although I still agonised over every line before entering competitions, now it took hours not days. I was tougher, quicker, more confident. And, more importantly, my agent letters now included the word ‘longlisted’ which made me feel I had raised my game or at least raised my head above the ‘enthusiast’ parapet to gaze upon the walls of the previously unassailable ‘professional’ castle.

In July I entered a new competition, The Agora Lost the Plot Work in Progress Prize, and the Bath shortlist was announced. My partner kept reminding me that a longlisting was already a fantastic achievement and, on the day it was announced, I kept repeating ‘you’ve already done well’ so that I didn’t feel too disappointed. I was getting dressed after a shower when the shortlist tweet went up; seconds after I saw my name I was downstairs again, half-naked, waving my mobile phone under my partner’s nose. ‘LOOK!’ I shouted. ‘LOOK!’

In August, I was longlisted for the Agora prize; two weeks after that I found out that I had won it.

The ‘writers’ survival kit’ that came in the post was welcome, but I was more interested in the promised chat with a PFD agent. I had a surreal email exchange with them, asking them not to link their prize with my Bath shortlisting, since the latter was anonymous. In eight months I had gone from being the writer of an unread book to balancing prize announcements.

Finally, in September, the Bath Novel Award ceremony took place. I didn’t win but, finally, I understood the cliché: it really is a prize to be shortlisted.

Not only did I get to talk to readers of my work, people who had loved and chosen the book for the list, but I got to read some of it out loud. I had an audience, in front of me. An audience who listened and clapped. It was only at this moment that I realised that what I had started back in January had changed the future of my writing. I had stepped through what Stephen King calls the open door, begun sharing my work and was reaching people.

That would have been enough. But the Bath Novel Award is proactive in its support. Caroline Ambrose, the organiser, wrote to me and asked if I wanted her to recommend my book to literary agents. At the same time, having read my extract on the Bath website, an agent got in touch with her to find out whether I had representation. I was driving around Europe by this time and relatively unreachable. Even so, I found myself in a hotel in Warsaw having an hour-long conversation about the plot and what needed to change. By the end of the call, I had an offer.

Home again, I met that agent and several others. Whereas in the past I had grasped at the first offer of representation which didn’t end well, this time I made sure I considered them all. In some ways, it’s a high-wire game. Some agents won’t wait for you to meet everyone interested (one of mine stepped down); others write to you in a flurry of excitement after reading the first few chapters, then go completely quiet once they read the rest; others get back to you long after you’ve given up on them and chosen someone else.

But, whereas a year earlier, I had submitted my book almost like a novice boxer going into the ring, anxious and full of trepidation, now, with all of those tiny gongs under my belt, a new-found confidence underpinned all my negotiations. The book had been longlisted, shortlisted and won. So even if it didn’t find a champion this time around, it would at some point. It did, though, in the form of Julia Silk at Kingsford-Campbell. Now I’m entering another ring, that of editing.

So, if you have just missed the Lucy Cavendish, don’t despair. There are several more, starting with the Stockholm Writers’ Prize (the name has changed) as well as a new, different First Pages Prize this month. Research all those you are eligible for, find out the submission guidelines, put them in your diary, get your pages ready and enter as many as you can. You might not place in any, you might not hear from any, but if you do, it could lift your book and your writing from hopeful to happening. Competitions will give you confidence, help you hone your submission, which is good practice for querying agents and publishers, and, if you’re lucky, get your work read and recognised.

One thing to remember: not all competitions are created equal. You might get feedback. You might get updates. You might get neither. The Stockholm First Pages sent really detailed general feedback to longlistees, the Cavendish and Blue Pencil updated entrants on the competition process via email, whether they had placed or not, but the Bridport sent nothing.

The prizes are also different. I won one prize; my winnings were chocolate and a chat. I was shortlisted for another; they helped me get an agent. Try them all. And see where a year might take you.

Last year I entered a handful of competitions and, for most of them I almost forgot I had entered until the results email arrived. I think for me the only negative side of the experience came when there is additional marketing by the competition such as Twitter feeds. I got really sucked into Bath and it meant that I was occupied with idle, and frankly boring, fantasies (I do have a vivid imagination after all) when I could have been thinking about my book.

But, there is something wonderfully freeing about all this. A moment of maturity. The competition fairy godmother isn’t going to spot my chapters sparkling in amongst the ashes. I just have to do the work and get support and advice from trusted and real sources.

Here’s what I wrote the day of the Bath shortlisting:

Kate Tregaskis: Being Listed is a 'Win'.

I've been entering competitions regularly for the past few years since an agent told me to as a way of building my writing credibility and writer’s CV. Most are annual, so it’s possible to watch them approach, to engage with them and then wait for them to come around again.

The entry fees can add up, though more and more competitions are offering cheaper or no-cost submissions for people on a low income.

One thing I am quite wary of are competitions where the prize is publication by a particular publisher often with a relatively low fee in lieu of an advance - in this case, the prize is often a small amount of money and an agreement to be locked into a relationship with a publisher that I wouldn’t, given the choice, necessarily choose to be with.

I have a writer friend who is very systematic about short story competition submissions in that she will submit a story, it will be rejected, she will polish it and then submit again to another competition, over and over - until she is successful. And she is very successful.

The reason I enter is not so much because I have an expectation of winning (the Lucy Cavendish Fiction Prize last year received 600 entries) but because it is an opportunity to hone what I am doing, to imagine it through the eyes of someone reading it for the first time, and perhaps get it read - if it rises high enough - by the agent or author who is judging.

Thank you to our canny, bonny writers for sharing their experiences. Our members can find a list of writing competitions at our Members Library and we keep you up to date with deadlines at our Community.

Now, scrub up that first chapter for entry to our annual Firestarter competition! First prize £150 and submission of your work to our literary agents Peters, Fraser + Dunlop and others. If you want to join our community, then take a look at our online creative writing courses.