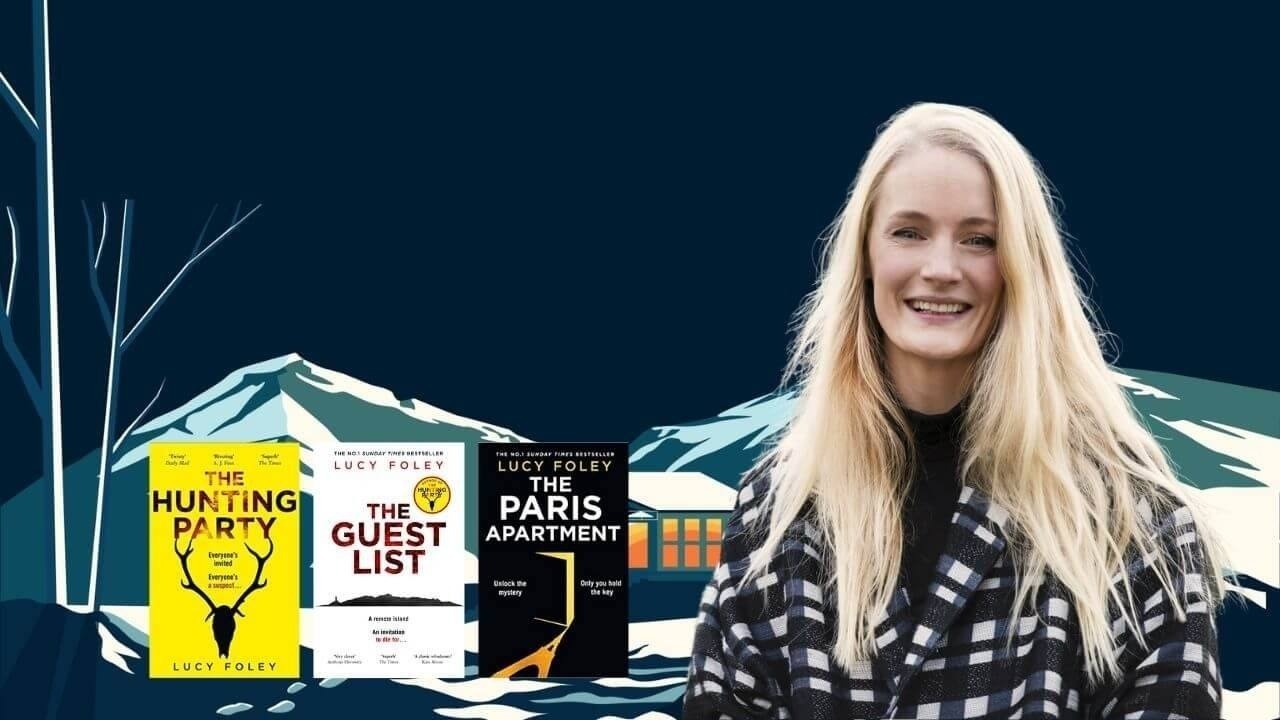 The closed circle is a beloved sub-genre of mystery, suspense, thriller and detective fiction.

It refers to a crime, usually a murder, for which there are a limited number of suspects, each with credible means, motive, and opportunity. The criminal (murderer) is one of the people present at or nearby the scene, and the crime could not have been committed by some outsider. The detective has to solve the crime, figuring out the criminal from this pool (circle) of suspects, rather than searching for a totally unknown perpetrator.

A popular sub-category is the locked room mystery, but – as we’ll see, a closed circle mystery can take place outside of locked rooms – on a private island, say...

Read on for Lucy’s top tips! You can also take a look at advice from Ruth Ware on writing psychological thrillers, Mark Billingham’s tips for crime fiction writing, and our own Kate Riordan’s five favourite ways to create suspense.

My favourite of all Agatha Christie novels – and possibly my favourite murder mystery of all time – is And Then There Were None.

There’s the tight plotting, the wonderfully awful cast of love-to-hate characters, the sheer astonishing brilliance of the reveal. But first and foremost for me is the setting of a closed circle mystery.

The island is a menacing, deadly presence from the outset. It’s that idea of the boat leaving them all there and never coming back: the building horror and claustrophobia as they realise they’re stuck on the island with a killer intent on making them pay for past sins.

They’re forced to face not just the prospect of being picked off one by one, but also their own guilty secrets. Each of the characters knows that they have evaded punishment for a terrible crime in the past.

The inspiration to write my own closed circle mystery

For me, this is the closed circle murder mystery par excellence. It’s also the book that made me want to try writing something similar myself, in a modern context.

Both of my books based on closed circle mysteries, The Hunting Party and The Guest List, are in a way an homage to it, and to my other favourite closed circle Christies: Murder on the Orient Express and Death on the Nile.

Both of my books based on closed circle mysteries, The Hunting Party and The Guest List, are in a way an homage to And Then There Were None, and to my other favourite closed circle Christies: Murder on the Orient Express and Death on the Nile.

Why closed circles are so effective

So why did I choose closed circle mystery settings for my crime fiction? It’s not just that they make for a juicy plot; they can also serve the wider theme of your work. Closed circle settings can even become characters in and of themselves.

The setting for The Guest List – a deserted, remote island off the coast of Connemara, Ireland – serves two purposes.

Firstly, I wanted it to feel like the sort of spot that a glamorous couple like Jules and Will, the ‘happy couple’ in question, would choose for their wedding. It needed to be somewhere ruggedly beautiful and out of the way, somewhere all their guests can really let their hair down, somewhere that feels exclusive and private in its remoteness.

At the same time, I wanted it to feel like a place that could shift from a beautiful escape to an isolated, isolating prison as it becomes apparent that a storm is on its way, sweeping in from out to sea — and that there’s a different kind of storm burgeoning among the assembled party as long-buried secrets rise to the surface amongst all the other guests.

It’s not just that they make for a juicy plot; they can also serve the wider theme of your work. Closed circle settings can even become characters in and of themselves.

The landscape mirrors what is happening within the group. The island is, in a sense, like a character in the novel: turning on the characters as they begin to turn on one another, hostile and unforgiving.

Closed circles turn up the heat on your characters

In both The Guest List and The Hunting Party, my characters are trapped in an increasingly wild environment – nature red in tooth and claw. This adds a layer that locked room mysteries don’t tend to offer. It brings out a certain savage wilderness in the characters themselves, as the masks they present to the outside world fall away.

There is the guarantee of a solution and often a sense of moral certainty, perhaps even a righting of wrongs, despite the bloodshed. This has a certain appeal amidst the chaos and apparent randomness of real life

Robbed of all other distractions, they are forced to look a little too closely at one another… But also at themselves. Past sins catch up with them and they must confront their demons. There is a sense of Fate catching up with them; they can no longer outrun their pasts.

This is something I enjoy about the murder mystery format and detective fiction, particularly with a closed circle or locked room setting: there is the guarantee of a solution and often a sense of moral certainty, perhaps even a righting of wrongs, despite the bloodshed.

This has a certain appeal amidst the chaos and apparent randomness of real life, in which the guilty aren’t always caught and punished, or forced to atone for past acts.

As a writer, a closed circle mystery is a fantastic tool.

The isolation ringfences your characters and forces them under the microscope. They’re stripped back to their most essential selves. They’re exposed in a way that somehow feels natural and inevitable, because when we are removed from our creature comforts and our familiar environments we are exposed. Quite quickly, we find ourselves out of our depth.

Settings in locked room mysteries or closed circles force your characters to interact with one another like difficult relatives cooped together at a family Christmas. It’s a pressure cooker situation in which animosities and previously concealed secrets are bound to rise to the surface.

The isolation ringfences your characters and forces them under the microscope. They’re stripped back to their most essential selves.

A jigsaw for your readers

The ‘closed’ environment sets out the narrative as a puzzle for the reader to solve. It tells them to closely scrutinise each of the characters, their motivations and their behaviour, and also to carefully examine how they interact with those around them.

What often begins as a jubilant setting – a luxury cruise or high-end ski resort, a country house playing host to a glamorous wedding – takes a dark turn (often precipitated by an unwanted guest).

With the door locked and everyone trapped inside, readers and characters alike have to analyse their fellow passengers, guests, relatives or whoever else was present when the start of the story takes place. Red herrings may abound in what seems like an impossible crime, but the readers (and often the characters!) get to take part as they solve the mystery.

I don’t have a Poirot or Miss Marple-esque ‘sleuth’ figure in either book, like the great Agatha Christie. This is partly because I wanted to remove some of the cosiness that I feel inevitably comes with knowing that a brilliant mind will sit everyone down and explain everything at the end.

But I also want to put the reader in the position of detective instead. By presenting them with this closed setting, I am providing them with their pool of suspects to ‘interrogate’ as they go.

Members of The Novelry can enjoy a recorded session with advice from Lucy in our Membership Library Catch Up TV Area.