How To Write A Children's Book and Get It Published. 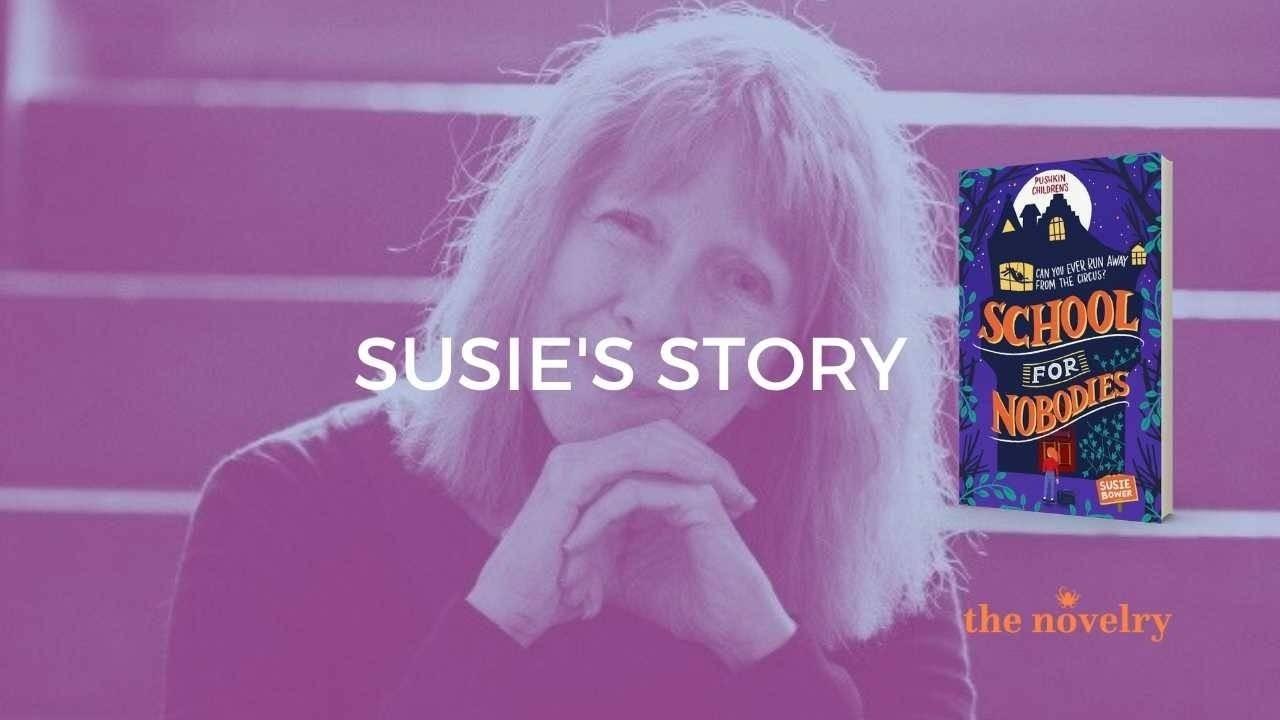 SLAYING DRAGONS or how The Novelry saved a writing life.

I was enmeshed in one of my all-too-frequent cycles of Writer’s Doooooom. My antagonist – a shapeshifter – had four alter egos: an evil taxi driver, a threatening bird, a magical girl and a dragon.

And my novel wasn’t working.

Rewind a year. A previous novel – contemporary women’s fiction – had been published six years earlier by a small press, and I’d struggled to write another. Writing against a backdrop of some extremely challenging life events hadn’t helped. 30,000 words were abandoned. 48,000 words: ditto.

I came across The Novelry when Louise offered one of her online novel courses for auction for the Grenfell Tower fund, something made me follow this one up.

I told Louise Dean the sorry tale of how my writing demons had got the better of me. I just want to finish something, I wailed. And I don’t have a single idea. Louise was reassuring.

"I guarantee you’ll have ideas by the end of the first week."

I held on tight to her optimism.

As I clicked on the opening video for the Classic Course, it felt like I’d come home. Or, more accurately, I became Lucy Pevensie, pushing aside stifling layers of musty coats to reveal clear, moonlit air and a magical, expansive world.

I know why the Classic course worked. It gave me permission to receive. Writing had become a terrible treadmill of effort, or, to mix metaphors, I had my foot pressed to the gas but was grinding to a halt. The Classic course seemed to say: Come on in. Be curious. Play.

So I played. And received. And doodled with ideas. By the end of the first week, just as Louise promised, I had an idea, and by the time I’d completed the Ninety Day Novel course, there was a first draft, quickly followed by a second (dragon-less) one; then came the Editing course and we all lived happily ever after…

I knew that this final draft was flawed but had neither the knowledge or the confidence to change it for the better. The opening chapters were longlisted for the Bath Children’s Novel Award, which thrilled me, but didn’t make it to the shortlist. Meanwhile, I’d begun researching and submitting to agents. And this is where a series of synchronicities came into play.

During another of my cycles of Writer’s Doooooooom, I’d immersed myself in reading contemporary children’s literature and was convinced that my writing would never make it: the dragons of doubt were well ensconced. My writing was too quiet; there wasn’t enough action; and the weightiest and most obstinate dragon of all: it was all too late and I was far too old to get an agent, let alone to be a ‘debut’ author.

Then I happened to read Onjali Q. Rauf’s best-selling book about immigration, The Boy at the Back of the Class. It gave me hope. Here was someone who wrote in a similar tone to me. I looked up her literary agent and put Silvia Molteni at the top of my list.

I was lucky enough to ‘finish’ School for Nobodies just as Louise began getting requests from literary agencies to set up partnerships. She agreed to submit it on my behalf to Peters, Fraser and Dunlop. My first chapters and synopsis landed straight on the desk of Silvia Molteni who came back fast and requested the full manuscript. She read it in a couple of days and asked to speak to me. Louise called from the Bridport Retreat to let me know: in the background, the lovely writers of The Novelry cheered.

For me, The Call was the most terrifying part of all. Here was a most fearsome dragon guarding the gate to my hopes. I’d never spoken like this to a real, live agent and was convinced she would immediately realise I was completely unsuitable as a client. But Silvia told me she’d been looking for a Middle-Grade novel for a long time and was excited about School for Nobodies. She asked if I’d be prepared to do some work on it? Would I! What I loved about that phone call was that Silvia then offered to sign me immediately. She believed in my book and was willing to trust that I could do whatever it took to make it better.

Then the real work began.

Not all agents work on manuscripts with writers, and I’m eternally grateful that Silvia does. A few weeks later, four tightly-written pages of notes, questions and comments arrived, together with a heavily marked-up manuscript – and a deadline of 2-3 weeks to revise the novel, as she wanted to pitch it at the London Book Fair! I cancelled everything, put my head down and worked…

The publishing world operates in a strange, polarised manner: bursts of frenzied activity, where emails hailstorm into inboxes and deadlines rise up like giant waves, interspersed with long periods of glacial inactivity. I waited, breathlessly, for Silvia’s response. Then, after a couple of weeks, she wrote back, saying she loved what I’d done.

And then it all went very quiet as Silvia picked her time to submit School for Nobodies to publishers. She decided to submit to 17 publishers at once – hoping, no doubt, for an auction situation.

And the waiting began.

Two weeks later, I was on holiday in Cornwall, with a very dodgy mobile signal. Silvia rang to say that an editor, Sarah Odedina at Pushkin Press, would like to speak to me. Terrified again (I hate phones), I took my mobile up to the highest point I could find and croaked hello…

Sarah was lovely. She was really complimentary about School for Nobodies and asked what else I was working on. She said the manuscript was in good shape, but would I be willing to do more work on it? Would I! (is this sounding familiar?) But she didn’t actually say she wanted to publish it.

The other publishers responded. Their reactions were conflicting – from  I don’t love it enough, through a really close call…this was by no means an easy rejection, devoured the manuscript in one sitting but felt some of the plot issues weren’t easily fixed…I just didn’t get on with the voice, a bit whimsical for my tastes…absolutely loved the voice but worried it felt quite similar in tone to a few projects we have on the list…it wasn’t quite there for us in terms of world-building and some of the characters…loved the vivid and fantastical characters…it felt slightly meandering…Susie has a unique ability to build pace in an effortlessly page-turning way…

And then, Pushkin made an offer. There are no words for the emotions pinballing around inside. I signed my second contract in just a few months.

More weeks passed. Then Sarah sent several pages of notes and a marked-up manuscript. This time I had longer to do the revisions – around six weeks. Sarah’s mantra was keep it simple. Louise had killed off my dragon. Now Sarah killed off my taxi-driver. My ‘darlings’ were being decimated one by one – but each grisly assassination improved the book. And at last I had the confidence to add a crucial new element which I hoped would solve the plot problems. Eventually, I sent off the re-re-re-re-revised manuscript.

Several weeks later, Sarah got back to me. She loved the revisions! I could breathe.

Next, the cover design. I was asked to write brief descriptions for each of my characters to send to the designer, Thy Bui. I was fully prepared to hate her interpretation of them, having seen middle-grade covers by other illustrators which I heartily disliked – so was completely taken by surprise by the beauty she created. I cried (in a good way). 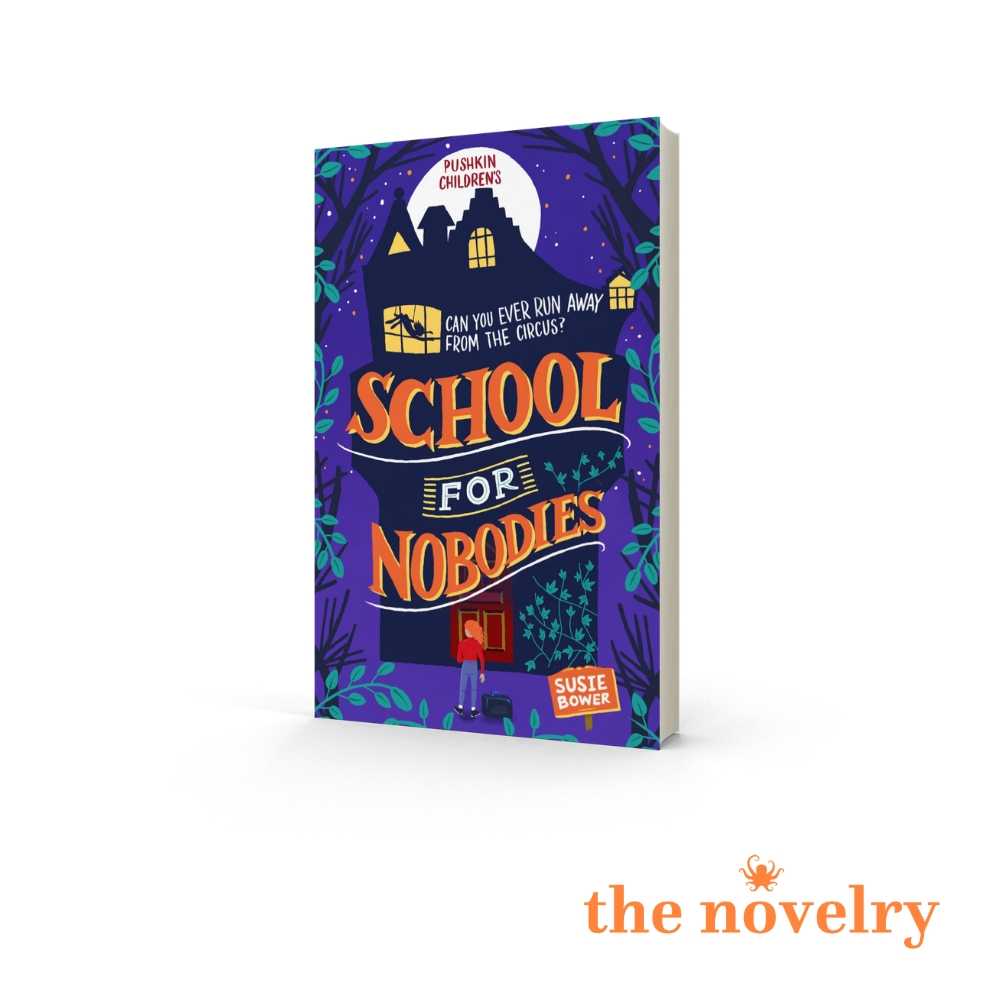 Meanwhile, Silvia, my agent, sold the audio rights to a British company, which felt equally exciting. I would even have a say in choosing the narrator!

Then came the copy-editing. An editor went through the novel standardising the spellings and punctuation and house-style, picking up formatting problems, asking for more character description, querying inconsistencies (was it really two days since character X had done this, because it looked more like three?) (would that character say this at this point?) (hadn’t that character sat down a couple of pages back, so why were they standing now?), picking up repetitions (why were there two chapters called ‘Rescue’ and why had I used ‘eyes like saucers’ (argh, cliché alert) no fewer than four times in a few pages). I went through the whole novel around three more times, using Track Changes. I’ve just sent these off, and there will doubtless be more discussion before it’s finally ready to go off for type-setting. In January, the first page proofs will arrive, and at that point it will become expensive to make any further changes. I’ll then have three days to approve the final front and back covers and School for Nobodies will be sent for printing and published in May next year.

So that’s my publication story, dragons and all.

Oh, and one more thing. Remember how I almost gave up, believing it was too late and I was too old? Well, please don’t ever let that particular dragon scare you away from writing.

Because it took me 66 years to get an agent. And it’s been worth the wait. 😊

Start your adventure in children's fiction with The Classic Course. Dragons optional.