How to Prepare for Writing a Novel – Katie Fforde 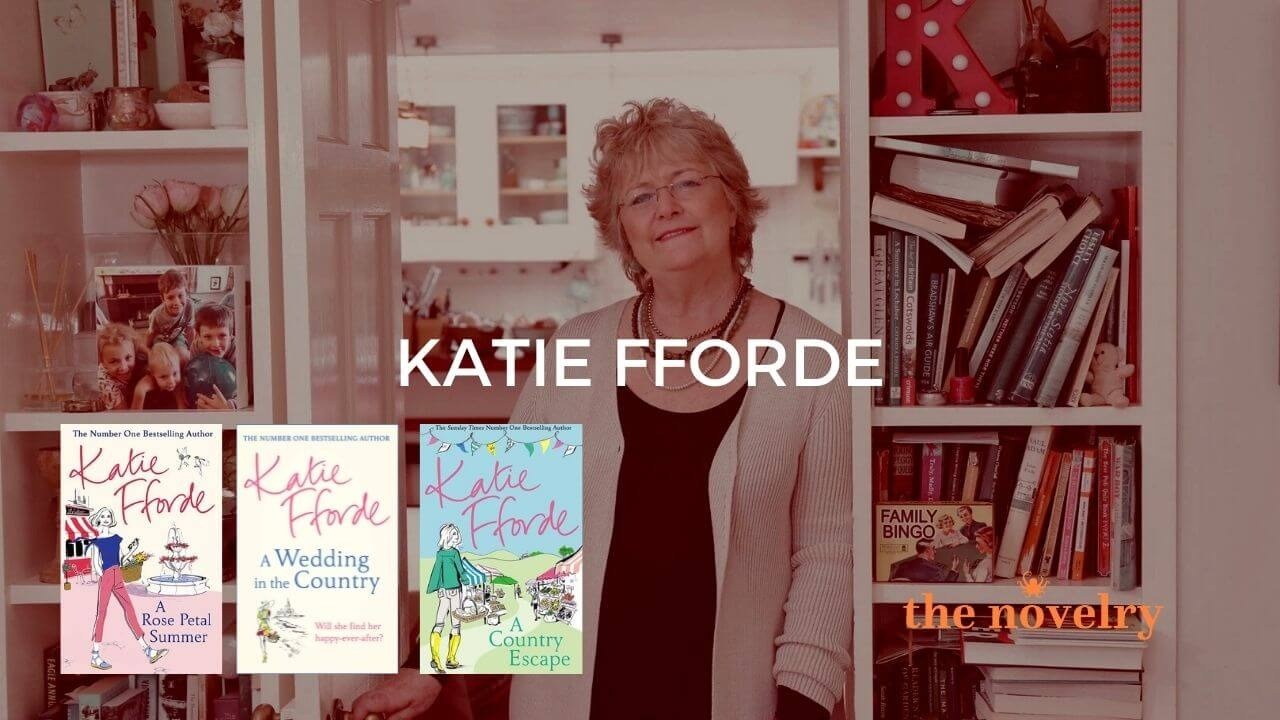 From the Desk of Katie Fforde

Right at the beginning of my writing career, when I was trying to write novels for Mills and Boon (easy to read, incredibly hard to write) someone suggested it was easier to get historicals published. There was a shortage.

I quickly worked out a plot (hugely derivative – basically the girl dresses up as a boy to follow her love to sea) and went on to read a lot of novels by Patrick O’Brian as my research (I really enjoyed them!). All I had to do was start.

I did start, but I was only halfway down the first page when I realised I didn’t know what they wrote with on ships during the Napoleonic wars and my plot hung on me knowing this. I could probably have found out but it would have taken me weeks (which makes me think that Patrick O’B, a stickler for research and expert in the most obscure and finicky bits of rigging, possibly didn’t know, otherwise, why hadn’t it ever come up in any of his many novels?).

Luckily, the telephone rang while I was wondering how to get around this small but important lack of information and I was introduced to an agent, who kindly took me on. I didn’t have to write historicals anymore because she was interested in a contemporary novel for a publisher other than Mills and Boon. I was so relieved it took me over thirty years before I even considered writing something that was not set in a period I was living in.

I've always done quite a lot of work to prepare for writing a novel regardless of the time period. Considering I’m a writer, I find it quite hard to make things up. When my characters get engagement rings (which they don’t always) I have to look online and find the perfect one.  This is time-consuming, and when you add me having to find the sort of Christmas present you might find on a brocante stall in Provence suitable for a nine-year-old, the opportunities for procrastination are second-to-none.

Although my characters are very important to me I mostly have a theme and then think ‘what sort of person would do this?’

I always feel guilty about this. I like to think that my books are character-led and I think once I’ve worked out what sort of woman loves pottery (or whatever) they are character-led. But I feel that proper writers have a character in their head who just happens to be a potter.

Having found my theme, I then have to find out about it. To begin with, I only wrote about things I knew but soon ran out of them. So then I had to research - and pottery was an early example. But it was while doing this that I learnt a valuable lesson. I had planned to watch my friend who worked in the same café I worked in while she made pots. She had other ideas. She made me try and throw a pot and get my hands in the clay.

‘Getting my hands in the clay’ became my rule.

I had written getting on for thirty contemporary novels when I suddenly decided I was going to write a series of novels set in the 60s. And as I don’t have a time machine, I had to use the internet - which was probably what I’d have ended up doing in lockdown anyway.

My starting point was a course I took in the 70s. It was my friend and fellow writer Jo Thomas who suggested it, saying, ‘you’ve never written about that cookery course you did’.  Jo saw it as a TV series (I wish!) but I saw it as three novels set in the 60s, which I thought sounded far more fun than the 70s. Once I’d convinced my editor this was a good idea, I set about the research. I’ve always admired the research that historical writers do. I always believed I couldn’t do it. And yet somehow I had committed myself to write a trio of non-contemporary novels so I had to get on with it.

The concept, three girls on a cookery course, all there for different reasons, came to me instantly, and so did the characters of the three girls. This was a pleasant surprise as usually, I spend a lot of time thinking about the people I’m going to write about. Mostly, my protagonists have been closely based on myself. While all of my three girls share something of me, they are fairly different. Alexandra, for example, has all sorts of characteristics I would love to have but absolutely do not. Next, I had to find out what sort of a world these young women would be living in.

I read Virginia Nicholson’s book about women in the 60s. This was quite eye-opening as I’d always assumed the 60s were fairly liberated for women (I was only a girl at the time).  Not so! The pill may have been invented and women were often expected to have sex with their boyfriends, but there the liberation ended. Women still did all the cooking and cleaning and looking after their husbands. Many of them were brought up to do only this. My mother was more advanced: she thought I should have a satisfying job and do all the cooking and cleaning. Once babies came along, all thought of work outside the home was over unless you were either very poor or very lucky. I read of women who gave up the careers they loved to look after their children and bitterly resented the children because of it. I read of one woman who had her pearls taken away by her husband for years because she said ‘bloody’. Another was made to give up playing tennis because it was a waste of time. So you couldn’t work and you couldn’t have hobbies. Although some women did have careers and a marriage it was rare. Not very liberated after all.

As a reader, I am incredibly fussy when I come across anachronisms in historical fiction. I can get really quite aerated by a wrongly placed lemon drizzle cake (not invented until the late 60s – not during the Second World War) or when first and second class post came in (also the 60s, not the late 19th century, as one book had it). Thus it was even more important for me to get the details right.

I had a few huge advantages though because not only was I alive in the 60s but I am terribly old fashioned in my use of language. And, of course, as mentioned, I had the internet!

I think lockdown was hugely helpful. The world was all so different, so unreal, that putting myself down the rabbit hole back into my early teens began to feel normal. But I didn’t dare leave anything to chance. I remembered, and so checked, that the Victoria Line wasn’t opened until l968. My book is set several years earlier and sadly I never had the opportunity for one character to say to another, ‘if only there was a tube line that would take us to Pimlico.’ My characters (well, one of them) went to Sloane Square and walked to Pimlico just as I had done all those years ago.

I took to checking everything obsessively. When was there first a market on Portobello Road? Centuries ago apparently, so I was all right there. And when did people first start wearing tights? I remember that myself: the relief of not struggling with stockings that weren’t long enough, even if you bought the biggest size and had a bit of heel halfway up the back of your leg. But I still had to check the year.

You have to get the details right for the whole thing to come alive.

Katie Fforde is the author of 4 number one bestsellers. Published since 1995, her romance novels are set in modern-day England.  She lives in the Cotswold countryside with her family. Each of her books explores a different profession or background and her research has helped her bring these to life.

She’s been a porter in an auction house, tried her hand at pottery, refurbished furniture, delved behind the scenes of a dating website, and she's even been on a Ray Mears survival course. She believes falling in love is the best thing in the world, and she wants all her characters to experience it, and her readers to share their stories.

Join us for the live Q&A session with Katie Fforde in conversation with our own Kate Riordan.