How to Research for a Novel with Mike Gayle 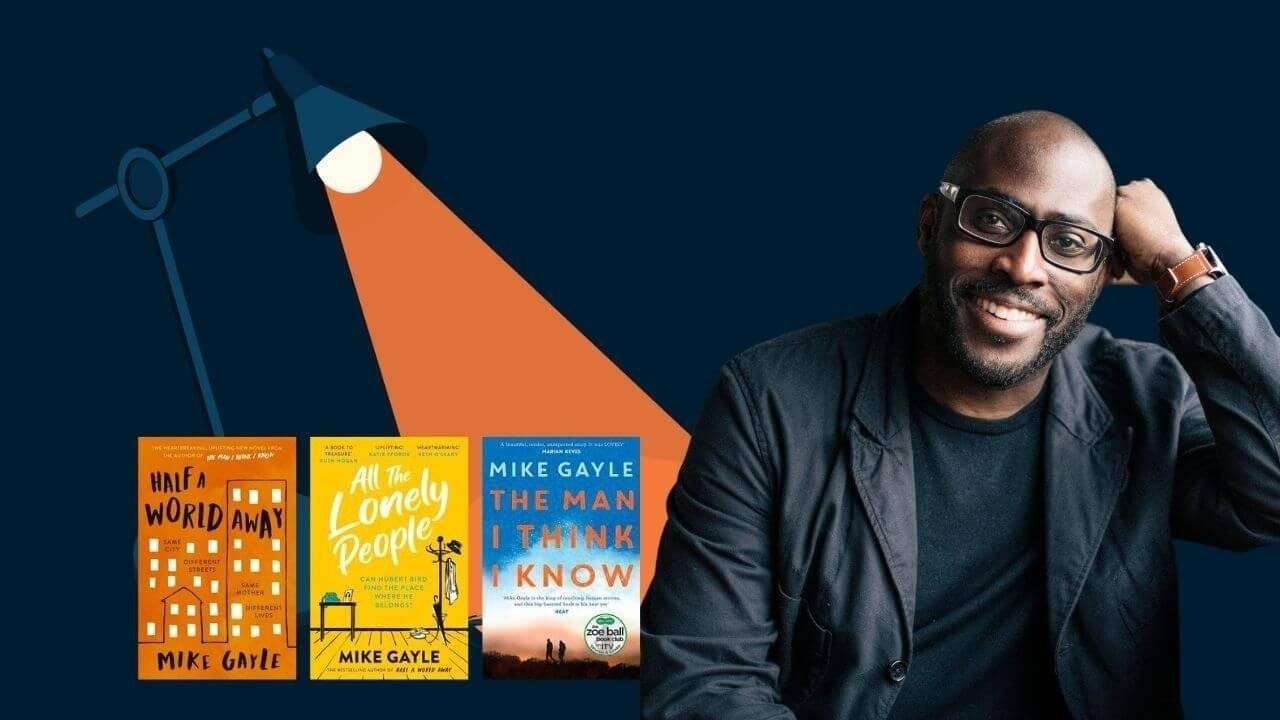 Whether you’re writing about tenth-century royalty, Amazonian rainforests or the family that lives next door, many writers bump up against the question of how to research for a novel.

After all, we strive for accuracy and fairness of representation, no matter how fictional our work. But how do you know what you need to know, how much research you should conduct, and the level of detail you should include?

Ensuring your writing is accurate without venturing into textbook status can be a balancing act. And knowing where to find reliable and valuable sources is its own challenge.

Mike Gayle is no stranger to researching for novels and newspapers alike, having written for publications including The Sunday Times, The Guardian and Cosmopolitan before becoming a full-time novelist in 1997.

Here, Mike shares his top tips on how to conduct research and how it fits into the writing process, and recounts his personal experience of digging into less traditional archives for All The Lonely People, which was shortlisted for the British Book Awards Pageturner Book of the Year 2021.

It used to be the case that whenever anyone asked me about my research process while writing my novels, I’d say something debonair like, ‘My life is my research!’. I’d raise an eyebrow as if to make it clear what an incredibly interesting person I was, constantly having adventures and living life to the full.

The truth of the matter, however, is that I’m actually quite boring. Even worse, I prefer it that way. I like my drama to exist only within the pages of the books I write. Real-life drama isn’t my thing, at least if I can help it.

I’m telling you this as a preamble to what I’m going to say next, which in short is this: All The Lonely People took a lot of research.

When I first came up with the idea for All the Lonely People, one of the things I knew I wanted to explore was a long life lived from beginning to end.

In the past I’ve tended towards writing fiction about key moments in a character’s life: the weekend of a tricky birthday, the months following the reintroduction of two old school friends, two siblings coming together after a lifetime apart.

But in All The Lonely People, I wanted to examine a character’s story from beginning to end as a way of thinking about how people become lonely.

My writing process began with a simple story

To start with, I had an image in my mind of a home.

At first, that home only has one person in it, then that person falls in love with another and there are now two. From the love of those two people comes another person, and yet another, until finally there are four people in a house where once there was one.

But the story doesn’t stop there, no matter how much we’d like it to.

For Hubert (because of course, it is Hubert I’m talking about), the home gradually begins to empty. First, Rose leaves to go to university, then David follows to live his life, and then finally (and most heartbreakingly of all) Joyce leaves too. There is only Hubert left.

I knew this was the story I wanted to tell; the story of how someone’s life fills and then empties again. But to tell that story would require me to dig deeper than I ever had before, to push myself far outside my comfort zone.

I’d never written historical fiction before. The farthest I’d ever gone back was the Seventies, the decade in which I was born. To write this story I was going to have to travel back twenty years before my birth, to a time I had no direct experience of.

In short, I was going to have to do what all fiction writers, eventually, concede they must: some research.

My first foray into researching for creative writing

As I set about gathering information, my first port of call was not a Google search, but my parents. Family stories are a great path to creative writing, and can make book research not only entertaining, but a bonding activity.

That said, getting any relevant information out of them wasn’t the easiest of tasks. They were consistently vague about all manner of questions, and it was quite hard to pin them down.

They were good at the early days, telling me wonderful stories of life in Jamaica. But they seemed to falter when it came to talking about life in England.

At first, I wondered whether it was a memory thing – after all, they’re both in their eighties now. But having spoken to friends whose parents are of the same age and also immigrants, I think something else might be at play.

I suspect this haziness is down to the fact that from the moment they arrived they were so busy working, struggling to make ends meet, make a life and survive in a strange and often hostile country, that much of those early days is a blur.

Thankfully, however, there were plenty of other rich resources available and I found plenty of research material to support my novel writing endeavours.

And trust me, by no means was all the research conducted through dusty manuscripts in my local library. In fact, I found plenty of rich subject matter in the visual medium. And that helped me pen images relevant to my character’s story.

Mother Country (edited by Charlie Brinkhurst-Cuff) was particularly helpful. Subtitled, ‘Real Stories of the Windrush Children’, it’s a wonderful collection of first-person stories told by the children and grandchildren of those that came from the Caribbean to England in the 40s, 50s and 60s.

In another wonderful nod to the link between fact and fiction – and the power of historical fiction – I also found novels to be hugely useful.

Particularly helpful was The Lonely Londoners by Trinidadian author Sam Selvon (1956), which tells the experiences of Moses Aloetta in post-war London. Another big influence was Andrea Levy’s Orange Prize-winning tale, Small Island, offering a fascinating insight into the lives of people like Hubert.

If my children had informed me they were watching YouTube videos for ‘research’ before I started writing All The Lonely People, I would’ve been highly sceptical. But it turns out that the online platform is another superb resource to carry out more research into this area.

I can’t think where else I would have been able to find, for instance:

Pathé newsreels entitled ‘The Jamaica Problem,’ and ‘No Colour Bar Dance’ are particularly eye-opening about the blatant racism faced by the newly arrived West Indians. The films are at once hilarious and depressing, which is no mean feat. Take a look and you’ll see what I mean.

The four-part documentary series, Windrush was produced and directed by David Upshal and originally broadcast on BBC2 in 1998 to mark the 50th anniversary of the arrival of the Empire Windrush. It is essential viewing.

Its scale and depth greatly informed the creation of Hubert and his environment, and I urge you to track it down and watch it. It is worth your time. We all like to watch documentaries for entertainment as well as research, but this one goes further still. It could really expand your worldview.

The multifaceted experience of researching for a novel

I explored many different reliable sources from and about the time period to flesh out everything from sensory details to factual accuracies. And finally, I had done enough research to start writing. A big part of novel research is knowing when to stop researching and begin your writing process proper.

The majority of my research shocked, saddened and angered me. But there was a lot that put a smile on my face too.

Listening to the Windrush generation talk about their experiences in their own words was empowering, for example. I couldn’t help but notice how, despite all the difficulties they faced, they never seemed to let things get them down, they always found a way to keep going.

And it was this spirit, more than anything, that I wanted to capture in Hubert Hezekiah Bird. I wanted to create a character who, though he faces sorrow, pain and problems, finds a way through it all and ultimately leaves the world a better place than he found it.

Members of The Novelry can enjoy a recorded session with Mike in the Membership Library Catch Up TV Area.