How to Write a Bestseller with Paula Hawkins 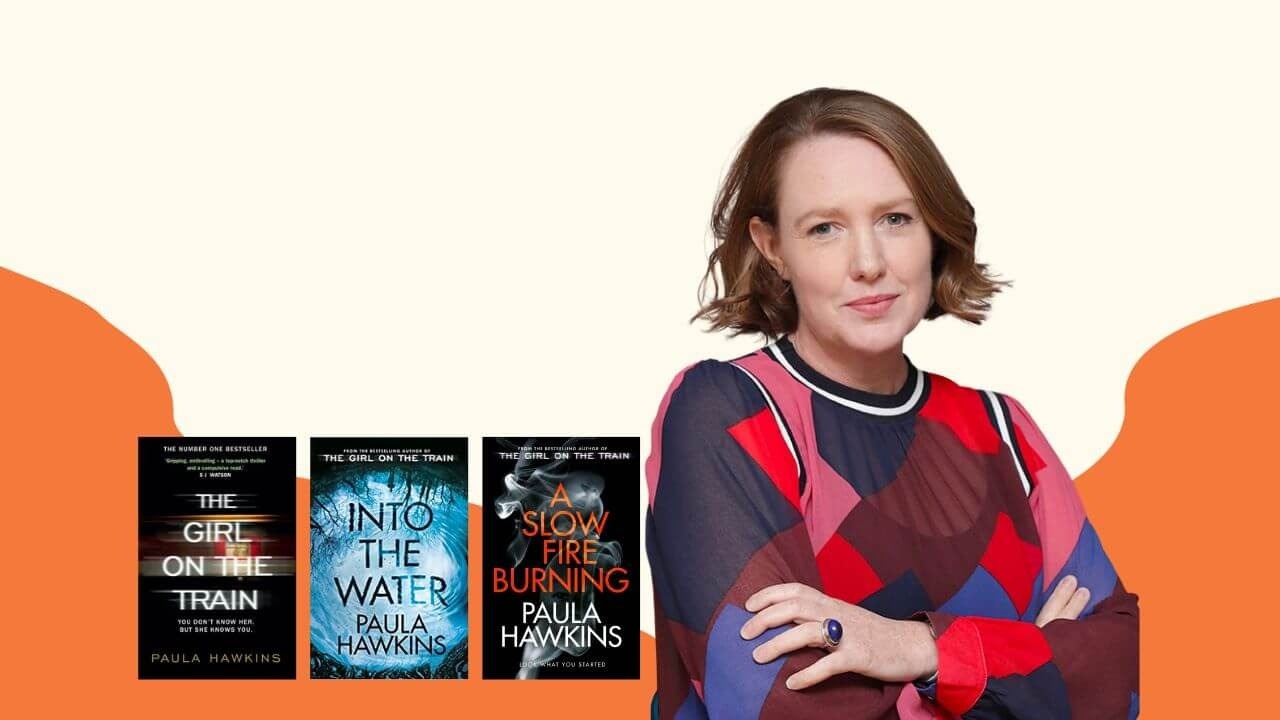 If anyone knows how to write a bestseller, it’s Paula Hawkins. The Sunday Times and New York Times No.1 bestselling author of Into the Water and A Slow Fire Burning, her debut novel The Girl on the Train has sold more than 23 million copies worldwide and was adapted into a major motion picture starring Emily Blunt.

In this blog post, Paula Hawkins shares her pointers on how to write a bestselling book.

A bestselling novel begins with a great story

I didn’t set out to write an unputdownable book, but when The Girl on the Train was published, I was told very clearly that I had, and that numerous train stops had been missed as readers were compelled to keep turning the pages.

Unputdownable hadn’t been an aim. I didn’t even knew that I knew how to write a bestseller. I had simply wanted to write a crime novel about a young woman with a drink problem who suffers from blackouts. I was interested in how her memory of acting a certain way related to her sense of guilt and responsibility for her actions.

Normally, it’s the book idea rather than the writing style that we have front of mind when we set out upon the tumultuous adventure of writing fiction.

Should you try to write a bestseller?

Unputdownability is rarely a goal in and of itself. Not everyone believes unputdownability is a good thing at all, so the question of how to write a bestseller may not be on your mind. You may be focused on your writing process – and that’s no bad thing. Fixating on book sales when you start writing is probably not conducive to creativity or a pleasurable writing journey.

Howard Jacobson, the Booker prize-winning literary novelist, wrote a whole newspaper column about how fiction writers should create books that are eminently putdownable. Before the end of the first page a reader should, he argued, want to put the book down and think about what the author has written.

That literature ought to be thought-provoking or challenging is hardly controversial. Nevertheless, some might argue that it’s possible to write provocative and stimulating novels that are also impossible to put down.

They might even argue that some writers of literary fiction would do well to pay more attention to compelling narratives and less to provoking thought, and consider how some of the building blocks of writing a bestseller could serve them...

I do think there is value in the art of inducing readers voraciously to turn the page, the skill of transporting them from the armchair in the living room to some other world they desperately don’t want to leave, for a page or twenty or fifty.

This, surely, is as worthwhile as inspiring the reader to place the book back on the edge of the armchair and ponder the state of the universe.

There is value in the art of inducing readers voraciously to turn the page, the skill of transporting them from the armchair in the living room to some other world they desperately don’t want to leave, for a page or twenty or fifty.

What makes a great story idea?

So, what is it, then, that makes a piece of fiction irresistibly compelling? How can you tell if your story idea has the makings of a runaway hit? How do you write a bestseller?

Spoiler: it’s unlikely to be the plot.

A cracking plot is important, particularly in a crime novel, but it is not what tends to make a novel addictive. It’s not the secret ingredient to write a bestseller.

For unputdownability, would be authors are better off considering structure and character.

Establish predictability if you want to write a bestseller

It may seem counter-intuitive, but to write a bestselling novel, it helps to have an element of predictability. It can actually work to keep a reader’s interest.

In the early chapters of The Girl on the Train, Rachel’s morning and evening commute gave a definite rhythm to the novel which lured the reader in. They knew exactly where they were, they knew what to expect until – suddenly! – they didn’t.

To write a bestselling novel, it helps to have an element of predictability.

S.J. Watson’s Before I Go To Sleep and Kate Atkinson’s Life After Life have a similar quality (as does the film Groundhog Day!).

The reader (or viewer) understands that there is going to be a certain amount of repetition, but they also know that something is going to be different, and the anticipation of the change is part of what keeps them turning the page. This is what helps to make a bestseller!

Of course, a reader might tire of those early chapters – a woman going backwards and forwards on a train is not, in itself, a thrilling concept, unless the woman is very intriguing. Readers will follow a compelling character to the ends of the earth, and a bestselling book needs a great character.

Compelling characters are psychologically convincing, but can also surprise the reader. Their actions might at first shock or even repel, but they become understandable once we understand the background or rationale behind them.

Write a bestseller with immediacy

You may have noticed that many recent bestsellers are written in the first person. A big reason for this is that it lends immediacy.

Rachel, the main character from The Girl on the Train, was not, on the surface, likeable or warm. But readers were afforded direct access to her – at times discomforting and strange – thought processes, and they engaged with them.

This first person narration generated intimate character development. Readers saw a part of themselves in her, they identified with some element of her isolation or pain or anger and they gave themselves over completely to her story.

Readers saw a part of themselves in her, they identified with some element of her isolation or pain or anger and they gave themselves over completely to her story.

A good first person narrative is immersive in the most compelling way: Lucy Ellmann’s 1000+ page novel Ducks, Newburyport is a great example. Ellmann puts the reader inside the head of her main character, a housewife going about her daily life. They gain access to every notion that occurs to the protagonist throughout the course of her day.

The experience is, dizzying, compelling, and memorable in all the right ways. While endless plot twists, cliff hangers and other page-turning ‘devices’ can feel manufactured, a good character never does.

This is one of the secrets of successful authors: with a good character, you have the foundation to begin writing a bestseller.

Bestselling books deliver on the twist

That is not to denigrate the plot twist: a truly surprising or shocking twist is a glorious thing.

But for a book to be unputdownable, you should catch your reader’s attention early and have them waiting for the twist. They must be expecting something to happen, and still be surprised by what actually does.

The speed at which those puzzle pieces are doled out is critical. A successful author drip-feeds essential pieces of information at exactly the right moments, making it impossible for the reader to resist them. They must pick up the crumbs, they must follow the trail into the woods.

Knowing not just the direction of travel but also what one might find at the destination keeps the reader turning the pages.

Moreover, knowing how a novel ends can add to the suspense rather than detracting from it. It’s one of the things that makes a good prologue such a strong way to start a story, as many writers have proven!

Knowing how a novel ends can add to the suspense rather than detracting from it.

Everyone knows, for example, that Thomas Cromwell will be executed at the end of The Mirror and the Light, and it is in the context of this terrible knowledge that the book becomes almost unbearably suspenseful as the climax approaches.

Mantel’s work is a good example of a book that is at once cerebral and propulsive. Kate Atkinson’s stellar and bestseller Jackson Brodie novels – pacy, intricately plotted and peopled with memorable characters – also prove Jacobson wrong.

You don’t need to choose between intelligence and unputdownability; it’s possible – though fiendishly difficult – for writers keep readers turning the page, while still making them think about the novel for days and weeks and months to come.

Members of The Novelry can enjoy a recorded session with advice from Paula in our Membership Library Catch Up TV Area.