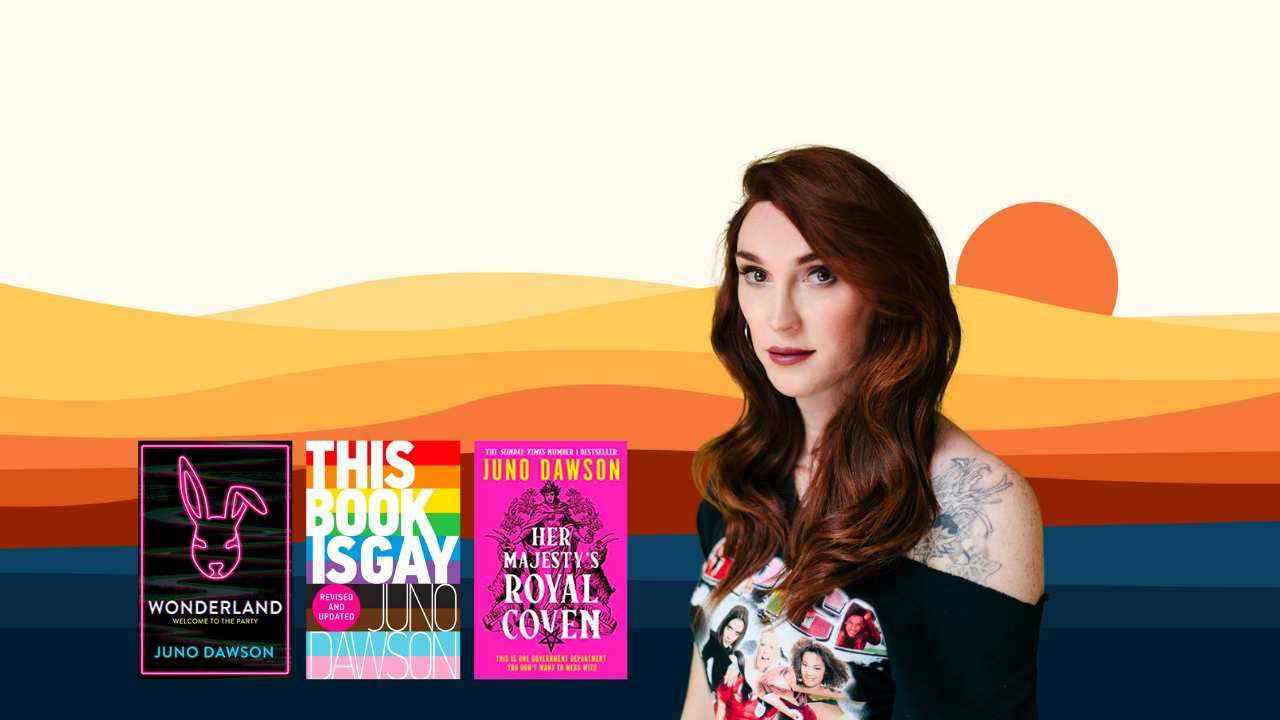 The writing life brings all kinds of rewards – personal fulfilment, creative exploration, professional freedom, an office that roves wherever your heart desires... But one reward that isn’t always guaranteed is the financial sort. In fact, even some of the most successful and lauded writers – like Juno Dawson – find themselves juggling lots of different jobs.

So how do they do it? What can earning a living from your writing really look like?

In this blog post, Sunday Times best-selling novelist, screenwriter, journalist, podcaster and columnist Juno Dawson shares a peek at her working life, and gives us all some inspiration to pursue our passions. Juno has published both fiction and non-fiction books, including the award-winning London Trilogy, Clean, Meat Market and Wonderland. Her first book in her adult fantasy trilogy, Her Majesty’s Royal Coven, launched in 2022, and immediately became a number 1 bestseller. Juno also writes extensively for television, both in the UK and the US.

Read on to find out how Juno manages the superhuman feat of doing it all!

To write is to juggle

I can only apologise in advance for this dreadful blog post. Like, it will be THE WORST. I’m writing on the packed 08.35 Worthing train to London Victoria – hardly an inspiring setting – and I’m supposed to be writing about the shift from YA fiction to a more OA (Old Adult) audience. Instead, I’m going to write about what’s on my mind right now: the role of the writer as juggler.

How I envy Donna Tartt. Not only is she a beautiful prose writer and the owner of the best bob in fiction, but she somehow sustains a living writing one novel every ten years or so. She lives in semi-seclusion on a farm and never, ever has to get the 08.35 to London Victoria.

I’m going to write about what’s on my mind right now: the role of writer as juggler.

I’m heading to London to meet with some TV production companies. This year, one of my scripts (an adaptation of my London trilogy of YA novels) made the influential Brit List and has opened some doors.

Working in television is a different beast

Since 2017, about half of my income has been through TV and film work.

It’s fun, collaborative and fast, but I have little to show for it in terms of a finished product. Very, very few scripts make it over the line. It’s akin to walking into HSBC and asking for a twenty-million-pound loan.

The development process, however, is lucrative. All you need is ideas aplenty and the gift of the gab. I’ve never been short of ideas; I’ve always known I have more concepts in my head than I could possibly publish as novels.

Some of those ghosts haunting my insomnia made for great TV pitches, and that’s where the gab comes in. You have to be able to sell your idea, often at very short notice.

How I balance my time

TV people often set tight deadlines so occasionally I have to drop my novel, whatever flow I’m in, to get things ready for meetings or pitches. I have to balance my time.

Something had to give, and I’m afraid it was stuff like this. The stuff around a novel is greatly time-consuming. Can I just record a quick video for XYZ? Not really, no. By the time I’ve made myself look presentable and filmed fifteen takes to get one decent one, there’s an hour gone. School visits too have fallen by the wayside – I simply cannot afford a day off to travel to the Wirral or similar. I miss them, but I’m not a superhero.

The juggling act isn’t ideal. It’s frustrating to get into a rhythm with a script or a novel and have to quickly attend to something else. I know any day now line edits on The Shadow Cabinet will land in my inbox. That’s top priority. I have a second series of Doctor Who: Redacted to plot. That’s number two. But what about making a start on HMRC3? I guess after Doctor Who? It’s a lot.

The juggling act isn’t ideal. It’s frustrating to get into a rhythm with a script or a novel and have to quickly attend to something else.

Why I want to do it all

I cannot speak for Donna Tartt, but I really need the money. There’s no great mystery there.

I LOVE writing. I LOVE storytelling, but there’s a mortgage and bills to pay. Not to sound like an evil fairy pissing on the chips of aspiring writers, but novelists are rarely paid well. I once worked out that my publicist, a recent graduate, was earning more than me if we worked out our pay by the hour. I think we should both be paid fairly for our labour, but that’s another blog. (Support the Harper Collins US strike).

I worked. I put myself out there, I did every event, book launch and blog and podcast going, but rarely are you paid for those things.

Some lucky debut authors are blessed with silly-money advances, but those are the ones who make the headlines because publishers are absolutely going to push those books to claw back their investment. We treat every author the same is just not true, I’m afraid.

The phases of my career

For the early part of my career, let’s say 2011 to 2016, I received dwindling advances. When each title progressively sold less well than the last, the advances went down and so did the ‘push’ I was given for each launch. I worked. I put myself out there, I did every event, book launch and blog and podcast going, but rarely are you paid for those things.

I got very lucky. I wrote Clean in 2016 and it changed everything.

I got a competitive advance, and the scrap to secure the TV rights helped hugely. The book also opened my first doors into TV – not everyone could option Clean, but what other ideas did I have? Let’s set up a meeting. This second phase of my career went from there.

I just wrote a book I would love with all my heart. I think it shows. I wish I’d thought of that sooner.

I suppose Her Majesty’s Royal Coven marks the dawn of Phase 3, to borrow the Marvel system. The financial security afforded to me by my double career meant I could, creatively, do what I wanted. I wrote HMRC not knowing if it would even sell, but it didn’t matter. I just wrote a book I would love with all my heart. I think it shows. I wish I’d thought of that sooner.

Fortunately, the trilogy did find a home and is, by some margin, my most successful title to date. Phew! I guess it’ll buy me some more time in a profession I adore – that was always, and is still, my goal.

Could I semi-retire to a Virginia farmhouse? Probably not, but I wouldn’t want to. After ten years in the job, I am still full of ideas. I had one the other day. I had to get out of bed and write some notes down.

Do I have time for a new YA series? Absolutely not. But I am on my way to meet TV producers. They’re gonna hear all about it. 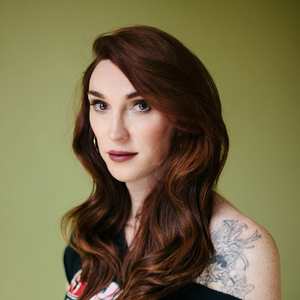 Juno Dawson is an award-winning and bestselling author of books spanning fiction and non-fiction, and crossing YA and adult fantasy. Juno’s books include the global bestselling phenomena This Book is Gay and Clean, and in 2020 she was awarded the YA Book Prize for Meat Market. Last year, Juno launched her first adult fantasy trilogy Her Majesty’s Royal Coven – an instant Sunday Times No.1 bestseller. Juno also works on television and podcast scripts.