An Interview with Kristin Hannah 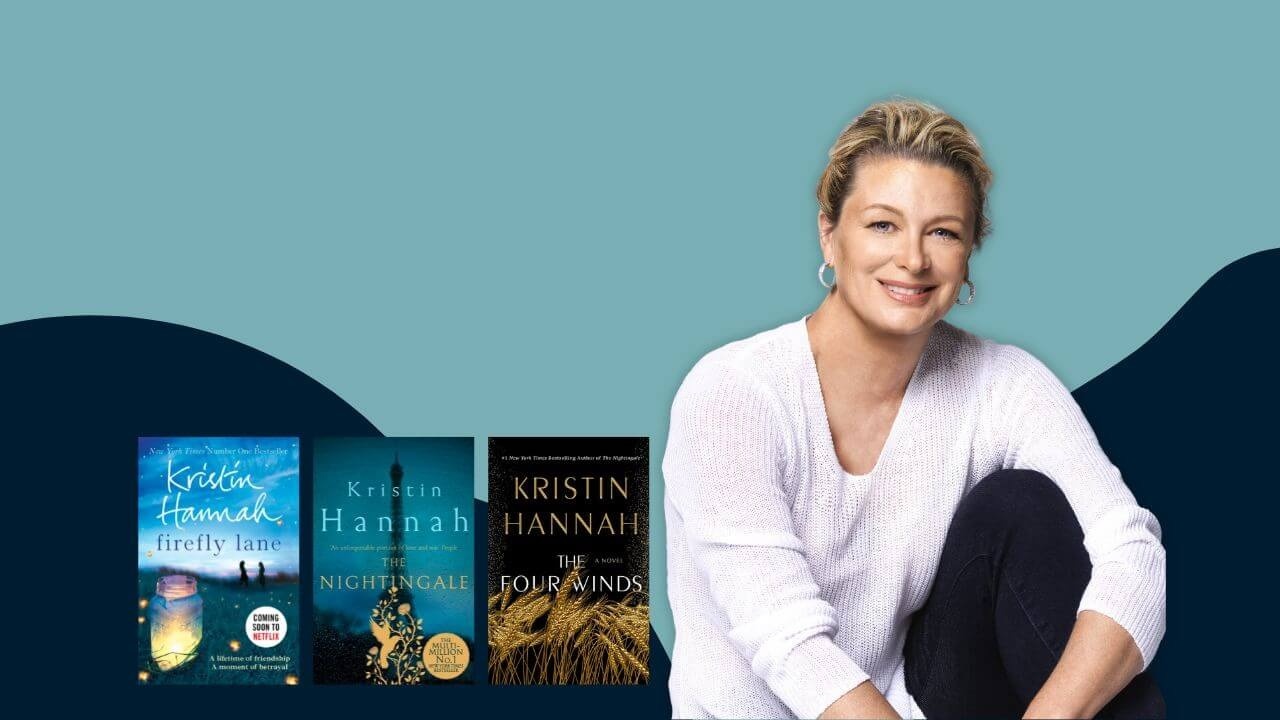 Kristin Hannah has published 24 books that traverse eras and geographies, spanning far beyond California and the Pacific Northwest where she grew up. From occupied France during World War II to the dust bowl during the Great Depression, Kristin’s powerful prose and careful research conjure vivid, rich settings. And whether they’re part of the French resistance, pursuing the American dream or simply seeking a better life and hope for the future, Kristin’s characters grapple with themes and challenges that are deeply relevant today: nature and environmental disaster, female courage, the lessons we pass onto the next generation, and the beauty of the human spirit. There’s a lot we can all learn from her writing.

Ahead of our live Q&A with Kristin Hannah for members of The Novelry, we asked the New York Times bestselling author a few of our own burning questions.

Kristin has had tremendous success – you’ll regularly see her titles in the front windows of your local bookstore. She’s had huge hits like Winter Garden, Home Front, Firefly Lane (which you may have seen adapted into a hugely popular series on Netflix) and The Nightingale, which is getting its own movie production! Her new novel, The Four Winds, was published last year to great acclaim.

So, if you want to see how bestselling author Kristin Hannah crafts unforgettable characters, stirs up dust storms and great plains in your mind, researches different eras and places and, above all, holds onto the joy of creating, you’re in luck. Read on for our much-anticipated Kristin Hannah interview.

On the novel-writing process

Hello Kristin! How do you know when you’re ready to move on from research and planning and start writing the first draft?

It’s always a tricky proposition, moving from research to writing. Mostly because research is a comforting, comfortable space for me. It’s like being a student again; I gather information, collect facts and stories. I’m doing what I love most: reading.

I love following historical rabbit holes and taking left turns and finding tidbits of gold that I never imagined. As I do this, the story – or, at least, a story – begins to take shape. I take copious notes and research as long and as deeply as I can, given the time constraints that come with being a commercial writer.

These are the months when I let theme become my guide. I ask myself why I have chosen this time period, this setting, and I let the research deep into my subconscious, and I begin to shape it into a story.

When I have written a lengthy synopsis that has a very clear beginning, middle, and ending, then I know it’s time to take the plunge and get out my yellow notebook and write the first sentence.

That’s an exciting moment. What’s your favourite stage in the writing process?

This is easy for me. I love editing, and I don’t mean line editing and polishing prose and trying to be a better writer. I mean hack-and-burn-this-isn't-working-try-something-else kind of editing.

During this part of the process – and I never fail to come to this moment in a book, a moment where I realise (or am told) that a fundamental piece of my vision for the story is either flawed or not good enough – I roll up my sleeves and reimagine the story altogether. I change characters and backstories and plot points, anything that might be wrong.

For example, in my novel The Great Alone, the first drafts of the novel were set in the modern day, with an unreliable male narrator in Alaska, who was trying to uncover the truth about a decades-old crime involving a girl he once loved. In the final draft, the novel was about a young girl coming of age in a dangerous family in Alaska in the 1970s. The thing that stayed the same: the setting and the girl, Leni. It was always a novel about the beauty and danger in Alaska and a look at the kind of people who choose to live there.

Is the process of writing sequels different for you?

Honestly, I have only written one sequel. Fly Away was a follow-up to Firefly Lane, and although I had long imagined it, I didn’t really love the process of writing about characters I already knew.

I have a sequel to The Four Winds kind of banging around in my head, but I don’t know when I’ll take the plunge, if ever...

You write such vivid protagonists. How do you get to know your characters?

Creating characters is a beautiful, messy, chaotic, magical process for me.

As I said in speaking about my process, when I finish my research and begin a novel, I have a very firm grasp of who I think my main characters are and what I expect their story to be, but we know what they say about best-laid plans. Mine, at least, often go askew.

So, the character I begin to create is not necessarily anywhere close to the character I actually create. It’s a process of evolution, really. Writing and re-writing scenes, unearthing the backstory needed to keep a character on track and in trouble and searching for something.

The most important component of creating characters, for me, is dialogue. I learn who my characters are by what they have to say, and what they think and believe to be true, about the choices that make sense to them.

There’s an old adage about getting one’s character up a tree and forcing them higher and higher, which is just a way of explaining that increased conflict heightens tension and reveals character.

Do you think there’s a unifying theme or question throughout your writing?

There are themes and questions that I return to again and again. It’s my version of therapy, I believe. It’s obvious from my body of work that I am interested in women's lives and history, and the power of the relationships between women.

Why do you think you enjoy writing about the past?

In my career, I began writing historical fiction – love stories, mostly – and then I moved on to novels about modern women, stories that looked at women’s inner lives, our struggles and our triumphs.

In the past decade, I have focused primarily on lost women’s history. I am fascinated – and irritated – by the amount of women’s history that has been lost or marginalised. I want to find these stories and breathe life into them and celebrate the enduring durability of women and our ability to survive and even thrive in the darkest of times.

I love focusing particularly on how motherhood and sisterhood and friendship give us strength in the times that test us most profoundly.

Which era has been your favourite to write about?

I do not have a favourite era. I absolutely adore whatever time and place I’m writing about, and then I let that one go and move on to something else.

That’s one of the things I love most about writing: the constant change. I can go from dark, majestic Alaska, to wartorn France, to the Dust Bowl in America and each day I discover something new that surprises and astounds me.

How do you research different historical eras?

Reading everything I can find on a given topic/era/situation, and then interviewing – or reading first-hand accounts of – the people who lived during my time period.

You really need all the generalised research to understand the complexities of an era – the social and political landscape – but it is from memoirs and interviews that a world really comes alive for me.

Also, travel. It’s not crucial to travel to one’s setting, but it is helpful. And fun!

You gave up your work as a lawyer to focus on writing. How did you decide it was time to become a full-time novelist?

The universe answered for me. I was a young lawyer, pregnant for the first time, and I had a difficult pregnancy, which required me to remain bedridden for five months. It was a time when there was no internet and very little on television, and so there wasn’t much to do.

I thought – since I loved reading – that I would try my hand at a novel. Silly me, I thought it would be easy. By the time I figured out exactly how difficult it was, I was hooked. Obsessed, really. I love writing. Even when it’s going badly, I love the process.

So, I gave myself six years to get published (by my son’s first-grade year), and I sold my first novel when he was about three. I’ve never looked back and never stopped writing.

Were you involved in the adaptation process for Firefly Lane and The Nightingale? What does it feel like to see your work on screen?

I wasn’t much involved with Firefly Lane, but I’m looking forward to December 2 and seeing season two.

I was more creatively involved with the script for The Nightingale, and I have to say they ultimately came up with a stunningly beautiful script for the story. I can’t wait for people to see it someday. 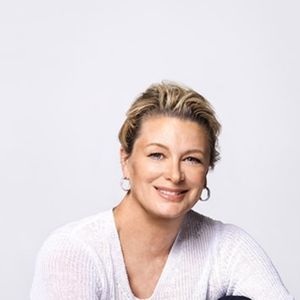 Kristin Hannah is the New York Times bestselling author of mega-hits like The Four Winds, The Winter Garden, Firefly Lane and The Nightingale – the latter having been voted a best book of the year by Amazon, Buzzfeed, iTunes, Library Journal, Paste, The Wall Street Journal and The Week. It also won the coveted Goodreads and People’s Choice Awards.