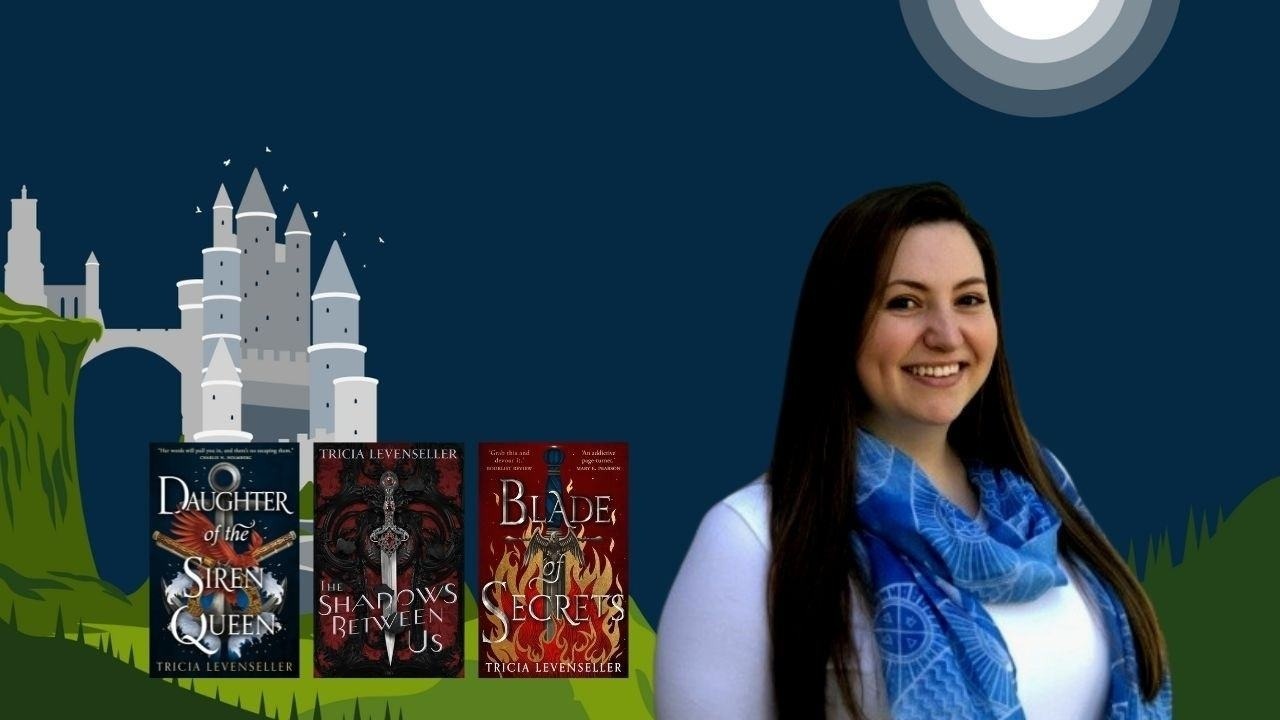 If you’re looking for fantasy writing tips, you’d be hard-pressed to find a better source than Tricia Levenseller, the bestselling author of six YA fantasy books including The Shadows Between Us and the Daughter of the Pirate King duology. Her latest novel is Blade of Secrets.

Here, she shares her eight top tips for fantasy writing, to help beginners get started on their epic saga, or seasoned writers sharpen up their speculative fiction. You’ll be building a unique and engrossing fantasy world in no time! 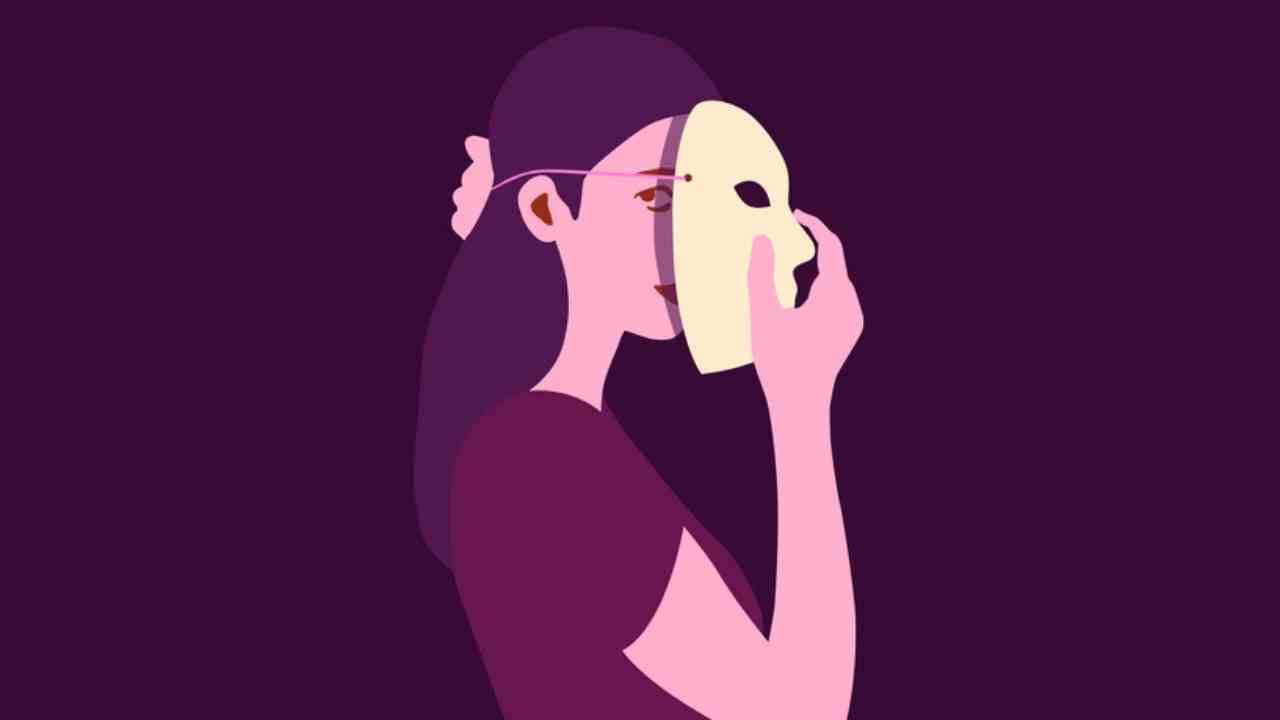 I didn’t start by writing fantasy 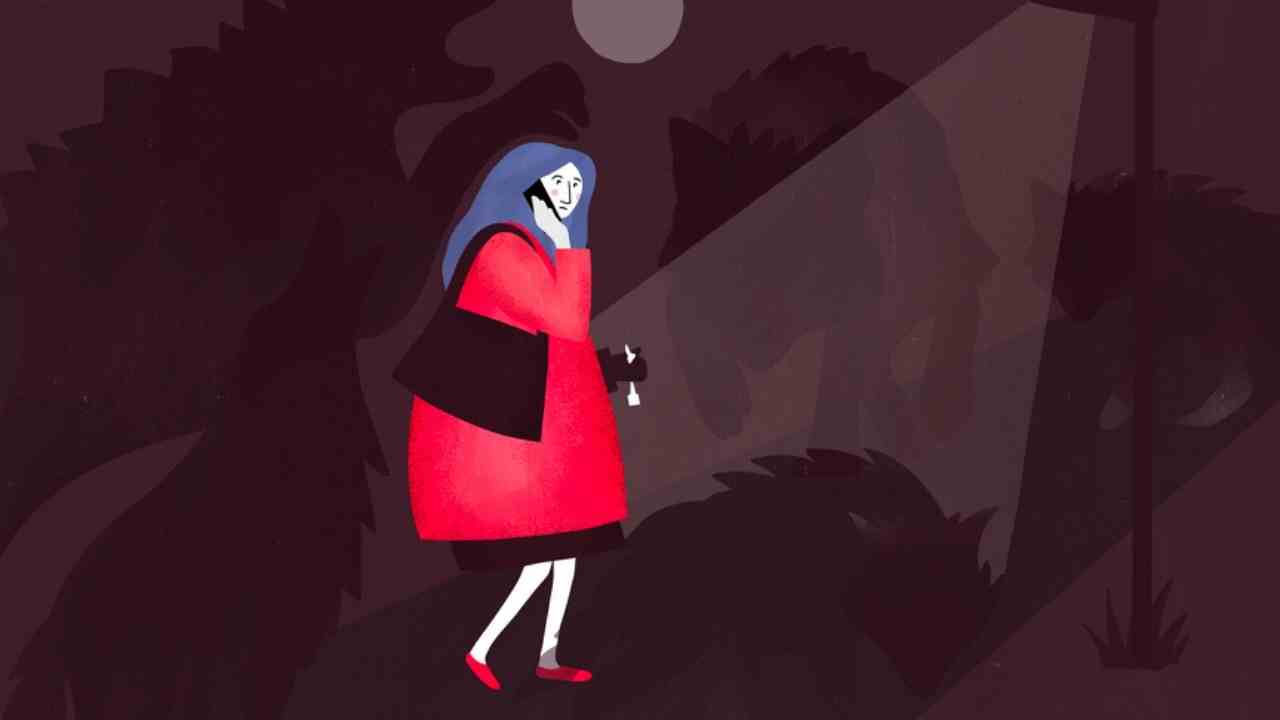 When I decided to try writing a book for the first time, I’d been given this horrible piece of advice: write what you know. If we all followed this advice, there could be no fantasy novels. None of us have ever experienced the wild fantasy worlds that our imaginations conjure up, or met the weird and wonderful fantasy characters that populate them.

But at the time, I was just seventeen years old. I didn’t know what I was doing, only that I had a love of books and reading. For a school project, I decided to try my hand at writing the beginning of a novel. So, like the beginner I was, I followed the advice I was given.

Being a girl in high school, my book was, naturally, about a girl in high school. That’s what I knew. It was a contemporary romance, because even in my early attempts at writing, I couldn’t figure out how to write a book without romance. It had no plot. It had no driving force. It was just me rambling about this girl and all the things she hated about school.

When I decided to try writing a book for the first time, I’d been given this horrible piece of advice: write what you know. If we all followed this advice, there could be no fantasy novels.

To give seventeen-year-old Tricia some credit, she managed to write 40,000 words on that project, which is impressive given the fact that the novel lacked said plot – and without a plot, any meaningful character development is hard to come by.

That first attempt at a novel also featured a lengthy prologue that had no relevance to the story whatsoever, and a rather unfortunate meet-cute in a public bathroom. Thank goodness, it will never see the light of day.

Because I petered out. The story became uninteresting to me after a while, so I stopped. I got another idea for a different contemporary romance and started that one. This time, I only made it about 15,000 words before I became bored with it.

I had to make space for writing

Then I went to college. Life got really hard, and I put my full focus into my schooling. When I went to visit home for the summer, Mom and I made a deal: she wouldn’t make me get a summer job if I finished a book. I was suffering from some pretty serious anxiety at the time, so I jumped at the opportunity.

And I tried something new. I gave myself permission to write what I didn’t know: I decided to try my hand at writing fantasy fiction.

I crafted an urban fantasy story about a girl who discovers she’s the only female of her half-demon, half-human race. On top of that, she’s a monster slayer with special abilities. I realised fantasy characters could be wickedly fun to write, and revelled in the infinite possibilities of character development.

That’s when I discovered my true calling: fantasy and action/adventure. Because I finished that book in five months, edited it for four months, queried it for three days, waited on an agent to read it for two weeks, and then boom: nineteen-year-old Tricia had an agent for her urban fantasy novel titled The Curse of Beauty.

Setbacks can be blessings when writing fantasy 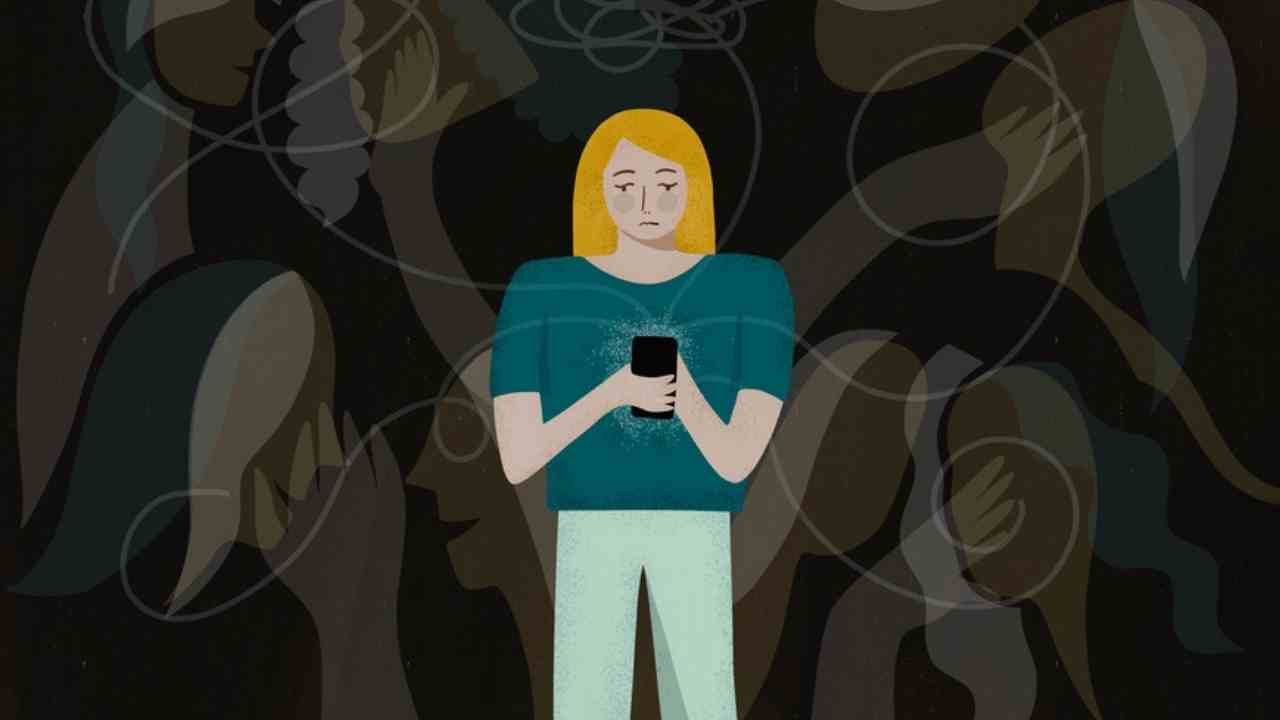 But life never turns out the way we expect.

I had an agent who was subpar, at best, in his enthusiasm in finding a publisher for my fantasy novel. A year went by; nobody wanted it.

I wrote a second book, a high fantasy, where I discovered that I much prefer writing in a fantasy world rather than the real, modern world, which was an important realisation. I’m so glad that first book never sold because I would be stuck as a writer of urban fantasy novels (publishers like to brand you early and keep you in your lane).

Alas, book two also never sold. Book three was flat-out rejected by my agent. It never went out to publishers, which turned out to be a good thing in its own way, because then I started book four.

I decided to forget worrying about what my agent would like or what I thought publishers wanted – something first time fantasy writers might struggle with, but which I heartily recommend.

I allowed myself to write something just for me. I would let myself dive deep into the fantasy stories, mythical creatures and magical elements that I found so fascinating.

My best fantasy writing tip: write the story that really calls you

What I wanted to write was a pirate book. Specifically, a pirate book with fantasy elements and romance and action/adventure and humour – all the things I love most in stories.

So I began to plot.

At first, I struggled to think of how I could put the two concepts together. How could my main character – a capable pirate – also get kidnapped?

Then I decided that this pirate girl wanted to get kidnapped. In fact, she orchestrates the whole thing because there’s a treasure map on an enemy pirate’s ship that she needs to get her hands on.

I like princess stories, so I thought What the heck? Why not make her a princess, too? Then I had to figure out the logistics of a pirate monarchy. How that would work, what it would look like, how it was even feasible. I started writing, and loved this world building stage of creating a fantasy novel.

In order to have a pirate king, I needed to create a world with a lot of water. That’s how the Seventeen Isles were born. I needed to craft a kingdom that depended on sea travel for trade, travel, and basically everything else. The pirate king has a monopoly on the sea. Anyone who wants to sail on his ocean has to pay a toll or suffer the consequences.

Sometimes fantasy is the final ingredient

So I had a magical world, a plot and the main character – what I still had left to figure out was the supernatural elements that would bring it all into the fantasy genre.

I thought about the most common magical creatures I see in sea stories: mermaids, the kraken, selkies, etc. What I hadn’t seen a lot of were sirens. When I decided I would use them, I had to figure out how to work them into my existing world and plot.

So I had a magical world, a plot and the main character – what I still had left to figure out was the supernatural elements that would bring it all into the fantasy genre.

The thing I like most about sirens is the fact that they lure men into the water with the power of their singing. They have their way with them and then drown them, which is both horrifying and awesome. I was desperate to include them in my fantasy novel.

But how did this fit with a pirate girl looking to find a treasure map?

And then it came to me. What if sirens also stole anything shiny off a sailor’s body after drowning him? What if sirens were like dragons in the sense that they hoarded treasure? What if that treasure map that my pirate girl is looking for leads to the siren treasure?

Turning a fantasy story into a series 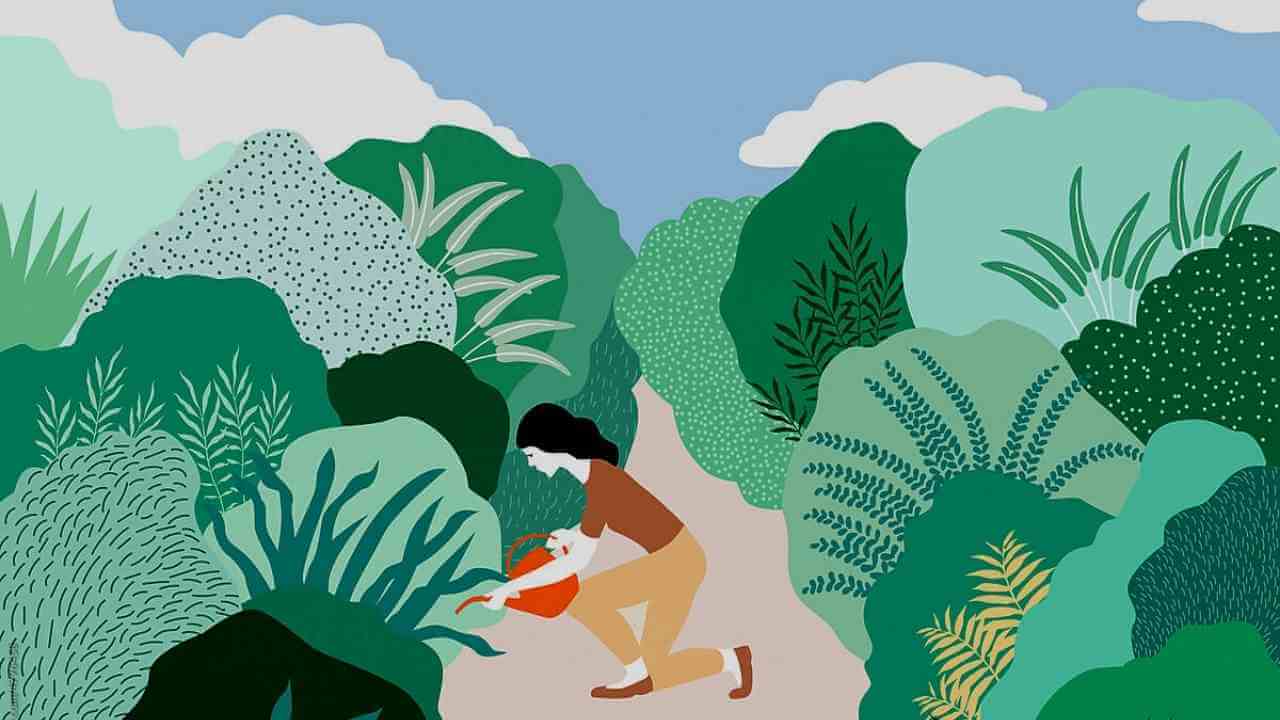 Then I took it even further because I knew I wanted this fantasy story to go beyond one book: I wanted to write a fantasy series. I knew there was more plot progression to be had, and that my main characters had plenty of adventure left in them. But I needed to flesh out new plots in a way that makes sense given the events of the first fantasy novel.

So I got to thinking: what if this treasure map was split into three parts? What if three different pirate lords were each in possession of a piece of the map? Book one would cover acquiring the first piece.

Everything fell into place so perfectly, and it was clear how this could span a three-book fantasy series.

I wrote my first published novel, Daughter of the Pirate King in four months. Edited it for two months. Got a new agent in another four months. Went on submission for eight months before a publisher wanted to buy it.

I had initially pitched the idea as a trilogy, but my publisher would only buy two books, so I condensed books two and three into one book, which became the sequel, Daughter of the Siren Queen.

I’m writing what I love, and I couldn’t be happier. It’s so much more entertaining than writing what I know, because books are my escape. It is my greatest hope that my readers enjoy escaping into my worlds, too.

So while every writer makes their own rules – both in terms of their writing process and the magic systems they create – there you have one fantasy author’s approach. Don’t write what you know, write what you love. Whether it starts out as a short story, or you have a full fantasy series mapped out from the word go, the key to a good fantasy is to take what’s magical from your favorite fantasy books and combine all those ideas in a way that’s unique to you.

Have fun designing characters, play with a vast array of creatures from dragons to goblins, try drawing from different cultures and real life characters, try epic fantasy, ubran fantasy or whatever sub-genre catches your interest. Learn by example, delving into Tolkien’s middle earth or the intricate world J.K. Rowling created, taking note of the most important element to you.

Above all, start writing. Through your first draft, you’ll get a better sense of your characters, your story and the kind of fantasy book you really want to write.

Members of The Novelry can enjoy a recorded session with advice from Tricia in the Catch Up TV Membership area.