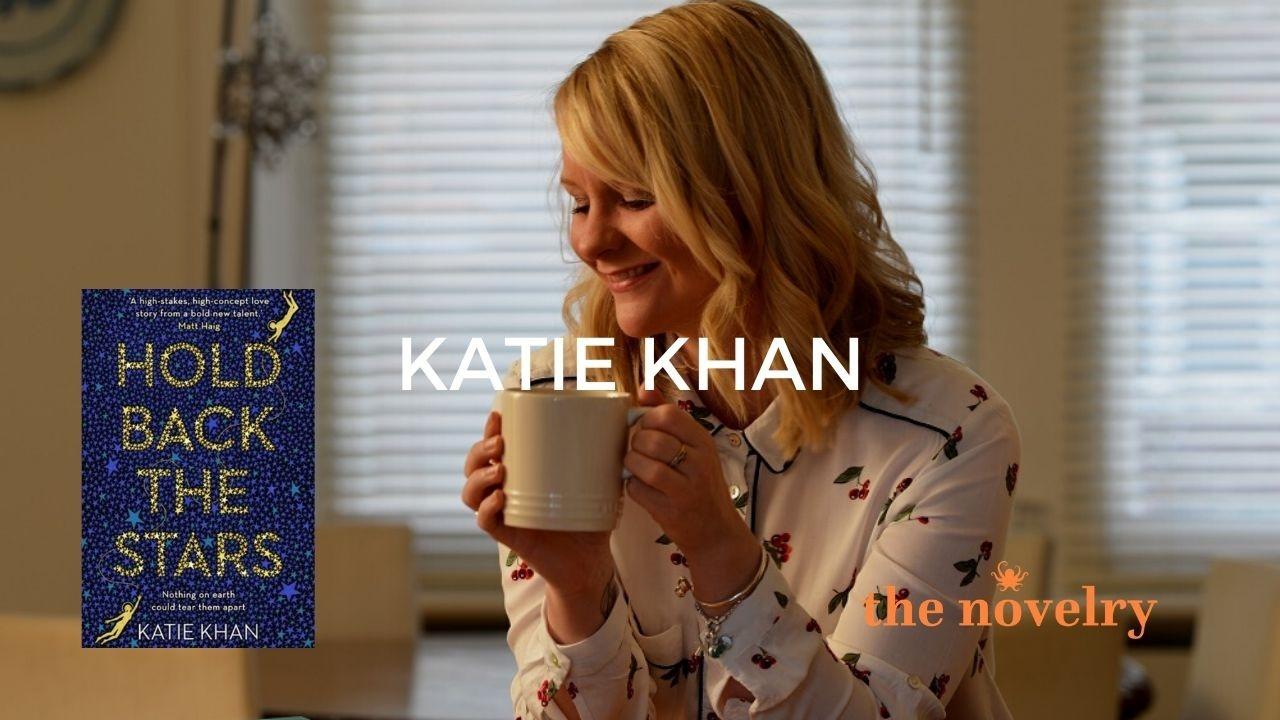 I’ve been a reader longer than a writer, and I think that’s true for most people who pick up a pen to write a story. More and more I’ve been thinking about my Year 5 teacher, Mrs Murphy, who read to us each day at 3pm on the carpet in the corner of our classroom, a veritable cavalcade of fantasy fiction: Alan Garner. Redwall. The Dark is Rising sequence. I can likely trace my love of other worlds back to sitting cross-legged on an itchy carpet in north London, where the end-of-day bell would ring and thirty children would groan in disappointment. ‘But what happens next?’ It’s the question that’s come to haunt my adult life.

I’ve published two novels with Penguin Random House. My first, Hold Back the Stars, is about a couple falling in space with only 90 minutes of air remaining, intercut with their love story on a utopian Earth. I learnt by doing with this novel – particularly when it comes to the publishing industry. I saw how that particular one-line pitch fired up literary agents. How a neat comparison – ‘ it’s Gravity meets One Day ’ – got the novel into acquisitions meetings and then auctions at publishing houses. How the scouts and foreign co-agents took the book out internationally before the Frankfurt Book Fair, where it sold in twenty-two countries and ignited production companies, so that a film adaptation is in the works at Lionsgate from the producers of Stranger Things and Arrival.

When I wrote Hold Back the Stars, space wasn’t popular. It hadn’t been for some time; NASA hadn’t joined social media, then. Chris Hadfield hadn’t sung Space Oddity on the ISS, the film Gravity hadn’t come out. (It was released while I was editing – and caused me a mini heart attack!) But I had a strange and quirky idea for a story, one which wouldn’t leave me alone, and when it collided with a separate, radically different idea – Europe has become a utopia – I put the two together and wrote the novel. Write what you love. Write what you want to read.

Signing with my dream agent was a big moment for me. I met with six agents who each had a different take on what I’d written, but when I sat down with Juliet Mushens it was a no-brainer. She gave me astute notes to improve the story – and she’d cried when she read the ending. That was the type of advocate I wanted: heart and smarts! Throughout the publishing process she has held my hand, demystified publishing terminology and provided context and opinion. (And sold my novel around the globe.) We talk frankly about my career, what I want to write, what I wish to achieve. Your agent works for you, so find yourself a champion who works with you in a style you like. (Especially if you often ask, ‘But what happens next?’)

Being published has been eye-opening to me, both about the way books are brought into the world but also generally about human nature. Because what tends to happen when we get everything we desire? The heart asks for more. You think it will be enough to see your book on shelves, to hold the hardback in your hands. But then you do those things and realise, oh no, you wanted to be a bestseller. You wanted to be J.K. Rowling. You will always move the goalposts on your ambitions, so you have to celebrate every milestone before it passes. Celebrate the first draft. The second draft. Agent interest. And – crossed fingers – a publisher coming on board. Every stage can be fulfilling if you acknowledge the work you’ve put in to reach it.

Besides being a tutor at The Novelry, I currently work in the film business for a major studio on a famous magical franchise. I’ve been in film and television for twelve years, and reading scripts from development through to the movie being released in cinemas has taught me a lot about the amount of work and elbow grease we have to put in as writers to edit our work. Writing is re-writing. It’s made me surgical about story.

So, writers of The Novelry - bring me your plot problems! Let’s have a cup of tea and a video chat and roll up our sleeves on the elements giving you jip, whether that’s the plot or characters, world-building or the hook. I love finding a solution, and I’ll happily suggest a fix – which it’s up to you to try out or discard. As Stephen King says (though I’m likely paraphrasing) when somebody tells you something in your writing isn’t working, they’re usually right. But when they suggest precisely how to fix it, they’re often wrong. It’s your story. But most writers throughout history have written alongside other writers. Tolkien and C.S. Lewis. James Baldwin and Toni Morrison. The Novelry offers both mentors and peers – it’s been my saviour for the three years I’ve been a member.

Becoming a tutor at The Novelry has proved delightful. Watching a writer with low confidence bloom as we figure out something key together about their story; giving feedback on a writer’s three chapters with a voice that’s knocked my socks off or the early, first call with a writer about a burgeoning idea they’re just beginning to develop… there’s nothing like it. I leave our sessions with an endorphin rush I carry into my own writing. Every writer needs a buddy.

I love original fiction. If part of your thinking, worry or concern about your idea is ‘I don’t think I’ve seen this done before…’ then book a call with me. I read broadly, I’m familiar with the current state of fiction and entrenched in the publishing industry. I can help ground your original premise in reader appeal while letting your imagination fly.

I’m fond of unique executions of conventional genres. If you’re writing a romance, thriller, science fiction or fantasy novel, let’s work together to find a fresh new way to tell it.

My favourite books are a varied bunch. From epic love stories like The English Patient and Atonement through to the fantasy and speculative worlds in Philip Pullman’s His Dark Materials and Margaret Atwood’s The Handmaid’s Tale, I love a book that takes me away from reality for a while. That can be to another planet or a boarding school, an era in the past or an indistinct time in the future. Recently I’ve enjoyed N.K. Jemisin’s The Broken Earth trilogy, Sandra Newman’s The Heavens, and Beautiful Ruins by Jess Walter. I actively read diverse fiction, too, especially set in countries I may not be familiar with, or viewpoints different to mine. Tell me something about life I don’t already know. If I’m asking myself one key question, then I’ll keep reading, and keep falling in love. But what happens next?

Sign up for one-to-one coaching with Katie Khan on the Ninety Day Novel course here. Because when you're writing a novel, every day comes with the thrill of 'what happens next.'