Have you ever encountered a main character in a children’s book or YA fiction that sticks in the mind and refuses to budge long after you’ve closed the pages of the book? What about a character you encountered in your youth that you couldn’t wait to talk about with friends – a poster-worthy heartthrob or a disaster-waiting-to-happen so engrossing you can’t bring yourself to look away?

If you have children, there are probably a few characters they seem besotted by. It’s clear some main characters stay with young readers, and others don’t.

A genuinely fantastic main character can make a book. And we can all agree there’s something special about the ones that won’t let us go, even from children’s books we read long ago. They have some unique charm, energy or personality trait that sets them apart from secondary characters or characters that fade into the background.

In this article, our children’s fiction editor Krystle Appiah shares her advice for creating main characters in children’s literature. And if you’re writing adult characters, these tips apply just as much! 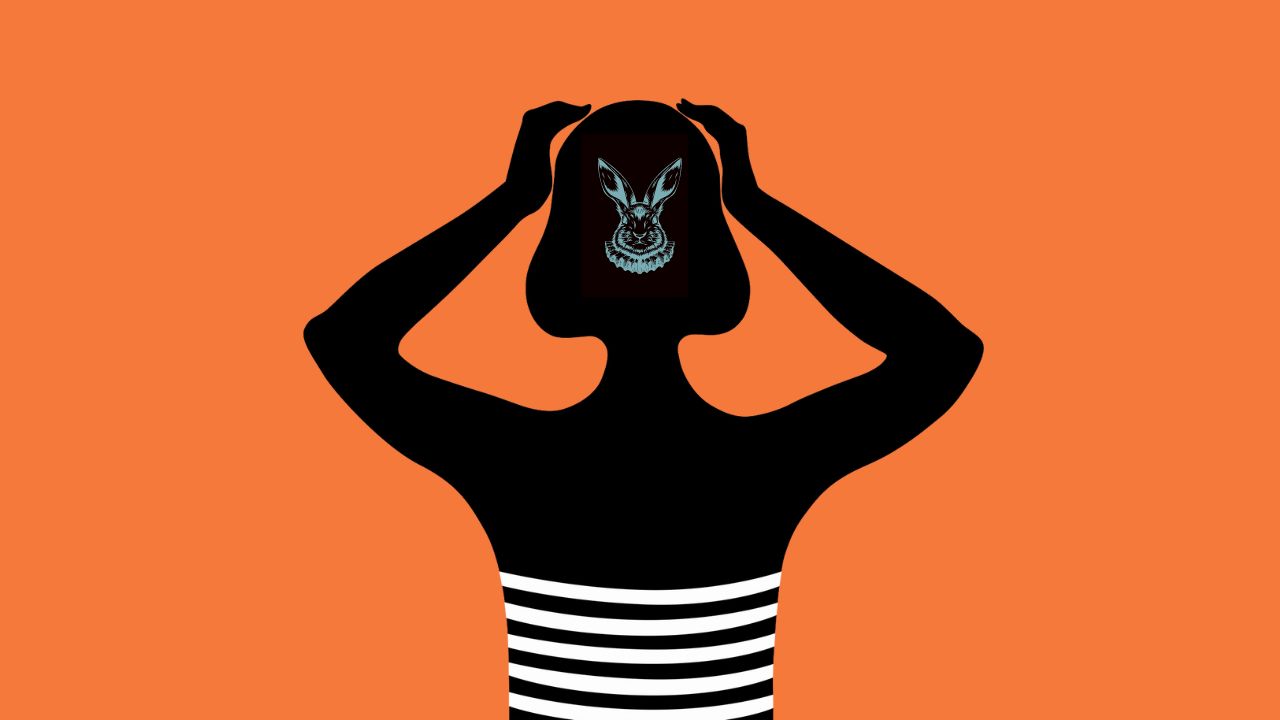 What makes a main character in a children’s book?

If you’ve spent a decent amount of time on social media in recent years, you’ve probably come across the term ‘main character energy’. Though it was first coined in 2006 by Nancy Meyers, the director of The Holiday, over the last couple of years, it’s been hugely popular, sweeping through social media like wildfire, often accompanied by memes or videos of teens or twenty- or thirty-somethings dancing in the rain while dramatic instrumental music plays; reciting heartfelt, emotionally fraught monologues; or generally acting like they’re the star of their very own book or film.

Yes, it’s satirical, but it does remind us as writers that great, memorable main characters usually have a few things in common.

It might be especially relevant for authors of children’s fiction – a reminder not to make adults too much of the focus of the story, or use adult characters to drive the story forward.

So what is it that makes a great main character? How do you strike the balance between these bewitching, larger-than-life traits and empathy-inducing humanity? What qualities do main characters have that separate them from the have-nots?

Buckle up. Here are five things that make a memorable main character for children’s books and YA fiction. 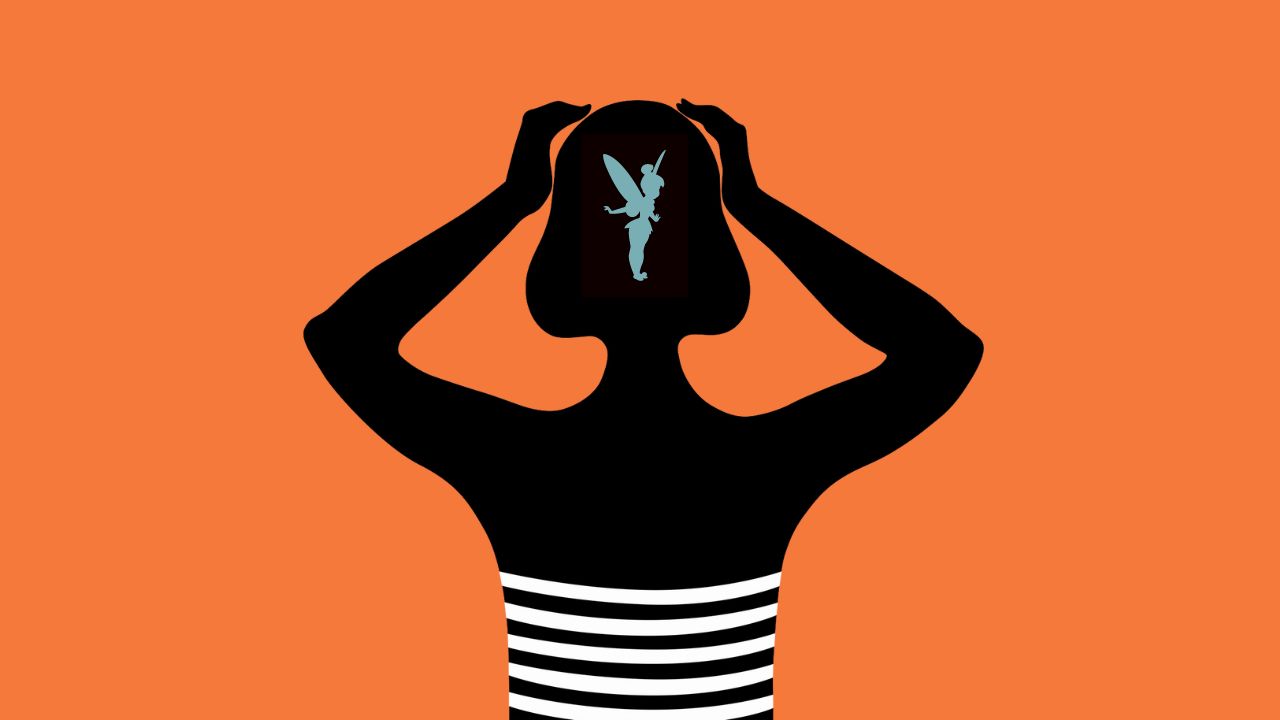 1) The world revolves around them

The main character of any children’s book is undoubtedly the star of the show.

Think about the characters you loved growing up: Winnie the Pooh, Matilda, Harry Potter, whom you might know from every Harry Potter book and blockbuster film release, not to mention the Fantastic Beasts spin-off movies, theme parks and other tourist attractions.

Often the main characters are such strong characters that the book is named after them. Just think of Peter Rabbit, Peter Pan, Paddington Bear, Alice in Wonderland, Charlie and the Chocolate Factory and so many other books by Roald Dahl. Why? Because it’s their world, and the rest of the cast just exists in it.

Can you imagine Hundred Acre Wood without our beloved Winnie the Pooh to bring all the other characters together? What about Matilda without our magic-wielding heroine playing tricks on unsuspecting bystanders and family members? And the Harry Potter series would most definitely fall apart without The Boy Who Lived.

Everything that happens in a novel, from its plot to its conflicts and subplots, is directly related to the main character. In the very best stories, the main character is so entangled in the events of a novel that the plot would fall to pieces without them, which leads us to point two… 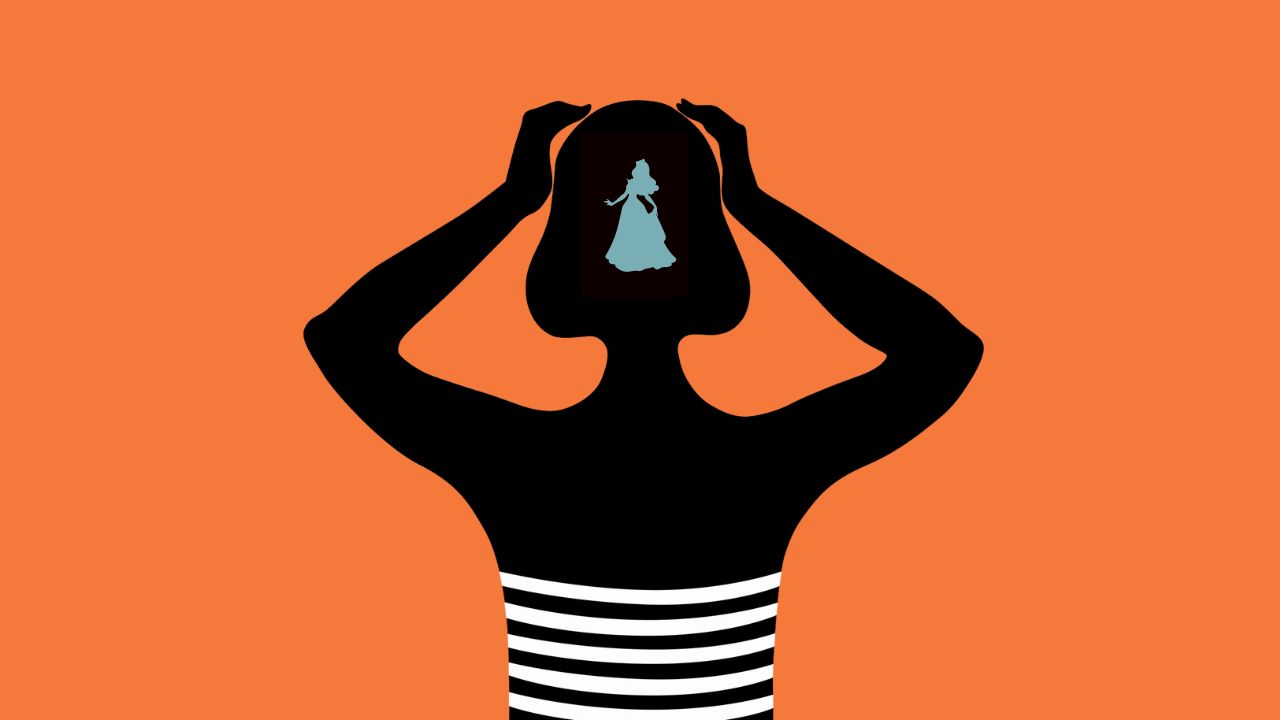 2) Main characters are perfectly positioned to be just that

But when deciding who will be your main character, the best friend who constantly pushes another character to pursue their goals but doesn’t actually want anything for themselves might not be the best place to start. A character that ups and moves to a new town halfway through the action might not be the strongest choice either.

A main character in children’s literature needs to be central to the action, influential to the plot and invested in the outcome. After all, the story needs to be all about them – and they need to act like it. Young girls can be strong female characters in children’s books.

Take Sophie in Katherine Rundell’s Rooftoppers as an example. After a shipwreck, one-year-old Sophie is found floating in a cello case. Because of her unconventional childhood, Sophie becomes a bold and curious free spirit who doesn’t shy away from a bit of melodrama.

Quite suddenly Sophie couldn’t bear it. She pelted up to her bedroom, tripping over the stairs. The tears in her eyes were making the world blur… She stamped her feet…
—Katherine Rundell, Rooftoppers

This definitely reads like main character energy to me.

Sophie is also taught to ‘never ignore a possible’, which leads her to believe that her mother survived the shipwreck and is alive somewhere, waiting for Sophie to track her down. It’s Sophie’s circumstance (surviving a shipwreck) combined with her character (a reckless and brave free spirit who believes in things others would assume is impossible) that makes her the perfect person to tell her story.

Plus, her mother is missing, and if she isn’t found, Sophie will be rehomed. That means Sophie has the most to gain or lose, so she naturally becomes the most invested character in the story.

In Hannah Gold’s The Last Bear, April’s dad is a scientist working on Bear Island (circumstance), and she’s a lonely and curious young girl (character) who sets about looking for a polar bear. But it’s even more than that. April’s dad is far too busy working, so she’s left to entertain herself, but as an animal-loving child and the only one on the island, she’s the only character who would possibly track down a polar bear (inevitability).

April might not have the chops to match Sophie’s dramatic streak, but both characters are in the perfect position to be the main character in their stories. 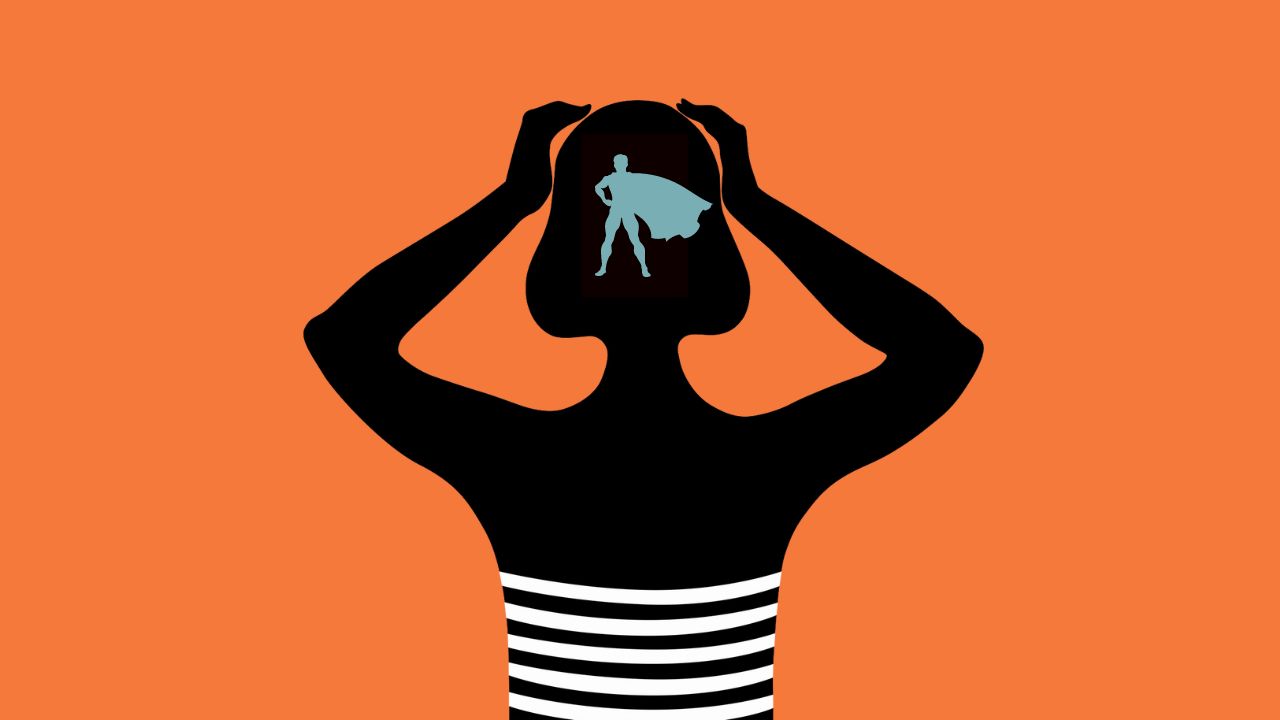 Ray Bradbury is attributed with saying:

Plot is no more than footprints left in the snow after your characters have run by on their way to incredible destinations.
—Ray Bradbury

And it’s true; main characters need to make decisions and act in ways that impact the events (plot) of a story.

Think about Lara Jean in Jenny Hann’s novel To All The Boys I’ve Loved Before. Lara Jean’s actions consistently drive the story forward . First of all, she writes adorable love letters to her crushes over the years.

When I write, I hold nothing back. I write like he’ll never read it. Because he never will. Every secret thought, every careful observation, everything I’ve saved up inside me, I put it all in the letter. When I’m done, I seal it, I address it, and then I put it in my teal hatbox.
—Jenny Han, To All the Boys I’ve Loved Before

Later, when those letters are accidentally sent to her crushes, Lara Jean could die from embarrassment, attempt to transfer to a new school or run away to another country (my preferred option of escaping public humiliation). But all of those choices would make a very short story indeed. Instead, she takes it in her stride and embarks on a fake relationship that continues to drive the plot forward.

Time and time again, we see main characters take control and keep the story moving. This is what character agency looks like in action. 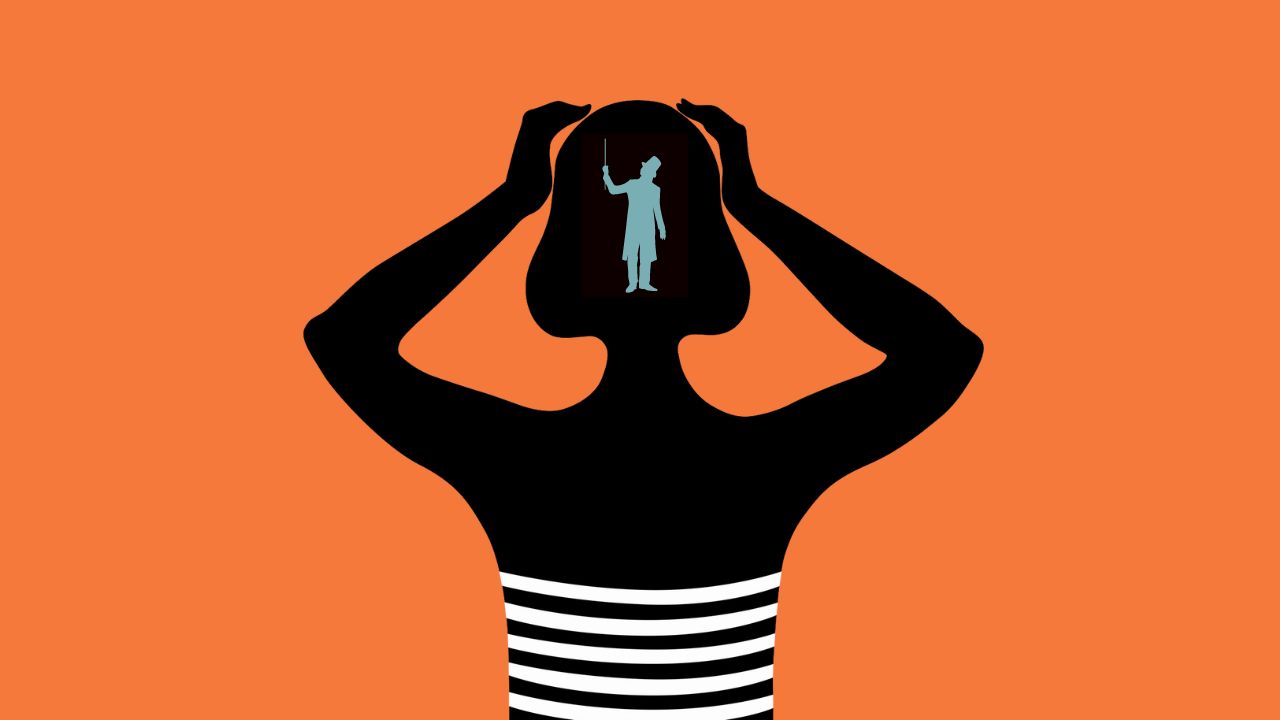 Over the course of a novel, main characters need to grow.

Sometimes main characters grow because they’re encountering bigger and more complicated obstacles or enemies that force them to be stronger, more fearless and overcome bigger threats.

Take Katniss Everdeen as an example. Throughout The Hunger Games series, Katniss goes from fighting for her life against tributes, to victors, before finally coming up against the Capitol and all it stands for. She’s resilient, loyal and brave throughout. Though she doesn’t change dramatically as a character, she does grow, and the obstacles she faces only serve to test and refine her character, each one taking her to higher heights until she eventually becomes a symbol of the revolution.

It isn’t enough, what I’ve done in the past, defying the Capitol in the Games, providing a rallying point. I must now become the actual leader, the face, the voice, the embodiment of the revolution.
—Suzanne Collins, Mockingjay

On the other hand, for some characters, growth means a complete 180-degree change. They could be the quiet, introverted character at the start of the novel that’s oozing confidence and performing on a stage in front of the whole school 300 pages later. Or they could be the cocky, arrogant student who falls from grace and learns to appreciate what they have.

Whichever way your main character grows over the course of a novel, one thing is for sure, readers are expecting something. There needs to be some sort of character arc. 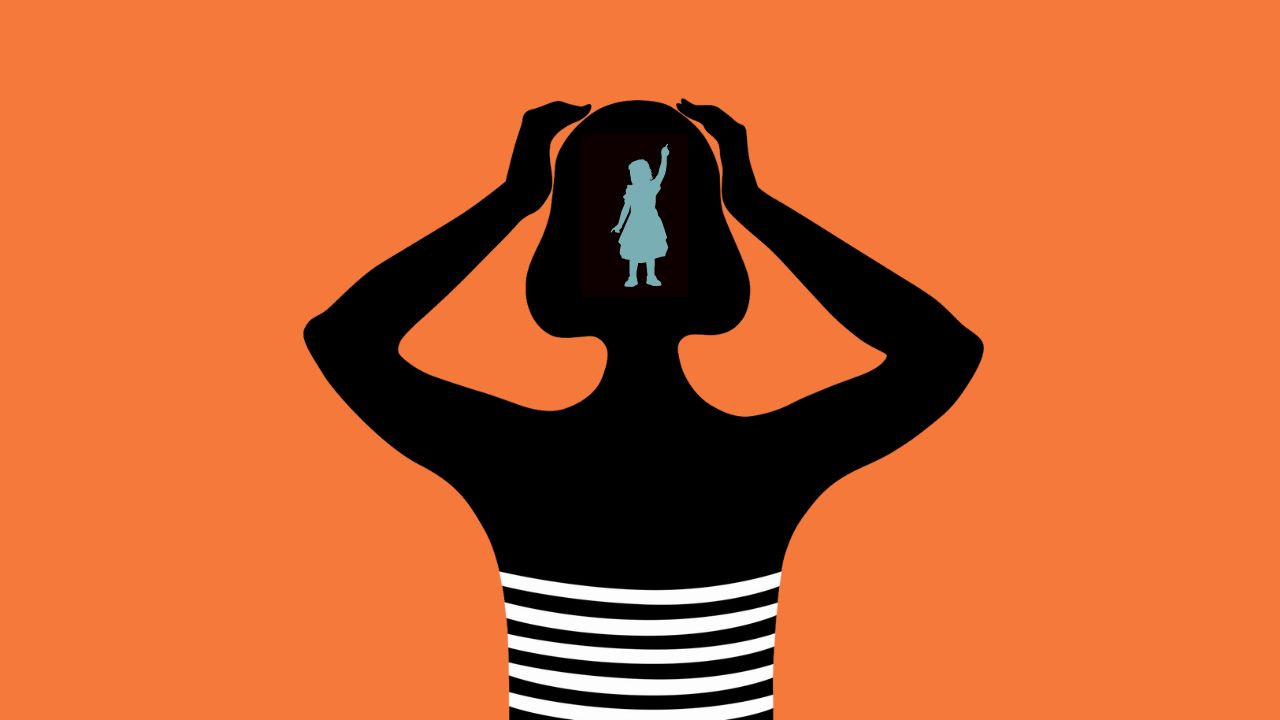 If you’ve ever taken the time to compare the traits of main characters in different books, you might notice the same personality traits crop up again and again.

Let’s add another trait to the list: flawed. No one likes a goody-two-shoes.

Perfect main characters are usually boring, but more importantly, they’re not realistic. Most often, the reason readers connect with main characters is because we can imagine ourselves in their shoes, making the same mistakes or facing the same villains.

Also, a vital part of the main character’s journey is them overcoming an inner flaw or inner conflict. In order to do that, they need to have one in the first place.

As story-lovers, we often forget that the characters we spend hours reading about and months or years writing about aren’t real. But the very best ones feel real.

It’s important to resist the urge to give the child characters too much of that melodramatic ‘main character energy’ and turn them into quasi-superheroes instead of children that young readers can relate to. The most-loved characters are human.

This is just as true for human characters as for inhuman characters. In Peter Brown’s novel The Wild Robot, Roz is stranded on an island surrounded by animals. She’s a robot, but she longs for connection, family and to find her place in her new society. Isn’t that an intrinsically human desire?

As the robot looked out at the island, it never even occurred to her that she might not belong there. As far as Roz knew, she was home.
—Peter Brown, The Wild Robot

The very best main characters aren’t ones we just connect with. They’re characters that tell us more of what it’s like to be human. They show us how to be accepting, bold and stand up for the people around us. And a main character who can do all of that sounds like a fantastic main character to me. 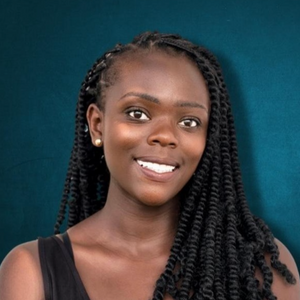 Before joining us, Krystle was an editor at Macmillan Children’s Books, a division of Pan Macmillan and home to authors including Marcus Rashford, Frank Cottrell-Boyce, Tomi Adeyemi and Julia Donaldson.