It's a Love Story 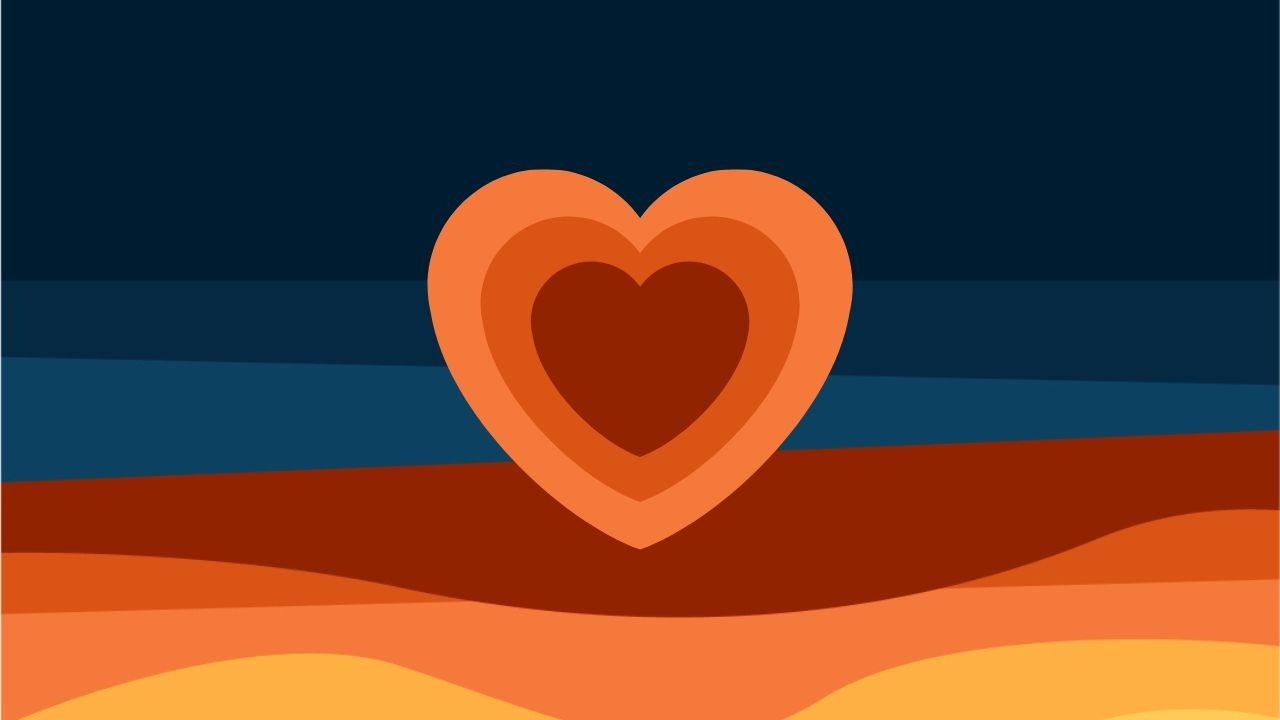 The end of solitude? Or a value choice? What's behind a love story? In a time in which we are all ragged, estranged, and feeling peculiarly close-to-the-edge sentimental, our blog this week explores a different kind of love story. One in which you can make peace with yourself. So if the events of the last year have left you in a bruised and battered relationship with yourself, a 'golem' as one writer recently described it, then here's hope.

Marry me, Juliet. You'll never have to be alone.

There’s a passage in the brilliant closing chapter of Jess Walter’s Beautiful Ruins which goes:

This is a love story, Michael Deane says. But, really, what isn’t? Doesn’t the detective love the mystery, or the chase, or the nosy female reporter, who is even now being held against her wishes at an empty warehouse on the waterfront? Surely the serial murderer loves his victims, and the spy loves his gadgets or his country or his exotic counterspy.’ And on it runs …. ‘… and the zombie ­– don’t even start with the zombie, sentimental fool; has anyone ever been more lovesick than a zombie, that pale, dull, metaphor for love, all animal craving and lurching, outstretched arms, his very existence a sonnet about how much he wants those brains?

By Jess Walter’s reckoning, all of my novels are love stories – and I’m on board with that. However, there are two that squarely occupy that space: A Heart Bent Out of Shape and The Sea Between Us. In both cases the story was informed by my relationship with the subject matter: simply, I had an abundance of feeling, and I wanted somewhere to put it.  My writing was driven by wish fulfillment, not so much for the trials and tribulations of my characters but for the worlds they moved in. And both stories started with place.

When I was a university student, I spent a year in Lausanne. I first fell in love with the place from a description in a guidebook – ‘the Swiss Riviera’ – and a picture of crystalline peaks and blue water and rising spires. I partly chose to study at York because of the connection between the two universities, and from the moment that I arrived on campus as a first year, I was fixed in my ambition to get away from the place and spend my second year in Switzerland. On the English Literature course there were only a handful of ‘study abroad’ places available, but by sheer persistence I managed to bypass the selection process; I think the Flaubert-obsessed scholar in charge of the programme just wanted to get on with his own writing instead of repeatedly answering his study door to me and my questions. The year in Switzerland turned out to be – perhaps un-novelistically – everything I’d dreamt of.

Lausanne was my first true taste of freedom; I had a shoe-box room with an exquisite view of lake and mountains, and a whole city at my feet. Writing this now, in lockdown, I feel almost breathless remembering the discovery and adventure and shimmer of it all. The cold concrete smell of the metro station, the superlative almond croissants bought from an outwardly-unpromising kiosk, the sophistication of the campus cafeteria where a chocolate was served alongside your coffee. Standing at the bus-stop with my snowboard, weekends spent falling down slopes with bluebird skies above and waking up the next day, every ache and pain a badge of honour. The lakeside at night, the lights of Evian twinkling on the other side. The grand old hotels where I used to go for coffee and read and eavesdrop. The clubs where we danced to French hip-hop, and Swiss boys shouldering in with their snowboard jackets and goggle marks, charming without even trying. I could go on and on, but I won’t – after all, hah, I had my novel for that. When my year was finally up, the date stamp in my residence permit unequivocal, I went to collect an essay from one of my tutors. She was a rather stern Swiss-German woman with a tightly-woven bun. I said how sorry I was to leave, and I must have gushed, because her whole face softened, and she asked me if I’d fallen in love. I replied, with all the earnestness of 20-year-old-me, that yes, I had indeed. I’d fallen in love with Lausanne.

A Heart Bent Out of Shape is my love letter to that year abroad. Yes, it has a boy meets girl storyline (actually, girl meets significantly older and undoubtedly problematic university lecturer) but, really, it’s all about finding your wings and tasting possibility. And the relationship that endures is with a place, not a person.

The Sea Between Us is perhaps a cleaner-cut romance, but one, again, born of my connection to place. It’s set in the wild and wind-blown reaches of Cornwall’s far west.

The idea for The Sea Between Us began with an image of two people: a girl and a boy sitting atop a granite rock, the Atlantic crashing and rolling before them; I knew it was their story that I wanted to tell. I’d described it to my agent as ‘Wuthering Heights meets One Day,’ wanting to blend an elemental landscape with a contemporary love story – but I didn’t exactly stick to that pitch. It ended up as a softer, sweeter tale, about the ebb and flow of relationships, motherhood, and creative discovery. While what happens between Robyn and Jago is the main route of the novel, the scenic diversions are what give it its flavour: the pull of the sea that Robyn feels when she moves to London and how she seeks to capture it on canvas, how the claustrophobia of early motherhood makes her long for salted air and the inside of a wave. I took all the things I love about Cornwall – the sea, the surf, the art – and I filled my novel with them. My writing desk was scattered with seashells, Kurt Jackson art books, and a block of coconut surf wax that I sniffed ritualistically. And I headed west whenever I could.

Partway through the first draft of The Sea Between Us I became pregnant, and it felt serendipitous that I could now write my experience into the book; even in the earliest jottings for the novel, Robyn was (spoiler!) always going to have a baby. I was meeting with my agent and editor in London, a week away from finishing the first draft, when my waters broke: I was four and a half weeks off my due date, and it happened on the train back to Bristol (a journey I mostly spent hiding in the toilet, talking through the door to a kindly train steward). My son was born the next morning and I remember being in the middle of labour and thinking, ‘yeah, I’m going to have to rewrite that birth scene – it doesn’t touch the sides.’ During interminable night-feeds, I’d transport myself to the cove I’d created, a place Robyn calls Rockabilly. I’d close my eyes, against the ache of mastitis, my son’s uncertain latch, and hear lapping waves and feel comforted. Writing has always been a secret garden for me, but as a new mother I cherished it more than ever: it was freedom and control, escapism and discovery. Every day I took my babe out in the buggy for long looping walks across the city, seeking out water, down to the harbourside and through the boatyards, along the river path beneath the suspension bridge and out to where the city gives way to fields and forest; all the time I was writing in my head, inhabiting my characters, stopping to tap notes into my phone or scribble in a notebook. I felt elevated, when I might have been dragged down. And that sense of being rooted and empowered through a creative pursuit is the most important love story in The Sea Between Us; I took how I felt about writing and made it into painting for Robyn.

I’ve never thought about it this way before, but my love stories are really about women becoming truer, more fully realised versions of themselves.

Yes, they meet men that beguile them; there’s the push and pull of all romance novels, the misunderstandings and the words not spoken. But my heroines’ most potent desires are for a different kind of life – a more sparkling, adventurous life, a more creative and authentic life – and in the end that life is one they find for themselves. Albeit with a kiss or two along the way.

If you're a romance writing, or someone writing a story with a big heart, sign up for the coaching, classes and community with an online creative writing course at The Novelry. 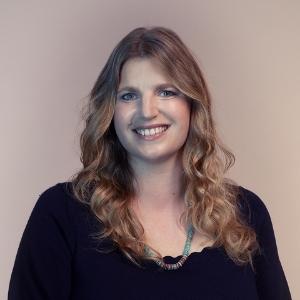 Emylia Hall is the author of four novels. The Book of Summers, a coming-of-age story inspired by childhood holidays, was published by Headline in 2012 and was one of the bestselling debuts of the year. It was a Richard and Judy Book Club pick, and went on to be voted the favourite read of the summer by readers. The first in her new Cornish coast set crime series, The Shell House Detectives, will be published in 2023. Finish your novel with writer coaching from Emylia.