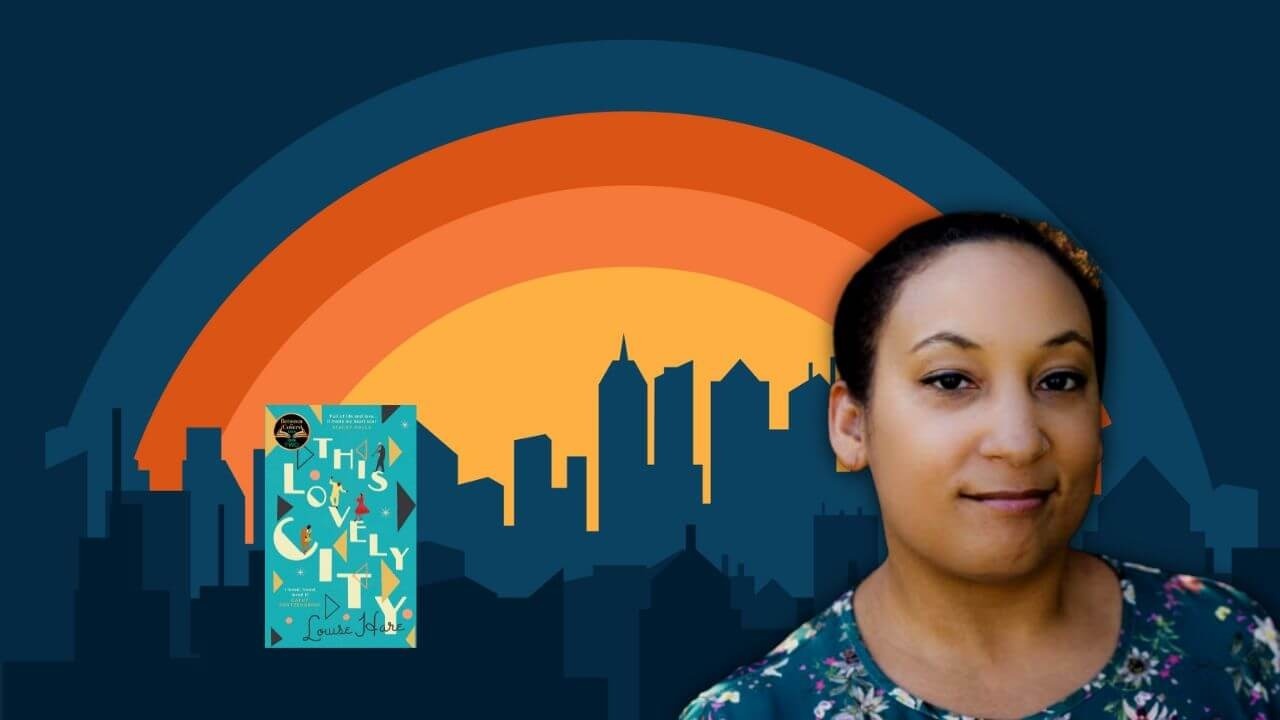 Last week I did my first in-person event of the year. It was a low-key affair, part of the brilliant Essex Book Festival, held at Grays Library. As is usual, towards the end of the event there were audience questions. There was one that resonated with me more than any other. A question that I’ve been asked before, and that I think is an interesting one to answer:

Will you always want to write Black characters?

The simple answer is yes. Why wouldn’t I? After all, would a white writer ever be asked why they always wrote white characters? Unlikely. The reason for that is we are conditioned to expect white characters as default. If you pick up a book and begin to read about a middle-class woman, married with two children, working as a solicitor, how do you first picture her before you’ve been given any details about what she looks like? When I’ve been along to book clubs this year it’s often come up: I wasn’t sure at first which of your characters were Black and which were white. Other Black authors I’ve spoken to have experienced the same. We’re not used to reading about Black characters outside of stereotypical scenarios.

Five or six years ago I came back to writing for the first time since I left school. After stewing in research for the better part of a year (a rookie error in writing historical fiction) I decided that a writing course would give me the discipline to get my first draft done. Another Black writer in the group expressed admiration for my bravery in writing a Black middle-class family in Victorian London. She had decided to make her protagonist a white woman. Do books with Black main characters get published? A genuine concern at the time, one I also shared. So why did I feel so strongly that I wanted to persevere, even as my fellow students were sharing their doubts that a family like the one in my novel could have existed in nineteenth-century England, despite the fact that I had based them on a real family?

I finished writing that novel but it still sits in a drawer somewhere. I could never get the plot quite right, though I fell in love with the cast of characters. A couple of years later, I enrolled on a Creative Writing Masters at Birkbeck, University of London. In the first term, my diverse classmates read my short story about a young Jamaican man fresh off the Empire Windrush and already having second thoughts about leaving home and urged me to continue Lawrie’s story. They wanted to know what happened next and, crucially, so did I.

This Lovely City has a wide cast of characters, both Black and white, but its heart is the love story between Lawrie and Evie, both Black. In Lawrie I wanted to explore how it was to arrive in London and suddenly feel out of place, not just because he’s never been in such a big city before, but because he sticks out for the first time in his life. In Evie I was able to share my own experiences of having been a minority since birth. At times the writing felt cathartic, though some scenes were difficult, particularly those featuring DS Rathbone, the policeman who plagues both Lawrie and Evie throughout the book. I felt a connection to my characters that I don’t think I would have had if I hadn’t shared a lot of their experiences. I don’t think that a white author would have been able to write This Lovely City. Which isn’t to say that I am against writers exploring outside of what they know, I just ask that they do so with care and attention, avoiding stereotypes.

When This Lovely City was published last year I wrote an article for i, specifically focused on why we should celebrate Black British writing more. The UK publishing industry is risk-averse. Understandable, to an extent. Publishing is a business like any other, we just kid ourselves that because we hold literature in such high regard that it is less prone to the pitfalls of other creative industries. But just the film industry turns to safe content such as sequels, book adaptations and superheroes, preferring to push money into known quantities, there has long been held the mistaken notion that books with Black protagonists don’t sell.

As a British author, when your manuscript lands in an editor’s email inbox they have to calculate how many copies of your book might be sold. As a debut author with no track record, with a book written from a perspective that is very likely different to that editor (remembering how few people of colour work in publishing), how much of a risk are they willing to take? On the other hand, a US-based author of colour, riding high in the NYT Bestseller lists is far more attractive.

Things are changing in the industry. Two new imprints have come along to shake things up: Dialogue Books (Hachette) in 2017 and #Merky Books (PRH), a collaboration with Stormzy, in 2019, both aiming to offer homes to voices and stories that are currently underrepresented in literature.

In 2020 Candice Carty-Williams (book of the year) and Bernardine Evaristo (author of the year) became the first Black authors to win the top awards at the British Book awards. Queenie has been a huge bestseller selling over 150,000 copies as well as being critically acclaimed. Girl, Woman, Other became a hit after jointly winning the 2019 Booker Prize. Evaristo is now a global literary star, a mere twenty-five years after her debut novel was published. And yet even Girl, Woman, Other was largely ignored, stocked in minimal numbers in bookshops until it won the Booker.

So far this year we’ve seen high profile publications for Caleb Azumah Nelson’s Open Water and Natasha Brown’s Assembly. As a huge fan of crime fiction, I’m glad to see that genre opening up more to Black writers. Nadine Matheson’s The Jigsaw Man is the first in a new series set in Deptford, southeast London, featuring Inspector Anjelica Henley. It’s a pleasant novelty to sit down with a book and spend some quality time with characters who look like me, go through similar trials and tribulations, and then go out and solve murders!

There is a wave of change within the industry currently that I have been lucky to catch hold of. My debut was pre-empted after being on submission for less than a week. The dream scenario in other words. Would that have happened if not for the Windrush scandal raising awareness of the racism that still exists in UK society? Would editors have been clamouring to publish Lawrie’s story if they hadn’t been reading about men and women who were descended from people just like him and Evie? Probably not. Just as Lawrie is in the wrong place at the wrong time, I was in the right place with the right book at the right time. You can only write the book that you want to write (trust me, I’ve tried to write cynically and for market, and it just doesn’t work out) and I’m grateful that people want to read my work.

My new challenge is to find success with my next book, Miss Aldridge Regrets, a more straightforward historical murder mystery set on-board the Queen Mary in 1936 as she sails towards New York.  It’s a different style of novel, a more traditional style crime story (I was aiming for Agatha Christie meets Patricia Highsmith), though I again have a woman of colour as my protagonist. Lena Aldridge is a mixed-race woman who sometimes passes as white. Her character is absolutely inspired by the racism aimed at Meghan Markle and its denial, the idea being that if she sort of looks white then how can it be racist. It was a topic that interested me at the time, and I wanted to explore it through fiction. I also found it incredibly fun to create some horrid characters and bide my time before killing them off!

I quote Toni Morrison often: If there is a book that you want to read, but it hasn’t been written yet, you must be the one to write it.

This is at the heart of why I write Black characters. Because for so long I struggled to find books with characters who looked like me. I love historical fiction but I don’t just want to read about Black servants, slaves and whores, standing on the sidelines as they suffer through terrible, dreary, often short lives at the expense of a white protagonist who gets to be the hero or the villain. I will always write about racism because it’s part of my daily life, but my characters will have friends and go to parties and have fun and fall in love, the same as anyone else. Just like the white protagonists I’ve been reading for forty years. I want to fill in the gap in the bookshelf that has been there for too long. There are so many stories that I want to read, that haven’t been written, that I’m going to be busy for quite a while!

Members of The Novelry can enjoy a recorded session with advice from Louise in our Membership Library Catch Up TV Area.

Louise Hare has an MA in Creative Writing from Birkbeck, University of London. The capital is the inspiration for This Lovely City, which began life after a trip into the deep level shelter below Clapham Common.

The drinks are flowing. The jazz is swinging.

But for the city’s newest arrivals, the party can’t last.

With the Blitz over and London reeling from war, jazz musician  Lawrie Matthews has answered England’s call for help. Fresh off the Empire Windrush, he’s taken a tiny room in south London lodgings, and has fallen in love with the girl next door. Touring Soho’s music halls by night, pacing the streets as a postman by day, Lawrie has poured his heart into his new home – and it’s alive with possibility.

Until, one morning, he makes a terrible discovery.

As the local community rallies, fingers of blame are pointed at those who had recently been welcomed with open arms. And, before long, the newest arrivals becomes the prime suspects in a tragedy which threatens to tear the city apart.