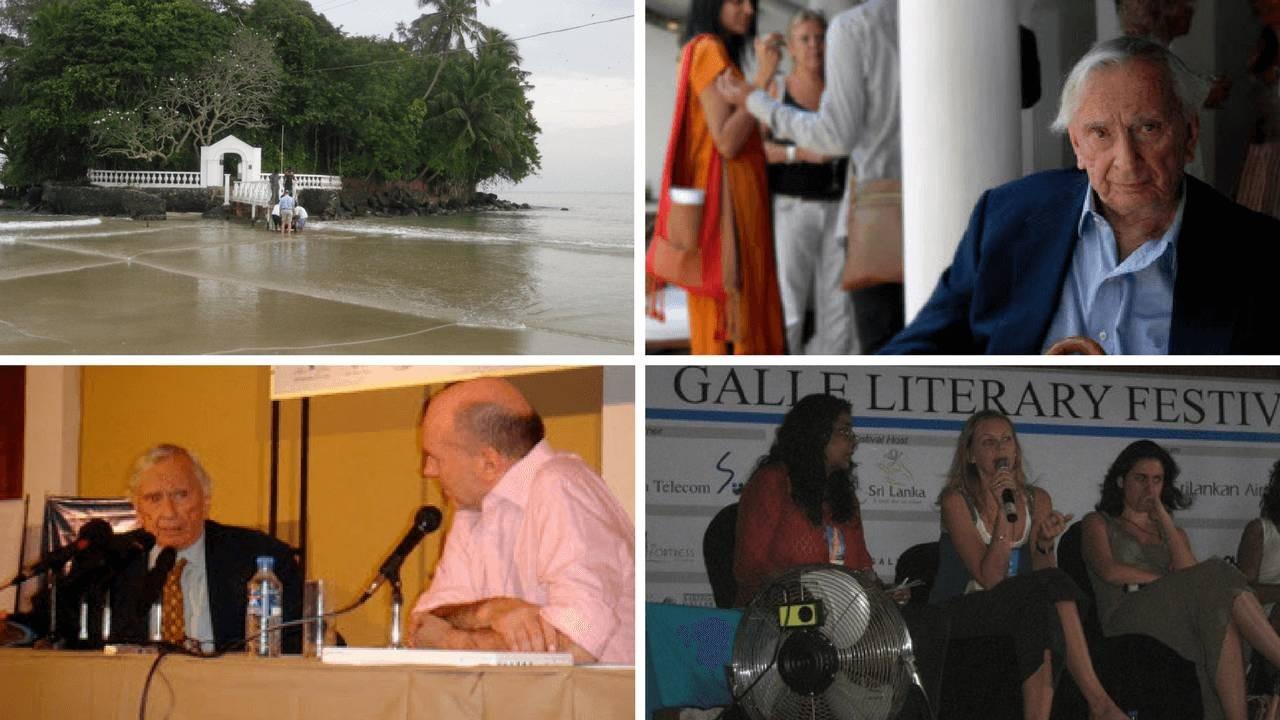 For 'This Human Season' I had spent an year interviewing participants from both sides - the 'RA and the Proddies, been to the West and East Belfast on alternating visits, and sat with former prisoner officers, mothers, priests, and former 'soldiers' from either side including some of the most senior ranking members. I told the story of one mother and her son (in Long Kesh) and a former British soldier, 'looking after' her son as a prison guard in alternating chapters, one chapter female and Catholic, one male and Protestant. The book 'This Human Season' received kind praise both in the UK and the USA, with Ali Smith and JM Coetzee enthusiastic, but had low sales in England where Norther Ireland is somewhat akin to Vietnam for the Americans. Our sad and grimy war (which is not a war, in our case.)

The Galle Literary Festival produced a few delights, hearing Sophie Hannah rap a full Eminem song after a few sunset snifters was one of them, another was watching Vikram Seth and others hoist the wheelchair of Gore Vidal up above the sea as we writers made our way to an evening party on Count de Mauny's Isle of Taprobane.

I'd introduced myself to Gore Vidal at breakfast, as we were sitting at neighbouring tables, and gave the poor man a copy of my first book 'Becoming Strangers' which was written in Brooklyn, USA in 2001. One day I was writing, my then-husband called me downstairs to show me the television. A plane had struck the Twin Towers. Later we saw from our 'stoop' the second plane. The whole of our street was silent. In the evening, pieces of white paper littered our back garden, a confetti after the devastating events of that day. When we went to bed, there was a storm and we rushed to the windows thinking we were being bombed; lights went on up and down the street in Park Slope. There was actually very little new from the President and we really didn't know what was going on. He said something along the lines of the bombers being cowards, from where he was speaking we did not know of course, as he was in some kind of hiding.

At that time, Gore Vidal - with Noam Chomsky - was one of the few strong voices to emerge to beg America to consider its reaction and its place in history.

One morning, after a long night drinking with a small party of us, Gore Vidal gave a talk on the 'Empire' as he called it, beginning with his father's role in deciding its boundaries vis a vis Japan. He spoke for over an hour without notes. The room was packed and many people stood. There was a sense of awe to be present to hear the great man speak from his wheelchair, his body frail, his mind ferocious.

We sat up through the night, and eventually, with others going to bed, it was just he and I drinking whiskey, I think, and he referred to himself in the third person I recall and gave me his thoughts on the history of Camelot and the then current establishment. What he said about the Machiavellian features of both dynasties - Bush and Clinton - unnerved me. 'They know how to get people killed.' But he foresaw another coming, who would not stoop to tie their shoes, as it were... A demagogue could still take America which is not as nuanced in checks and balances as the UK he said, it is an empire and there is a vacancy for an emperor. He suggested that angry, but essentially divided, America would continue to settle for the Coca-Cola payoff, with few other options universally agreeable.

Gore Vidal was a figure legendary in both literature and politics.

It is a great sadness he is not here to speak now, though one suspects even the great man might have been speechless.

Six of his best:

"We should stop going around babbling about how we're the greatest democracy on earth, when we're not even a democracy. We are a sort of militarised republic."

"Congress no longer declares war or makes budgets. So that's the end of the constitution as a working machine."

"The genius of our ruling class is that it has kept a majority of the people from ever questioning the inequity of a system where most people drudge along, paying heavy taxes for which they get nothing in return.'

"The United States was founded by the brightest people in the country — and we haven't seen them since."

"Envy is the central fact of American life."

"Any American who is prepared to run for president should automatically by definition be disqualified from ever doing so."

We need more Gore. If the vacancy for Emperor's been filled, and half of America is admiring his new clothes, then there's a vacancy for writers like Mr Vidal. Please apply to The Novelry to write your novel. Thank you.