Erin Kelly on the Connection Between Music and Writing 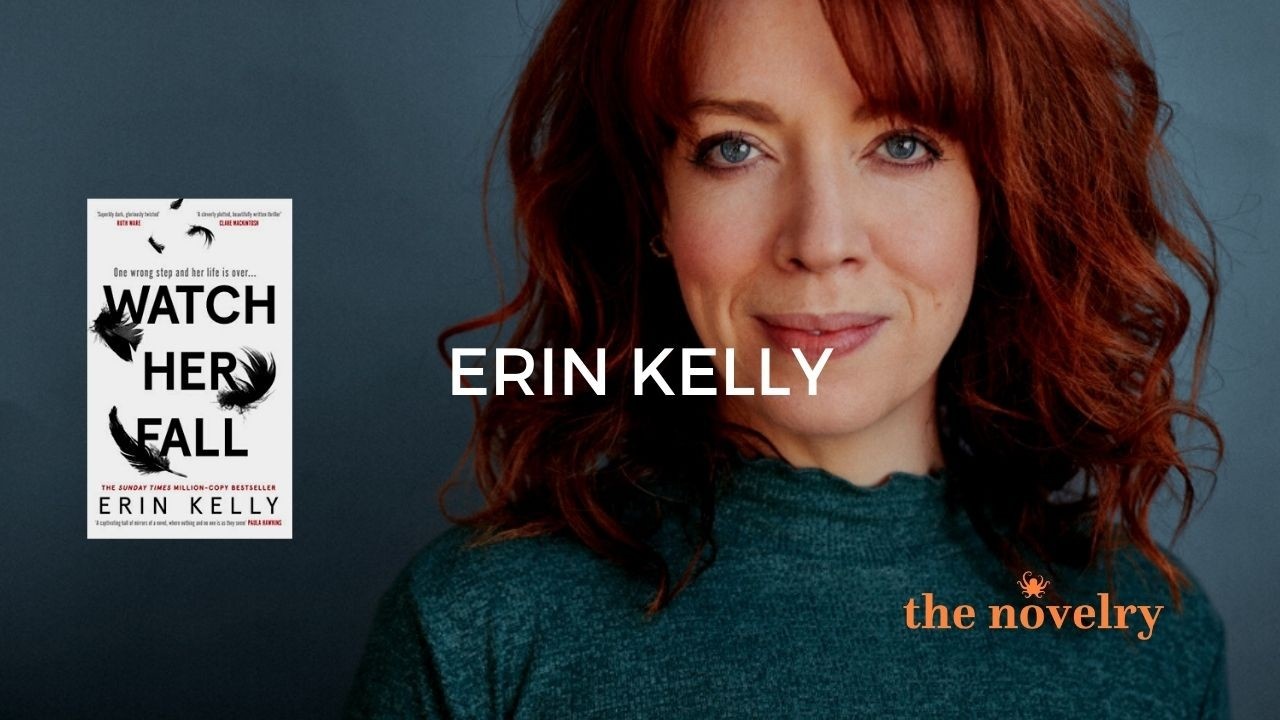 Erin Kelly is the author of eight novels, inclduing bestselling sychological thrillers. Her sixth novel He Said/She Said spent six weeks in the Sunday Times top 10 bestseller list, and was a Richard & Judy Book Club pick (as was her first novel and her seventh novel!). Her latest novel - Watch Her Fall - was published April 2021.

From the Desk of Erin Kelly.

I have always loved my headphones. From the moment I got my first off-brand ‘Walkman’ as a little girl, everything I’ve done, everywhere I’ve been, every stage of my life from schoolgirl to student to young woman, from cassette player with foam headphones to Discman to iPod to smartphone has had a soundtrack only I know about.

Memories are tied to albums: George Michael in Rome on a school trip, Nick Cave in Portugal (irony!), Joanna Newsom on the train to Brighton on the way to visit the man I would go on to marry. Music was how I untangled my thoughts, got ready for things. It was a constant.

The last decade has been my books and babies years, and music has been a part of them, too. I soon found when I started writing fiction that if I was stuck I was far more likely to find the solution wandering the park or pavements with a song in my ears than I was scowling at a blank page and a winking cursor. Not necessarily songs that went with the books but sometimes they were. I listened to old rave when I was writing He Said/She Said to bring me back to what it was like to be young and foolish.

Then a couple of years ago, I moved house, my routine changed and I started listening to spoken word rather than music on my long walk home from my kids’ school, craving the undemanding company that spoken word brings after a morning of shouting at them to put their shoes on. I liked listening to ideas being tossed around without the pressure to contribute something intelligent myself. I liked reading audiobooks without having to sit down. Before I knew it, twelve months had gone by and I, who used to live for new music, had barely listened to any. When I tried to listen to a new album, or even an old favourite, it was like the music part of my brain was broken.

And there was a corresponding blockage in my writing, too.

I couldn’t find my way into my book, no matter how many long walks I went on. I knew it was about a woman who had an affair, that it revolved around a production of Romeo and Juliet somehow, but I couldn't work out the connection.

I could cover five miles and come home with my head not rinsed clean but more crowded than ever. I didn’t make the connection for a long time. I was putting the wrong kind of noise in my head.

So I banned myself from listening to any spoken word and tried to reconnect with music. I pulled out favourite records old and new by Laura Marling, Leonard Cohen, Kate Bush, Suede, Perfume Genius, Bat for Lashes. But I found that the lyrics were too much. I favour singer-songwriters with real narrative, yet every time I was about to grasp a thread of my story, I’d be distracted by the lyrics. So I changed tack, this time going for songs where the lyrics were impressionistic and blurred: Agnes Obel, My Bloody Valentine. Better, but I still didn’t feel that connection.

And then came the music score that saved my life.

I started to listen to Swan Lake because I had an idea that it might be the right ballet. With its themes of betrayal and doubling, jealousy and control. I idly thought it might give me a bit of inspiration. No notes, no story except the one in the ballet and the one in my head. At first, nothing happened. But then eventually something did. It was as it became more familiar, as I anticipated the next variation and discovered a new detail. (Did you know that Swan Lake almost didn’t happen, the first time around? They took it down because of bad reviews, then brought it back again and I think it’s because this is music that could not die. Someone decided that. And good: it’s now one of the most performed ballets in the world.)

I listened to the Swan Lake score in its entirety five days a week for the best part of a year. I watched lots of performances of it too. At first, I would listen to it to think about high points in the story: here’s where the prince comes in, here are his emotions.

I’d find myself thinking of the plot points in my book: which dancers would be on stage? And towards the end, I’d start to think about my book. I was in a really intense relationship with this piece of music. I got angry if my phone rang while I was listening to it. I’d walk into the house, switch from headphones to speakers in one fluid movement because I couldn’t bear for it to end. I found that over the course of a year Watch Her Fall started to shape the book, so I would be imposing my own characters’ journeys. There’s a moment of betrayal in my book that perfectly corresponds to the moment of realisation in the book. Two people not sure if they are reading each other’s signals right, tiptoeing around each other, well that’s the prince when he first sees the swan. And the ending – which is the ending I am proudest of, which is the only thing that I needed – those lines, yeah. I would catch my breath, wondering if I could really bring myself to do that to my characters. (Of course, I could!)

Now I listen to the odd podcast but I won’t ever forget to listen to music first and foremost.

I’m in lockdown at the moment so opportunities for long solo walks are limited but they are stacking up. I’m working on a new book now, which is a kind of family saga that starts in the early 1970s and I’m making a playlist of all of the stuff my parents listened to when I was little. It’s taking me back.

Like books, music will take you somewhere. In a year where none of us has been anywhere, I can’t think of anything better.