Stacey Halls on Being Edited 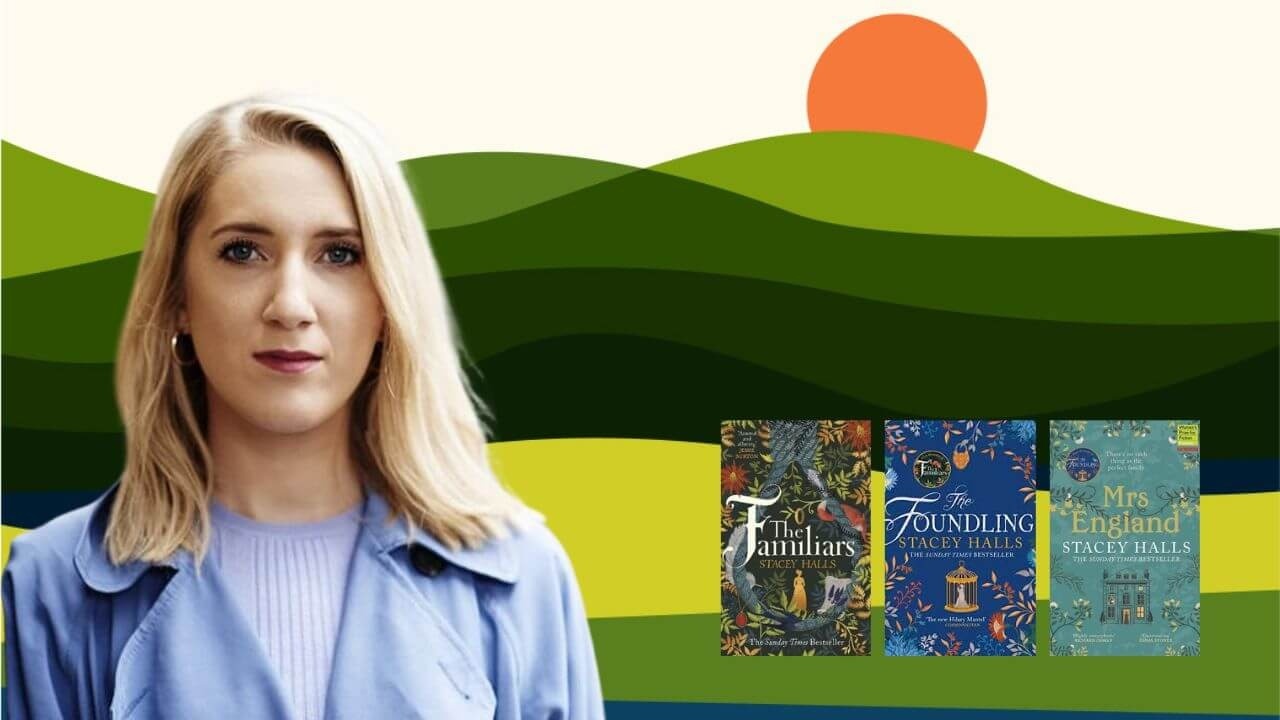 Stacey Halls is the author of The Familiars, which was the bestselling debut novel of 2019. Her second historical fiction novel The Foundling was published in 2020, and her third Mrs England is publishing in June 2022. She studied journalism at the University of Central Lancashire and has written for publications including The Guardian, Stylist, Psychologies, The Independent, The Sun and Fabulous.

Here, Stacey sheds some light on what it’s really like to be edited, and how to respond to suggestions from your team.

More or less: being edited

Questions I get asked a lot are: what’s it like being edited, and do you have to do everything your agent or editor suggests?

I find this interesting for a few reasons. Firstly, because the question always seems to come from a place of resistance and defence. The suggestion is that being edited is a sort of battle, the writer in the blue corner, editor in the red, perhaps with the agent as the humbug-striped referee, blowing a whistle every time one or the other gets too carried away. The ‘have to’ part of the question makes me think of my school days, even corporal punishment (not that my school practised it): twenty lashes for neglecting to shorten chapter four, straight to the headmaster’s office for a lazy metaphor.

Novels are not marked, and you aren’t given a score out of ten. You don’t have to do anything; you could rip your edits up and refuse to pay any attention to them, but you’d be a damn fool.

You don’t have to do anything; you could rip your edits up and refuse to pay any attention to them, but you’d be a damn fool.

Being edited is an emotional journey

Of course the initial read of your first round of edits can provoke very strong feelings – usually rage (how dare they!), followed by despair (I’ll never be able to pull it off), followed by, after a very long uphill climb, acceptance (of course they were right).

Handing a book into an agent or editor – I submit my first drafts to them both at the same time – feels like a colossal achievement after spending months (if not years) planning, researching and writing it.

Delivering a novel has its own unique grieving process: you are sick to the back teeth of it, in fact never want to see it again, and are looking forward to a few weeks away from it doing literally anything else, thank you very much.

Why, then, do you spend the first few hours refreshing your inbox, anxiously wondering if they’ve opened it, if they’re scanning the first few pages with their heads in their hands and are now actually hurrying to the MD’s office to say “She’s handed it in and it’s beyond help, can we cancel the contract?”

Delivering a novel has its own unique grieving process.

Perhaps even a very small part of you imagines them biting their nails as they skip breathlessly through the chapters, ignoring emails and phone calls, neglecting to realise day has turned to night and they haven’t fed their children because they just can’t put it down.

The reality of being edited

Of course neither of these things happen.

What really happens is a few weeks later you’ll get some really nice compliments (spoonful of sugar) followed by the edits (medicine), that either take the form of a few paragraphs in the body of an email or an attached Word Document. If it’s the latter, the first thing I do is scroll blindly to the bottom to see how many pages there are. Then, after days or weeks of panic, fear, resentment and overwhelm, you begin the work.

Why am I telling you all this when many of you don’t yet have editors or agents? Because if you are editing your own novel without the help of a publishing professional, you will want to know how they might view your work, and how they would change it.

In glancing over the notes for my three published novels, The Familiars, The Foundling and Mrs England, I’ve realised all editing boils down to a basic formula: more or less.

All editing boils down to a basic formula: more or less.

I know how useful specifics are when it comes to writing, so I’ll share here my agent Juliet’s edits for my third novel Mrs England. T

As with most first-draft edits, they relate mostly to structure, story and character, so you won’t find any continuity errors unless they are clangers.

A warning: these edits contain mild spoilers. And two disclaimers: this is half of what Juliet sent but the rest is too spoiler-heavy, and I have butchered her original wording into brief bullet points.

My agent’s edits in brief

Reading these back, there’s a common theme: the edits call for either more or less.

As well as tension and pace, sometimes our own work is too subtle. What we think is bludgeoning the reader over the head in fact isn’t landing at all, which was the case here with the sub-plot of Ruby’s past and her closeness with her sister and family back home – two major narratives in the book.

I did a Command+F on the word ‘more’ in Juliet’s edits and found 15 mentions. And though the word ‘less’ isn’t used directly, it’s there in speeding up the story (i.e. cutting the set-up) and giving less page-time to characters who don’t play an integral role.

The crux of editing a novel

Basically, taking your novel from first draft to second is a matter of turning the dial up or down, avoiding the maximum (crass and cliched) and minimum (thin, flat).

You can always cut later, but it’s difficult to introduce new scenes and characters as the novel takes shape in later drafts, as something has to happen in every single scene that drives the story forwards. It’s a question of balance: respecting the reader’s intelligence and giving them enough meat to keep turning the page.

Basically, taking your novel from first draft to second is a matter of turning the dial up or down, avoiding the maximum (crass and cliched) and minimum (thin, flat).

Nobody knows the story better than you, and you have to remember that: you might not be telling it as well as it can be told.

If it’s too much, you can do ‘less’ in the next draft: one of the scenes I deleted was a kiss, because I realised I could get across these characters’ feelings for one another in a more nuanced way. They didn’t need something as obvious as a kiss; I found it too corny, and for that reason I turned the dial down.

Finding the right volume of your novel will likely take a few drafts, and that is what your agent and editor can help you with, but it certainly helps to know the basics yourself.

That’s editing in a nutshell, more or less.