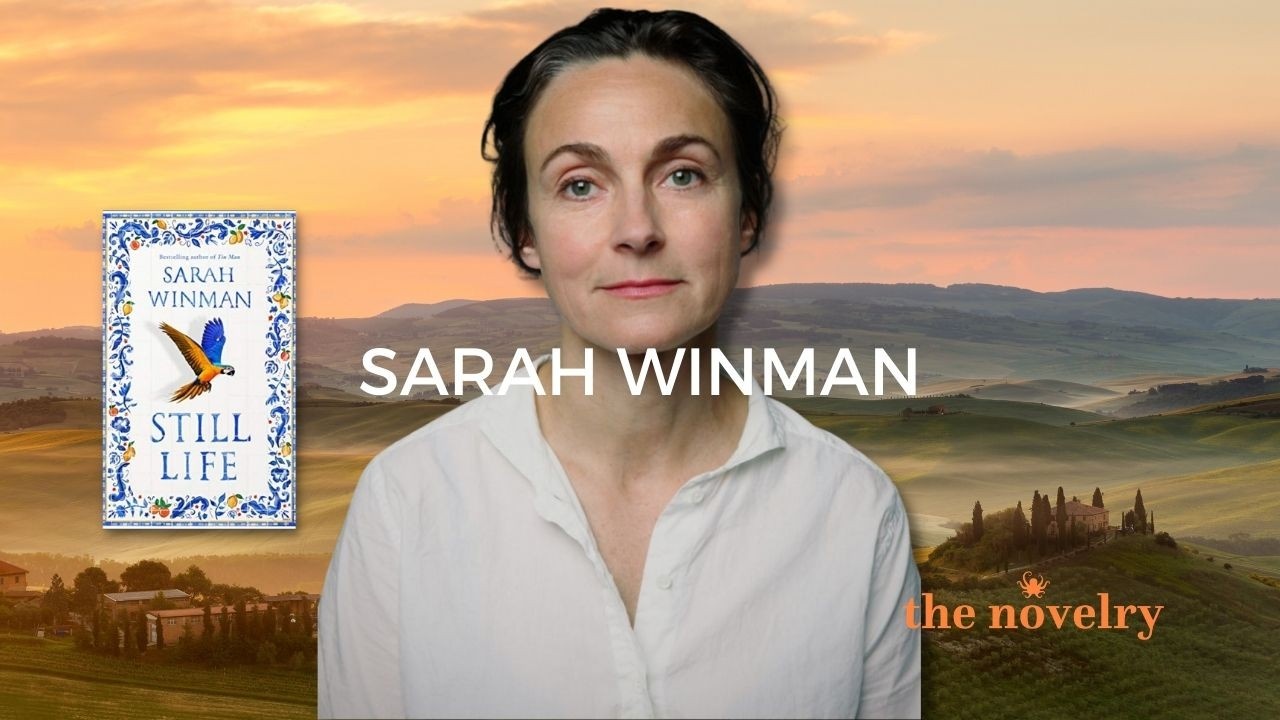 Sarah Winman is the bestselling, prize-winning author of When God Was a Rabbit,  A Year of Marvellous Ways and Tin Man. Her new novel Still Life is published in June 2021. Still Life is a beautiful, big-hearted, richly tapestried story of people brought together by love, war, art, flood... and the ghost of E.M. Forster.

From the Desk of Sarah Winman.

The editing, the copy-edit, the three rounds of proofreading, and the recording of the audiobook. All done now. It’s out of my hands.

And for the first time I can feel the letting go; that weave of mixed emotion that shifts into the void. What I’m mostly left with, however, is the marvellous adventure of it all. One that started in 2015, when I was having a late lunch in a Florentine restaurant.

I was alone, left amongst the detritus of other people’s feasting when I looked up at the walls and noticed photographs of Florence underwater. The images were so incongruous that I actually thought it might be Venice. But no, it was definitely Florence, in the grip of what I came to learn was the devastating flood of 1966. The waiter brought out a couple of books to show me and talked to me about the mud angels – the young men and women who came to the city to clean up in the aftermath.

It was the first time I’d heard about this and as I pondered the enormity of it, that familiar little voice entered my gut and told me I was going to write about this one day. Absolutely not, I said. (My usual response when a story finds me). Just you wait, said the voice.

It was the first time I’d heard about this and as I pondered the enormity of it, that familiar little voice entered my gut and told me I was going to write about this one day. Absolutely not, I said (my usual response when a story finds me). Just you wait, said the voice.
Sarah Winman

In the meantime, I got down to complete Tin Man. By the time I made a start on Still Life, it was 2018 and a significant political event had occurred in this country: the Brexit referendum. The divisive rhetoric weighed heavy on me and as I sat at the desk, I made a decision that the tone of this new book had to be one of joy and entertainment.

It was the first time I’d ever been so conscious of tone. I’d never thought too much about it before, as it had always been instinctive.

And yet it is tone that gives us a taste on the opening pages of what to expect. The words chosen, or how we use them; how these will make a reader feel. It indicates what the book is at its heart. And so, tone became the engine.

It lifted the words and the story, and it lifted me too. And some days, the joy felt abundant and a little magical, and added a serendipitous element to the creative task of research.

With eighteen months to go, three slight problems: I’d never met a mud angel. I still knew very little about the ‘real’ Florence. And my knowledge about Florentine art was pitifully scant, something that desperately needed to be rectified, as my main protagonist turned out to be an art historian.

Acupuncture. I am a big fan. There I am lying on the treatment table as a handful of needles stick out of my head. The practitioner Cristina – who just so happens to be an Italian – asks me how the book is going? I’m not sure, I say, and tell her that I need to find an art historian who went to Florence as a mud angel and who maybe never left.

One moment, she says. And I watch her go to her phone. She tells me she is texting her friend Monica who knows everyone. By the end of the treatment her phone pings. It is Monica. She says she may have found me someone: Stella Rudolph. Art Historian extraordinaire and one-time mud angel who lives in San Niccolo.

The next day, I left for Florence.

I stood outside the Galileo Museum in a shaft of May sunlight and telephoned Stella who’d been expecting the call. The following morning, bringing gifts of red wine and prosecco, I met the woman who would be the key to unlocking the story. We sat in her dark studio surrounded by books and masterpieces and I loved her immediately: youthful, charming, intelligent and eccentric.

I have no idea what Stella made of me, at first. I think she thought I was an art history student, and a bit annoying, and she kept sending me off to places I had no interest in. She was an esteemed academic working on a monograph of Carlo Maratti and her language was academic, and I soon realised that I needed to ask the questions that bypassed the academic mind and went to the heart of who she was. I started simply. I said, What do you think of Michelangelo, Stella?

She looked aghast – and slightly pitying – at such a basic question on such a basic subject. But then she paused and said, ‘Oh, he was an earthquake.’ And there it was – a sentence that could only have been spoken by someone with decades of knowledge and experience. And from that moment, Stella gave me my character Evelyn.

(As a footnote, I came to realise that Stella wasn’t a particular fan of Michelangelo. Or of Siena, come to that.)

I asked her questions about beauty and about nature in respect to art. About gratitude and enrichment. I asked her about certain statues or paintings and always led the conversation with the idea of response, or feeling, or why something was lauded over another. We talked about the flood, a subject that changed in its telling every time. We talked about Fellini and the effect the films had on the times.

I’d wait for her in the vestibule of the old palazzo where she lived, and the cool stone was heavenly in summer and frigid in winter. Clack clack clack the sound of Stella coming down the stairs – Hello my dear! You’re home! – and her words echoed in the space; we’d embrace and there was the faint whiff of cigarettes that she tried to hide, but which I thought was divine.

With my book to be delivered in August 2020, I was scheduled to head back to Florence in May that year. But, of course, I couldn’t, as the world went into lockdown. I phoned Stella every couple of weeks to make sure she was OK. Often there was a heaviness to her voice as she described the city cloaked in beauty and dread.

Stella died in May that year.

The circumstances remain unclear. She was one of a kind, a little bit magical. And I am forever grateful to have met her. She lives on in Still Life.