Saga Fiction: Why Should You Read (and Write) It? 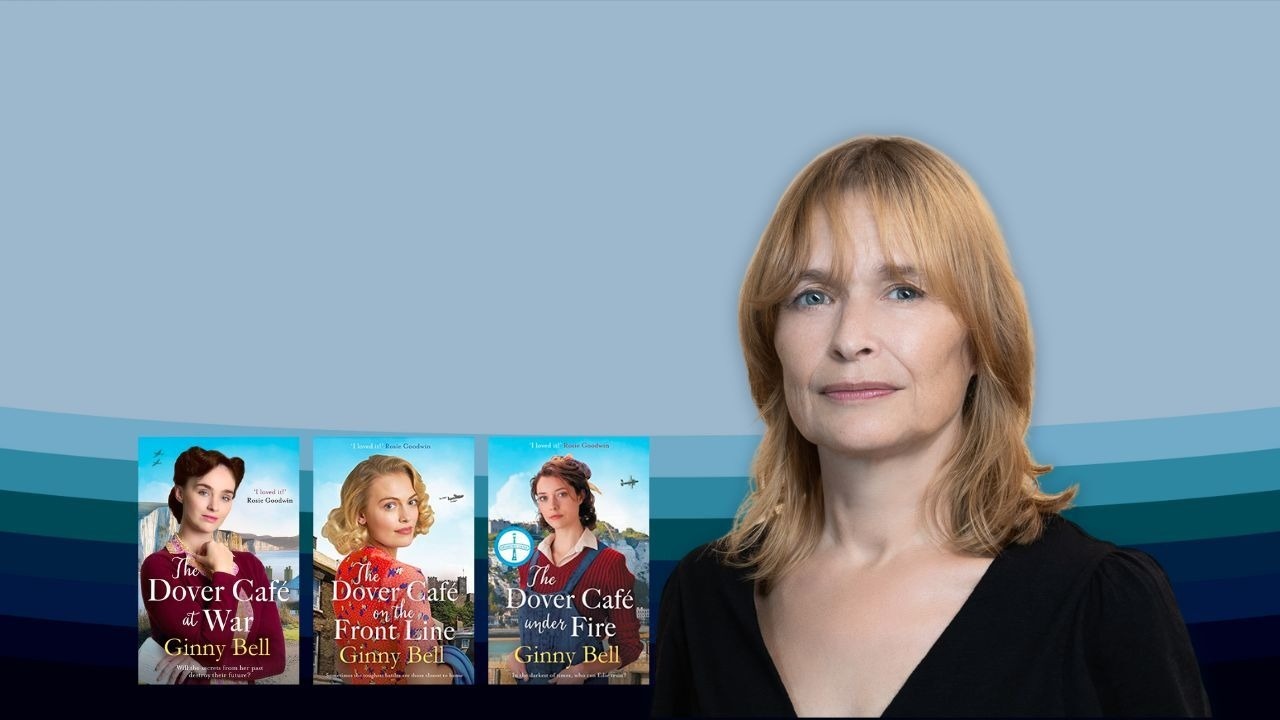 You may – or may not! – have heard the term ‘saga fiction’. You’ve almost certainly seen saga on supermarket bookshelves and the UK bestseller lists – it sells by the millions. But what exactly do we mean by saga fiction?

Does it bring to mind mythological suspense and epic tales like The Lord of the Rings – magical creatures in a fantastical world, entangled in battles and quests? Or does it make you think of how readers consume fiction nowadays – voraciously tearing through long, drawn-out tales, spoiled by years of binge-watching and excellent book series?

This isn’t what it is – in this context, at least.

The saga genre is its own thing, and books within it can be captivating original stories rather than necessarily pieces of a larger series. They’re often feel-good stories and cosy novels, albeit with long journeys involving plenty of drama, turbulence and even some spine-chilling sequences along the way. It sits comfortably within commercial fiction and is often considered a sub-genre of historical romance.

If you’re facing reader’s block or want a diverse reading rack full of engrossing stories to get lost in through the festive period, then saga may be just the ticket. Equally, if you’re writing a rollicking tale featuring a strong female lead and set at least fifty years ago, then you may be writing saga yourself!

Here to shed some light on this underrepresented genre is our very own editor, Gillian Holmes. Gillian has been working in the publishing industry for nearly 30 years and is herself a writer of saga fiction!

Before joining us at The Novelry, Gillian worked at Simon & Schuster and Penguin Random House. She writes under the pseudonym Ginny Bell, penning a wonderful WWII saga series set in Dover that sold to Bonnier Zaffre in a three-book deal back in 2019. The Dover Café at War was published in 2020, followed in 2021 by The Dover Café on the Front Line and the third book, The Dover Café Under Fire, published in September 2022.

Here, Gillian discusses the joys of writing and reading saga. 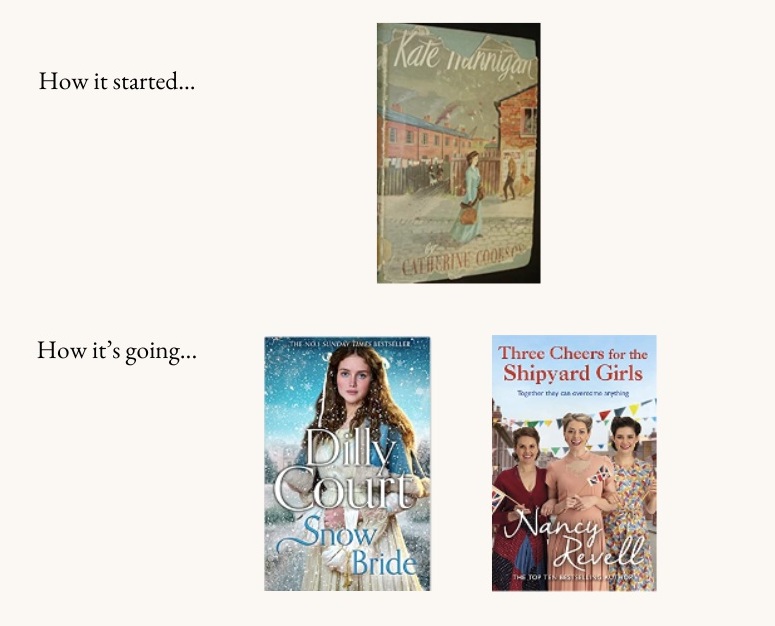 I imagine that most of you will have heard of only a couple of these authors and, unless you read saga, you’re probably unaware of this sub-genre of historical romance, which helps keep many publishing houses’ wheels oiled and fully functioning.

This is possibly because it is never reviewed. The debate about the lack of coverage for romance is an old one, although there has been a tiny bit of progress made recently – unless you are writing saga. Despite taking up a lot of shelf space in supermarkets, despite the Sunday Times number 1 bestsellers, despite the millions of copies sold, it is possibly one of the least recognised genres.

But even if you’re not really aware of it, you’ll definitely have seen these books on the shelves in supermarkets, bookshops and libraries. They tend to look very similar: a young woman in period dress gazing soulfully out at you with a tagline suggesting struggle and strife.

Despite taking up a lot of shelf space in supermarkets, despite the Sunday Times number 1 bestsellers, despite the millions of copies sold, saga is possibly one of the least recognised genres.

But what defines a saga?

If you look up the dictionary definition of the word, there are three alternatives:

A long story about Scandinavian history, written in the Old Norse Language in the Middle Ages, mainly in Iceland.

A long story about past events over a long period of time.

So, in fact, Saga has been with us since the early thirteenth century, when the Vinlander Sagas were published.

However, in its current form it all started back in 1950 when Catherine Cookson – the original Queen of Saga – published her first book. Set in Edwardian England, Kate Hannigan is the semi-autobiographical tale of a young woman struggling to bring up her illegitimate child in the slums of Tyneside.

And so began the story of a genre, which, despite being side-lined and dismissed, has kept calm and carried on – like all good saga heroines do.

The saga genre is huge

Over the next forty-eight years, Catherine Cookson wrote over 100 novels and became one of the most-read authors in the English language.

Following her death in 1998, the saga baton was passed to a woman called Judy Turner. And she took it and ran all the way up the bestseller list with it. Judy, who had been writing historical romance and saga as Judith Saxton since the 1970s, decided to write a new strand of books, under the name of Katie Flynn, based on her relatives’ memories of living in wartime Liverpool.

And her readers couldn’t get enough of them.

When I became Katie’s editor back in 2009, her novels were already reaping the rewards of the concerted effort the Random House team had put into publishing her books. The look they created for her – a young woman or girl gazing soulfully – still exists today.

The publisher had recognised that people loved to read stories about daily life during wartime. They liked the depiction of communities pulling together through hard times, and they especially loved stories about women in wartime – from Land Girls to WAAFs, from evacuees to Wrens.

And so, from so-called ‘clogs and shawls’, the genre expanded its range from Victorian and Edwardian era tales to include WWI and II, and tales of poor communities trying to survive through the depression.

The publisher had recognised that people loved to read stories about daily life during wartime. They liked the depiction of communities pulling together through hard times, and they especially loved stories about women in wartime – from Land Girls to WAAFs, from evacuees to Wrens.

Of course, you could argue that many other books fall into this genre, or that genres are not, after all, the carefully curated categories we like to believe. And indeed, ‘saga’ is frequently used to describe books that span generations and/or are a series of books charting the fortunes of a family through the decades – for example the Cazelets and The Winds of War. And by definition they are. But they are not Saga saga!

Key elements of the saga genre

So how do you know whether your book is a saga or not?

Here are some of the key elements of saga fiction:

But the other secret of the success of this genre is output. Catherine Cookson frequently published two books a year, as do Katie Flynn, Rosie Goodwin, Dilly Court and countless others.

And this is because the readers are voracious and loyal, and if they’ve enjoyed one of your novels, they will invariably read the next. Which is why there are so many saga series. For example, Ellie Dean’s nineteen-book Cliffhaven series and Nancy Revell’s twelve-book Shipyard Girls series. Both these follow the same central characters through World War II.

Saga has also made it on to our television screens. Call the Midwife is a classic saga series, and offered some of the nation’s favourite episodes to curl up with for a cosy night in. In turn, it has led to the huge popularity of books about nurses and midwives.

One interesting element of saga is that it doesn’t travel well. It seems to be an entirely UK phenomenon.

Many publishers have tried and failed to break into the US market, and although these books do have their fans on the other side of the pond, the common thread in US publishers’ rejections is that UK saga is too localised and just not a formula they recognise.

In America, the authors who are providing warming tales of community and overcoming difficulties are writers like Danielle Steele and Debbie Macomber – whose stories of small-town romance with a slight moral are hugely popular here, too.

If you’re handpicking feel-good stories to curl up with, try saga

So in summary, at their heart, these books are deceptively simple tales of love and the triumph over adversity that bring joy and comfort to millions during difficult times.

The authors of these stories understand what their readers want: a good story, well told. A warm hug during a cold winter. And the equivalent of a cup of cocoa and a crumpet in front of a roaring fire.

What’s not to love? 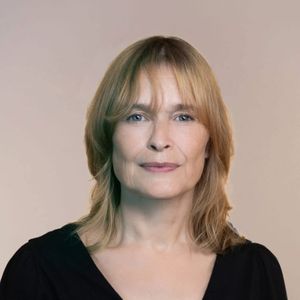 Gillian Holmes has amassed nearly 30 years in the publishing industry, working as an editor in big-name publishing houses like Simon & Schuster and Penguin Random House and with authors like Jo Brand, Jonathan Ross, Alan Titchmarsh, Jackie Collins and Jane Goodman. Although she has worked in fiction, non-fiction and screen/book tie-ins, her heart belongs to commercial fiction. Gillian also writes her own fiction under the pseudonym Ginny Bell.