Kendare Blake on the Magic of Writing 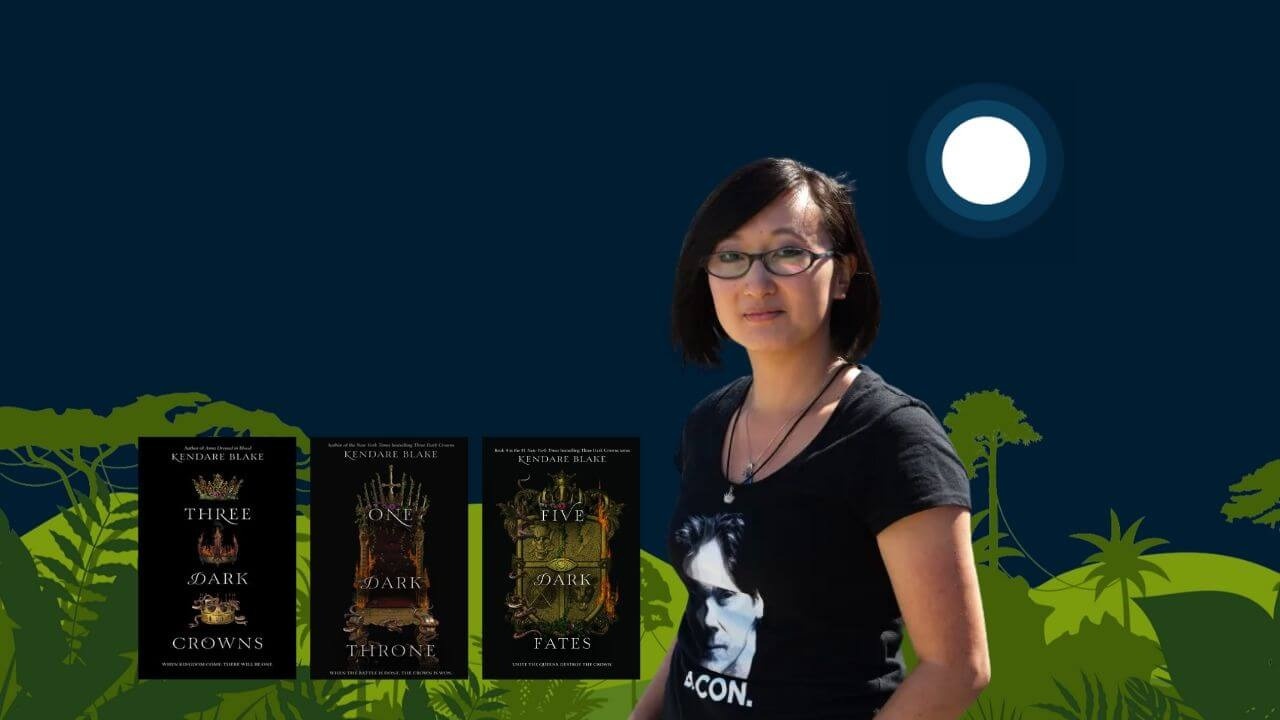 Kendare Blake is the New York Times bestselling author of the Three Dark Crowns fantasy series, which includes Three Dark Crowns, One Dark Throne and Two Dark Reigns. She is also the author of Anna Dressed in Blood, Girl of Nightmares and Antigoddess. Her latest YA novel, All These Bodies, is out now.

In this blog post, Kendare tells us about why writing feels like magic to her. She discusses how her characters feel like real, complex people who give shape to her story – and often feel more compelling than any questions of craft.

If you, like Kendare, are enthralled by the magic of writing – and especially writing SFF and speculative fiction, or writing for a YA audience – then consider joining our writing courses. We have a dedicated fantasy team at The Novelry, as well as published writing coaches who write YA fiction.

Hopefully that will come as no surprise. Though we, as writers, still struggle with our manuscripts – wrangling characters, secondary plot points, theme and, sometimes, even one, damned pernickety word – at the end of the day, and at the end of the struggle, we are writers, and we love writing. It is what we do, and perhaps in that deep, complicated way of art, it is also who we are.

It is what we do, and perhaps in that deep, complicated way of art, it is also who we are.

Of course even as I typed that last sentence a writer came to mind (brilliant; a favourite) who absolutely hates writing and only does it because she has to and it is the only thing that (barely) pays her bills, but since she doesn’t fit cosily into my narrative, for the duration of this blog post I’m going to forget that she exists.

So. We love writing.

There is a magic to the written word, a magic to storytelling, that comes closer to real magic than anything else I have found in the real world. (Excepting David Blaine but I refuse to believe he is actually from here, and by here I mean ‘our dimension’.)

That I, a normal human person, possessing only one normal, human brain, can sit down and produce words that contain multitudes, that encompass the lives and experiences of entire characters, and that have a beginning, a middle and an end that spools out from someplace that I have never been… feels like magic.

Or maybe that’s just my way of getting around difficult questions of craft. After all, if writing has taught me anything it’s that I do not entirely understand the workings of my own mind. I can, when asked, give answers about craft and character development. About choices of tense and point-of-view.

But no matter how constructed the answer, or how clever the tip, the advice feels incomplete. Because it is incomplete, without the magic. The intangible act of creation.

When readers ask me about my characters, I tend to reply as if they are real people. And when they softly chuckle and say, ‘you speak about them as if they’re real,’ I softly chuckle back and say, ‘that’s because they are’. And then we softly chuckle to each other until the chuckling becomes uncomfortable and we wander away in separate directions.

But when I say my characters are real, I mean it.

One day, when I was puzzling away on a story concept that had to do with three magical triplet queens born on an island who must kill each other during their sixteenth year in order to determine who will next wear the crown, a shadow of one of those queens stepped forward in my ear and said, ‘Well, my name is clearly this, and I am obviously this.’ And I said, ‘Are you sure?’ because she was a stranger at that point and I had no reason to trust her, and she said, ‘Yes, I am.’ And that was that, and there she was.

Over the course of the next year and a half, she would occasionally pop into my mind with something to tell me or something to show. As we became acquainted I began to ask her things, and listen in on her conversations with other people (which I have been told is rude to do but come on, we all do it) and so when I sat down to write the novel with her in it I knew her well enough to place her firmly on the page. Plop. The character has landed.

Over the course of four novels, I would get to know her better so that by the time the series ended we both knew our journey together had also ended – but I’m always happy when a reader asks me what so-and-so from one of my books is up to because it gives me an excuse to check in. Sometimes, I am forced to say that I don’t know. Couldn’t reach them. Hope they’re not dead.

I sometimes feel like a vehicle for my stories

I like to say that the stories I tell feel like they are streaming in from another place, that when the writing is going well it feels not like creation at all but rather a taking down of events. And I believe that. All of our stories exist in some alternate reality. I don’t believe it in such a way that I’m constantly opening up wardrobes and trying to fall through them, but be honest, searching for portals to other places does sound kind of fun and not a terrible way to live.

To many of your more pragmatic types, this is going to sound insufferable. You’ve probably actually stopped reading this blog post already and labelled me (perhaps with a label-maker that you likely have) as ‘IDIOT’ in those nice, bold black letters. I am, you will say, romanticising the process.

To which I will reply, you bet your sweet bippy I am, because I love writing and writing is magic.

So go ahead and romanticise your process. It won’t be the same as mine, probably, or maybe it will be, and that doesn’t matter. Maybe you dive straight in off of one solid sentence. Maybe you write from the middle and spool forward and back. Maybe you meticulously outline and re-outline and flesh out that outline until the outline is no longer an outline but a book. It’s all magic. And it’s all ours.

That specific magic of writers.