Jessie Burton On Endurance for Writers. 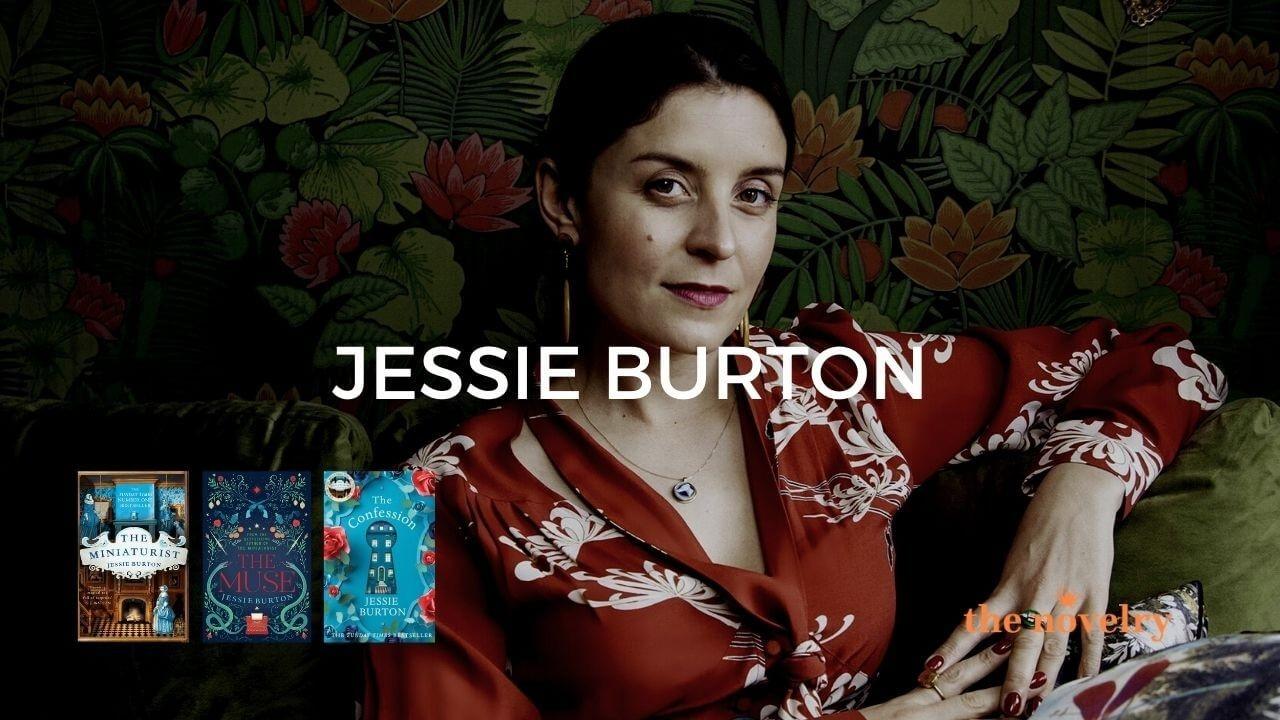 Jessie Burton is the million-selling, award-winning author of The Miniaturist, The Muse and The Confession, as well as her children's book The Restless Girls. The Miniaturist and The Muse were Sunday Times No.1 bestsellers, New York Times bestsellers, and BBC Radio 4's Book at Bedtime. The Miniaturist went on to sell over a million copies in its year of publication and was named the National Book Awards Book of the Year and Waterstones Book of the Year 2014.  In 2017 it was adapted as a two-part miniseries on BBC One, starring Anya Taylor-Joy, Alex Hassell and Romola Garai. Jessie Burton's novels have been published in 40 languages.

From the desk of Jessie Burton

I’m writing this piece less than two days after finishing my sixth book. It isn’t due for another fortnight, but I’ve been thinking about and writing this one since May 2016, and it happens like this sometimes. There you are, thinking you will never see the light at the end of the tunnel, let alone walk through it into bright sunshine. And then you take yourself by surprise. The day is a normal one, you press the last full-stop, and it is done.

A few days before that, however, when I could see I was nearing the end, I felt extremely anxious. I was overwhelmed that I had come this far – having discarded over 96,000 words to get here, changing it many times, sitting in the dark with it for so long. I was swamped by the anticipation of the final push, by the awareness that the book was going to morph from a private into a public thing, and the fact that I would have to say goodbye to it once it was. I couldn’t believe I was actually finishing it. And then, when I did finish it, I absolutely believed that I had. I felt very calm and happy, and then two hours later, I burst into laughter in my kitchen, waiting for the kettle to boil.

I had emailed my editor to say that I would be sending it to her next week and that I had just two more scenes to go. I did this, partly to give her a heads-up that a manuscript was coming, but mainly to commit myself to executing those two scenes. As it turned out, I finished both in twenty-four hours. It isn’t really an end, of course, because now my editor will see it, and my agent, and conversations will begin, and I will have to change this creature probably several times. And after all, even when it’s sitting on a shelf, it doesn’t always feel like an ending. Nevertheless, it is a milestone worth noting and celebrating – because it is one thing to say you are going to write a novel, another to say you are writing a novel, but a whole different ball game to say you have actually written one.

One of the most frequent questions I’m asked about writing is endurance and self-belief. How do you keep going with a novel when you’ve lost hope in it, when it’s swallowed up your confidence, and try as you might, you cannot find your way with it? I thoroughly understand and empathise with this state of mind. Writing a whole novel, as commonplace as it might seem to those in or adjacent to the publishing business, is actually really hard.

What you’re doing of course, when wrestling with a novel, is wrestling with yourself. I don’t really know how I write my novels, and that is because for me, the act of writing them is also the act of living my life, and so if you ask me how do you write, you are also asking me, how do you move through the days of your life? What was I doing with my life three months ago, on the first Wednesday of August? I have no idea. I was most probably at my desk, writing.

This is not to sound grandiose, or to romanticise or mystify the process, or to pass myself off as some monkish masochist. Because what I do know about the accrual of words on the page is that it is, in fact, spectacularly mundane. I plod through the days, and the novel plods too. It is repetitive, frustrating, and an exercise in tender failure. Of course there are transcendental afternoons, when the flow comes, and the novel appears to be writing itself, when the hours and hours you have spent clunking over the terrain of your own psyche have suddenly smoothed out into this unbelievable rollercoaster of perfection.

Generally, writing a novel is not a particularly healthy way to live, but seeing as we do not always do the things that are healthy for us, and if you have a novel that you want to write, that you have to write, that, if you are lucky, you are contractually obliged to produce – then you are going to have to find some way to incorporate the production of it into your life, to accept its flawed processes, and yours.

I posted something I wrote to myself on my Instagram a while ago that hit a bit of a nerve, and I’ll put it here: the fact is, that very often, when you’re writing a book, you fear that you are writing it the wrong way – too fast or slapdash, too unthinkingly. That underneath this book, there is another book that as a consequence does not get written, that didn’t even stand a chance in the face of your ego or hunger and impatience. That there was a way to write the book, and you ignored it, in favour of a cheap thrill or a quick hit of feeling something had been accomplished. That you didn’t sit and breathe with it. That you missed detail after detail in your panic. And so there is always the phantom book that exists somewhere, that you will never write. Your platonic ideal of a book, that no one will ever read.

Accept your book as it is.

I think accepting the above is a huge step in actually finishing the damn thing. What on earth did I expect was going to happen – did I really think that the novel in my head was going to make itself known on the page? It is a necessary delusion we all cling to, but what we then have to do is accept what we have actually written, and shape, enjoy and analyse that. A lot of novelists have perfectionist tendencies, even if they deny this: there is the impulse to control, to be in charge of everything, to capture the butterfly and pin it to the wall, for all the world to see its iridescent glory. But sometimes, the butterfly is still alive. It strains at the pins we have driven into its wings, and it flies off. We are left with the outline of that butterfly, its absence. Its absence is the story we write.

Turn the voice off.

Because we are perfectionists, we are also likely to be self-punitive. The secret is to ignore the punishing voice and write regardless. Just do it anyway. Really, just do. That voice telling you this is all shit probably isn’t going to go anywhere, unless you are willing to engage in years of therapy, and you haven’t got that time to spare, so just do it, anyway. And if one day, you find yourself surprisingly in awe of yourself – if this strange warm sensation spreading in your chest is self-pride, do please acknowledge that. It will be brief, and golden, and it won’t make your writing worse.

If you’re struggling to finish a draft, ask yourself – how much do I want this novel to be a real, living thing? Perhaps don’t ask yourself why you want it to be so – that’s too murky a territory when you’re actually in the process of writing, and you don’t owe it to anyone to explain why you’re doing this. There will absolutely be reasons of course – both known to you, and unknown – but when you are in the middle of things, I wouldn’t bother examining that too closely. You don’t want to watch yourself write. Just be the ego that is pushing you on. The beloved ego, who gets the job done.

And if you want it very, very much, then you have to be prepared to accept it when it comes as a compromised, flawed thing, just like you are. You have to tell yourself that it is better to have fifty words on a page one day, than none. You also have to tell yourself that if there have been no words on the page for three weeks, that is also fine – because they will come. This happened to me earlier this year – the first time in my life. I couldn’t write. I couldn’t even go into my studio and sit at the desk. I literally stood at the doors of the house, looking down the garden to the studio at the end of it, knowing there was no way I wanted to be in there. I was paralysed by a deep suspicion of the space, a profound, melancholic reluctance to be in it, to masquerade as a creator, and I feared that this was a permanent state of affairs. I was also quite tired. You know how people are put on bedrest? I put myself – or was told to put myself, on brain-rest. I did other things with my brain and hands – baking, mending things, watching a lot of TV. It was an excellent part of the writing process.

We all make plans, however rigid, however loose. We all think structure helps – and it does. But I refer to the point I made earlier.

Writing a novel is so intrinsic to the person we are, that it is not going to be smooth. Despite plans and plots and notes and intentions, the process is always going to frustrate us, because we are the process.

Take time away from your novel.

Sometimes, you are just too tired or sad to write. Sometimes, precisely because you are sad, you will write. Your life dances around you, up and down, and you write. Sometimes, you write three chapters of nonsense, and then you write a paragraph of beauty. Time away from a manuscript is as valuable as time spent poring over it. Your novel will never be perfect – there are probably three perfect novels written in this whole wide world. So write it anyway. Through the quiet mundanity of the days, you are making the novel. It happens when you are not looking. When it comes, it will take you by surprise. And you are out of the tunnel, standing in your light.

Members of The Novelry can watch the recorded session with Jessie Burton now. Enjoy writing workshops and live Q&As with bestselling authors and write a historical novel with our specialist team of authors and editors when you join The Novelry for one of our online writing courses. Start today!