How to Write a Fantasy Series 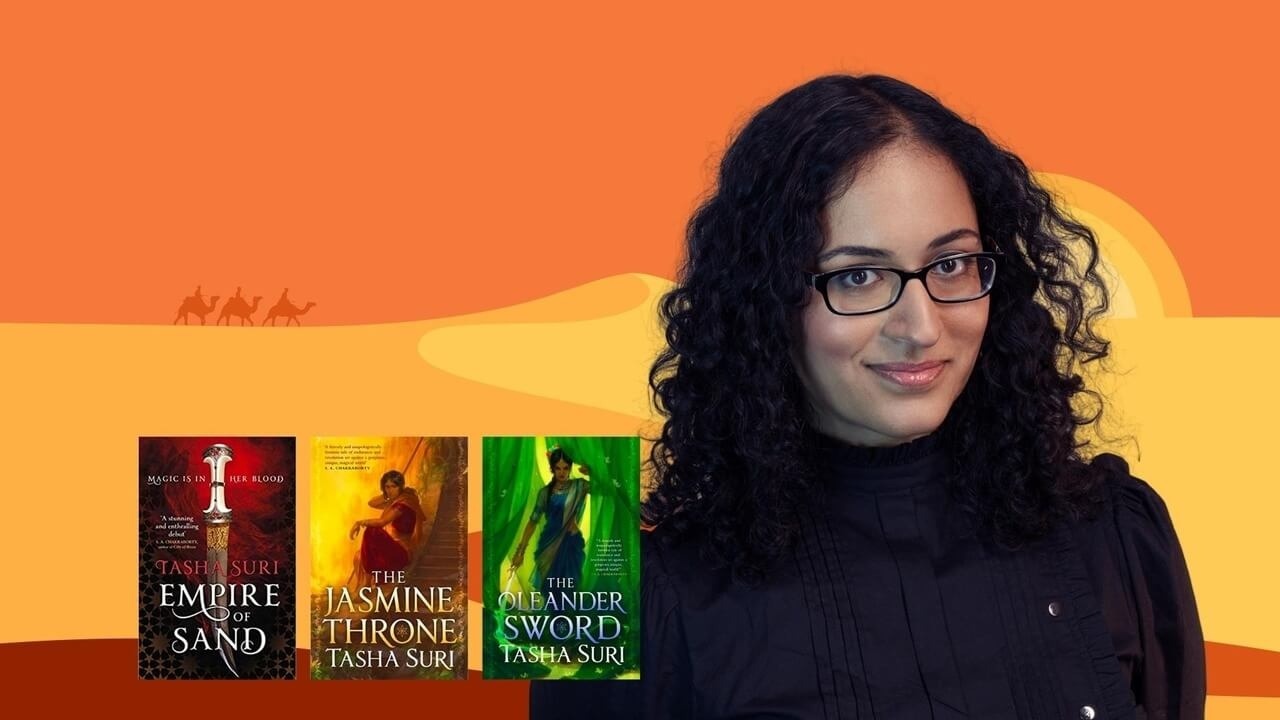 Writers of fantasy fiction are often curious about how they can extend their story into several novels. After all, you’ve created a rich, engrossing fantasy world, and a main character with plenty of adventure left in them; of course there are stories left to tell.

But how can you map out your stories in a way that spans multiple, cohesive fantasy novels? How can you spread your character development over the course of several books? And how much should you know about where your fantasy stories are going at the point when you start writing?

Our writing coach Tasha Suri is here to help! She’s the award-winning author of The Books of Ambha duology (Empire of Sand and Realm of Ash) and the epic fantasy trilogy The Burning Kingdoms which starts with The Jasmine Throne. She also won the Best Newcomer Award from the British Fantasy Society in 2019 and was nominated for the Locus Award for Best First Novel.

When TIME asked leading fantasy writers – George RR Martin, Neil Gaiman, Tomi Adeyemi, N.K. Jemisin and Sabaa Tahir – to compile a list of the 100 most fascinating fantasy novels of all time, dating back to the 9th century, they included Tasha Suri’s Empire of Sand.

Suffice to say, Tasha Suri knows how to write a fantasy series! Over to Tasha...

The prospect of writing multiple fantasy novels can be daunting

From experience, I know the thought of writing an epic fantasy series or saga can feel overwhelming. Writing one book is hard enough, you may think. No need to complicate things further.

I certainly felt that way, before I tackled my first duology! How can you wrap your brain around the concept of writing two, or three, or even more books in the same world?

No one size fits all, and no rules are absolute, but I want to give you some guidance to set you on your way.

Follow these five suggestions, and I have confidence that you’ll be able to begin building your own fantasy series – as small or as grand a series as your heart desires. Whether you’re writing a fantasy novel that is high fantasy, dark fantasy, urban fantasy, or some new imaginary world we could hardly conceive of, these tips should help map your character building and see how your stories could spawn a fantasy series.

5 tips for writing a fantasy series

Get your hands – and your eyes – on duologies and trilogies and fantasy series that span many books.

Steep yourself in what you love, and you’ll begin to understand how to write the kind of series you love, too. There’s no shortcut to this. Just read, and read, and read some more, and your knowledge and your imagination will grow in turn. Your fantasy story will be taking shape deep in the recesses of your mind, sometimes without you quite realising it...

Read fantasy fiction that brings you joy! The more you read, the more you will gain an instinctual understanding of what it takes to write a series in the fantasy genre.

Some writers love to plot and some loathe it, but no matter what camp you fall into, you’re going to need to plan where your series is going.

The plan doesn’t need to be perfect, but you do need to broadly sketch out the journey your series is going to take, and the character development that will ensue.

Ask yourself how many books you’re likely to need. Are you writing a duology, divided perfectly into two halves? Is your series a trilogy, with a firm beginning, middle and end?

Some writers know every twist and turn on the path from the first fantasy novel in the series to the final one; some only know the vague direction they’re going. There’s no formula for novel writing or step by step process to write a fantasy novel.

If you’re firmly not a plotter, then I encourage you to think of your series plan as a lamp illuminating the way ahead, so that you can keep putting one foot in front of the other – or one word after the next – until you find your inevitable way to the end of the path.

Some writers love to plot and some loathe it, but no matter what camp you fall into, you’re going to need to plan where your series is going.

Your plan can be vague, but it does need to be complete enough to guide you so that your plot progression makes sense in the larger scheme of your fantasy novel. Remember, this isn’t a short story, and things can get complicated.

3. Give your series an overarching plot

You’re writing a series because you have a story idea that can’t be contained in a fantasy novel.

What larger, book-spanning plot ties your series together? Who – or what – is the great enemy your protagonists are going to have to face at the end of your series? What great peril threatens your fantasy world and its people?

Your overarching plot doesn’t have to centre on a great enemy or threat, of course – but conflict is often a great driver for story, and fantasy readers are comfortable with the idea of some impending doom threatening the magical world they’ve entered.

You’re writing a series because you have a story idea that can’t be contained in a single book.

The first fantasy novel in your series should still be an enjoyable read on its own.

On a mercenary level, a book that could stand on its own or have sequels is far easier to sell to a publisher than a book that must absolutely be part of a series.

But it’s also true that many readers will pick up your first book, and love it, and… read no further. Think of the piles of books by your bedside or on your e-reader that you haven’t touched yet; can you blame them?

Even a dedicated series reader will certainly never pick up your second or third book if the first doesn’t speak to them, if the main character isn’t someone they enjoy spending time with, if you haven’t created a believable world that also has some fascinating magical elements and magic systems with their own internal logic. It’s in your best interests to make your first book a satisfying read on its own merit.

How do you do that?

When you begin writing your fantasy novel, focus simply on telling the best possible fantasy story you can. Pour everything you love into that first book. Don’t reserve your best work for future installments.

By writing the best work you’re capable of now, you’re building your craft muscles and ensuring you’ll be an even better writer – with even better ideas – when you approach the sequels of your fantasy series.

When you begin writing your fantasy novel, focus simply on telling the best possible fantasy story you can. Pour everything you love into that first book. Don’t reserve your best work for future installments.

Plus, think of it as a wise and safe investment. Fantasy authors test the market for their story with a first story, then go on to spend time developing the world of their original story when they have an indication from beta readers and literary agents that they are tipped for commercial success.

5. Don’t stray from the path

This final point is a message for the writer you’ll be one or two books into your series. Tuck this advice away for when you’ll need it most:

Remember the overarching plot you sketched out? The path you laid out, spanning a specific number of books, exploring the lives of a particular set of protagonists?

Don’t stray too far from that vision.

Part of the magic of writing is discovery. As you write your series, you’ll learn things about your story you never expected, and that isn’t anything to fear. World building is great fun, as is coming up with magical creatures and your own rules for the magic system that governs them.

But it’s also very easy to accumulate subplots and side characters as you go, and one day you’ll find yourself juggling a dozen plots and hundreds of characters, trying to find satisfying conclusions to all their journeys, with no idea what happened to the path you began on.

Part of the magic of writing is discovery. As you write your series, you’ll learn things about your story you never expected, and that isn’t anything to fear.

Keep your eyes on the road ahead. Most fantasy writers would agree, it’ll make for a much smoother writing process. Remember what the heart of your series is, and hold true to that right until the very end.

Now you have five broad rules to guide you, and all your ideas buzzing brightly in your head, go out there and write your fantasy fiction!

Think of creating your own series as your very own epic quest. Good luck on your journey. I’m sure you’ll write a fantasy series to be proud of. 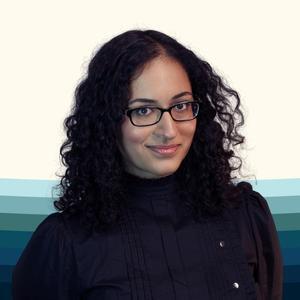 Tasha Suri is the award-winning author of The Books of Ambha duology (Empire of Sand and Realm of Ash) and the epic fantasy trilogy The Burning Kingdoms which starts with The Jasmine Throne. She won the Best Newcomer Award from the British Fantasy Society in 2019 and was nominated for the Locus Award for Best First Novel. Write your novel with coaching from Tasha Suri on our famous online creative writing courses.