Good and Evil in Literature

Good and evil in literature has long been a universal theme of our stories – and not just evil stories, or those that ruminate on the entrenched power structures that human beings live under. Even the brightest children’s stories often deal with the same theme, albeit sometimes with somewhat comical bad guys. There’s also classic historical literature, which might focus on a corrupted figure of human evil like the atrocities we saw in World War II, but show that – though there’s a constant struggle between the opposing forces of good versus evil – good can often win out.

The fact is, these common themes are easily recognised throughout history – with many variations and different perspectives. They span from old folktales to William Shakespeare, national mythology to the classic novels of English literature. And it persists in the present day. The devil himself might not show up, but our main characters tend to be tackling evil in some form.

Whatever individual stories you hope to tell, it’s crucial to invest in the groundwork before going on to potter in prose if you mean business (i.e. to sell books.)

Our storytelling foundation course – the Classic Course, the first step in our online creative writing courses – is good for all writers. But it’s absolutely essential for those who are world-building – which is to say writing fantasy, historical, YA or children’s fiction. Pack it in your writer’s kit bag, toss it behind your back and whistle all the way to the literary agency (nail that theme tune en route).

In this article, we’ll help get you on your way by thinking about how you can incorporate good and evil in literature that you write, and look at a good example or two that you might draw on.

I'll be referring to the ‘classics’ in this blog post, but don’t worry, I’m not being lofty and referring to works of Ancient Greece etc. I’m being lowbrow. Populist! (Hoorah!) I’m referring to the golden classics of fiction, the bestsellers enjoyed by adults and kids. The genre-busting crossovers!

The course delves into the cunning plots of seven of the ten bestselling books of the last hundred years.

The theme of good and evil in literature is pervasive

Conflict between good and evil is at the heart of any classic (big) story.

In his work Mysterium Coniunctionis, C.G. Jung explained the paradox that is the alchemy of creation, the conflict between two forces.

In adult novels, we see the war within and also without, and the novel is driven by the main character’s ability to incorporate the ‘other’ or that which seems at the outset of the story to be in opposition to himself or herself.

‘Two Wolves’ is a Cherokee Indian legend of good versus evil

One day a grandfather was talking to his grandson. He said, ‘There are two wolves fighting inside all of us – the wolf of fear and hate, and the wolf of love and peace.’

The grandson listened, then looked up at his grandfather and asked, ‘Which one will win?’

Good versus evil happens within us as well as outside

In the classic, the threat of evil threat is located outside the self, yet within the safe sealed environment bound by front and back cover. (Ah, how the spine of the book tingles with the conflict!)

‘Evil’ isn’t commonly granted the same credibility as an independent ‘ineffable’ force like ‘Good’. We tend to see evil in terms of ‘agents’ and ‘events’. In reality, most of what we experience as ‘evil’ lurks in agency or non-events, humans’ selfish desires (the ‘banality’ of evil (Arendt), when good men do nothing (Burke)).

Evil, it is commonly accepted, is an absence. (All the things we didn’t do?)

Not so fast! In the classic, evil is given a physical form, brimful of intent to destroy all that is ‘decent’. It’s the opposite of Peter Pan’s ‘youth’ and ‘joy’, the ‘little bird’. 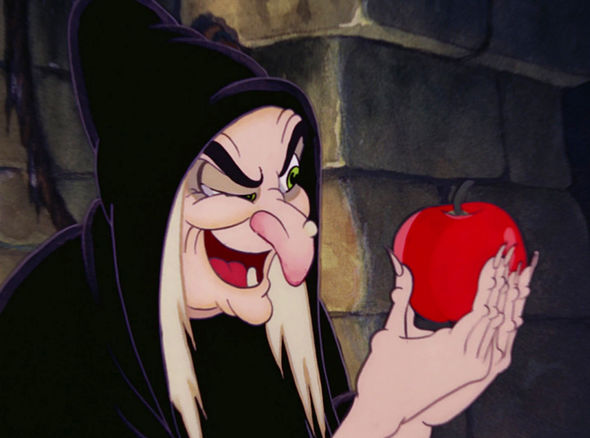 Introducing evil in your story

Evil should be introduced with the fanfare of awe and dread – some natural phenomena misfiring to create a supernatural sensation – to strike up the big band of feeling.

Accessories to the onset of evil are those human feelings which encompass fear of exposure (to the elements and ridicule), leading to loneliness, ostracism, abandonment. Of course, as a social creature, this compromises our survival entirely.

Only a hero has the stomach for going it alone in the face of evil with all these feelings working against her or him. The rest of us are shit scared.

Before evil strikes in Peter Pan, the youngest child (always the most sensitive – think of your youngest character as the barometer in the story) senses it, and feels ‘lonely’. This is a good example.

It was the stillest silence they had ever known, broken once by a distant lapping, which Peter explained was the wild beasts drinking at the ford, and again by a rasping sound that might have been the branches of trees rubbing together, but he said it was the redskins sharpening their knives.

Even these noises ceased. To Michael the loneliness was dreadful. ‘If only something would make a sound!’ he cried.

As if in answer to his request, the air was rent by the most tremendous crash he had ever heard. The pirates had fired Long Tom at them.
—J.M. Barrie, Peter Pan and Wendy

C.S. Lewis philosophised on evil in The Problem of Pain, deeming it with a brisk wave of the hand as an unwholesome by-product of God-given ‘free will’ – it’s there so that we can choose to do good. It’s all about ‘agency’. A character choosing to do what they know is wrong.

The root meaning of the word ‘evil’ is akin to modern German ‘Übel’ which incorporates ‘transgressing’ and ‘suffering’. In Judaism, evil is not real, it is per se not part of God’s creation, but comes into existence through man’s bad actions.

No matter which way you turn, it seems that when thinking about evil happening to you, you come back to you. Your own ability to make choices and choose actions.

That’s a bummer. When it comes to bad things, I’d prefer to blame a lisping bald knee-high creature than myself. It would be an unholy relief to have a poltergeist about the place, a constant unseen enemy. It would stop us falling out in this household, holding grudges over basic things – towels left on the floor etc. – if we had one character at the heart of all our problems. That bloody Gollum again...

Get in touch with your shadow side

We might be keen to own our good qualities, but to Jung, it seemed that people tend to believe evil is something external to them and project their shadow onto others.

The acceptance of the shadow-side of human nature verges on the impossible. Consider for a moment what it means to grant the right of existence to what is unreasonable, senseless, and evil! Yet it is just this that the modern man insists upon. He wants to live with every side of himself – to know what he is. This is why he casts history aside. He wants to break with tradition so that he can experiment with his life and determine what value and meaning things have in themselves, apart from traditional presuppositions.
—Carl Jung

Use your shadow side!

Teaching adult fiction story-creation in The Ninety Day Novel course, I make sure my writers have set up their main players before writing. We talk about them in our first call, particularly exploring the main character on a deeper level. In its simplest form, their moral blind spot is the driving force of the narrative plot in a novel.

You almost don’t need anything else to start writing. They are blind, and then they see. Even if briefly, they see at the end of the book. Pop that on a post-it on your wall and write.

When creating the big players, it’s like this. You use your own flaws and failings and grant them to the ‘bad guy’ or antagonist. They come alive, you get a little light relief. (Laughing at yourself is highly recommended and the only therapy that ever did me any good. It should be more widely prescribed.)

If it’s a classic you’re after, you gotta have a bad guy in your story. It’s such a joy to write. Writing my novels, what has brought me back to the white page more faithfully than anything else is the promise of a next scene in which the ‘bad guy’ behaves even worse than the last. Cathartic entertainment, yes please.

Evil is a big story opportunity – in fiction

Fairy tales do not tell children the dragons exist. Children already know that dragons exist. Fairy tales tell children the dragons can be killed. A seven-headed dragon is, perhaps, a very terrifying monster. But a child who has never heard about him is a much more terrifying monster than he is. The maddest griffin and chimera is not so wild a supposition as a school without fairy tales… Fairy tales are the oldest and gravest and most universal kind of human literature. (...) Exactly what the fairy-tale does is this: it accustoms him by a series of clear pictures to the idea that these limitless terrors have a limit, that these shapeless enemies have enemies, that these infinite enemies of man have enemies in the knights of God, that there is something in the universe more mystical than darkness, and stronger than strong fear...fairy tales restored my mental health.”
—G.K. Chesterton

The reader is presented with evil in a charismatic format, which embodies temptation and ill-discipline and it’s the tussle on the front line of discipline which prepares the reader to deal with the enemy inside.

Post-script: The good news is that evil doesn’t exist, when you and I cease to exist. It’s a figment, similar to Hook in his pirate boat. It doesn’t exist in the universe or unconscious or the great beyond. It’s the product of human agency.

The centre of every man’s existence is a dream. Death, disease, insanity, are merely material accidents, like a toothache or a twisted ankle. That these brutal forces always besiege and often capture the citadel does not prove that they are the citadel.
—G.K. Chesterton, Twelve Types

What you dream is more likely to be reality, than reality which is just a passing bad dream.

But it is boring and tiring dealing with the war inside. We are temporary, our dreams once fictionalised last forever. I am bad, therefore I write.

Thank God for fiction, as C.S. Lewis might have said.

Let’s deal with the villain with a sword, my bullies!

Have at you, loathsome varmint!