Tasha Suri is the award-winning author of The Books of Ambha duology (Empire of Sand and Realm of Ash) and the epic fantasy The Jasmine Throne. She has won the Best Newcomer Award from the British Fantasy Society (2019) and has been nominated for the Astounding Award and Locus Award for Best First Novel.

When TIME asked leading fantasy authors—George RR Martin, Neil Gaiman, Tomi Adeyemi, NK Jemisin and Sabaa Tahir to compile a list of the 100 most fascinating fantasy books of all time, dating back to the 9th century, they chose Tasha Suri's Empire of Sand to be on their list.

Writing Fantasy or Young Adult? Tasha's the author tutor for you.

Tasha's genre is epic fantasy; set in a secondary universe where big, world-changing events take place. Tasha creates her magical worlds from the physical reminders of India’s past. Her books also have a large element of romance. She likes to focus on the lives of women: their experiences, the relationships they build, and the people they fall in love with. Her beautifully written and absorbing debut, Empire of Sand, won rave reviews from fellow fantasy authors such as S.A. Chakraborty and R.F. Kuang, and its Mughal India-inspired setting gratified fans hungry for non-Eurocentric fantasy. Her latest novel The Jasmine Throne (2021) begins the powerful Burning Kingdoms trilogy, in which two women – a long-imprisoned princess and a maidservant in possession of forbidden magic – come together to rewrite the fate of an empire. Tasha studied English and Creative Writing at Warwick University. When she isn’t writing, Tasha likes to indulge her passion for reading about South Asian history. She is an occasional librarian and cat owner and lives with her family in a mildly haunted house in London. If you're writing a big, bold magical story or a series, you'll find Tasha an amazing tutor.

“I love how escapist fantasy fiction is, and also how it gives us ways to explore real world concerns about power, choice, love, good and evil—through a new lens.” 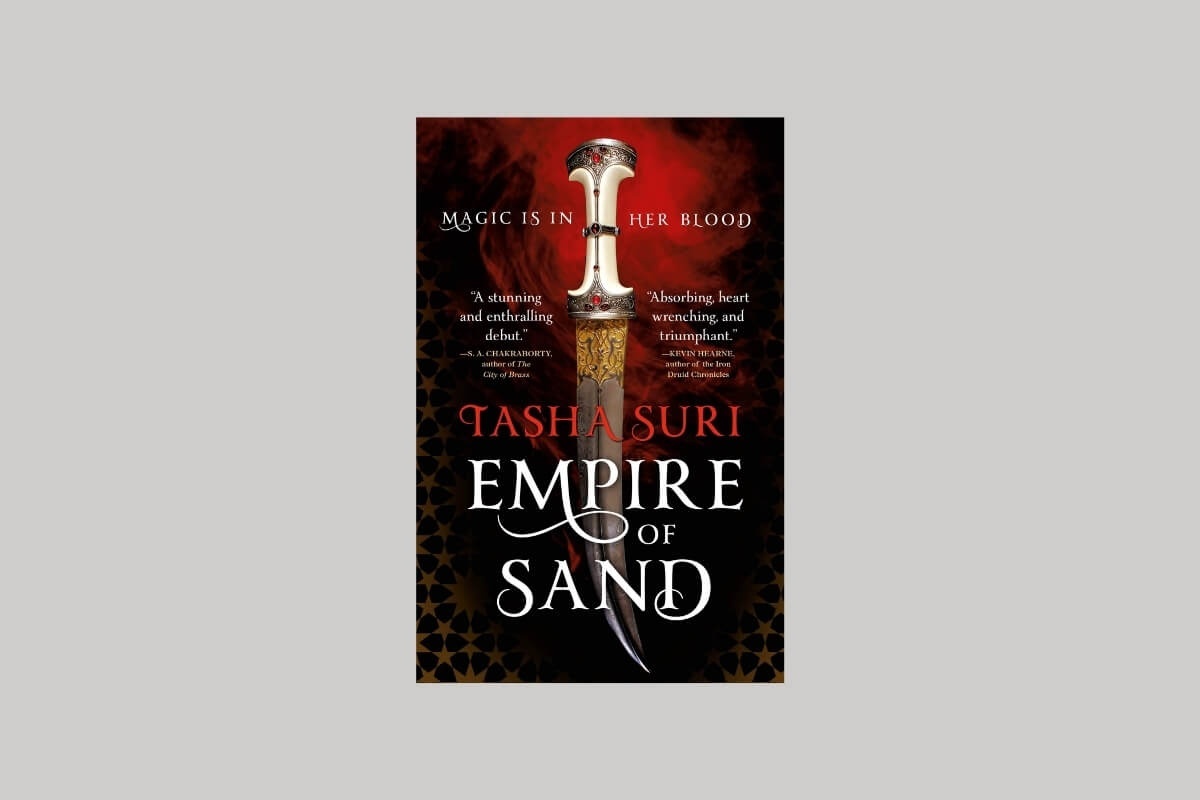 A nobleman's daughter with magic in her blood. An empire built on the dreams of enslaved gods.

Mehr is a girl trapped between two cultures. Her father comes from the ruling classes of the empire, but her mother's people were outcasts, Amrithi nomads who worshipped the spirits of the sands.

Caught one night performing these forbidden rites, Mehr is brought to the attention of the Emperor's most feared mystics, who try to force her into their service by way of an arranged marriage. If she fails in their bidding, the gods themselves may awaken and seek vengeance... 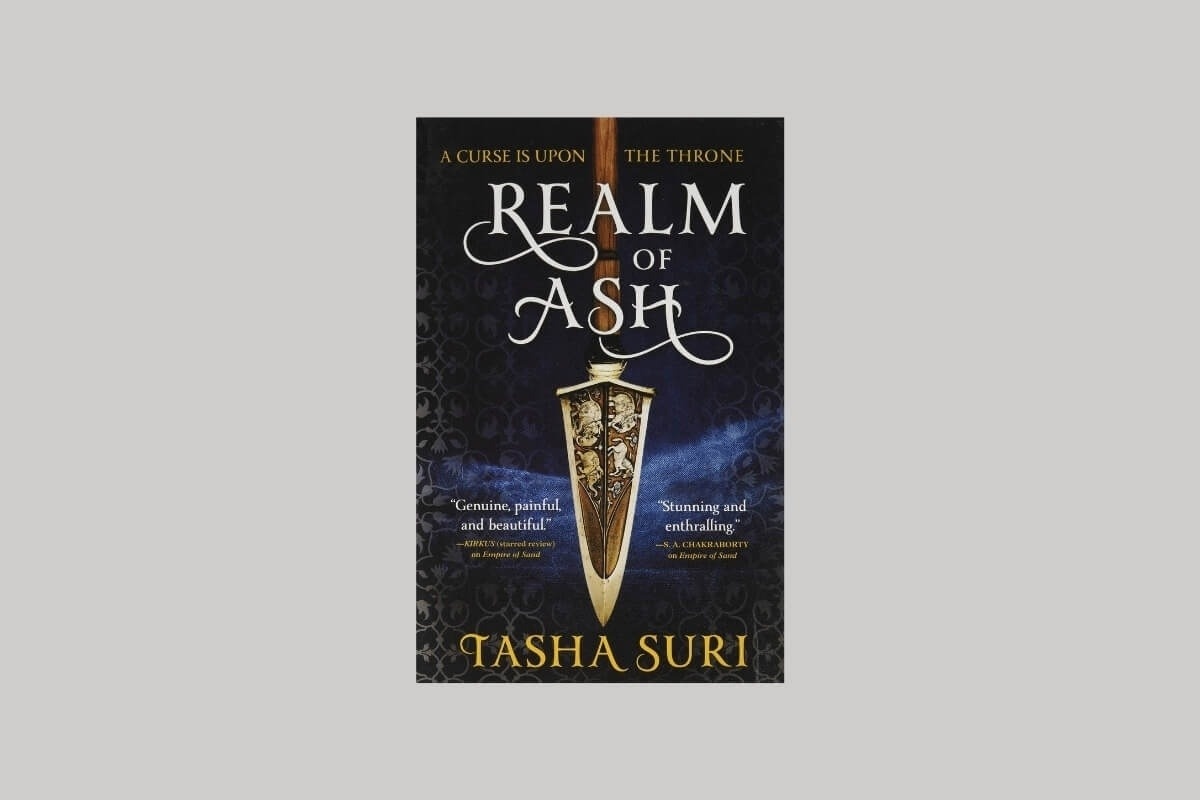 Some believe the Ambhan Empire is cursed. Arwa knows it's true. Widowed by the infamous, unnatural massacre at Darez Fort, Arwa was saved only by the strangeness of her blood that she had been taught all her life to suppress. She makes common cause with a disgraced, illegitimate prince who has turned to forbidden occult arts to find a cure to the darkness hanging over the Empire. Using the power in Arwa's blood, they seek answers in the realm of ash: a land where mortals can seek the ghostly echoes of their ancestors' dreams. To save the Empire, Arwa and the prince must walk the bloody path of their shared past, through the realm of ash and into the desert, where the cause of the Empire's suffering-and its only chance of salvation - lie in wait. But what they find there calls into question everything they've ever valued. 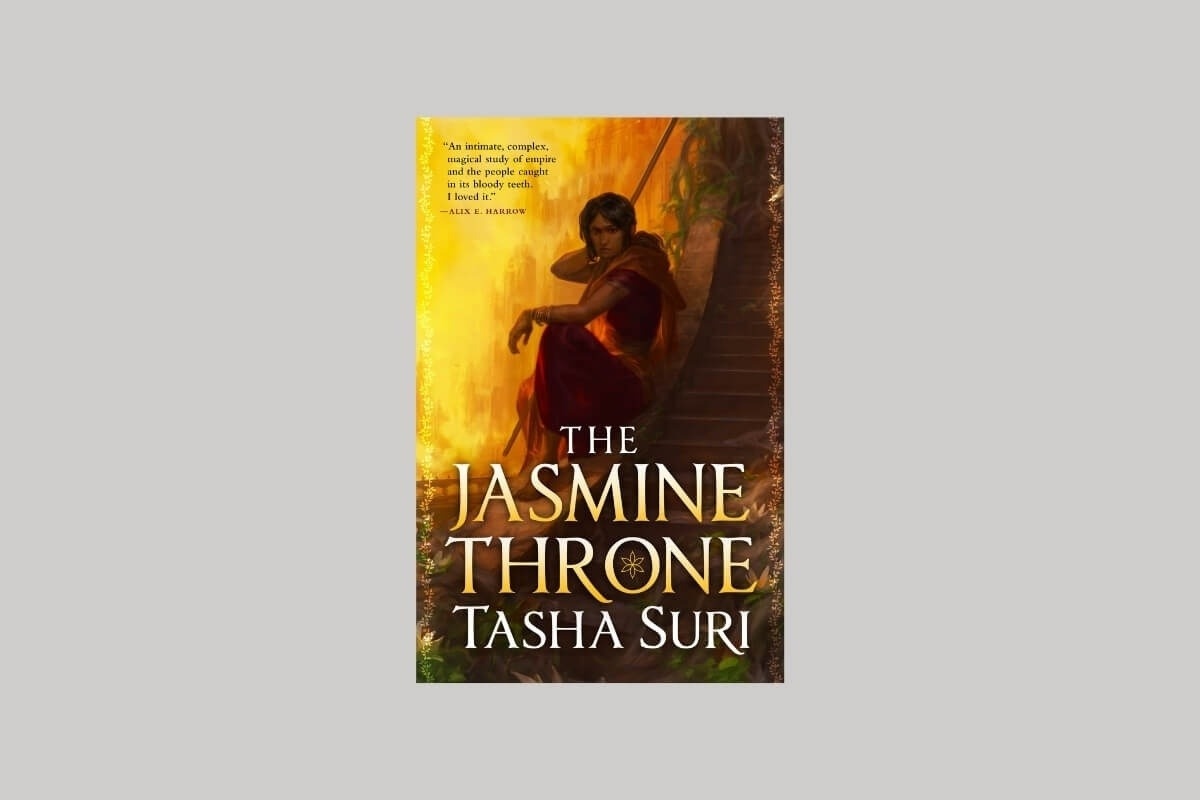 One is a vengeful princess seeking to depose her brother from his throne. The other is a priestess searching for her family. Together, they will change the fate of an empire.

Imprisoned by her dictator brother, Malini spends her days in isolation in the Hirana: an ancient temple that was once the source of powerful magic - but is now little more than a decaying ruin.

Priya is a maidservant, one of several who make the treacherous journey to the top of the Hirana every night to attend Malini's chambers. She is happy to be an anonymous drudge, as long as it keeps anyone from guessing the dangerous secret she hides. But when Malini accidentally bears witness to Priya's true nature, their destinies become irrevocably tangled . . . 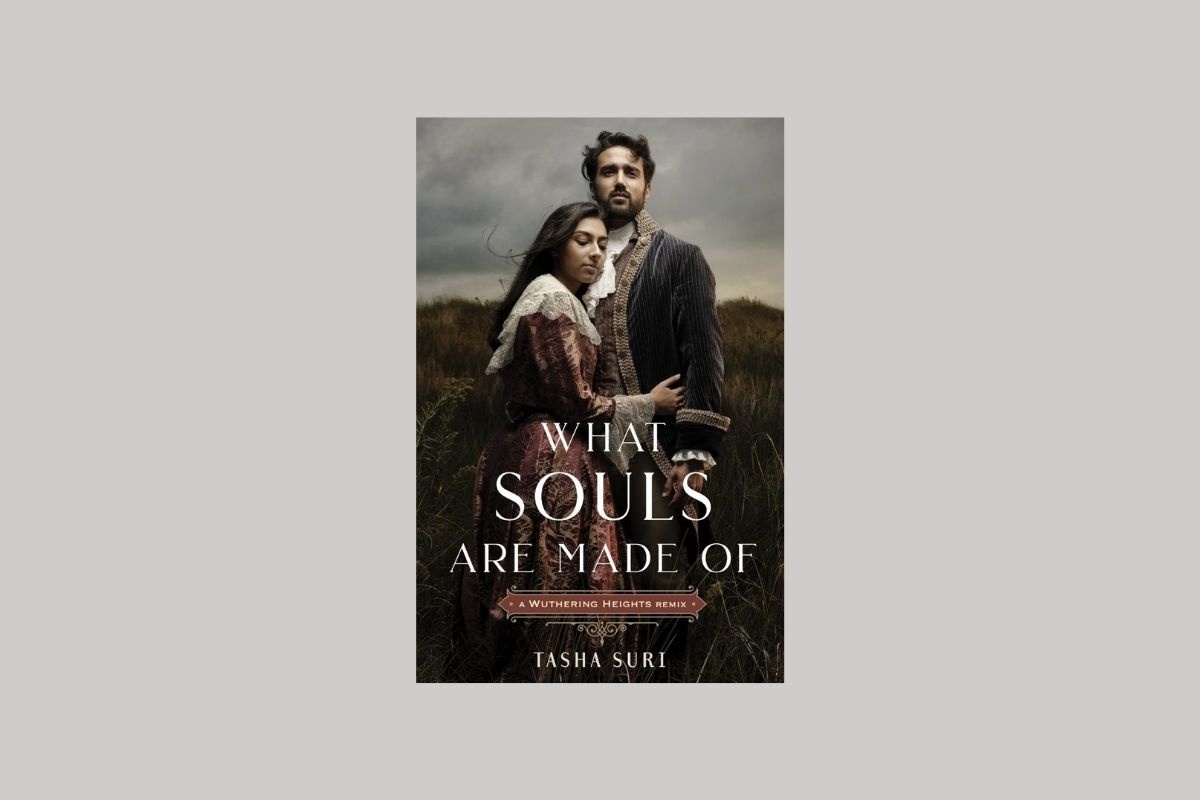 What Souls Are Made Of

A new YA Fiction take on the Gothic masterpiece by Charlotte Brontë.

As the abandoned son of a Lascar—a sailor from India—Heathcliff has spent most of his young life maligned as an “outsider.” Now he’s been flung into an alien life in the Yorkshire moors, where he clings to his birth father’s language even though it makes the children of the house call him an animal, and the maids claim he speaks gibberish.

Catherine is the younger child of the estate’s owner, a daughter with light skin and brown curls and a mother that nobody talks about. As they occasionally flee into the moors to escape judgment and share the half-remembered language of their unknown kin, Catherine and Heathcliff come to find solace in each other. Deep down in their souls, they can feel they are the same.

But when Catherine’s father dies and the household’s treatment of Heathcliff only grows more cruel, their relationship becomes strained and threatens to unravel. For how can they ever be together, when loving each other is as good as throwing themselves into poverty and death?

We accept all international currencies at today's rates via a Secure Platform including most cards including Visa, Mastercard, American Express, and PayPal.

Come and meet us!