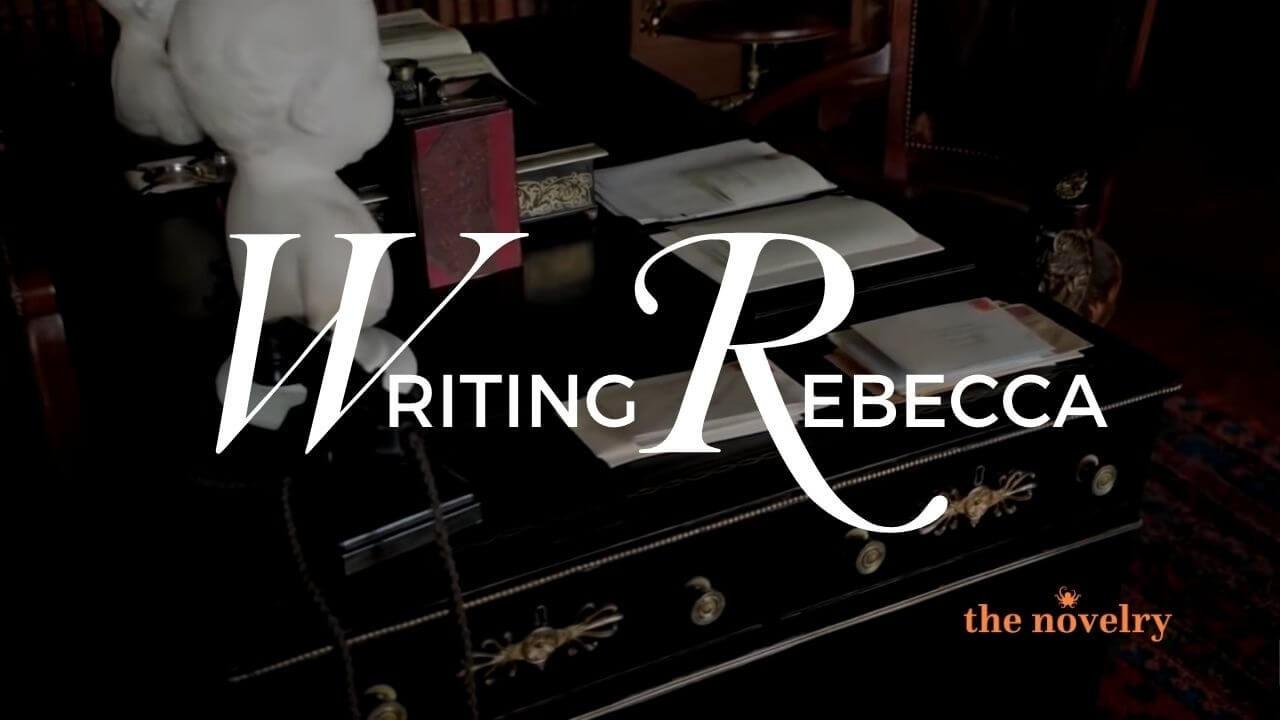 A page-turner like the novel Rebecca doesn't happen by accident.

Obsessed with Rebecca? So are we. What did Daphne Du Maurier have that we don't? In this post, we'll take a look.

A handful of writers have a gift to be able draw upon story structure intuitively. (Very few.) Some writers happen upon a number of the elements of a page-turning story by accident in their first novel, almost unwittingly it seems. But it's likely they've been turning the first story around in their heads for many years.

Most writers work using multiple revisions to structure and re-structure to include make their story gripping for readers, after the first draft. The virtuous shape of a novel emerges in the later drafts. (We have a few shortcuts up our sleeve to raise the work between drafts with our Novel Development plan.) Here's how the novel Rebecca happened.

At the age of 30, Daphne du Maurier had already published four novels and two biographies. She published Jamaica Inn in 1936 so by 1937,  when she signed a new three-book deal with Victor Gollancz and accepted an advance of £1,000, she had some experience and was able to fast track her process to produce Rebecca as a manuscript for publication in just two drafts. I'm going to show you what she did. It's rather similar to the method we teach graduates of our Ninety Day Novel course in our Big Edit course, prior to pitching your work to our literary agency partners.

Living in rented quarters with her husband in Egypt, du Maurier was homesick for Cornwall and determined to set her novel there. She brought to mind the houses she'd visited with her friends the Quiller-Couches:

And surely the Quiller-Couches had told me that the owner had been married first to a very beautiful wife, whom he had divorced, and had married again a much younger woman?

I wondered if she had been jealous of the first wife, as I would have been jealous if my Tommy had been married before he married me. He had been engaged once, that I knew, and the engagement had been broken off – perhaps she would have been better at dinners and cocktail parties than I could ever be. Seeds began to drop. A beautiful home … a first wife … jealousy … a wreck, perhaps at sea, near to the house, as there had been at Pridmouth once near Menabilly. But something terrible would have to happen, I did not know what … I paced up and down the living room in Alexandria, notebook in hand, nibbling first my nails and then my pencil.

As she wrote in her notebook:

‘very roughly the book will be about the influence of a first wife on a second . . . she is dead before the book opens. Little by little I want to build up the character of the first in the mind of the second . . . until wife 2 is haunted day and night . . . a tragedy is looming very close and crash! bang! something happens . . . it’s not a ghost story.’

She started "sluggishly" and wrote a desperate apology to Gollancz: "The first 15,000 words I tore up in disgust and this literary miscarriage has cast me down rather."

Why did I never give the heroine a Christian name? The answer to the last question is simple: I could not think of one, and it became a challenge in technique, the easier because I was writing in the first person.

Gollancz expected her manuscript on their return to Britain in December but she wrote that she was "ashamed to tell you that progress is slow on the new novel...There is little likelihood of my bringing back a finished manuscript in December."

By the time she and Tommy sailed for home in mid-December, she had completed only a quarter of the novel and wrote to her mother just before leaving that ‘I haven’t been able to get going properly over here’.

On returning to Britain, du Maurier decided to spend Christmas away from her family to write the book in Cornwall. She needed to have a set routine before she could enjoy the peace of mind she needed to write.

In an interview with the Daily Express in 1938, she gave an overview of her working practice.

What does she read? Nothing very contemporary: the Brontë sisters, Anthony Trollope, and the poems of William Somerville. Her working day? From 10:00 am to 1:00 pm, then from 3:00 pm to 5:00 pm, every day except Sunday.

By the beginning of March she was writing at a tremendous pace and enjoying herself, though she was a little unsure of what she was producing. ‘It’s a bit on the gloomy side . . .’, she wrote to Victor Gollancz, ‘and the psychological side may not be understood.’

She described the plot as "a sinister tale about a woman who marries a widower... Psychological and rather macabre."

By April she had finished it and sent it to Victor – ‘here is the book . . . I’ve tried to get an atmosphere of suspense . . . the ending is a bit brief and a bit grim.’ It was, she warned, certainly too grim ‘to be a winner’.

I wondered if my publisher, Victor Gollancz, would think it stupid, overdone.

It was a great success.

Daphne never saw it as a romance, but a study of jealousy, and was irked that is was considered a love story. (Most of the critics stressed that Rebecca was ‘unashamed melodrama’ and harped on its ‘obvious popular appeal’. The Times commented that the ‘material is of the humblest . . . nothing in this is beyond the novelette’, and yet admitted there was ‘an atmosphere of terror which . . . makes it easy to overlook . . . the weaknesses’. The Sunday Times rated Rebecca ‘a grand story’ and  ‘romance in the grand tradition’.)

Du Maurier gave the original notebook for writing the novel to her friends the Doubledays in New York where it was used to defend a plagiarism case, and many years later it was returned to her by their daughter, so we're able to see the plan for the first draft and compare it to the final manuscript.

Daphne Du Maurier gave herself the following instructions in that notebook:

She then outlined in paragraphs 26 chapters (the final novel has 27). The order of events is different, and the ending is not the same.

We can see that she imposed a structure on the contents after outlining the story.

Du Maurier rejigged the narrative effect for a crescendo effect towards midpoint doubling down on the falsehood that Rebecca was the 'right woman' for Maxim, ordering the events we sometimes describe in our novel writing course at The Novelry as 'Nabokov's Rocks' to be thrown at the narrator by emotional size. The ball - which is the end of the child-woman and falls at midpoint at Chapter 16 in the finished manuscript - is at Chapter 8 in her notes, and the events leading up to it don't build tension in the same way.

By forceful reconstruction, du Maurier moved the downfall, the scene in which the child-woman mimics the 'right woman' to midpoint.

In the draft outline, there is a melancholy and depressive lull in the saggy middle of the plot where disgraced, alone, her husband (Henry in the draft outline) goes to London and the narrator finds life 'rather monotonous'. After this the truth about Rebecca's demise emerges without great incident when they are interrupted sitting quietly in the library together in Chapter 14. (The revelation doesn't emerge until past two-thirds of the storyline in the finished version.)

So a narrative structure a bit like a two-pole marquee with a flat roof is replaced with a wigwam, a single midpoint pole in the final manuscript.

Think about the midpoint as taking us from darkness or death into light or life, from confusion to comprehension towards clarity at the end of the story. That moment described as everything falling into place in a way that seems no other ending was possible.

In the notes for the first draft, Mrs Danvers barely has a mention. The last 10 chapters and the bulk of the outline are concerned with the evidence for the murder emerging and dwell at length on how unlikely it was that Rebecca would have taken her own life. The further revelation of the doctor attesting to the fact Rebecca didn't have much time to live (a contrivance to slightly excuse 'Henry's' murder of his first wife) is detailed at length. The ending is limp. After they discover she was ill anyway, they head back home to Manderley. Du Maurier makes a note:

'Perhaps Rebecca will have the last word yet.'

The ending implies they are run off the road.

By referring back to her five instructions, and revising her narrative structure, du Maurier lifted her novel from an exercise in prose to a classic story, and the rest is history.

Writers, don't be shy of reconstructing your novel, by reviewing the shape of the story.

In terms of the narrative prose technique, when adapting the novel for the screen, Daphne was struck by how difficult it was to keep both atmosphere and suspense without having the heroine’s interior monologues and without being able to describe the landscape. This is why first person is so commonly used in novels which rely on suspense. It's doubt which gives depth to suspense-driven fiction.

The novel is an art form that goes beyond the plot in which prose serves story as ruthlessly as sinister housekeeper Mrs Danvers served Rebecca.

If you'd like to write ruthlessly, make sure you join The Novelry. Start today!