As you write that last chapter, the temptation is very strong to share some of it. That's when you need a good friend, or better a bad one, or far, far better a fellow writer to tell you -

Finishing a novel is an emotional moment. Cue Chariots of Fire music.

"Finishing a book is just like you took a child out in the back yard and shot it." Truman Capote.

"After writing a story I was always empty and both sad and happy, as though I had made love, and I was sure this was a very good story although I would not know truly how good until I read it over the next day." Ernest Hemingway.

Oh, the joy of the morning walk before you head to the desk to write that ending! You can see the shining faces of those characters of yours, mouths pursed, their eyes semi-glazed, ready to spill the beans on whodunnit...

Then, when you've done gone and done the who done what, you sit back, shed a little tear and think; right, continuity edit, then I have to let this baby sit for a bit.

The continuity edit is the part where you go back through from beginning to end tying up the loose ends to look like you meant it to end the way it did. (Dates, times, locations, consistency of voices in dialogue - speak them sentences out loud, check the leitmotifs, double-check for immersive detail and notes of dissonance in prose i.e reality bites, and the fall or turn at the end of each chapter.)

If you wrote chronologically and sequentially, you'll be in better shape for this, but even so a few twists and turns at the ending will have taken you by surprise.

This is where I start to persuade myself the author and the reader too that I'm capable of a complex plot. Of course, I'm not. No more than you or anyone is at the get-go.

But over the course of ninety days or more and eighty thousand words a lot has happened and the continuity edit just checks everyone is in the right place at the right time on the right day holding the right props or kissing the right person and so on.

My plot pleases me. That surprises me too given that in September I went off half-cock, with one miserable idea, a sense of humour and strong coffee.

Don't take those things for granted. It takes a lot of work to get your coffee dosage right, and your humour restored after too much real life. One miserable weak idea is always better than none, but even the most pathetic flimsy idea can be a long time coming. You've got to feel it, after all.

I orientate my writing around the equinoxes without even really considering it. The autumn is a great time for writing as the shortening hours of daylight seem to screw your swivel chair to the floor and give a sense of productive urgency. (Quick before the light fades!) I have long had in mind that the 21st September to 21st December shift would be mine.

Once we hit midwinter on 21st this month, I should have completed that continuity edit and will be enjoying the rising trot ride to longer hours daily to expand the work to a readers' draft ( what I call 'the beauty edit').

The energy at the turn of midwinter is one to be harnessed.

So what happened in this write? Here are a few things no decent author would willingly confess.

I retained just one thing and clung to it in all the revisions, and that was a visual, a scene of which I fairly faithfully retained the key elements. Man, I love that scene. I guess you have to. (And there was one tune, and one dog with me all the way.)

Everything else was a moveable feast. Which is pretty much why I write.

None of the above could happen without having my humour back or coffee.

Writing in good company has been one hell of a perk. Thank you, all my dear writers at The Novelry.

Congratulations to our Rashmi Sirdeshpande who has just signed a two-book deal with Penguin Random House Children's imprint Puffin Books.

Rashmi's first title, How to Be Extraordinary, will be released in August next year.

Editorial director Anna Barnes Robinson said:  “She’s bursting with brilliant ideas and is a truly versatile talent ... with a sparkling humour and voice that will appeal to children everywhere.”

Rashmi is a graduate of both of The Ninety Day Novel course and the Classic course and a much-loved member of The Novelry. We're thrilled to bits for her! 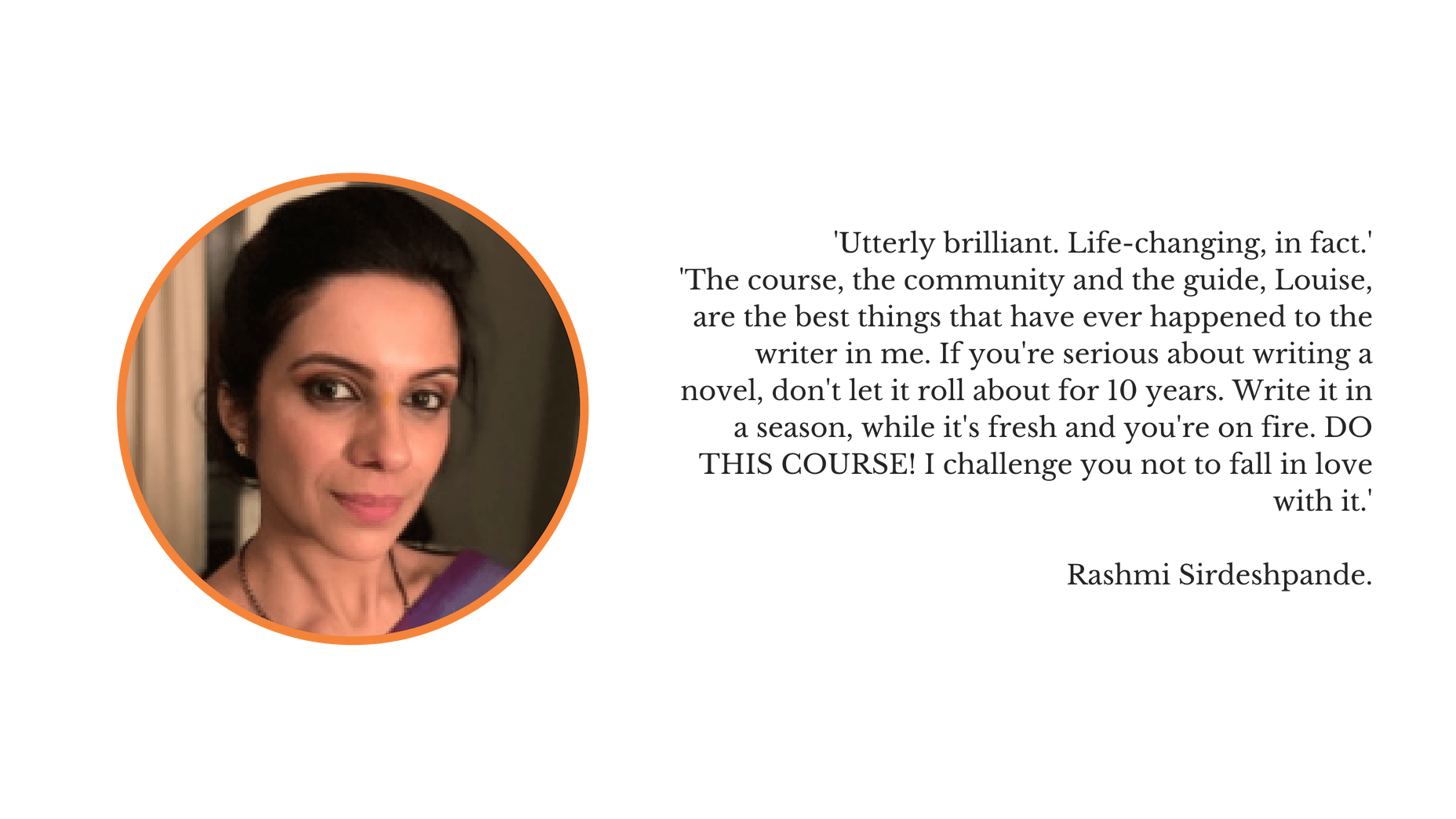