How to Write a Fantasy Novel. 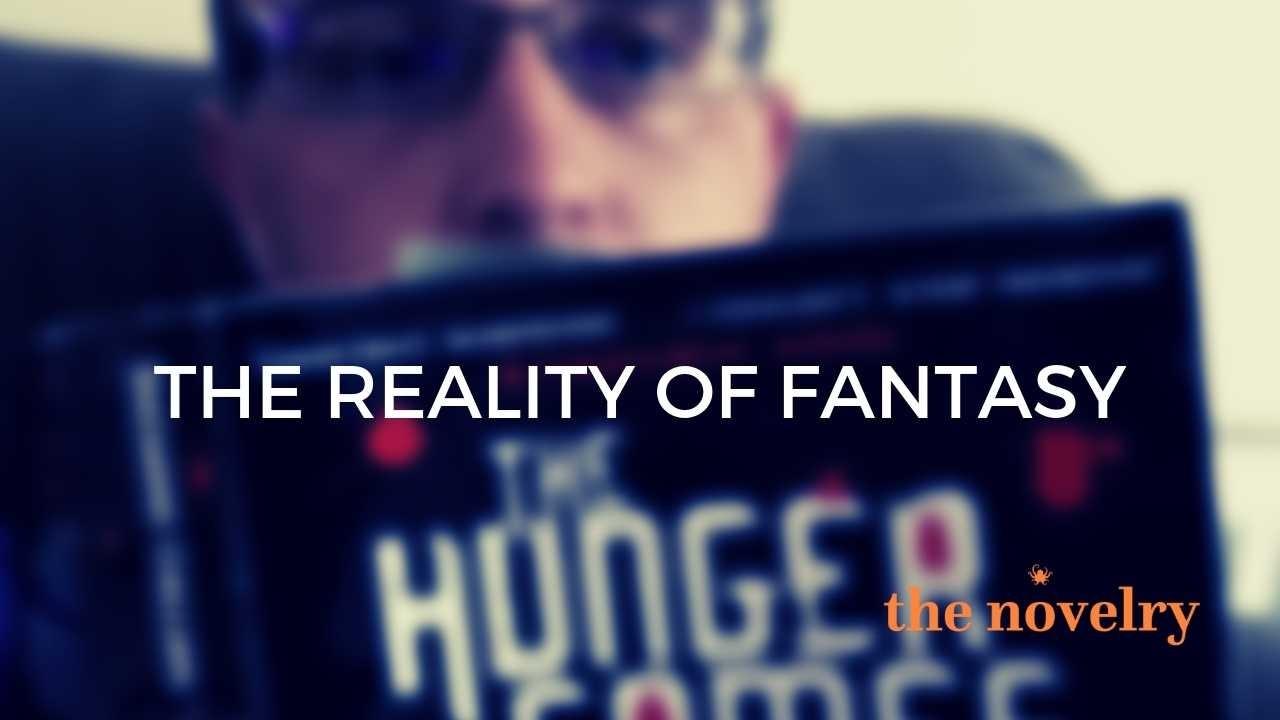 Adam Langley spent his youth reading books such as the Animorphs series by K.A. Applegate and wondering why so many people wanted to go to Hogwarts when they had the Xavier School for Gifted Youngsters as an option. Adam has been published on several websites including SyFyWire and Jay and Miles X-Plain the X-Men.

He has attempted to write a fantasy novel five times. Then he found The Novelry and his fantasy became a reality. He took The Classic Course, one of our novel writing courses, and wrote his novel using The Ninety Day Novel course.

The Blue Disks of Michaelmas is his first finished novel. It's 89,950 words long.

Here's Adam on the reality of writing his fantasy novel with a day job.

I think all writers, especially writers of science fiction and fantasy, like to plan. We like our extended universes. We like giving our characters more room to move and grow and do stuff that is interesting. The problem arises when we spend more time building a world than we do writing. Which is fine, if you know for a fact that the publisher wants at least seven books out of you and that a great number of people will want be interested in the backstories and lore that you have created. But if, like me, you have never had a single work of fiction published then you run the risk of hobbling your novel.

Before I had even begun my first draft, I knew how my story would end. Not just the novel, mind you: the whole story. I had a  series of books planned out in my head - a world in which readers could immerse themselves. An epic saga! In order to create a world that could sustain my incredible tale, I planned. I planned and planned and planned. I filled a Moleskine notebook and a half with the history of the Hopeless Agency alone, just one element of my world, a group of treasure hunters and adventurers who turn my protagonist’s plans upside down. I filled more pages with everything from mind maps on mystical objects to my character’s Spotify playlists. I spent an insane amount of time deciding whether my world was at a point where downloading music was a thing. I was in pretty deep. I would probably still be there if not for the gentle prodding of the Ninety Day Novel course.

When finally, I did start writing, I found that the huge amount of lore I had created was more a hindrance than a help. I couldn't focus on the story in front of me; I was always looking ahead to the next book or beyond to the mound of notes I had cultivated, piling exposition on exposition, thinking that I was creating an intricate and detailed world when in reality I was probably writing the most boring Young Adult Novel in the history of humankind.

When I managed to finish my novel in ninety days (after a few false starts here and there), rather than feel proud or happy, I felt a little bit relieved it was over.

I learnt that the trick is to keep your eyes firmly on your basic premise. For example, mine is that in a parallel world, a young and self-centred clairvoyant tries to flee her doomed hometown but is drawn into an attempt to save it by a dysfunctional group of treasure hunters. Rather than write that story, I chose instead to write the story of everything around it. The result was a well-realised universe, but a rather weak narrative.  What I should have done was to build the world around the premise, much like Suzanne Collins does in the Hunger Games.

The Hunger Games by Suzanne Collins is considered a masterclass in world-building, and it's easy to see why. Rather than having long, painstaking descriptions of the world of Panem and how it works, we receive information in small, manageable chunks and only when it is relevant to the protagonist, Katniss Everdeen.

Katniss’ world grows as she moves through it. In the beginning of the novel, we know of District Twelve and a basic history of Panem because we are given to believe that is all she really knows. As she leaves her home and is drawn into the Capital and the Arena itself, we find out more through a combination of Katniss’ knowledge and new information that is shared with the reader as it is shared with her.

Thus, we find out about the world in manageable segments which don't slow the story. Further, we keep learning more about Katniss as a survivor and we are focussed on what's keeping her alive and her sister and mother fed. As we get a better feel for the character, we also get a better feel for the world of the story. The two are intrinsically linked.

With this approach to world-building in mind, I have begun planning my second draft. The redemption of my protagonist, Jamie, is now at the front and centre of my narrative; the world will grow as she does. I will be a lot more sparing with what I use and will only do so when the information is relevant to Jamie and her journey. Hopefully, this will end with a second draft that is a lot tighter, a lot more evenly paced, and a hell of a lot more interesting than a draft where entire chapters are devoted to the history of a place or a person.

When it comes to world-building, sometimes less is more. We are all fans of franchises that have huge worlds to play around in, but unless you take that first step of telling a story and keeping the background relatively simple, you will never get the chance to use any of the notes you have so carefully accumulated.

A world should grow with its protagonist, so keep things relevant to their point of view; it feels more organic than pages and pages of exposition.

Start writing your fantasy novel today with the Classic course at The Novelry.