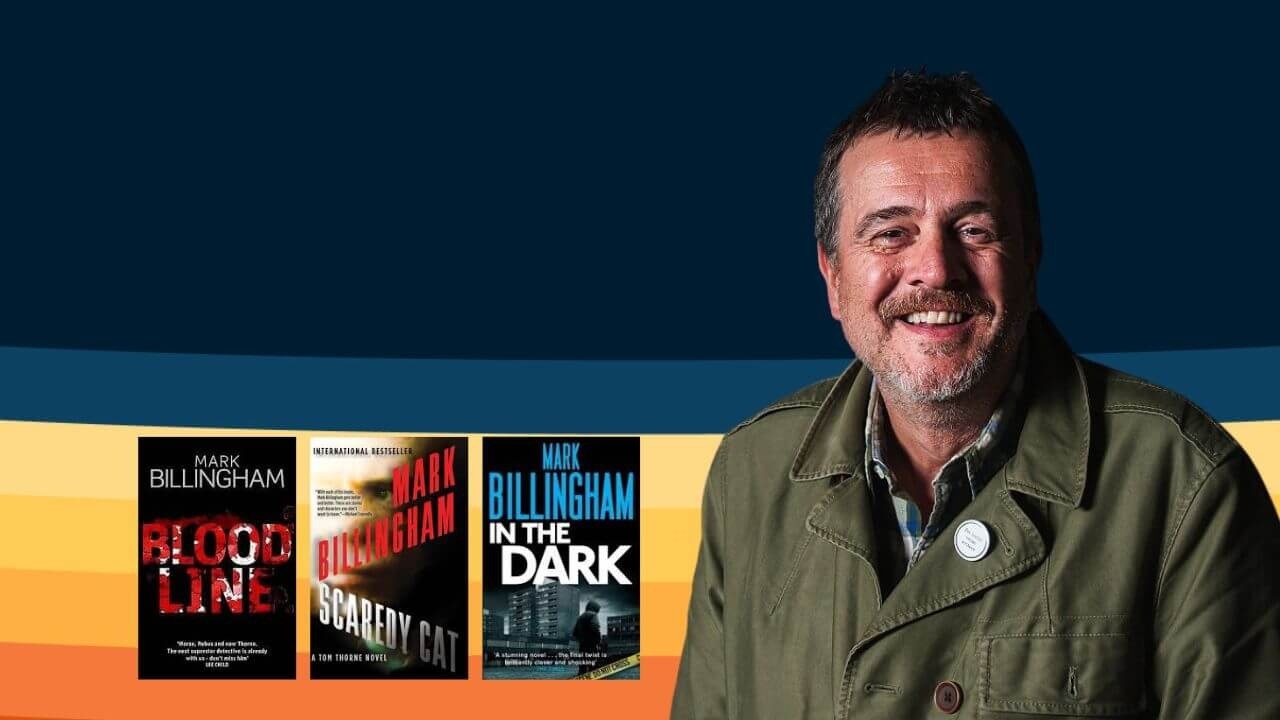 If anyone knows about writing crime fiction, it’s Mark Billingham. One of the UK’s most acclaimed and popular crime novelists,  Mark’s series featuring DI Tom Thorne has twice won the Crime Novel of the Year Award and his debut novel, Sleepyhead, was chosen by the Sunday Times as one of the 100 books that shaped the decade.

A television series based on the Thorne novels starred David Morrissey as Tom Thorne and a series based on In The Dark and Time Of Death was broadcast on the BBC in 2017. His latest novel is Their Little Secret.

(Some more serious than others.)

I know this sounds blindingly obvious, but I’m constantly amazed by the number of people I meet who tell me they are writing something, then stare at me blankly when I ask them what kind of stuff they enjoy reading.

Every writer I respect is a reader first and foremost. To try and write without reading widely is simply nonsensical. It’s like wanting to be a chef without eating food.

2. Write the kind of crime fiction book you would like to read

Another obvious one, but it’s worth stressing.

You’re on a hiding to nothing if you try and look for a gap in the market when you start writing crime fiction.

Granted, maybe there isn’t a bestselling series out there about a blind veterinary surgeon in fourteenth-century London who solves critter-related crimes with the help of a tame leopard. There’s probably a very good reason why not and, trust me, you shouldn’t be the one to try and fill that gap. Not unless that’s exactly the book you’ve been waiting your whole life to read and, if that’s the case, there is almost certainly counselling available.

3. Know what the rules are before completely ignoring them.

From Ronald Knox (‘No Twin brothers, and doubles generally, must not appear unless we have been duly prepared for them’) through GK Chesterton (‘The criminal must be in the foreground’) to Elmore Leonard (‘Never open a book with weather’) many people have attempted to lay down rules for writing crime fiction and mystery.

Some have not aged well and now appear ridiculous. Others were never intended to be taken seriously in the first place. They’re certainly worth looking at though, if only for a good laugh.

And in fact, many of the great Elmore Leonard’s rules for writing crime fiction should be pinned above the desk of every writer, especially: ‘Try to leave out the part that readers tend to skip.’

Of course, the only rules that matter are the ones you lay down for yourself, and these tend to be determined by your tastes as a reader. (SEE TIP 1)


4. The key to creating suspense when writing crime fiction is character

When you’re writing crime fiction, remember the reader knows what they are in for.

Yes, there may be redemption and resolution of a sort, but there will also be suffering and pain, grief and dreadful loss. The reader knows it’s coming, but not when or to whom. The tension is real and terrible because they care.

So, by all means, throw in a cliff-hanger now and again, and time those ‘reveals’ to perfection to give your reader a punchline they will remember. But give your readers characters they genuinely care about, that have the power to move them, and you will have suspense from page one.

The ‘twist’ is, of course, a vital weapon in the mystery writer’s armoury; a button that a writer has to push every so often.

But it can be overdone. There are writers who try and throw as many curveballs at the reader as possible. To twist and twist again.

While I admire the craft, I do think it can sometimes work against the creation of genuine suspense. Put simply, I find it hard to engage with any book that is no more than a demonstration of technique.

6. Go easy on the research before writing crime fiction

Obviously, there will be stuff you need to know about. But then there will inevitably be the temptation to crowbar in everything you’ve found out at the expense of the story.

Why not be counter-intuitive and do your research afterwards? That way you only find out the things you really need to know and avoid falling into the trap of showing off.

You’re writing crime fiction, not a documentary. Don’t worry about annoying the handful of readers who might actually know this stuff in detail and take great pleasure in letting you know where you went wrong.

We all get the occasional ‘I hope you don’t mind me pointing out…’ letter, and they’re fun to read out at events. Truth is not always the same as fact… Especially these days.

7. Make your location a character

It’s what Michael Connelly does with LA or Ian Rankin does with Edinburgh. It’s what the greats have always done.

The way your central character interacts with the city or (God forbid) the countryside around them is hugely important.

8. Don’t use victims as plot devices

The best crime writers have always written about what violence does to people; how a murder impacts those left behind.

It’s not just about a cat-and-mouse game between detective and killer. It’s hard to keep us hooked if you have a conveyor belt of endless victims who we never really engage with, just thrown in to move the story along.

I know that whenever Raymond Chandler was unsure where his story was going, he would just have someone walk into a room with a gun, but simply tossing another body into the mix is really not the same thing.

The odd angry letter (SEE TIP 6) can be fun, but some readers can get very worked up if a fictional character swears or a fictional dog/cat/pot-bellied pig gets hurt.

These are people who like reading crime fiction, who don’t appear to have any problem with murder, rape, child abuse etc, so go figure. And remember, you can do any damn thing you like to human beings, as long as nobody curses while it’s happening.

Of course, you might be the type who likes to annoy certain people, so how’s this for an opening? He held the gun to the cat’s head and grinned. “How the fuck do you like THAT, Mr Tibbles?”

Along with every other crime fiction writer I’ve mentioned, luck has played its part in my career. A manuscript crossing the desk of some agent or editor at just the right time. Yes, hard work is important and it helps if you can at least string a sentence together, but the publishing business is a fickle one, so you will certainly need your share of good luck. And if it comes along, grab it…

Enjoy two crime fiction writing masterclasses with Mark Billingham in our Catch Up TV area when you sign up for the coaching, classes and community with an online creative writing course at The Novelry. 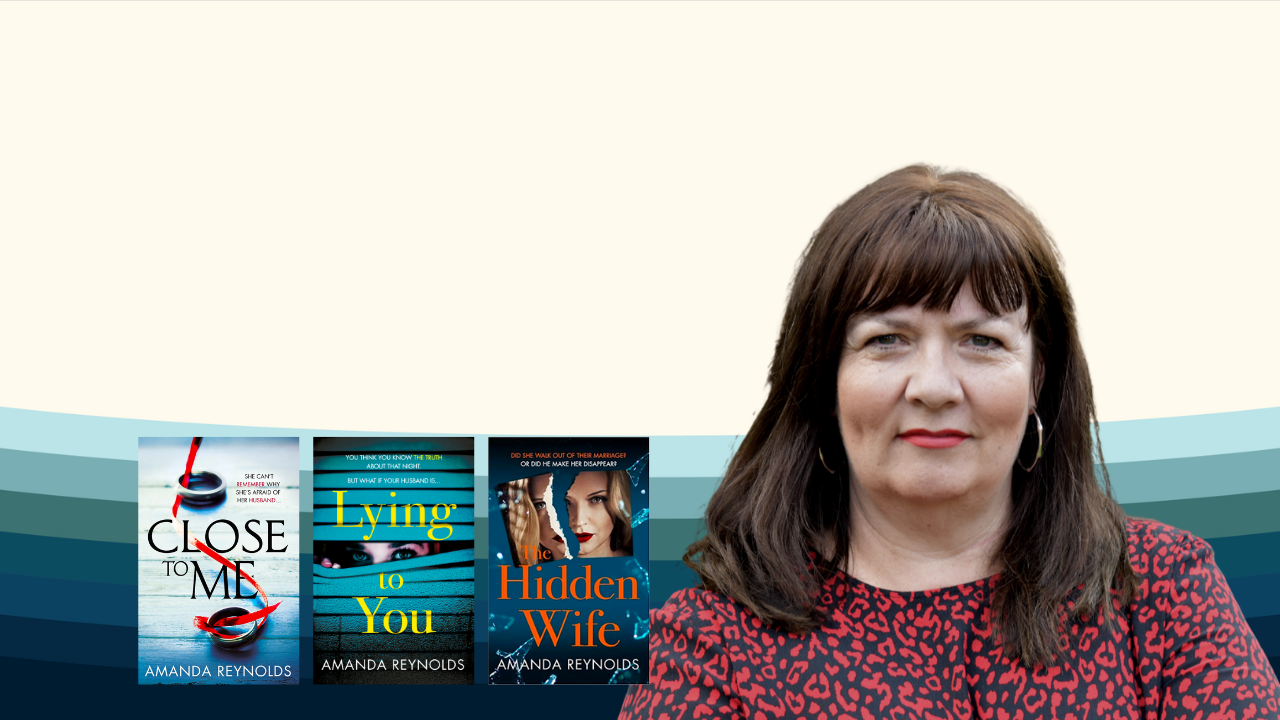 Amanda Reynolds on First Publishing in Her Fifties 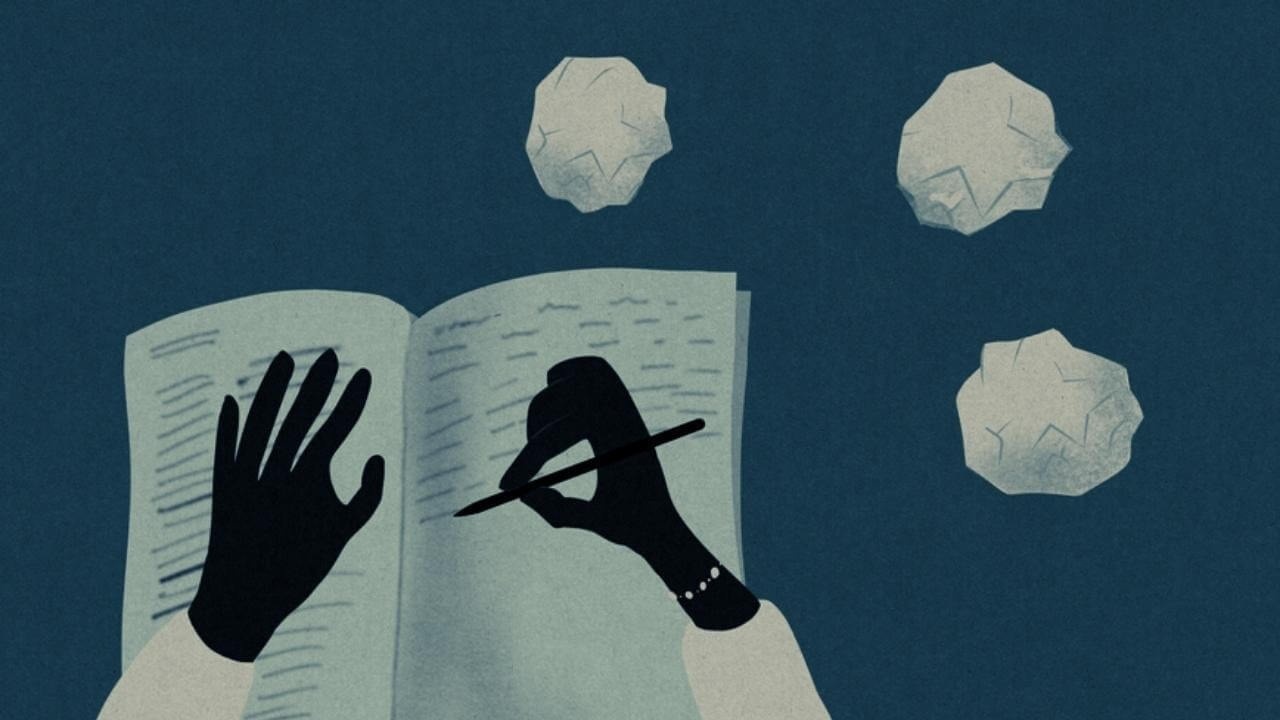 How to Start a Story 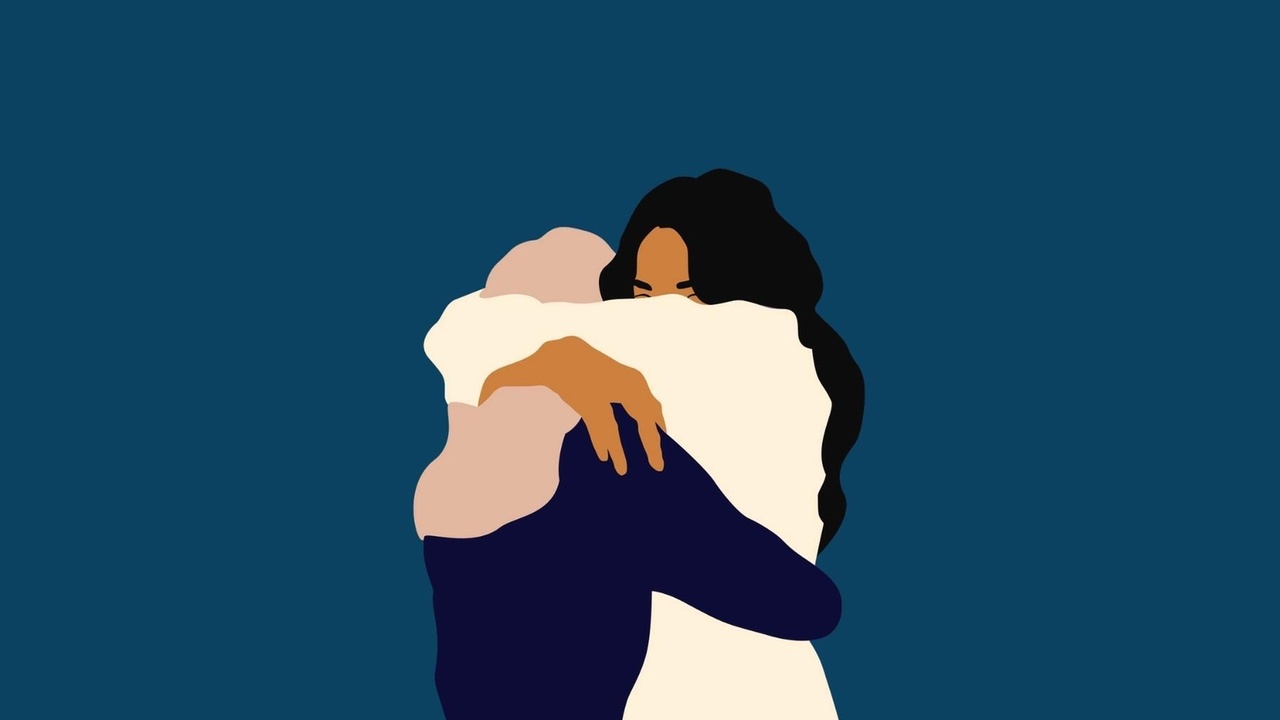 How to Write a Love Story: 5 Top Tips (For Every Genre!)