Fiction is not mathematics. Yet, when we work at a draft a number of times it starts to feel that way. We write a novel step by step the first time, then we go over it at second draft to check how each chapter serves the story, each paragraph, each sentence, we look at how one thing leads to another and how they add up. Yes, this is how to write a novel, but no it is not everything. Sometimes addition can become subtraction.

You have to be really careful not to lose the mystery, those non-linear lines in your fiction which defy logic. These are the curious sentences whispered to you as you fall in and out of dreams and daydreams. They are the very soul of the novel.

With my first novel, I had a sentence which haunted me and it was really the 'x' that marked the treasure for me writing that novel 'Becoming Strangers'. That sentence was 'I am coming to you for help, I don't know why.'

I set it in a dream sequence in which my hero, who is dying of cancer, sees himself at an intimate dinner for two in a restaurant and he speaks it to a woman he barely knows. There is the sense of all that is hidden between us, and the compassion that sometimes sneaks into the most ordinary corners of daily life, between strangers. 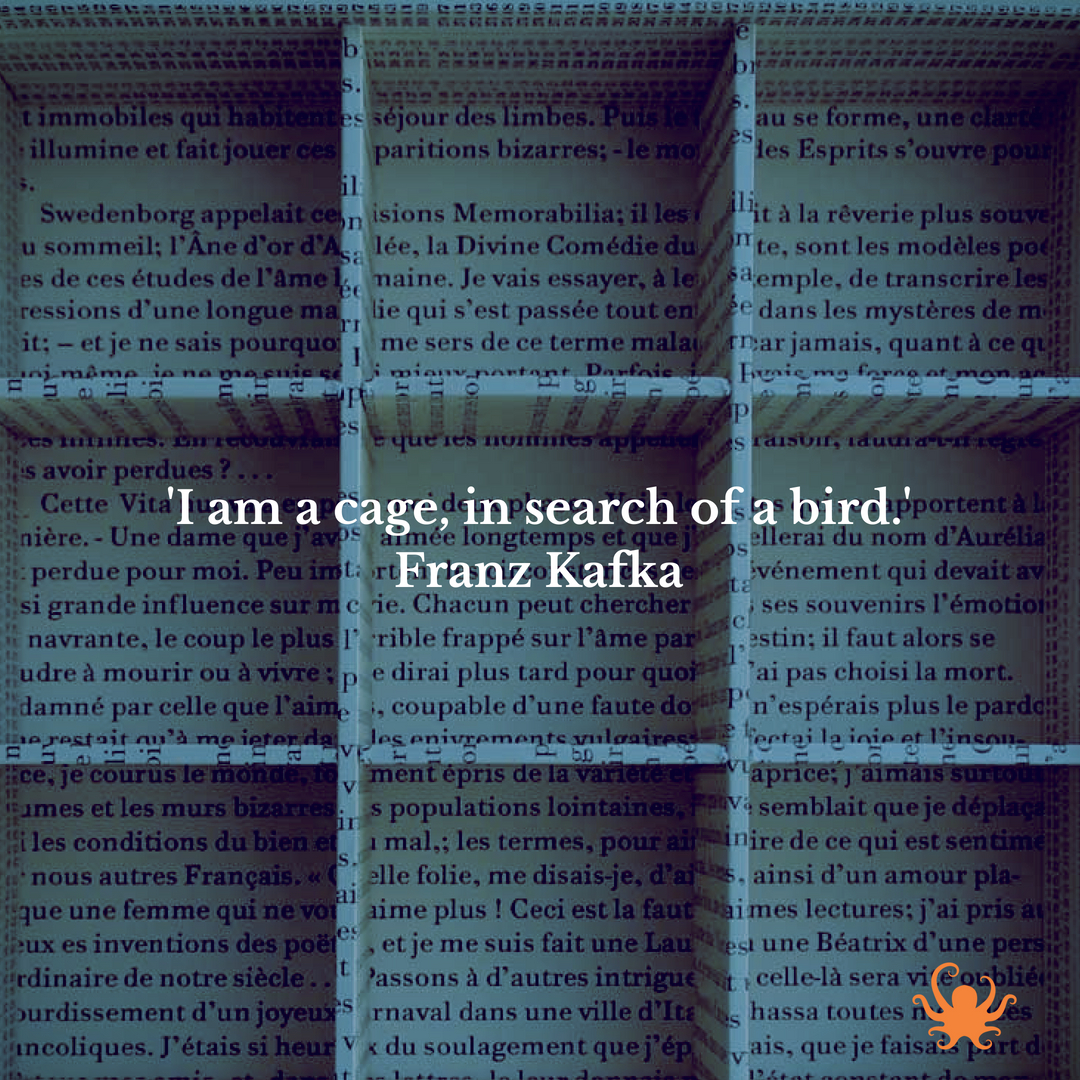 So it is that even when you have carefully constructed the artifice of your novel as architecture, you are still in search of that elusive bird of feeling. It may come early on in the writing or later. For me, it's a slightly maudlin sentiment, and terribly common or communal, and speaks to the loneliness of our fleeting time here. It's a bird to be caught, or a hand held out. The hand that flops from the bed at nighttime while we dream, what does it hold, what does it hope to hold?

When we read, we are immersed in a story and I give my writers this advice:

Try your damnedest not to break the reader's immersion in the story with a digression, backstory, or opinion.

Which is why, I use these mysteries I confess, at the end of a chapter as much, perhaps more than I use the traditional cliff-hanger type ending.

These non-sequiturs are the mystery of fiction which tries to reach for truth by mysterious portals which non-fiction may not access.

You have to reach. You don't have to make sense. If you fail, it's still good. We're all with you, even when you jump and fall short.

These mysteries don't, and shouldn't be grandiose (they risk then becoming 'opinion' which is better kept out of fiction) but very basic, simple and human. Just about as simple as you can make it.

In 'What We Talk about When We Talk about Love' Raymond Carver depicts the difficulties we have communicating. His characters are simply sat in a kitchen drinking and trying to talk about it.  Towards the end of the short story, Terri suggests some cheese and crackers but never actually gets up off the chair to get them for Laura. This is the application of mystery in his signature down-to-earth style.

'I'll put out some cheese and crackers," Terri said.

But Terri just sat there. She did not get up to get anything.

Mel turned his glass over. He spilled it out on the table.

As my writers who have taken the Ninety Day Novel course know I tap into music to find the right mood and move beyond the maths of language. Music dislocates lyrics, and there are leaps between the sentences in lyrics which can be very helpful to writers. You will have songs which move you, with lyrics that put you in the zone. When I am writing, one of the songs that takes me to that cold, sober lucidity of life lived essentially alone is from the Tunnel of Love album by Bruce Springsteen 'One Step Up.' There's a touching and lonely acceptance of our condition to me in the pace of the music and these lyrics:

'Woke up this morning, the house was cold
Checked out the furnace, she wasn't burning'

I'm not saying it's a great song. And of course it makes no sense, that those lyrics move me so much. But when I play it, it works. I'm in the zone. Maybe it will work for you. If you look at his sideways and downcast glances in the video, maybe you will feel what I feel. 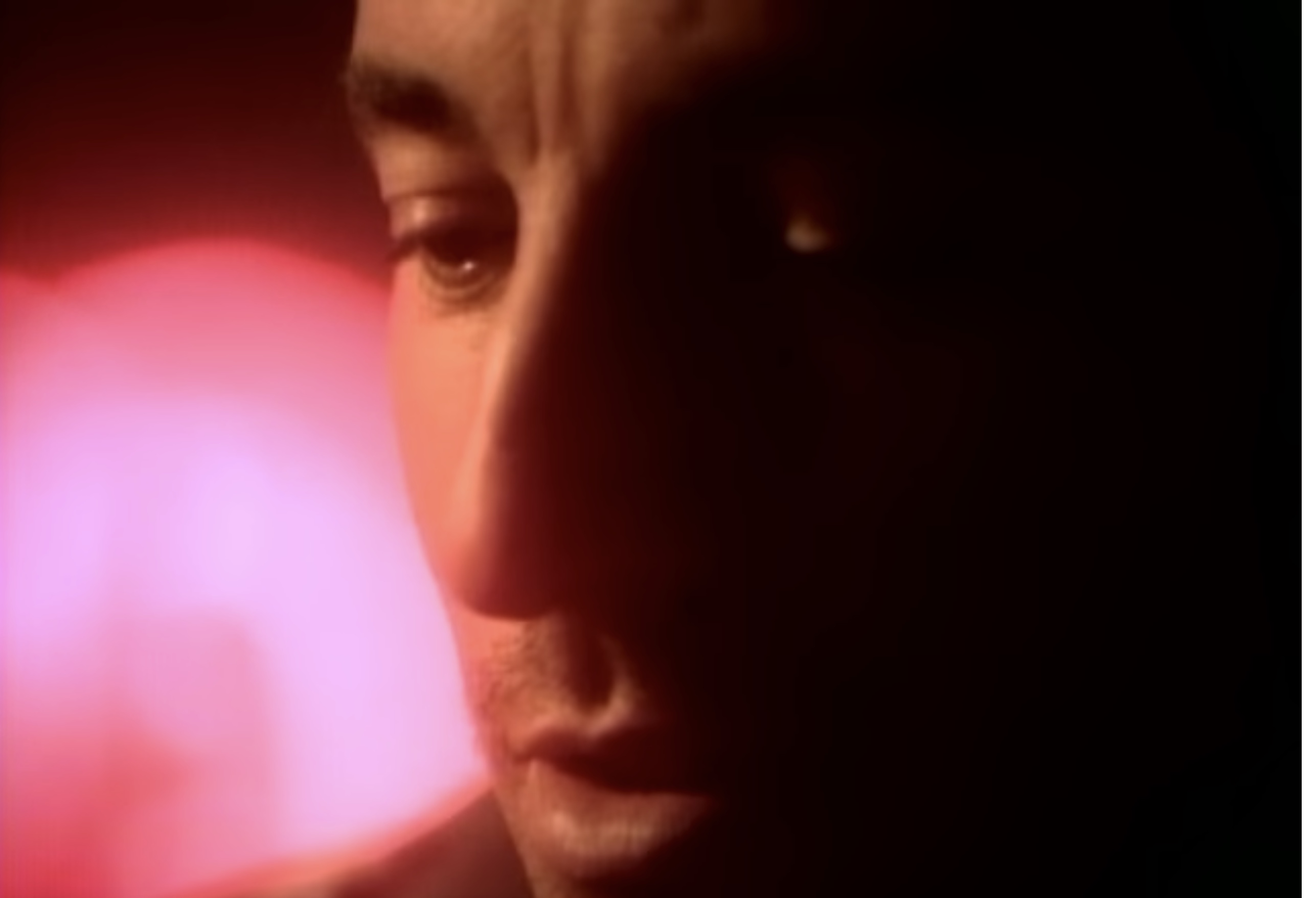 This out of body empathy, which means I am a blue collar man in North America, and I am also myself, is the mystery of compassion, and fiction's true purpose.

Stop Making Sense is a 1984 concert film featuring a live performance by Talking Heads. Directed by Jonathan Demme, it was shot over the course of four nights at Hollywood's Pantages Theater in December 1983, as the group was touring to promote their new album Speaking in Tongues. The title comes from the lyrics of the song "Girlfriend Is Better":

Lead singer David Byrne walks on to a bare stage (seen from the feet only initially) with a portable cassette tape player and an acoustic guitar. He introduces "Psycho Killer" by saying he wants to play a cassette tape, ostensibly from the boom box. In reality, the tick-tock drum machine was a Roland TR-808 drum machine played from the mixing board. The drum machine plays gunshot-like beats that cause Byrne to stagger "like Jean-Paul Belmondo in the final minutes of 'Breathless,' a hero succumbing, surprised, to violence that he'd thought he was prepared for."

The film is also notable for Byrne's "big suit", a normal business suit that gradually increases in size as the concert progresses, until by the song "Girlfriend Is Better" it is absurdly large. 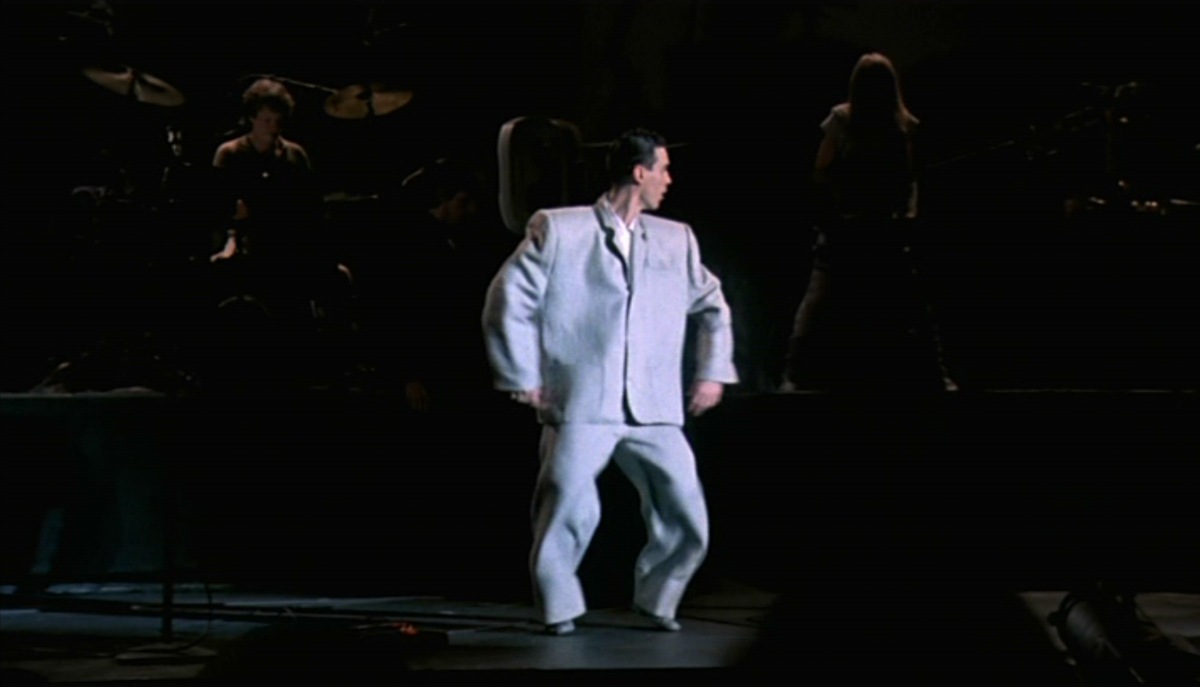 "I wanted my head to appear smaller and the easiest way to do that was to make my body bigger, because music is very physical and often the body understands it before the head."

Writers, if you are of an advanced age, you are in luck. With each passing year it gets easier to stop making sense, if you try. If you want.

You don’t have to have the answers, as a fiction writer,  you ask questions. Thinking it's about answers is why so many writers don’t write at all, why bad writers do write and possibly good ones don’t.

You are the only mean we have to describe the experience of mind. We have equipment that can scan brains and tell us all about neuronal pathways but the mind is not the brain. Fiction writers transcribe the mysterious mind and it's non-linear logic, it's beautiful aberrations and inconsistencies. That's more than enough.

So, don't fret, just observe and describe the mystery of being here.