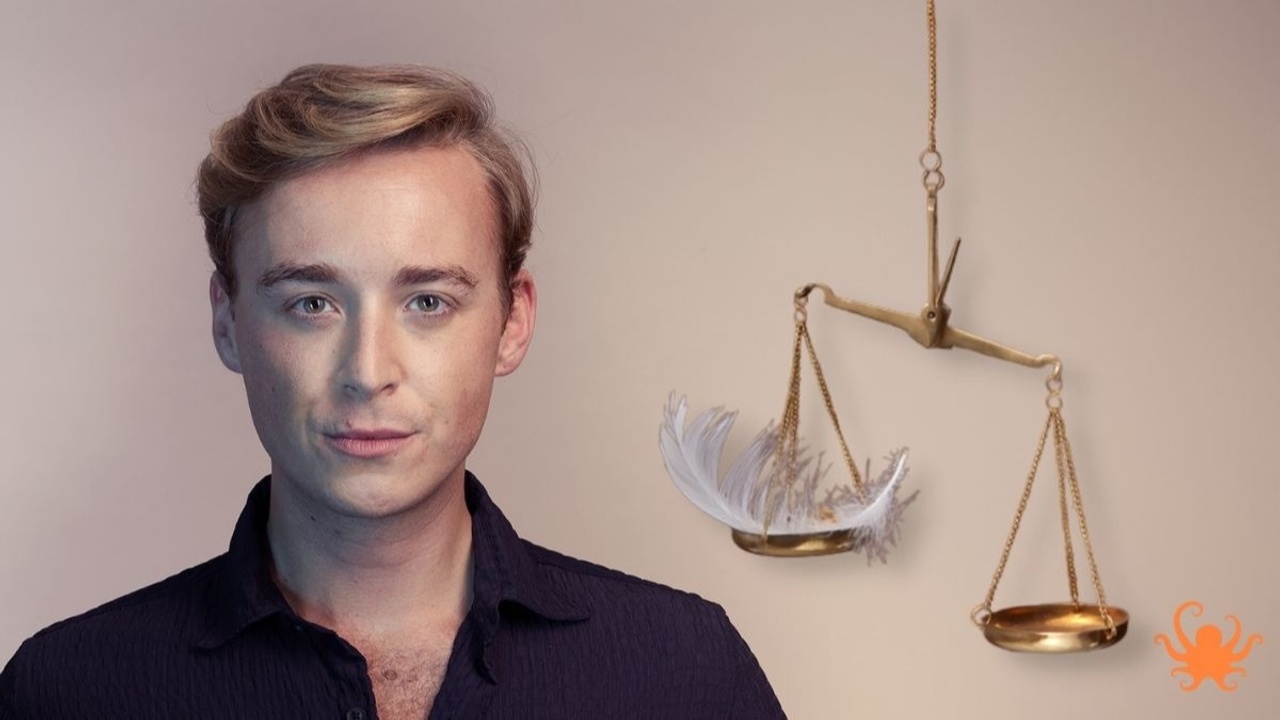 From the desk of Jack Jordan.

As human beings, morals are at the heart of who we are. On a personal level, morality is the compass that helps us navigate life, and on a broader scale, morals are the laws of the land, the intricate maze of unspoken rules we all live by. Our personal morals are so intertwined with our society that we may not even recognise the number of choices we have to make every day – nor the opportunities we have to stray.

"Good and evil are so close as to be chained together in the soul."
Robert Louis Stevenson

It is these fibres of humanity we all live by, for fear of being a bad person, but also for fear of paying the price of making the wrong decision. They are so deeply ingrained in us that being forced to go against one’s morals can tear a person apart.

And as writers, we get to have a lot of fun with that.

This is ‘the moral dilemma’.

A moral dilemma is a situation in which a person must make a difficult choice between two courses of action, either of which force them to betray a moral principle. It is the reason why Romeo and Juliet has stood the test of time; why Sophie’s Choice has become so prominent in popular culture. Moral dilemmas are experiences that both intrigue and terrify us.

In fiction, the moral dilemma is an invaluable tool. When it comes to plot and structure, a dilemma drives the story forward with tension and foreboding. On a deeper level, it shows the protagonist's humanity (or lack thereof), allowing the reader to relate and bond with them emotionally. Because what the moral dilemma ultimately does is to put the reader into the protagonist’s shoes and prompt them to ask themselves: what would I do in this situation?

In Adrian McKinty’s The Chain, a mother is targeted by dangerous masterminds and must abduct another person’s child or risk losing hers forever, joining a chain of parents just like her – kidnapping another child to save their own. In Sophie’s Choice, perhaps one of the most infamous moral dilemmas, Sophie reveals a long-held secret to the narrator: when taken to a Nazi concentration camp with her two young children, she was forced to make a split-second decision and choose which one of her children would live, and which would die.

On the surface, these decisions seem impossible to make. Yet, they are equally impossible to ignore because the consequences of not doing so are too great – the repercussions of inaction anchor the moral dilemma. The key to a stellar dilemma is not just the choice your protagonist must make but the ramifications of them making the wrong decision.

How to craft a moral dilemma

As a writer, I am consistently cruel to my characters because I know that by dropping my protagonist into the pot and whacking up the heat, the readers will connect with them on a much deeper emotional level. In my upcoming thriller, Do No Harm, the moral dilemma was the first thing that came to me. I was undergoing a minor procedure for which I needed to be put under general anaesthesia. Just before the needle was about to be inserted, I was hit by a sudden fear: I didn't know anyone in the room. I was trusting strangers with my life, my body, my dignity. Luckily, the team were nothing but kind and professional. When I woke up in my recovery room (and the anaesthetic had worn off), I immediately began to wonder what it might have been like if the medical team had had an ulterior motive. What would make a medical professional do such a thing? What might the stakes be?

And thus, Do No Harm and the moral dilemma at the heart of the novel was born:

A notorious crime ring abducts the child of leading heart surgeon Dr Anna Jones and gives her an ultimatum: kill a patient on the operating table or never see her son again.

In this moral dilemma, Dr Jones must make a choice: betray her oath to do no harm, or lose her son forever.

Ask yourself the following questions:

Once you have come up with your dilemma, the next step is to dig deeper into the consequences of each decision the protagonist could make.

You could create an outcome that is morally corrupt but recoverable, like The Chain, in which the child the protagonist abducts will survive if their parent follows through with the same demands. Or you could take the darker route, delving into the character’s soul like Sophie’s Choice: in choosing one of her children to live over the other, Sophie must live with the consequences of her actions.

To conjure up the consequences of your moral dilemma, ask yourself these questions:

Whether it’s child abduction, heart surgery or life-and-death decisions, it is these grandiose levels we can go to as writers, thrusting our characters to the edge of their morality, because as well as giving them a good adrenaline rush, this also allows our readers to test their own moral compass and reconfirm who they are. According to Psychology Today, we are wired to enjoy it.

"Evolution has sharpened humans’ survival instincts to the point where it feels natural and sometimes enjoyable to, well, survive. Even from a young age, we enjoy exercising our survival instincts and homing in on fear in a safe environment."
Psychology Today

From childhood games of hide and seek, binging true-crime documentaries, or rubberneckers passing a pile-up and unable to look away, we as humans are fascinated by our own survival, and dabbling in the darker side of our human nature. The moral dilemma is the ultimate gift to explore who we are.

Sophie’s Choice by William Styron
Sophie reveals she was forced to choose between which of her children should live, and which should die.

Noughts and Crosses by Malorie Blackman
Sephy, a Cross, and Callum, a Nought, who should be bitter enemies due to their statuses in society, embark on a forbidden love affair that risks the very foundation of their lives.

The Chain by Adrian McKinty
A mother is targeted by dangerous masterminds and must abduct another person's child or risk losing hers forever, joining a chain of parents just like her: kidnapping another child to save their own.

Jane Eyre by Charlotte Brontë
When Jane discovers Rochester is already married to the woman in the attic, she must choose between love and honour: either she can break her own heart and happiness, or surrender her reputation in an unforgiving time period.

Anna Karenina by Leo Tolstoy
Anna has beauty, wealth, popularity and an adored son. But when officer Count Vronsky enters her life, she is forced to either remain in her marriage and stay at the top of society or succumb to her desires and sacrifice her status and everything she holds dear.

Hostage by Clare Mackintosh
A flight attendant must choose between saving her child or the passengers onboard a non-stop flight from the UK to Australia. ‘You can save hundreds of lives… or the one that matters most…’

Twilight by Stephanie Meyer
Bella must choose between Edward the vampire, or Jacob the werewolf – either she can die and live with Edward for eternity, leaving her friends and family behind, or fall in love with the werewolf next door, and keep her soul.

Do No Harm by Jack Jordan
A notorious crime ring abducts the child of leading heart surgeon Dr Anna Jones and gives her an ultimatum: kill a patient on the operating table or never see her son again.

“The more imminent you make the choice and the higher the stakes that decision carries, the sharper the dramatic tension and the greater your readers’ emotional engagement.”
Writer's Digest

Give your protagonist an impossible choice, and force them to take a path; if you’ve got yourself a high-stakes moral dilemma, tension and mayhem ensue, regardless of the direction your protagonist decides to take.

Jack Jordan is an author tutor on our famous online writing courses which offer personal writer coaching. Jack's new novel Do No Harm is published by Simon and Schuster on 26th May.