Writing from the South - Alabama and That Southern Style 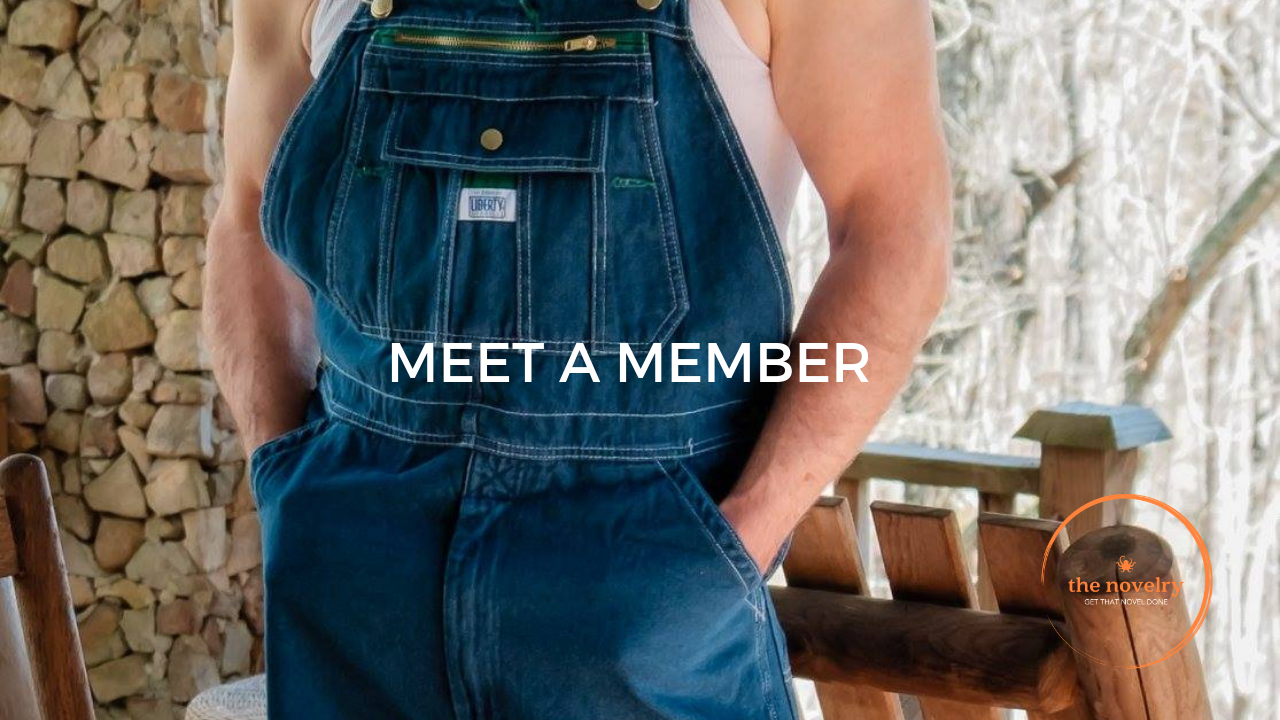 This week's Member's Story comes from Walter Smith from Alabama.

'Props' to him - a new word he has taught me. See story for details... 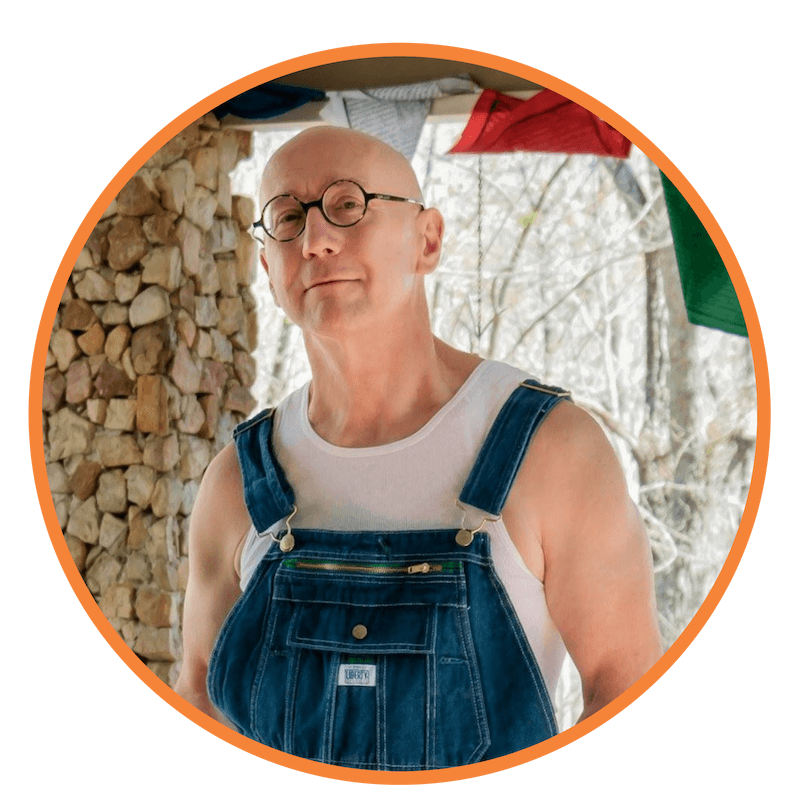 There is a silver bowl in a box around here somewhere that I received in eighth grade for winning a fiction award. I keep it in case I become strapped for funds and need to melt it, though I suspect it may be silver-plated, not sterling. The award bore the name of a writer named Conrad Richter, and the presenters were thoughtful enough to include a copy of one of his books inscribed by his daughter offering best wishes and prosperity, the usual pap. To be truthful, I thought little of the book. It involved American Indians and frontiersmen as I recall, something they erroneously thought might intrigue a pubescent male. Sort of Hawthorne-lite, but lacking wonderful names like Natty Bumppo and the imprimatur of countless freshman English syllabi.

One story published in a regional magazine. It told the inspirational tale of my seventeen-year-old cousin’s marriage to a fifteen-year-old girl he met at church camp six weeks before the nuptials. Town & Country declined to cover it, which I thought was a great disservice to their readers. Her father drove a coal truck. There was a sawmill nearby. A paint-by-numbers of Da Vinci’s Last Supper hung on the kitchen wall. Unfortunately, the marriage failed despite the pledges of fealty and the till death do us part, though I was to later understand that death might have come calling sooner than anyone imagined if the blessed union continued. Still, it was a shock to us all, as one might imagine. The bride later pursued a career as an exotic dancer; the groom fell in with the Mormons out west. I envision him today somewhere in Utah wearing magic underwear and reading Wallace Stegner aloud to the progeny begotten by his sister wives.

Otherwise, no fiction other than writing a children’s story for a godchild, job applications, love letters, thank-you notes for worthless gifts, and late night drunken typings that began as streams of consciousness and evanesced into stuporous sleep—the usual suspects.

So why am I here, a southern man taking a writing course based in England? The internet tubes led me here. The name popped up and I thought, that’s clever, so I clicked the link. Now this looks interesting, I thought, so I mulled it over a few days and signed up. England intrigues me. I have never visited, but my ancestors came from there. What records there are show them crossing the pond around 1640. I suspect those early émigrés might not have left on the best of terms, though I have no proof. They arrived in Virginia, then as now considered a tonier destination than Georgia, the déclassé malaria-ridden penal colony to the east of my current location, and gradually worked their way southwest to become the first settlers of Tennessee. Whether this was to escape debtor’s prison or pending charges is unclear, but they were the first, the Beans of Bean Station. Their first child was a loathsome individual banished to Memphis where he was appointed sheriff and promptly murdered for what were undoubtedly justifiable reasons, likely related to inappropriate affections for another man’s wife. It appears to run in the blood.

This course also provides me with privacy. No one in these parts knows I am doing this, which suits me. No distractions. So be it if the locals consider me aloof in the interim. In fact, being perceived so creates an air of mystery and may prove advantageous. It certainly avoids noisome questions from hoi polloi concerning the effort. My intent is to get this completed this year. This is possible. It is not like my life is one continuous debutante ball anyway.

So why haven’t I done this before now? A reasonable question. I suspect I am not the only person plagued by fear of the effort. What will others think? Will I fail? What if others are better writers? Evasions, explanations, excuses—anything to avoid the effort. But I have learned that fear is a chimaera. The worst things in my life never occurred.

Drunkenness was a hindrance. I first drank when I was twelve though I remained a social drinker until I was thirteen. That was an awkward time, adolescence, particularly when it resists receding. Let me correct the misguided romantic notion about writers and drinking. There is nothing romantic about pissing yourself. Now, others pissing themselves, that is different. That holds dramatic potential. Not that drinking might not someday appear in something I write. There is one evening with a green-haired Olympic gymnast from Poland, a Rottweiler, and Billy Squier that comes to mind. January marked thirty-one years without a drink.

Money issues were troublesome too. Divorce left me homeless and sleeping on friends’ couches for several months, struggling to not drink, and working at a menial job because I was almost unemployable. At two years sober I considered ending it all because I was about to be homeless again and had twenty-three cents in the bank. I called my friend Tim instead. Tim made bad life choices, so there was a kinship there. When he was in college Tim turned down his friend Tom’s offer to manage a band named The Heartbreakers. I rest my case. We met for coffee. I asked him to lend me five dollars for food; he gave me ten. Tim assured me that if I ever needed work, they were always hiring chicken eviscerators at the local poultry processing plant. Thanks for the advice. He saved my life. Life improved. I grew a ponytail, got an earring, talked my way into graduate school, ran a marathon, worked six days a week as a house parent for delinquent boys and as a yardman, received payback for my infidelities, drove a three hundred dollar Volvo for two years, and eventually got back most of what I had lost. Except for the drunk. I let him go.

Of course, there were the women. Looking for relationships to complete me rather than bringing a complete me to a relationship might have had an effect. Just maybe. There was a wife who deserved better and decided to not support me in the style I desired and a sojourn as a modelizer that was thankfully brief and uneventful. One thing I have learned is that who you are in a relationship with says as much about you as it does about them. There is a guy here in Birmingham we call Marrying Sam. Nine marriages. I asked him one time if he knew what the common denominator was in all those failed marriages. I asked myself the same question about relationships and did not like the answer. There comes a day when you must understand who you are and either accept that or change things. I worked on the latter.

And then I nearly died in 2005 from botched appendicitis surgery. Walking the floor at 3:00 AM in the infectious disease wing of an Atlanta hospital, temperature 40.3 C, dragging the IV rack behind me, knowing I was going to die if nothing changed—that was a strange night. It was also the calmest moment of my life. Absolutely no fear. They cut me open the next morning while I was still in my hospital bed. Alien is not my favourite film.

Distractions remained. Family occupied my time. When my mom turned seventy-eight I realized that I could not change her. I could, though, change how I felt about her and not have any regrets when she died. I cared for her the decade before her death two years ago. She still pissed me off, but that was because we were so alike. She was a troublemaker like me. Did I mention her move to Paris when she was sixty? She pulled me lifeless out of the bottom of a pool when I was thirteen months old, taught me to read, took care of me when I was sick, told me she loved me when I was unlovable, and changed my diapers. Props (all proper respect due) to Mom on the last one. No regrets. None.

No more excuses. Not getting any younger. I may look young, but the truth is I have had a little work done. My best friend is a celebrity plastic surgeon whose nickname in medical school was “God.” Do you really think I would not take advantage of that? My novel may not change the world, but is that the point? It will change my world. That much I know. But how? There are many answers, explanations that I could offer, but I suspect that the true answer will appear only after the effort, if then.

We grow up in the American South with a sense of place, though we understand that our history is a troubled one. We look back to understand where we came from and to guide us forward. Sit down and tell me where you are from, where you have lived—that is what we ask, how we understand. The line blurs between the person and the land. The South. This is my home, where my story lies, wherever I go, even if I stray. It is cliché to say you cannot go home again. The truth is that I cannot leave. It is in the blood.

Looking to get your novel done? Take a look at our novel writing courses.

Join us and get that novel done.

Vote with a thumbs up one-click, thank you!

Disclosure: Content may contain affiliate links to WriterShop and other companies. If you buy something through one of those links you won’t pay more, but we may get a commission. The Novelry is independently owned and opinions expressed are our own.

Get That Novel Done.

Our famous course - The Ninety Day Novel ®. Get on track to a publishing contract.