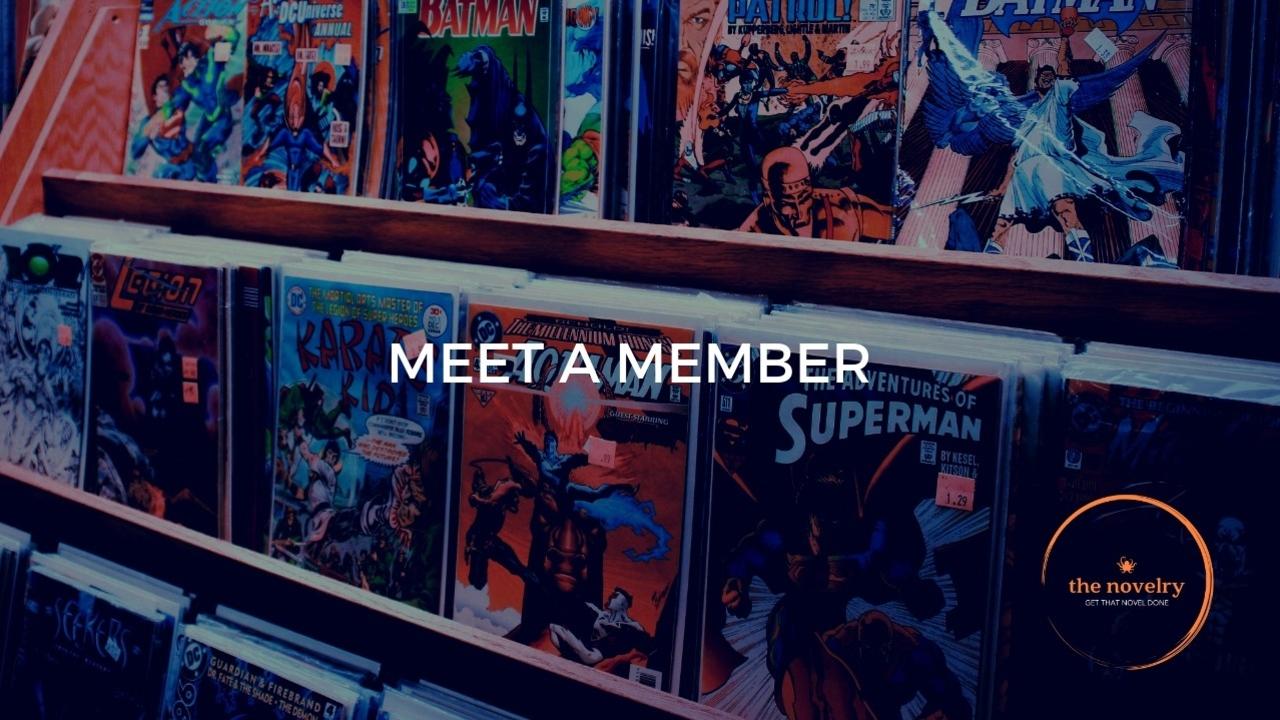 Get a shot in your writer's arm when you follow us on Instagram @thenovelry. Here's a selection of this week's top tips which might help you create your novel outline.

Our novelists are writing across most genres - Literary, sci-fi, speculative, thrillers, historical, romance, comedy, for adults, young adults and children's - so a writer will quickly find a like-minded author to reach out to for company on their big write.

I've invited some of our writers to share the story so far; what's compelling them to write their novel, their influences and their ambitions. This week's blog post comes to you from Adam Langley who has just joined us.

We can be heroes. 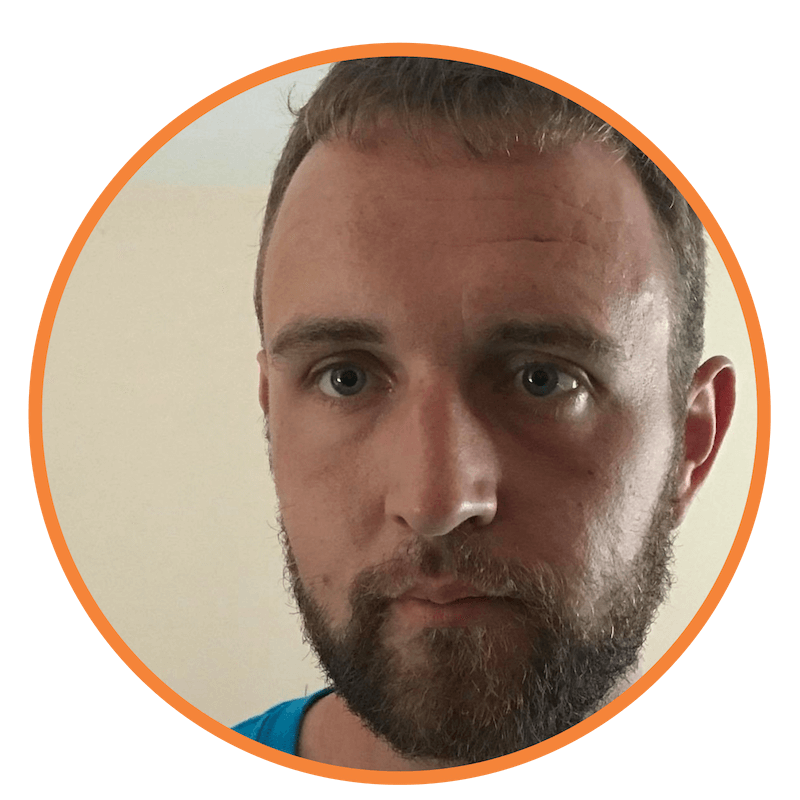 My name is Adam Langley and I have written twelve novels in the past three years.

Or, more accurately, I have tried to write twelve novels in the past three years. I’ve written out a plan, created character sheets, and made a promise to myself that this time whatever I write will last for more than three chapters before dissolving under the weight of meandering prose, poor pacing, and my own admittedly unpredictable moods. A few weeks later, I would sit at my computer, stare at what I had written, and decide to give it all up as a bad job. Then I would start the whole process again. (My all-time record is nine chapters before giving up, in case you were wondering.)

At the beginning of the year, I was gripped with the same manic energy that consumes us all in the first week of January. This is going to be the year, I thought to myself as I sat down in front of my computer, this is when I’m going to write that novel. And stop eating so much meat, and maybe try to recycle more as well. Yeah. Livin’ my best life!

Two hours later, as I sat eating leftover cocktail sausages from a container that went straight into the bin, the Google Doc in front of me was empty save for the words “I wish there were more Sausages.” Frustrated at my lack of progress and more than a little sure that I was a talentless hack, I got out my phone and started playing around on Instagram.

It was then that my Mum entered the room and asked how my writing was going. Rather than say “okay, thanks for asking” like a reasonable person, I told her all about my latest failed attempt at writing, that nothing ever worked and that maybe I should give up trying to be a writer because it wasn’t meant for me. Mum recommended that I try a creative writing course. If I were serious about this, she argued, then surely it would make sense to find a way to focus, hone my skills, and get the support I need to bloody finish something.

Reasoning that at least Mum actually had an idea that wasn’t sausage-related, I went online and started looking around for courses. It was then that I stumbled upon The Novelry. The Ninety Day Novel and Classics Courses appealed to me, and I liked the idea that this was a community, not just a series of lectures. I thought that if I really wanted to do this, and do it right, then The Novelry seemed to be offering everything I needed. I signed up on the spot. I’m only a few days in as of this blog. So far I am writing every day and have managed to avoid posting anything offensive on the Facebook page, so it’s going fairly well.

Something I have quite enjoyed with my lessons so far is that they have offered me the chance to reflect on the stories that shaped me as a writer. But if I'm completely honest, this was something I was not looking forward to doing. If my English Degree taught me nothing else, it was that compared to other aspiring writers I am rather uncultured. I have clear memories of sitting in my very first seminar surrounded by people who claimed to have spent their childhoods reading Gulliver’s Travels, Wuthering Heights, Alice in Wonderland and other classics. They would sit there for what seemed like hours, talking about the beautiful imagery and how they fell in love with reading, and I knew that at any moment I would kill the conversation stone dead by talking about the Animorphs series.

That was my biggest fear when I joined this course. That I wouldn’t be smart enough to do it. I still remember my Seminar Tutor’s face falling as I attempted to explain why I preferred Xavier’s School for the Gifted to Hogwarts after my classmate gave this big, wonderful speech about the Romantic Poets and how important they were to her. Yes, these stories shaped me as a child. But was that the right foundation on which to build a career as a writer? Or at the very least would they accept me onto the course after they found out about my ComiXology account?

In retrospect, I shouldn’t have been so embarrassed or worried. I loved Animorphs when I was a child. I still love the X-Men and Spider-Man. I’m kind of ambivalent about Batman, but I think that the rest of the Justice League are pretty cool. I liked stories where people were given a gift, and they did something to help the world. I, the quintessential awkward chubby kid, liked the idea that one day my weirdness might be celebrated. That there might be a place for me to be myself. That anyone had the potential to be brave and, if they ever strayed from the path, would be given a chance to redeem themselves. What’s embarrassing about learning to see the best in people?

It wasn’t all Superheroes. I read Philip Pullman and JK Rowling. I devoured The Hitchhiker's Guide to the Galaxy and The Dark Tower series. I read Malorie Blackman’ Noughts and Crosses saga and had a good long think about my privilege and how I affected the world around me. But through it all, I realise now, I read books and consumed media that dealt with the idea of ordinary people being given the opportunity to do extraordinary things. Who rose above the bullies and the bad guys and their inadequacies. Who showed me that the circumstances of your birth or who you were as a child doesn’t have to define you. Who showed me that given the time and opportunity, anyone could be a hero.

My quest to be a hero, or at least to live up to the somewhat toxic and damaging idea I had of what a real hero (read: man) should be is a story for another blog post. Suffice to say that while I have accepted I will never be an action hero, I still believe that people are capable of being better than what they are. I believe that redemption is possible and that anyone, given the opportunity, will stand up and do the right thing. This is something I hope to incorporate into my novel-forgiving others, forgiving yourself, and working hard to make sure the person coming after you has a better life than you did.

I’m working my way slowly but surely through the Ninety Day Novel course. Slowly, because I am also working on the Classics Course and would rather do both at a steady, plodding pace than to rush and to fail to get either right. Don’t get me wrong; I’m still writing every day, and plan to get the first draft of my novel done in a reasonable time frame. I just realise that I have made a commitment to both courses and may need to slow down in order to get the most out of them.

In a way, I think this will be my biggest challenge. My goal for as long as I’ve been writing is to be a published author by the time I’m thirty. I wanted to be like Stephen King or Ford Maddox Ford-published at a young age with a lifetime to just keep writing and get better at it. In the immortal words of the Pokemon Pokerap, I wanna be a master. But that might be difficult if I keep rushing and tearing up every idea I have. And, considering I’m almost twenty-nine and just starting my novel, maybe getting published by Thirty is not a realistic goal. The trick, then, is to follow the course trajectory, don’t get impatient or dejected, and remember to ask for help when I need it. That’s probably anyone can do, right?

I will keep you posted. Whether you want me to or not.

Outside of The Novelry, I’m reading my hero book, making a playlist for my characters-one song each that best represents them individually-and am tidying up a short story I intend to enter in a couple of competitions.

I am still a neurotic, deeply confused mess whose Imposter Syndrome flares up at the worst possible time, but it seems that was the case for the authors featured in the course and they turned out okay. Ish. Sort of. Maybe.

I guess now that I should go and write the bloody thing.

And if it turns out I can’t do it, I’ll blame my Mum. Just like a real hero would.

Who's Your Writer Superhero?

We all take apprenticeships, formally or informally. Writing my first novel I mainlined Chekhov, Raymond Carver and JM Coetzee. You have to walk in the footsteps of the masters to find yourself as a writer, to train yourself in the craft. We make that process much simpler at The Novelry by juicing the fruits of the undeniable greats and showing you what, how and why they wrote as they did and then you can pick and choose from the array of techniques, tools and inspiration available to fast-forward your journey to becoming a published author.

So who's your all-time writing hero? If you had to pick one?

Pick that book up again and read it over and over again until you see beyond the magic and into the sleight of hand. Read it frame by frame. We advise our writers to choose one hero book for the writing of their first draft as it helps focus and faithfulness to the novel in hand. You can find a list of the hero books we recommend at The Novelry any one of which could train you in the ways of the perfect novel here.