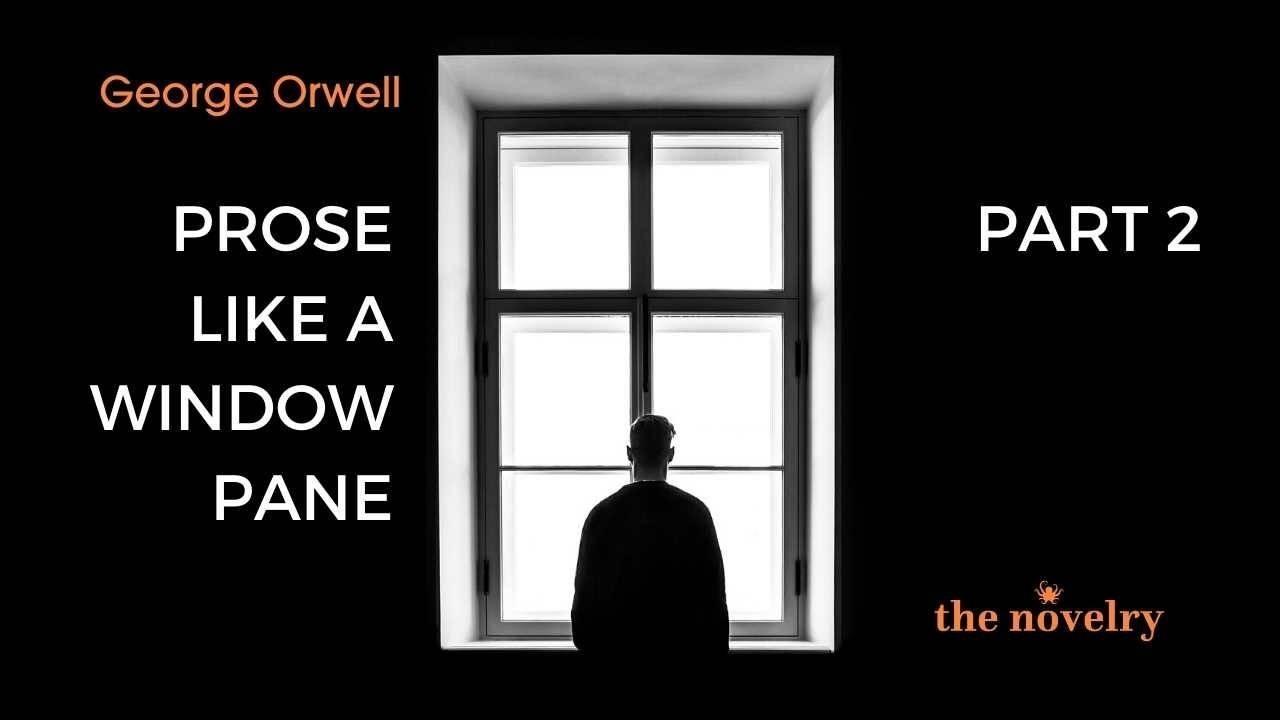 "If I had to make a list of six books which were to be preserved when all others were destroyed, I would certainly put Gulliver's Travels among them." Orwell 1946.

His keener influences came to the fore, as he owned his yearnings not just for the environment as we would call it now, but also for satire and speculative fiction, as we would say now. He married his yearning for an innocent past to an idealism which placed such possibilities as rebellion-centres against a bleak machinist future. He placed yearning in conflict with fear. This seems to me to be a good place to dig, and if you read again the opening quotation of his childhood yen - might we all not find solace as writers in putting the possibility of complete (disembodied, ungendered, unclassed, unmonied) freedom into the ring to defy duty and convention in our themes. I believe this is why commonly at the root of my writing is the Augustinian notion of the sinners who are saints and the saints who are sinners, an uprooting of order in favour of the wit of human disobedience.

At the outbreak of war, Orwell's wife Eileen started working in the Censorship Department of the Ministry of Information. Orwell also submitted his name to the Central Register for war work, but nothing transpired. In May 1940 the Orwells took lease of a flat in London at Dorset Chambers, Marylebone. Orwell was declared "unfit for any kind of military service" by the Medical Board in June, but found an opportunity to become involved in war activities by joining the Home Guard. He saw the possibility for the Home Guard as a revolutionary People's Militia. His lecture notes for instructing platoon members include advice on street fighting, field fortifications, and the use of mortars.

In 1941 he began to write for the American Partisan Review which was anti-Stalinist and contributed to Gollancz anthology The Betrayal of the Left, written in the light of the Molotov–Ribbentrop Pact.

"One could not have a better example of the moral and emotional shallowness of our time, than the fact that we are now all more or less pro Stalin. This disgusting murderer is temporarily on our side, and so the purges, etc., are suddenly forgotten." George Orwell, in his war-time diary, 3 July 1941.

In August 1941, Orwell finally obtained "war work" when he was taken on full-time by the BBC's Eastern Service. He supervised cultural broadcasts to India to counter propaganda from Nazi Germany designed to undermine Imperial links. This was Orwell's first experience of the rigid conformity of life in an office, and it gave him an opportunity to create cultural programmes. At the BBC, Orwell introduced Voice, a literary programme for his Indian broadcasts, and by now was leading an active social life with literary friends, particularly on the political left. Late in 1942, he started writing regularly for the left-wing weekly Tribune directed by Labour MPs Aneurin Bevan and George Strauss. In March 1943 Orwell's mother died and around the same time he told Moore he was starting work on a new book; Animal Farm. In September 1943 he resigned from the BBC keen to focus on Animal Farm.

Just six days before his last day of service, on 24 November 1943, his adaptation of Hans Christian Andersen's The Emperor's New Clothes was broadcast.

Students of our online creative writing courses at The Novelry may gasp here since we see in the Classic course how much Hans Christian Andersen's work informed (and informs) the writing of many novelists. His process then is the image of what we teach, to help writers in search of a story.

By mining childhood vulnerabilities and those first vivid feelings and memories and putting them at the service of his fears, Orwell was able to produce a work of great originality, and this proved a step change for him in allowing him to write freely and truly with prose like a windowpane.

"I can't stop thinking about the young days," Orwell wrote to a childhood friend who contacted him after reading Animal Farm.

Good writing has much to do with renunciation, it's about giving things up, giving up our worldly concerns, the squalor of wishing to be considered this or that by others, in favour of finding a theme which has a sense of personal emergency to it. It's about finding the old wound and giving it space and air to heal, in a good, well-lit place.

The writer allows the sunlight of childhood to dry the damp patches of adulthood. Find the theme and the prose will follow, it has to, of necessity, we simply don't have time to obfuscate or prevaricate in tarted-up longwindedness. That story writes itself, and that is your rewards and the treasure ahead of you. (You will know the story's not right when you are loath to write it! When it's right, it's a mystical experience which unfolds daily.)

"Good prose is like a windowpane. I cannot say with certainty which of my motives are the strongest, but I know which of them deserve to be followed. And looking back through my work, I see that it is invariably where I lacked a political purpose that I wrote lifeless books and was betrayed into purple passages, sentences without meaning, decorative adjectives and humbug generally." Orwell 1946.

Animal Farm: A Fairy Story was published by Secker & Warburg in Britain on 17 August 1945.

The worldwide success of Animal Farm made Orwell a sought-after figure and freed him at last from the bonds of working for money. The fairy tale worked its magic. For the next four years, Orwell mixed journalistic work with writing his best-known work, Nineteen Eighty-Four, which was published in 1949.

In May 1944 the Orwells had the opportunity to adopt a child. In June a V-1 flying bomb struck their home in Mortimer Crescent and the Orwells had to find somewhere else to live. Orwell had to scrabble around in the rubble for his collection of books, which he had finally managed to transfer from Wallington, carting them away in a wheelbarrow.

The Orwells spent some time in the North East, near Carlton, County Durham, dealing with matters in the adoption of a boy whom they named Richard Horatio Blair. By September 1944 they had set up home in Islington, at 27b Canonbury Square. Baby Richard joined them there, and Eileen gave up her work at the Ministry of Food to look after her family.

While Orwell was in Paris in spring 1945, Eileen went into hospital for a hysterectomy and died under anaesthetic on 29 March 1945. She had not given Orwell much notice about this operation because of worries about the cost and because she expected to make a speedy recovery. Orwell went on to write his last great work in what were to be his final years.