Novel Titles. (Why You Should Start Here.) 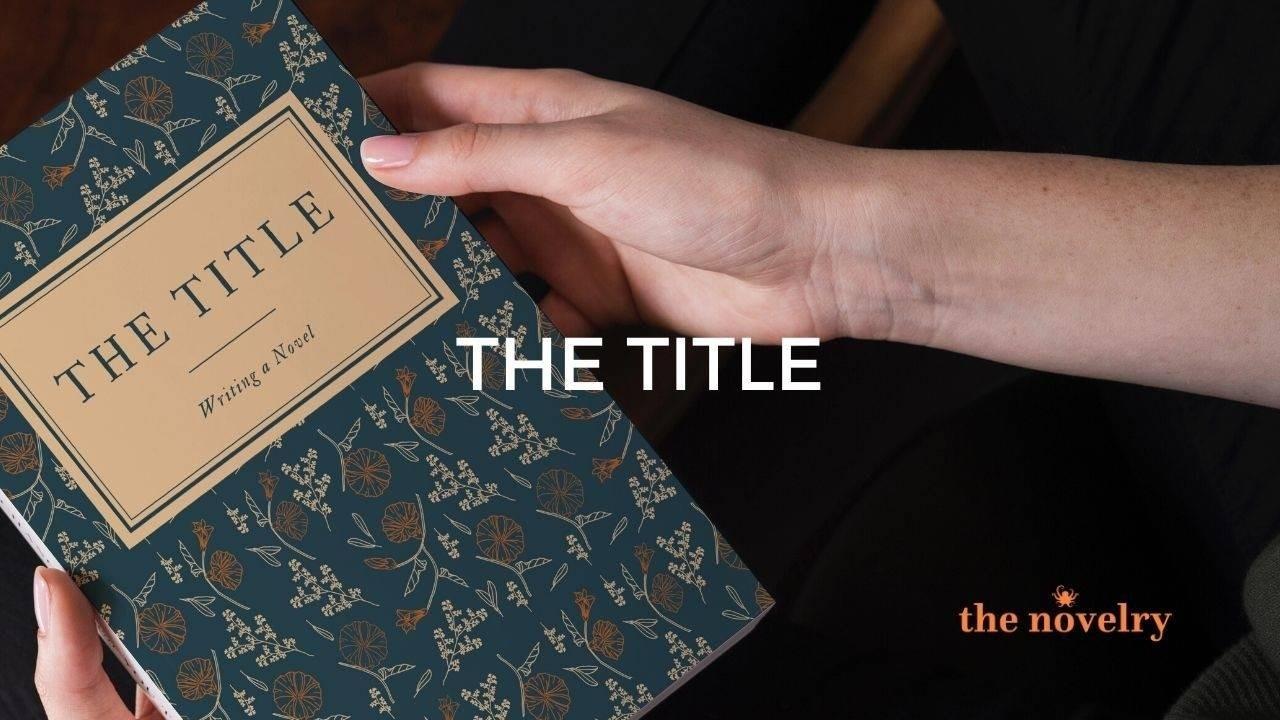 "In my younger and more vulnerable years," (to borrow from the opening line of The Great Gatsby by F. Scott Fitzgerald) I would write a novel, many times over many drafts, discarding huge amounts of material, then set about the business of the novel title.

My 'blue' period of retro-fitting a novel title has been one of twenty years, so you could say it's become a habit. Possibly a bad habit. I wonder how other novelists work?  As you will know from an earlier blog, Scott Fitzgerald struggled with the title of his most famous work and it came after the novel was complete.

Having become aware, thanks to exposure to The Novelry, that most writers can write, but most (like me) struggle with story, I've sharpened my practice and put story first and foremost, and I teach that way too. We begin with what readers want; story. The idea for a story needs to be good, not great, but good enough. The rest is in the treatment and the logic that unfolds what happens next.

As we go into a new decade, I'm wondering if I shouldn't begin with the title itself, and develop the story from it, single-mindedly.

My own 'retro-fit' (or post-rationalising) method has become a slight source of shame to me in recent months. I've changed my novel title daily; trying on a new ruse, another bluff. I've had to do this because my goddam idea changed so much over the drafts. I'm not convinced that this is meretricious! It becomes a bit too much like whimsy.

Here are the kinds of clusters one might consider when titling a work, and I've thumbed through these subconsciously:

A line from a poem, the Bible or recycling of the title of a former great work.

For Whom The Bell Tolls, Far From the Madding Crowd.

Somerset Maugham's Of Human Bondage was initially called The Artistic Temperament of Stephen Carey, then Beauty from the Ashes, a quotation from Isaiah. When Maugham discovered that this title had been used already, he borrowed his final title from one of the books in Spinoza's Ethics "Of Human Bondage, or the Strength of the Emotions"

(A little lofty, and unfashionable now, less likely to be seen as commercial.)

The role of the main character delivered in high anonymous style.

The name of the main character.

From Anna Karenina to Olive Kitteridge via Circe.

(The focus of the moral journey in the novel. Pitched very much to the reader demographic. Given over two-thirds of readers are women it's hard to imagine 'Darren Sutcliffe' being a big hit.)

The name of the character with alliterative adjectives.

From The Great Gatsby to The Magnificent Mrs Mayhew.

(Cute. Maybe too cute to be cool post-Gatsby.)

A significant and original feature of the narrative, or location, one word must be quirky and pique interest.

The Keeper of Lost Things. The Librarian of Auschwitz. Love in the Time of Cholera. The Botanists Daughter. My Sister, the Serial Killer. The Tiger's Wife. The Book of Dust.

The main character's name or occupation + a pronouncement of their state of being or undertaking.

The character's state or occupation plus an ominous adjective.

One word only, please.

An abbreviated note to the contents.

How to Be Both.

(This is a modern take on literary form; arch and knowing.)

Or two very plain words intended to stand for 'the many':

Where it's set and what happens.

The Dinner. The Slap. The Trial. Brooklyn. The Hunting Party.

(Modern and unobjectionable. Both literary and commercial. A shorter range of narrative action. The Old Man and the Sea might fit here too.)

Don't You Forget About Me.

And slightly vague and meaningless phrases:

Still Me, Between You and Me.

The deadly command or threatening situation.

Bring Me Back. No Way Out. No Mercy.

Or anything with Death or Blood in the title.

Vulnerable human type to whom something thrilling must surely happen.

Girl on the Train, Gone Girl, City of Girls. etc.

(Here's one for free on the house; 'Girl, Discontinued.')

And girls and women of note thanks to something striking in their way of dress. Girls with earrings and red coats etc and women (less imperilled therefore they must be more striking)  The Woman in White to The Woman in the White Kimono.

You're probably going too far if you're punting The Girl on the Cliffside and the Woman with the Big Nose.

There are cunning combinations of the above, and less cunning. Less cunning is at the pulp end and tends to use cheap/fancy words ie: 'Moonlight Over Mayfair' - these are aimed at the older, less discerning reader ;-)

One can be deliberately not-cunning, and straightforward of course, as you will see further down where I discuss 'A Month in the Country' by JL Carr (and also Turgenev.) It's honest, clear, and also nostalgic.

In the Editing Course, we explore the various options for titles and I give you my 'walking method' to help writers consider making their point judiciously with the title. The thrust of your story's title will be bent and shaped by commercial concerns of the genre you're in and how you want to position yourself as an author taking into account the sampling of factors as above.

But There Is Another Way.

Let's have a look at how stories start. As I tentatively put one novel to rest, still undecided on its darn title, I am starting to open my mind to the next novel. I start this way:

Here's how ideas happen to me, put very simply.

1. Someone will say something, or I'll see something which touches me. For example, the other night a man with a quavering voice, a newly-elected MP spoke about 'getting the train' on Monday (to go to the House of Parliament for the first time.) It was touching because he mentioned his wife and kids before getting to this point so we had a glimpse of his real life, and this change afoot. He was emotional about it. It touched me. (PRESENT TIME)

2. Meanwhile, I have in mind, a story treatment I'd like to try - a touch of The Christmas Carol, something allegorical but possibly speculative. (ONGOING)

3. Then, a song in a movie reminded me of a party I once went to. When I was young and I thought life might work out conventionally. That New Years Eve came back to me. It was Charlie's Party. (PAST)

I am out walking thinking -  yes, party as in political too. And the story comes to me. Charlie becomes an MP and all he's got to do is get to London on Monday, but he's waylaid by all manner of trials en route and ends up at a different party.

Simple, right. Not clever, but tight. Having the title might keep me honest and on track.

That's how I'd like to work in the new decade. I've served 20 years working the other way. Now I'm going to put story first, and it seems to me titling it upfront will help me focus.

So, if you're about to start writing a novel, look at the way the idea for a novel comes about, where memory serves desire, where the past experience is put to the service of a present inspiration and an abiding authorial intention.

"The past is never dead. It’s not even past," as Faulkner put it.

The late J.L. Carr put the way it works for novelists very well in his foreword to 'A Month in the Country.'

"Novel-writing can be a cold-blooded business. One uses whatever happens to be lying around in memory and employs it to suit one’s ends... . Then, again, during the months whilst one is writing about the past, a story is coloured by what presently is happening to its writer. So, imperceptibly, the tone of voice changes, original intentions slip away. And I found myself looking through another window at a darker landscape inhabited by neither the present nor the past."

In 1978 James Lloyd Carr, at 66, wrote his masterpiece, A Month in the Country, which was published in 1980, shortlisted for the Booker Prize and won the Guardian Fiction Prize. It was made into a film.

‘Fine gentlemen from London’, as James Carr described them, arrived at his house in Kettering, and pointed out that the title, of course, would not do, it had already been used by Turgenev. ‘Is that so?’ said Jim. ‘I don’t think I’ll change mine, though.’

He had that title in clear sight during the writing of his novel, and it seems to me that by following such a practice a writer can write a novel clean and honest and all the way through to the end without the shenanigans of trying to please the crowd postscript.

"So we beat on, boats against the current, borne back ceaselessly into the past.

THE END." (The Great Gatsby by Scott Fitzgerald.)