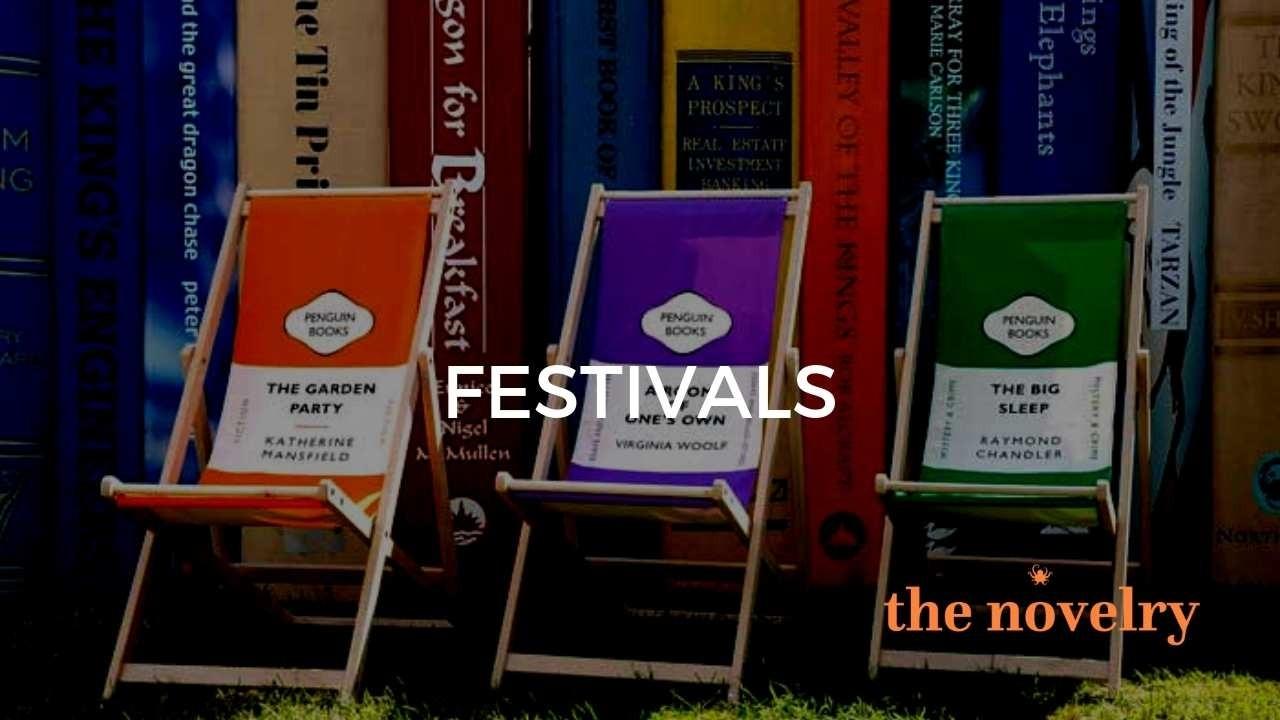 Grab your tote bag, and fill it with books then head off in pursuit of your literary dreamboats to salute them and get the book signed. One of our members, who undertook one of our creative writing courses, gives us an account of her own adventures in stalking an author this week.

Here's a brief account of some of the festivals available to book-loving novelists.

The Bath Festival (May)

Hay Festival (Last week in May)

(Join our Bridport writer's retreat and visit this event from your luxury Manor house accommodation.) 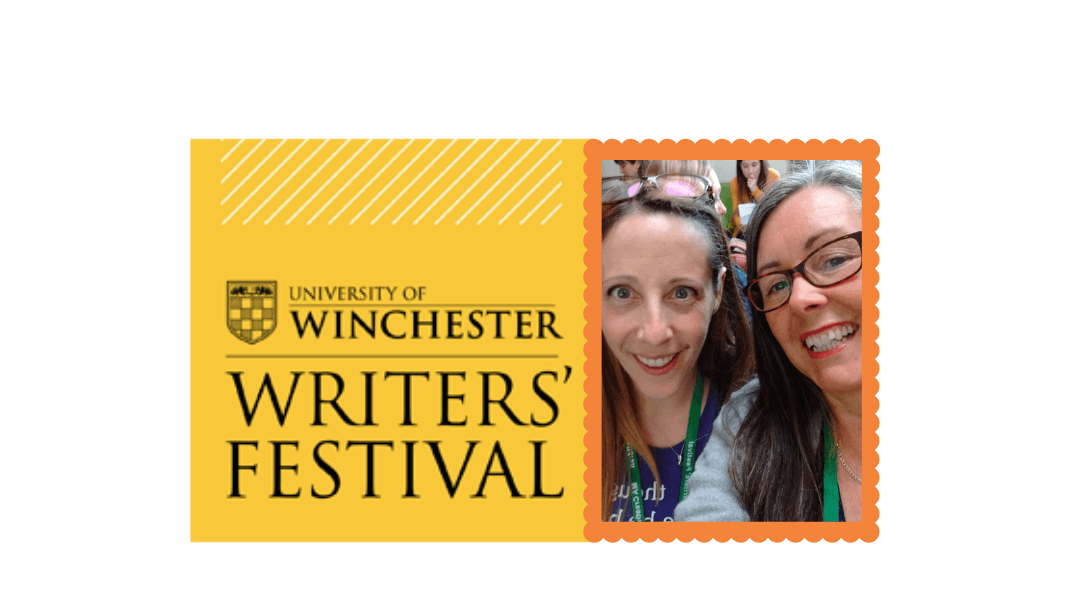 What Happened at Winchester

How to Fail at Stalking

The Winchester Writer’s Festival has been running for 39 years and prides itself on its specially tailored offering to would-be writers with 'unparalleled networking opportunities for creative writers working in all forms and genres, workshops, talks and one-to-one appointments with over 70 literary agents, commissioning editors, authors, poets and publishing experts.'

Katherine Rundell was to be the keynote speaker. She featured in The Bookseller in March and her books have won a couple of awards (The Children’s Costa, The Blue Peter, Waterstone’s Children’s Prize). My daughter was reading one of her books. Her topic, Why You Should Read Children’s Fiction, Even Though You Are So Old and Wise, was particularly beguiling for me, as an adult who has never stopped reading children’s fiction.

The Novelry Members aside, I rarely get to speak to like-minded individuals. My other half is an engineering consultant who doesn’t read fiction. My kids witter on about many things and I am only required to nod and smile. I promised to make 2019 the year of full-on audience participation, reading aloud, workshopping, networking and all the other words that perturb those of us who just want to lock ourselves away with imaginary people.

I started gently this year by attending The Novelry’s very own Full English Residential Course in February. Ten writers in a remote Dorset Manor. Heavenly.

Then, I went to two one-day events closer to home; YA LitFest in Preston (and caught up with the Northern branch of The Novelry) and The New Writing North’s Conference in Newcastle. I met some cracking people, got to practice pitching, and spent a small fortune on books so I could get them signed by attending authors.

And so, to Winchester in June. Food and accommodation is usually included so I didn’t have to worry about that. After a fine and three points on my driving license incurred in the excitement of getting to The Novelry's Full English week, I decided to go by train. You can read, sleep, watch a film, and oh, yes, write. Choosing the courses was the hard part. Friday offered ten all-day workshops. You could attend four 1-hour talks on Saturday with a choice of six talks each session. Sunday was quieter – only five all-day workshops to choose from. The range was huge. There were sessions on the craft of writing: creating emotional conflict, character development, world-building, structuring; workshops on publishing: how the publishing world works, agents and how to hook them, self-publishing, building your own author platform; genre-specific workshops; poetry; screenplays… so much.

The festival, and many others, offer 1-2-1s. You pick from over 50 specialists who will offer constructive criticism on work-in-progress, discuss publishing/marketing possibilities and give advice on writing difficulties. They include authors, poets, playwrights, screenwriters, lecturers, and publishers, editors and agents. My advice:

Even though the agent I chose to speak to ripped my cover letter to bits, I learned how not to do it. She told me that YA fantasy doesn’t sell but I think she meant that agents are struggling to sell it publishers. She said my novel doesn’t read like YA but wasn’t clear if that meant it would or wouldn’t sell. The session confirmed to me that agents are not gods or gatekeepers, and that one person’s view is just that. I'd only booked to see one agent, so mercifully, I didn’t run home crying after that feedback. The other 1-2-1s were with fantasy authors, both of whom I had workshops with over the weekend.

Now, it may have come up once or twice in Jasper Fforde’s Friday workshop on Fantasy Writing that I am from Yorkshire, because when I got to our 1-2-1, his first suggestions were to add more whippets and flat caps. And to throw in more viola-playing. The fantastic thing about having feedback on your work from another writer in your genre is all the things you don’t have to explain. There are traditional tropes, turns of phrase, and a hundred other tiny cues that jar a non-genre reader. Published authors are not agents. They are not there to snap up an author so their attitude is different. They know how you feel, they’ve been there, and they are keen to help. Jasper gave me some excellent advice and many compliments. I left buzzing with ideas and promised to buy his book as a thank you (but sorry no whippets will appear in my novel The Turning).

My other session was with Sarah Mussi who’s book Here be Dragons I'd read many years ago. We had an excellent session – a thorough line-by-line breakdown of the words I’d sent her. Our time flew and she seemed as disappointed as me when we parted so we are chatting via Twitter next week to see how her suggestions are panning out (very well).

We go to these events knowing we have to speak to people, but it just isn’t that easy. The woman sitting next to me waiting for her 1-2-1 looked a little pale. We smiled. She saw me putting my purple pen and purple notebook away in my purple bag, took note of my purple t-shirt and asked if I was Anna Pye? She was a friend of another member of The Novelry. I found another member of The Novelry there too so I was spared the ordeal of eating alone.

I purchased Jasper’s book as promised with every intention of getting it signed but missed his signing. Frances on reception said he was in 1-2-1s and the timetable said he would be doing signings again at 3pm. I arrived a few minutes late and Frances told me he had gone into the city. I was supposed to be going Classic Mistakes and How to Avoid Them but it was sunny so I murmured that I might go too... She looked around, leant toward me and confided that she had it on good authority he had gone to the Cathedral to see Jane Austin. Maybe you’ll see him there and get your book signed, she hinted. I laughed. She laughed. Stalker, she mouthed, as I left the building.

I went to Winchester Cathedral, well I love cathedrals. Plus there was an exhibition on Alfred the Great, my favourite period of English history. And Jane Austin’s grave, of course. I should see that too, as I’d walked the Cob in February and been to the Tap Rooms at Bath. It would be 'An Accidental Austin Adventure'. I ran straight into the back of Mr Fforde in the queue. Mortified, I ran off and hid in the exhibition for over an hour.

Frances hooted at my uselessness at stalking. She said she'd text if he was going to dinner. Shaking my head, feeling squeamish, I left and headed to the bar. There he was! I walked across the quad and said, hi, I’ve bought your book. Please, will you sign it? And a tall, dark stranger replied, I’d be delighted but that is not my book. It was not Jasper Fforde. The very nice man and his companion offered to buy me a drink and we had a very lively discussion on the merits of crime writing and how I should read more to learn how to stalk properly.

After a while, I realised I would be late for dinner if I didn’t leave immediately so made my excuses. On my way home, I got another text from Frances to confirm Jasper would be there but by this time I didn’t care and I was late for dinner. When I arrived, the only spare seat was next to Jasper himself. He signed my book and we spent the meal discussing our favourite aspects of Winchester Cathedral, and whether Wales is better than Yorkshire (it isn’t).

The highlight of the festival for me was Katherine Rundell's talk. Not every author is a good public speaker but Rundell lectures as a Fellow at All Saints College, Oxford, where she specialises in John Donne. She spoke for an hour on the importance of children’s fiction in these times. Rundell says children’s books speak of hope. Through the medium of lions and wizards and talking spiders, they can tell us that the world we live in is a world of people who tell jokes and work and endure.

I went to the festival to challenge myself to leave my comfort zone and explore the writing world. I returned with excellent advice, new knowledge, honed skills, new connections and new friends. Better finish that second draft…