There is one reason I write.

There is a reason I write and will always write until they take the pencil away from me. The mystery.

The mystery of what’s going to happen on the page.

The mystery of what’s happening off the page.

Things occur to you differently. You see like a child, you're suddenly shocked at things you didn't see a certain way before and you're seeing them differently because of your emotional attachment to the theme of your book which was not the one you chose. You had an idea and a theme and you began to write, but then something mysterious happened. A wolf whistle in the dark. You were called away from your plodder's work to see behind a wall. You went. That's the main thing, you went.

I never expected the book I am writing to take the turn it has taken. I am now at 25,000 words and have had to regroup and revise the first part to take the beautiful blow of a change of theme and reassess where I've been and where I'm going with the book. I am a lover now as much as a writer; a lover in love.

I didn't expect this theme or want it. Nor did I expect it to proselytize me on a matter I've all my life been indifferent to. I won't say too much because I'm not writing a pamphlet, and the theme reveals itself not at the beginning of the book but overwhelmingly it gathers pace and fury towards the back end of the book until I, the writer, and my avatar-hero we both have to face it, having sought to dodge it previously. I did not plan this. So what has happened?

I felt again the umbilical tug of the book when you get into the writing. Like scraping away of the dirt from an old grave to reveal names. Like turning over a stone to see what's wriggling beneath, and the childlike consternation of awe and worry. Mouth open.

It comes from the change of perspective when we begin to see with others' eyes.

Yesterday I saw a lorry of sheep on the motorway. A double-decker and each sheep was resting its soft head on the neck or back of another and their sad gentle faces looked impassively, forlornly at the passing traffic. I was overcome. The vision seemed to say so much about our condition too.

I was blind. But now I see.

This happens to me only when I am in the middle of the writing, not before, not after. Not at idea stage, nor edit.

Amazing grace, how sweet the sound...

Every novel is different and creates itself. I have written a few now, and the only commonality was the mystery of the feeling when writing.  Most moving as an experience to me was writing my second book which, like this one, required the creation of a complete secondary world, albeit historical not fantasy as with this one, with its own fully realized codes. I wept when I finished writing 'This Human Season' as I had become so deeply complicit in the world I was creating, the heroism of the people at war in the book touched me enormously, and I felt maternal about them and the book.

But then that idea came to me as a mystery, only slightly provoked. I was a great fan of Graham Greene and in London took myself to his address in Clapham and stood outside the door. I had no real idea about the book I'd write next. I went down into the underground and watched several tube trains pass, not able to get on one. I was gripped by Greene's idea about rather betraying my country than a friend. I wasn't sure I concurred but I was interested in it and these sorts of uncertainties are great soil to dig for a writer. If you're uncertain about something, you want to explore it. Certainties, convictions and political leanings.  entrenched are not useful for writing novels. Leave them for dreary dinner parties when you've drunk too much.

And it came to me, to write about The Troubles. So I did. It was the adventure of a lifetime and I spent 18 months in and out of Belfast and back home to Provence writing it.

Greene admired a writer called François Mauriac very much. As I was raising my children in France and am a French speaker of sorts, I read some of his novels. I found them very tender and very mysterious. I like many of the things Mauriac has to say about the mystery of writing and share some with you here. 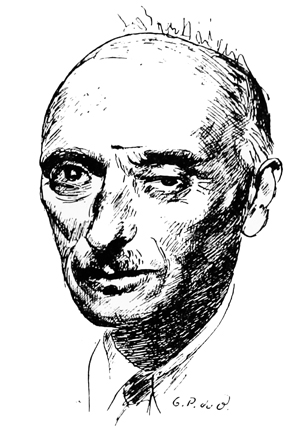 From an interview with The Paris Review 1953.

'Every novel worthy of the name is like another planet, whether large or small, which has its own laws just as it has its own flora and fauna.'

'When I begin to write I don’t stop and wonder if I am interfering too directly in the story, or if I know too much about my characters, or whether or not I ought to judge them. I write with complete naïveté, spontaneously. I’ve never had any preconceived notion of what I could or could not do.'

'Really there is no problem of this type whose solution is not found in the completed work, whether good or bad. '

When you begin to write, are all the important points of the plot already established?

'That depends on the novel. In general they aren’t. There is a point of departure, and there are some characters. It often happens that the first characters don’t go any further and, on the other hand, vaguer, more inconsistent characters show new possibilities as the story goes on, and assume a place we hadn’t foreseen.'

Do you write every day, or only when you feel inspired?

'I write whenever it suits me. During a creative period I write every day; a novel should not be interrupted. When I cease to be carried along, when I no longer feel as though I were taking down dictation, I stop.'

To what extent are your characters based on real people?

'There is almost always a real person in the beginning, but then he changes so that sometimes he no longer bears the slightest resemblance to the original. In general it is only the secondary characters that are taken directly from life.'

'I have never begun a novel without hoping that it would be the one that would make it unnecessary for me to write another.'

I share these tendencies. I write now, thinking this will be my last, that it will say all I am capable of saying or need to say. If I did not, I would not. That is why when I talk to my writers in our one to one sessions, I try to get to the emotional importance for them. But sometimes it eludes us, often it does, and it only emerges in the mystery of the writing itself. We doodle and find our deepest selves.

It will happen when your doodling becomes digging and your childhood vehemence to dig to Australia takes over.

So, dear writers, who have begun or are about to begin writing, relax and rely on the mystery of grace. It never comes too late.

As for how it feels? It is not an upbeat joy. It feels like a low almost prayerful sadness, a heavy heart. Life encroaches and denies me the time to be digging me exit, and that makes me miserable. I doubt though that will change, so I hope for an hour here and there of quiet and I keep my eyes open for sheep on lorries passing by and keep notes all the while so that my faith - my umbilical cord attachment to my book - is not undone until the book is finished.

How does it feel for you?