Artifice - How to Write a Damn Good Novel. 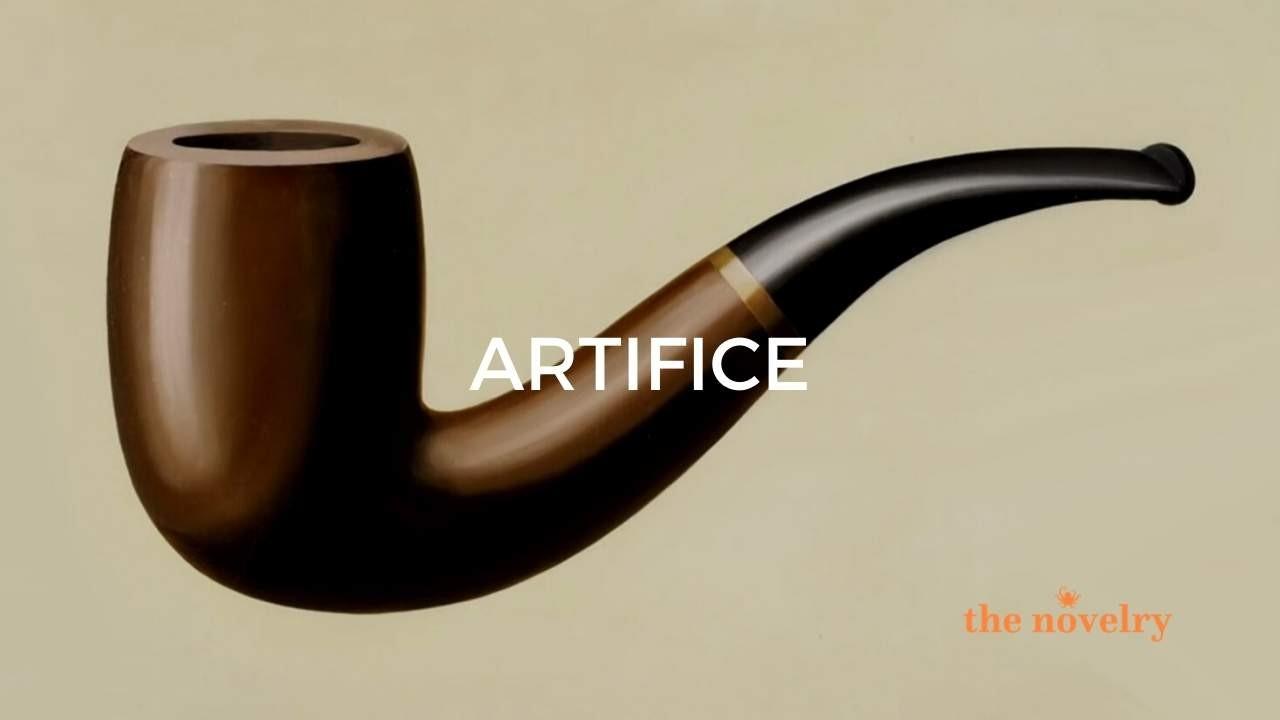 An entertainment requires some stage machinery that's about as sophisticated as a canon that fires one canon ball. We entertainers pull a fast one on the audience in a similar way to the stage magician.

We construct an artifice when we tell a story in the long form and the principle device of illusion is realism.

This is why much of the work I do with my writers in their final drafts I describe as 'buttoning down the detail."

We use lifelike facts to create a diversion. We use verisimilitude as a distraction to turn their gaze from the canon that's lumbering across the stage being pulled by elephants nowhere near ready to fire it's one cannonball - THE END.

We say - look here, this is all seems terribly real and ordinary doesn't it? We say - don't look there! Don't look at the thin plausibility of this chump's single obsession with his mother's boyfriend. Look at the buttons on that coat! Are they like yours? Look at the house, look at the recycling bins! It's all so real, and credibly presented.

When a reader, or the audience, is persuaded that the secondary or subsidiary matter is realistic, they believe the whole. You can get away with anything so long as you've got the number of the bus right, the name of the street, the sound of the rain on the cobbles, and the right flowers in bloom.

To create suspense and surprise in fiction, we draw the reader's attention away from the lack of evidence to support our singular premise and present events and situations and details of low significance and grant them space and status. Using realism as our prose method dignifies the whole so that the reader doesn't look at truth, the reader looks at reality.

We keep the reader busy while we con them, and you can be purposeful about where and when you divert them, you can double bluff them with cliffhangers on matters extraneous while the murderer prowls about the book, smiling sheepishly.

Derren Brown performs an illusion of passing a knife through a twenty-pound note by using an ordinary note, and a special knife which he has custom-built, a knife without a blade. First, he casts suspicion on the honest note by making a fuss about taking it from a special compartment of his own wallet. Doubt falls upon it in the mind of the clever audience member. He places it flat on a table ensuring there is clear space around it to show its importance. Meanwhile, he's got a whole jumble of crockery going on and he's slipped the bogus knife in amongst the pile, a mess of objects not granted space. He keeps his eyes fixed on the note, fumbles for a knife, and stabs the note. He shows the audience the unscathed note and puts it down again in the sacred space. With sleight of hand he picks up a working knife and places it in the same sacred space for the member of the audience to verify.

The mystery is created by the magician's use of space "to focus attention and manipulate status". (Derren Brown.)

The item which deceives, the conceit, is hidden in what seems most real, and that which is truly innocent is given space.

In prose-practical terms, remember my blog advice a few weeks back to use that space return key to create space around what's important, or where you want to leave the reader looking or thinking. In story terms, it's done all the time. On a soap like Eastenders, the lie that's not yet revealed is dropped, and the scene changes. The change of scene in a TV soap or serial is the space return.

So while I am showing you the way my character prepares her roast chicken, you're not noticing that the son's absorption with an age gap and an eviction letter is thin in terms of evidence for the mother's lover being a dastardly con man.

Yes, have a premise for your novel story, but it doesn't need to be credible or complex.  Keep it simple and bold. Because the artistry is in the artifice. Fiction is artificial! (Applause.) It's not real life. (Applause.) It's better.

Artifice in fiction is an illusion created and sustained by realism.

If you keep your reader convinced by the detail, they won't be examining the evidence, so you can relax and keep moving the canon across the stage, light a match to its backside and fire.

'The magician knows that all magic happens in the perception of the audience member; there is no necessary connection between the greatness of a magical piece and either the technical demands or the cleverness of the method behind it. A successful magical career will begin with learning sleights and buying endless tricks, but as he matures, having absorbed many years’ worth of technical knowledge in order to establish a mental encyclopedia of possible means to achieve impossible ends, the performer is likely to eschew tricky and pedantic methods in favour of more gleefully audacious modi operandi. To create a powerful piece of magic through the simplest, boldest method is one of the sweetest pleasures of the craft.'

Brown, Derren. Confessions of a Conjuror .

Authors differ in their uses of artifice. Showmanship, whistles, bells, fireworks that daze the reader are used in extraordinary ways in work of writers like Nabokov for whom a 'flaunting of artifice' is 'not merely ... a technique but also as a theme...'

"Vladimir Nabokov never lets his readers forget that he is the conjuror, the illusionist, the stage-manager, to whom his characters owe their existence." Patricia Merrivale.

This is what Salman Rushdie has described as the hardest part of writing a novel: "The art that conceals art."

So, writers, button down that detail! Do it now, and you'll find possibilities for the storyline which excite you in first draft, do it later and your book will stand firm against the chill wind of the reader's disinterest, but do it you must. If you're looking for help with that first draft, you really should try one of our online novel writing courses - we'll help you get that novel done! 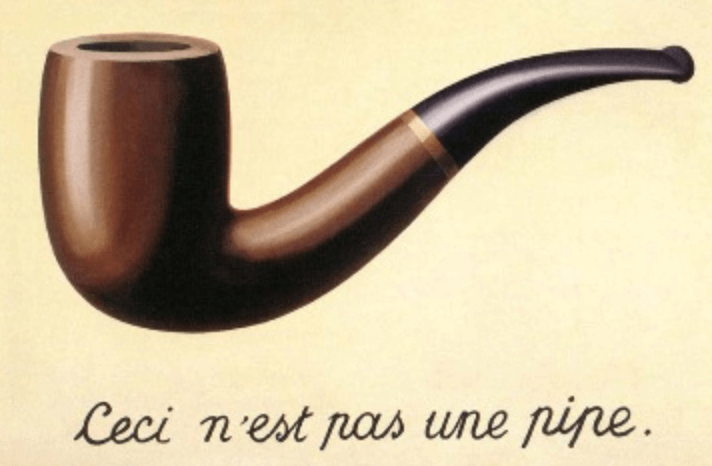 'The Treachery of Images' was painted when Magritte was thirty years old. The picture shows a pipe. Below it, Magritte painted, "Ceci n'est pas une pipe" French for "This is not a pipe." The painting is not a pipe, but rather an image of a pipe. According to Matthew Rose, both the great art critic John Berger and Réné Magritte charged the viewer with the responsibility of working out the real, and ultimately "that which is critical and consequential". How to do that, how to decode reality? "Perhaps only with our greatest tool and its full arsenal of flavours: language."