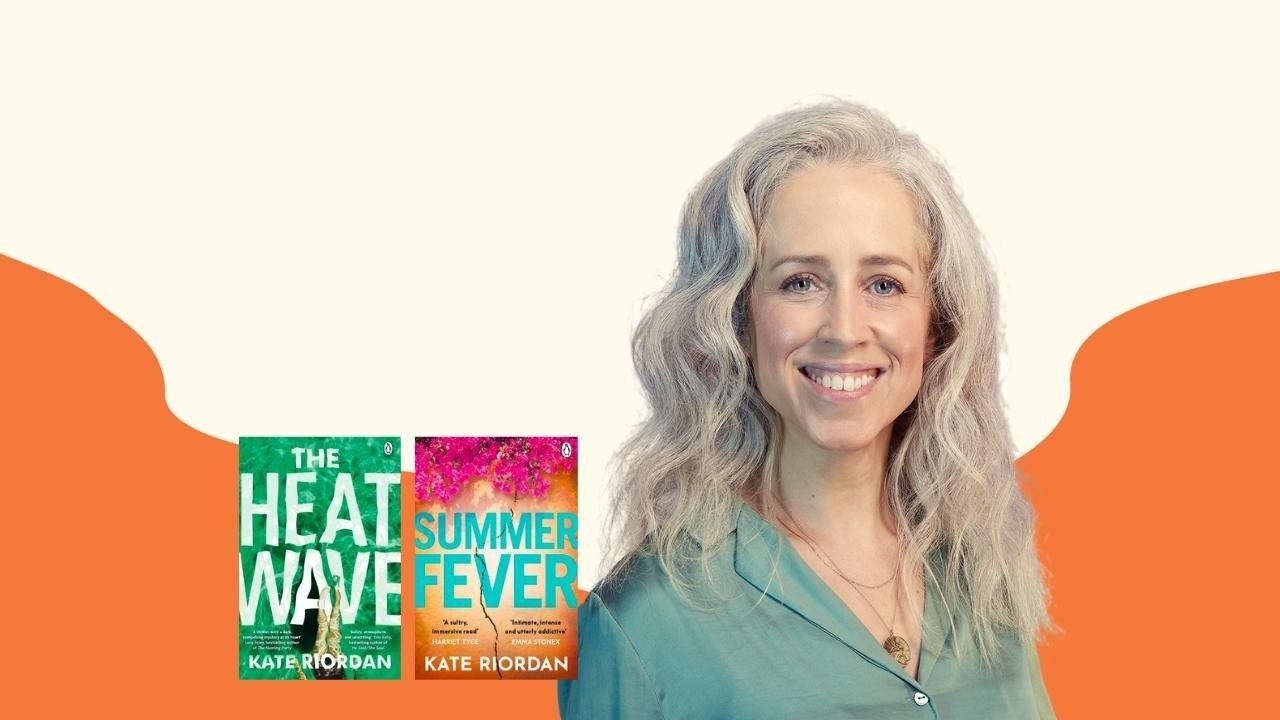 From the desk of Kate Riordan.

While ‘suspense’ as a genre might mean slightly different things to publishers and readers, for writers hoping to position themselves in this part of the market, it’s worth going back to basics.

Suspense is a state of excitement or anxiety about something that is going to happen very soon, for example about some news that you are waiting to hear.
—Collins Dictionary

The dictionary definition of the word itself is the key to why readers love suspense. It’s the uncertainty. God knows why we like it, but we do, at least within the confines of a book – when it’s a safe thrill we can literally hold at arm’s length. But that's if you’re reading it. What if you’re writing it?

Here are five ways to inject a shot of suspense into your novel:

This might sound counterintuitive but think of a rollercoaster ride: the scariest part is that suspended moment at the top, before they let the brakes off. If you hurtle past this to get to the action, you risk squandering the best bit – the bit when you’ve got them, heart in mouth and full of dread.

As a reader, I love the jangling unease of these moments. You know something bad is coming, but you’re not sure exactly when, or what it will look like – and therein lies the suspense novel’s peculiar and tenacious appeal. While scene after scene of high-octane action is exhausting and ultimately numbing for a reader, suspense, with its agonisingly drawn-out tension – the literary equivalent of creeping through a pitch-dark house at night, nerves flaring and skin prickling – will always keep ’em coming back for more.

In craft terms, you can layer up the suspense at chapter level, whole-book level and even in a single image. Rosamund Lupton demonstrates the latter beautifully in her opening to the genuinely un-putdownable Three Hours, about a school siege:

A moment of stillness; as if time itself is waiting, can no longer be measured. Then the subtle press of a fingertip, whorled skin against cool metal, starts it beating again and the bullet moves faster than sound.
—Rosamund Lupton, Three Hours

Suspense fiction is the natural home of unreliable narrators and mic-drop reveals. As Louise Dean points out in The Novelry’s fantastic new The Second Novel Course, the golden rule of writing in this genre is that no one and nothing is quite as it seems. This adds another layer of discomfiture for the reader (it really is a deliciously sadistic business, writing this stuff).

Gone Girl does this with aplomb when (spoiler alert!) Gillian Flynn allows the reader and everyone else in her cast to believe that protagonist Amy Dunne is dead until – ta-da! – we realise Amy has faked it.

My own narrator in The Heatwave, Sylvie, lies by omission to both the reader and her own daughter, with the truth only coming out at the midpoint. Until then, the seasoned reader of the genre will know that a secret or three will be lurking, but is compelled to read on in order to discover the truth.

A word of warning, though. If your big reveal or solution to a complex plot comes out of nowhere and is too convenient, it will fall flat on its face. This is the Deus ex machina problem and sometimes happens when an author has written themselves into a corner. ‘And it was all a terrible dream!’ really won’t wash. Nor will throwing in a random character the reader has no investment in, just to tie up loose ends. A really satisfying reveal will simultaneously surprise and make complete sense to the reader because the writer has seeded in its possibility from the start.

A well-drawn setting can underpin the tense atmosphere a suspense writer is trying to create. As I’m always saying in my tutor sessions, setting can do so much heavy lifting for the writer, so why not make the most of it?

Authors of gothic fiction know this only too well, and have been employing a sympathetic backdrop or pathetic fallacy (giving human characteristics to inanimate things) for centuries. Of course you need to be a little bit wary of tropes here (see Craig Leyenaar's excellent blog on this), but there’s no doubt that an isolated place, extremes of temperature and weather in general, plus plenty of darkness and shadows all still have the power to unnerve readers.

It’s high time I mentioned Rebecca, Daphne du Maurier’s suspense classic and a masterwork of atmospheric setting. It opens with the second Mrs de Winter dreaming of Manderley, establishing immediately how integral setting will be to the entire book, and how like a strange and discordant dream the setting actually is. With the book’s explicit echoes of Jane Eyre, the fire that consumes Manderley by the end feels almost inevitable, the reader carrying the potent dread of it all the way through.

Last night I dreamt I went to Manderley again. It seemed to me I stood by the iron gate leading to the drive, and for a while I could not enter, for the way was barred to me. There was a padlock and a chain upon the gate. I called in my dream to the lodge-keeper, and had no answer, and peering closer through the rusted spokes of the gate I saw that the lodge was uninhabited. No smoke came from the chimney, and the little lattice windows gaped forlorn.
—Daphne du Maurier, Rebecca

This is when the writer allows the reader to know more than the main character does; the literary equivalent of a panto audience shouting ‘he’s behind you!’ to no avail. It has been used to great effect in tragedy forever – think of Othello, when the audience is party to Iago’s Machiavellian asides while Othello himself continues to blindly trust.

If you're writing in third person, this is a really handy device to use when your main character is in danger.

Alternatively, a first-person narrator who is themselves a danger (like Tom Ripley in Patricia Highsmith’s series) can tease and titillate the reader about what he or she might do next.

He remembered that right after that, he had stolen a loaf of bread from a delicatessen counter and had taken it home and devoured it, feeling that the world owed a loaf of bread to him, and more.
—Patricia Highsmith, The Talented Mr Ripley

5. Think about your chapter endings.

A writer can keep the suspense simmering away nicely by manipulating their chapter endings.

A proper cliffhanger is great, of course, ending as it does in the middle of something dramatic, practically forcing the reader to read on. But it doesn’t have to be as explicit as someone’s fingers being peeled off a cliff-edge, one by one.

In psychological suspense it can be something much more subtle and insidious. A small but crucial detail revealing a new facet to a character the reader thought they knew will also have them thinking, ‘just one more chapter…’

And while we’re on chapters, the way they’re structured and labelled can also take up the suspense a few notches. In my latest book, Summer Fever, I begin at the end, in the aftermath of an earthquake which has killed one of the principal characters (of course I don’t reveal who). I titled this prologue ‘Day 14’, and then flashback to ‘Day 1’. This way, the reader is set up to ask the question ‘what the hell happened here?’ from the outset. The idea is that they’ll then tear through the rest of the book to find out… 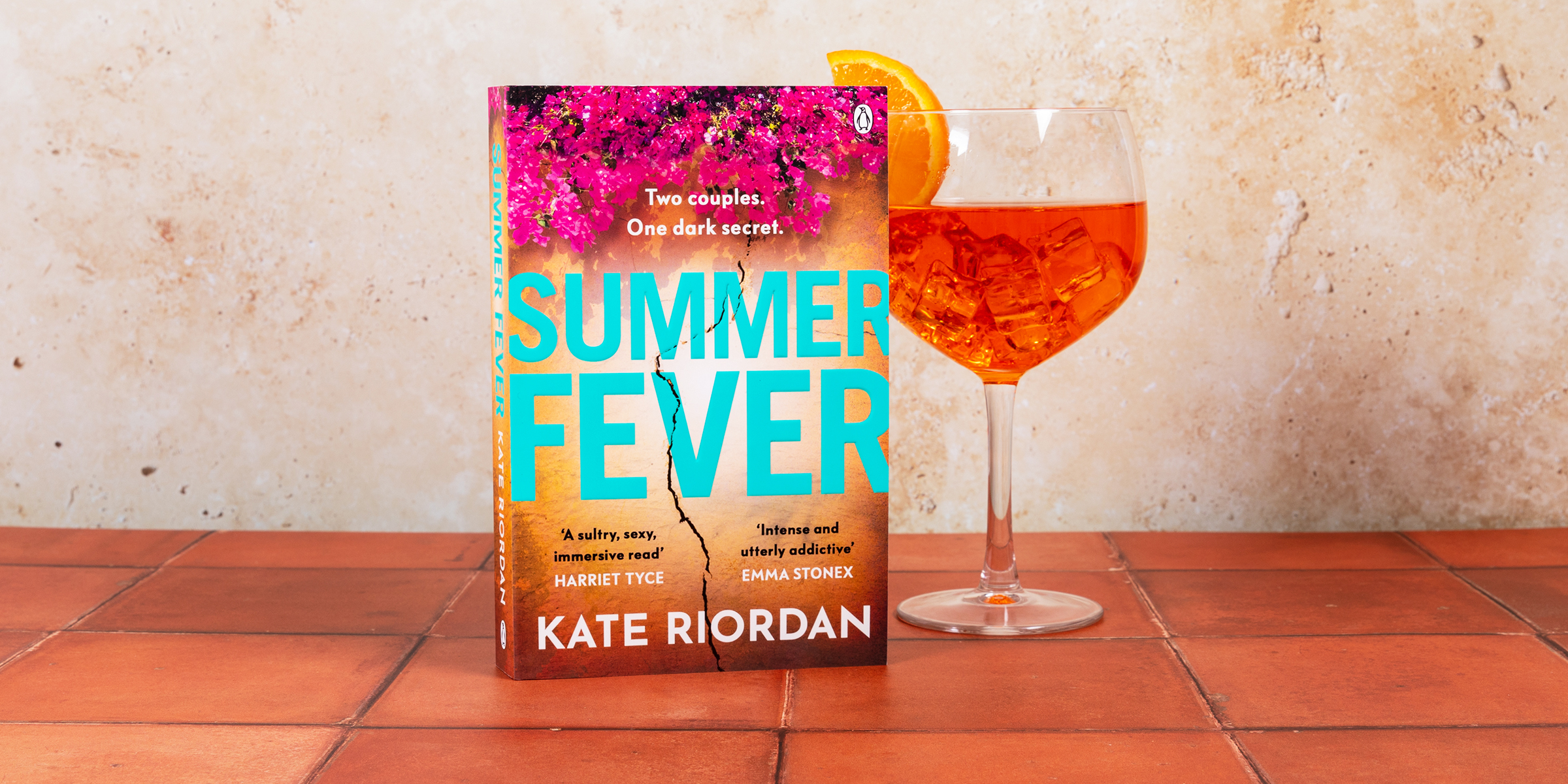 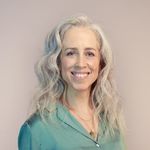 Kate Riordan is the author of five books, including the Sunday Times bestseller The Girl in the Photograph, The Shadow, and Richard and Judy Book Club pick The Heatwave. Kate tutors writers tackling mystery, suspense and historical fiction at The Novelry.