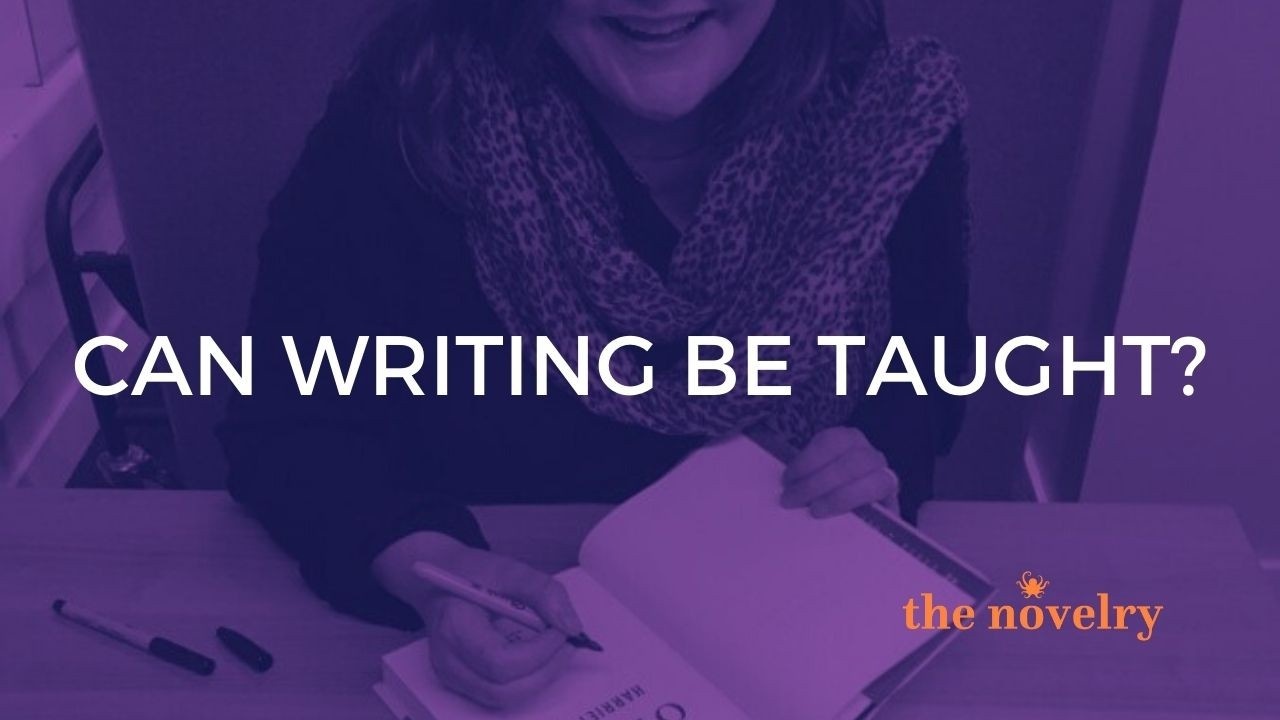 Our new tutor at The Novelry, the bestselling author, Harriet Tyce, weighs in on the big question with her own experience as a student.

From the Desk of Harriet Tyce.

We all remember the good teachers that we’ve had. We also remember the bad. I’ll never forget Mrs Podd, who told my parents I’d never be any good at English (never let it be said that I hold a grudge). Or Mr Marsh, who first introduced me to TS Eliot, and the idea that I might study English at university. He also told me that my poetry was too self-indulgent. (I found some recently – all I can say is that he wasn’t wrong.)

A course was my first introduction to writing; a course led me to being signed by an agent, and ultimately being published.

From the Desk of Nikesh Shukla.

It’s the only way I know how to write and the only thing I like to read. I’m not interested, as a writer, in intellectual gymnastics. I am not bothered by experimentation for its own sake. I cannot spend time with characters who are cyphers for an author’s grandstanding political point. I want your blood on the page.

Because otherwise, what is the point of this big undertaking? Why write a novel? A novel is as the old saying goes, a sculpture you’ve made after many attempts to shovel sand into a box. A novel is a moment in time, a...

'Marry me, Juliet. You'll never have to be alone.'

The end of solitude? Or a value choice? What's behind a love story? In a time in which we are all ragged, estranged, and feeling peculiarly close-to-the-edge sentimental, our blog this week explores a different kind of love story. One in which you can make peace with yourself. So if the events of the last year have left you in a bruised and battered relationship with yourself, a 'golem' as one writer recently described it, then here's hope. Happy Valentines, writers.

There’s a passage in the brilliant closing chapter of Jess Walter’s Beautiful Ruins which goes:

‘This is a love story, Michael Deane says. But, really, what isn’t? Doesn’t the detective love the mystery, or the chase, or the nosy female reporter, who is even now being held against her wishes at an empty warehouse on the waterfront? Surely the serial murderer loves his victims, and... 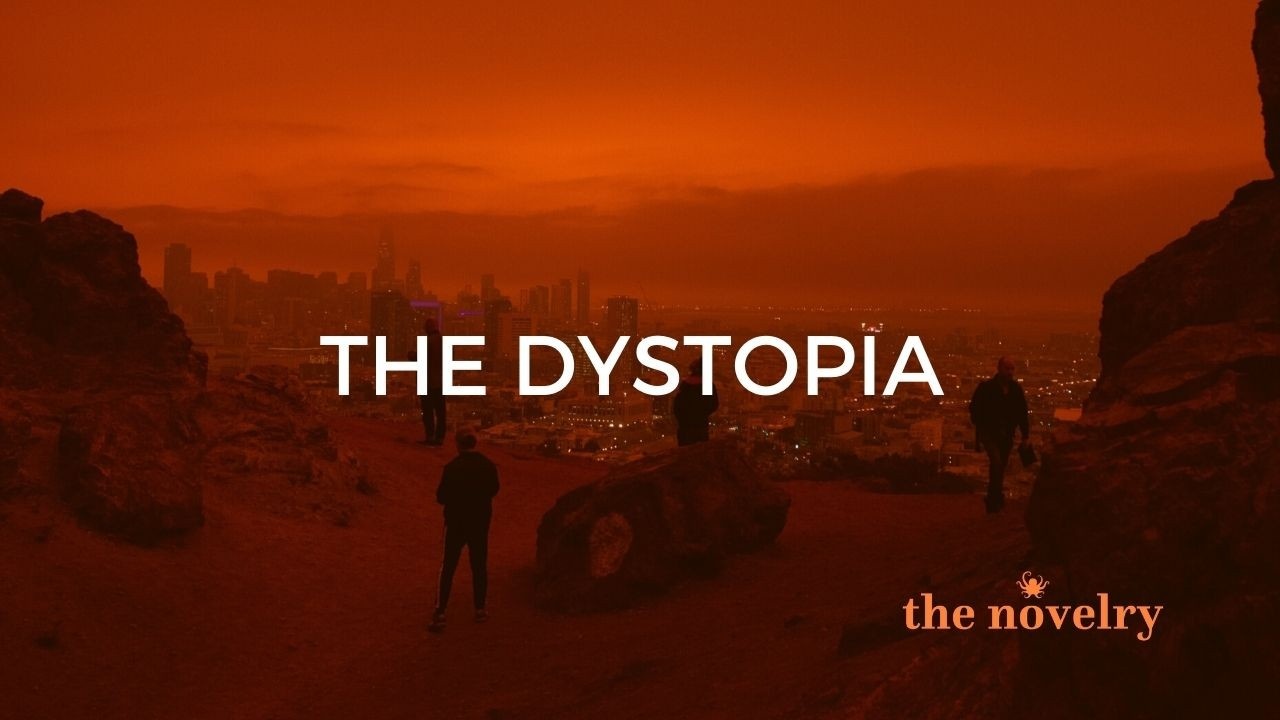 From the Desk of Polly Ho-Yen

It feels like a confession I have to make. I see their eyes glaze over a little when I tell people because really, right here, right now, why would we want to sink ourselves into a world with an inescapable, nightmarish quality built into its core?

I didn’t mean to do it, I sometimes say, remembering how it began.

It started with a sentence: ‘Mimi was three the last time that I saw her’. I only knew two things as I blindly wrote these words: this story was set in a world where parenting was being monitored to an excessive degree and the mother, my protagonist, would be separated from her young daughter.

I shudder now to remember how little I knew going in.

I’d had the idea about parenting being monitored after experiencing school inspections as a teacher. They’d filled me, and my colleagues, with such dread, cloying paranoia and a constant sense of failure that placing a...

Silvia Molteni is a literary agent at PFD. Peters Fraser + Dunlop (PFD) is one of our twelve partner literary agencies. We submit our writers work in preference to these warm-hearted, reputable, leading agencies who act on behalf of authors globally to secure enviable publishing contracts with The Big 5 publishers worldwide. It's a mutually rewarding arrangement. Our partner agencies look forward to seeing our work, as it's of a reliably high standard, and in return they come back to us like lightning with their thoughts. No slush pile for our writers.

Our agents pop into The Novelry from time to time to give our writers a heads up on what's hot in the publishing world and how to ensure your novel is firing on all cylinders, and the wonderful Silvia Molteni will be joining us Monday 1st February at 6pm for a live Q&A session. A chance for our writers to get their questions answered and meet the agent in person. Putting faces to names is a huge pleasure for... 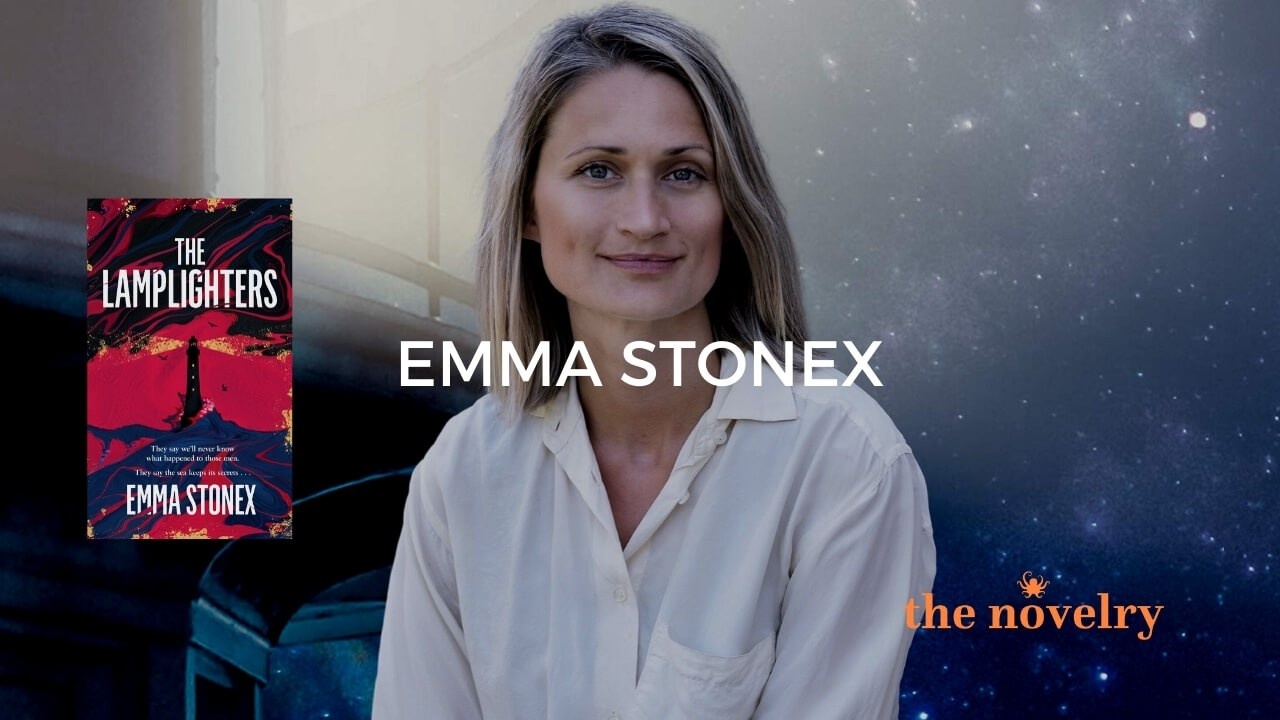 Emma Stonex is the author of several books written under a pseudonym. Before becoming a writer, she worked as an editor at a major publishing house. The Lamplighters is her debut novel under her own name. It's the eagerly-awaited 'super-lead' title for Picador, published this Spring.

Emma will be our guest author for a live session for members in March.

From the Desk of Emma Stonex

I wrote nine novels before the one I knew nothing about. There aren’t any lighthouse keepers in my family, I haven’t (thank goodness) mourned a missing person, I don’t even live by the sea. The Lamplighters isn’t based on my experience on any direct level, and yet strangely it’s the only story to date I’ve felt an urgent need to tell. The advice is to write what you know, but I’m not sure I agree. Writers are curious. If this isn’t a job about occupying new worlds, what is?

A writer’s trade is her imagination.

She has a responsibility to learn about... 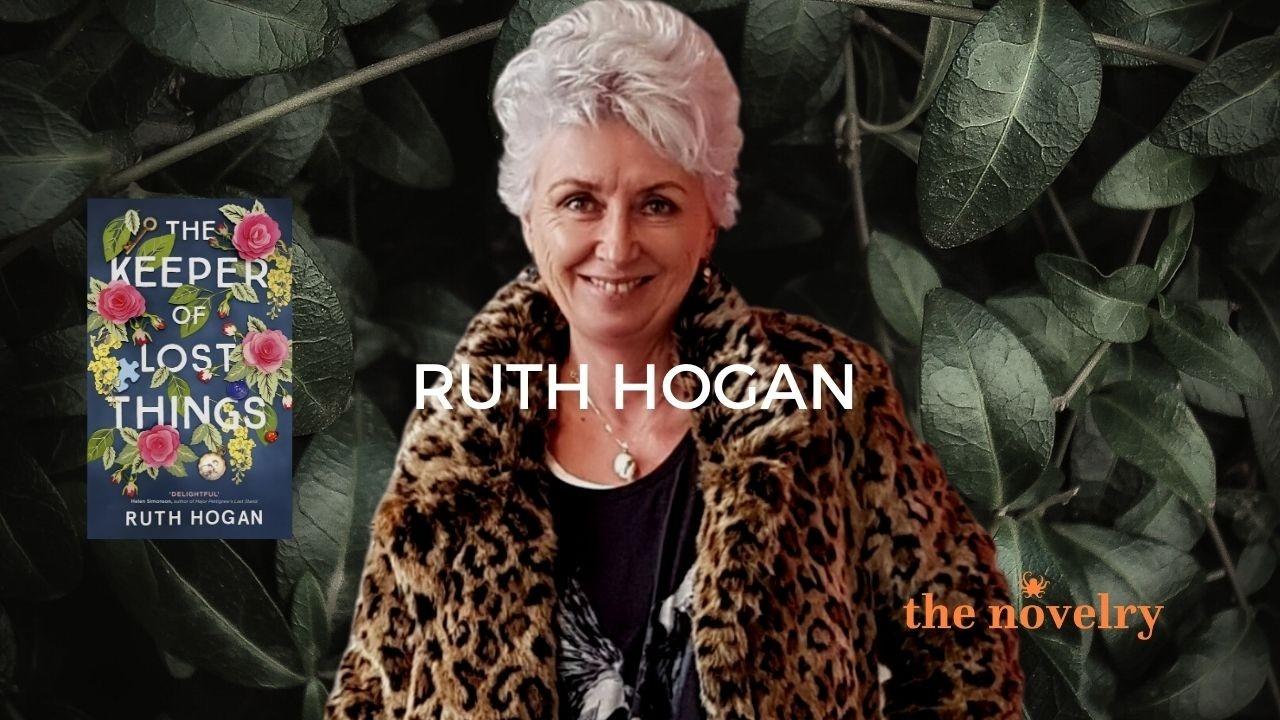 Ruth Hogan will be our guest for a Live Session at The Novelry on 15th February.

Ruth Hogan is the bestselling author of the Sunday Times bestseller and Richard & Judy Readers' Award winner - The Keeper of Lost Things. She's the author of bestsellers - The Wisdom of Sally Red Shoes, Queenie Malone's Paradise Hotel and the forthcoming Madame Burova (due to be published April 2021)

From the Desk of Ruth Hogan.

For me, writing isn’t a choice – it’s an obsession. A compulsion. Getting published was better than winning the lottery (and the odds were not dissimilar!) and I count myself lucky every day that I get paid for doing what I love.

But even if no publishing deal had come along, I know that I would still be writing at every opportunity. I always describe myself as a ‘method’ writer. Whenever I start a new book, I surround myself in my writing space with pictures and things that relate to the plot and the characters. I create... 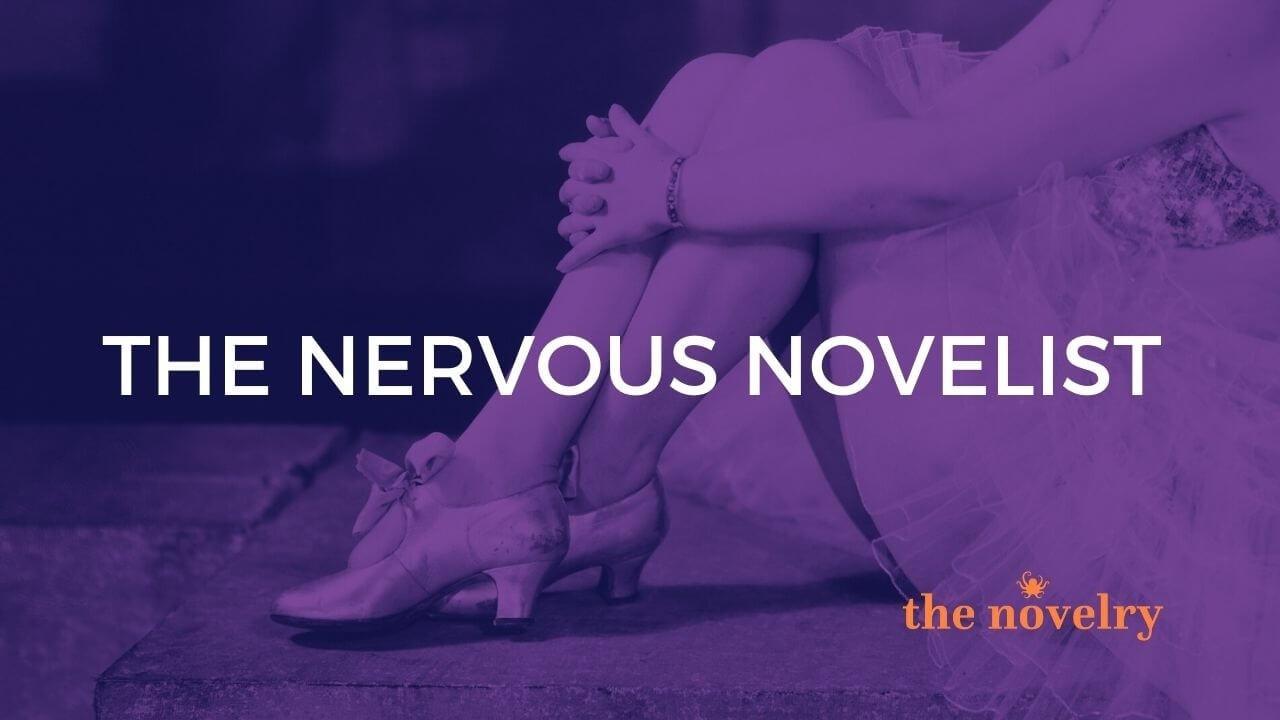 'Every writer I know has trouble writing.'

Almost 99% of writers exist in a state of some doubt that they're any good at this writing business. The other 1% aren't very good at it.

Only a fool thinks their writing is much good while they're mid-novel. Sure, you get flashes, moments, in which a line soars, an insight cuts, or a mysterious space opens up and you think - yup, that's why I do this. And even, damn that's good. But mostly one goes to the manuscript word document in a state best described as faintly appalled.

You're not alone. Confidence is quite properly an elusive quality for this craft. You'd be useless with too much of it. Confidence and doubt keep the work human and humane, and above all else tender. After all, the novel is the art form singularly concerned with the frailty of the creature that knows God but is no god, that has the appetite of an animal, but is not quite as reliable.

We seem to see our novel as the... 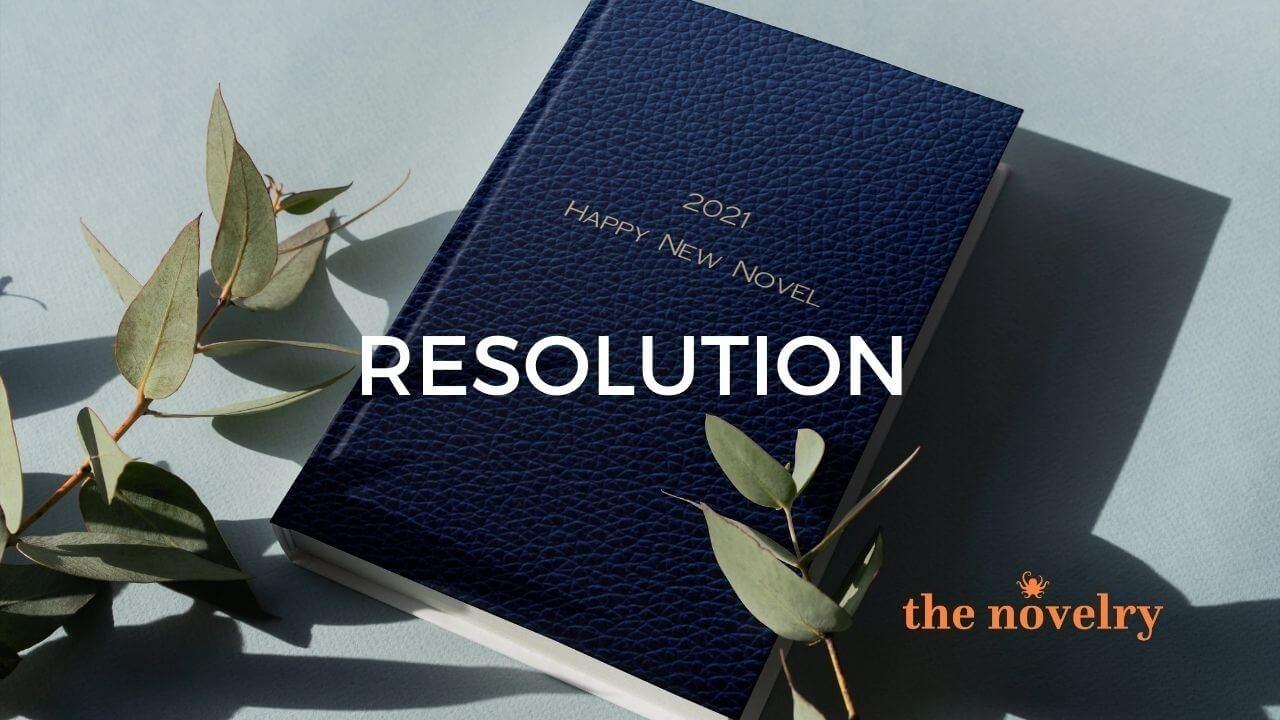 Someone once said to me, ‘It’s a shame, isn’t it, that being a writer was your dream but you don’t really like it’. I turned to him, completely taken aback. ‘But I love writing!’ I said. He laughed. ‘You’ve got a funny way of showing it.’

He had a point. I know quite a few writers but I’d never come across one more resistant to the actual writing than me. ‘Just do a little bit every day!’ well-meaning people would say, to which my answer was a bitter laugh. Every day? I’d gone weeks without even opening my work-in-progress. Obviously, the guilt was crippling.

I wasn’t unique in this, of course. A cursory trawl on Twitter revealed plenty of writers discussing their displacement activity of choice: manic decluttering, doing their tax early, watching videos of dogs launching themselves into piles of leaves. Anything, anything, not to just crack on and write the...

I’ve recently been dipping into The Gifts of Reading, a collection of essays and literary love letters from the likes of Robert Macfarlane, Candice Carty-Williams, and William Boyd, full of personal meditations on the power of gifting stories. For Robert Macfarlane, whose initial essay The Gifts of Reading inspired the project, the book he gives, again and again, is In a Time of Gifts by Patrick Leigh Fermor. The latter is a particularly resonant, if not bittersweet, title for these times, where we’re trying to focus our gratitude and count our blessings, and reach out to others in need; to do, simply, our best.

A recurring idea in The Gifts of Reading is that giving someone a book is a particularly intimate gesture; you profess to know their soul and are serving it accordingly – which perhaps makes it risky gifting territory for some; I’m sure we’ve all had those conversations where we can’t believe that a friend, so...